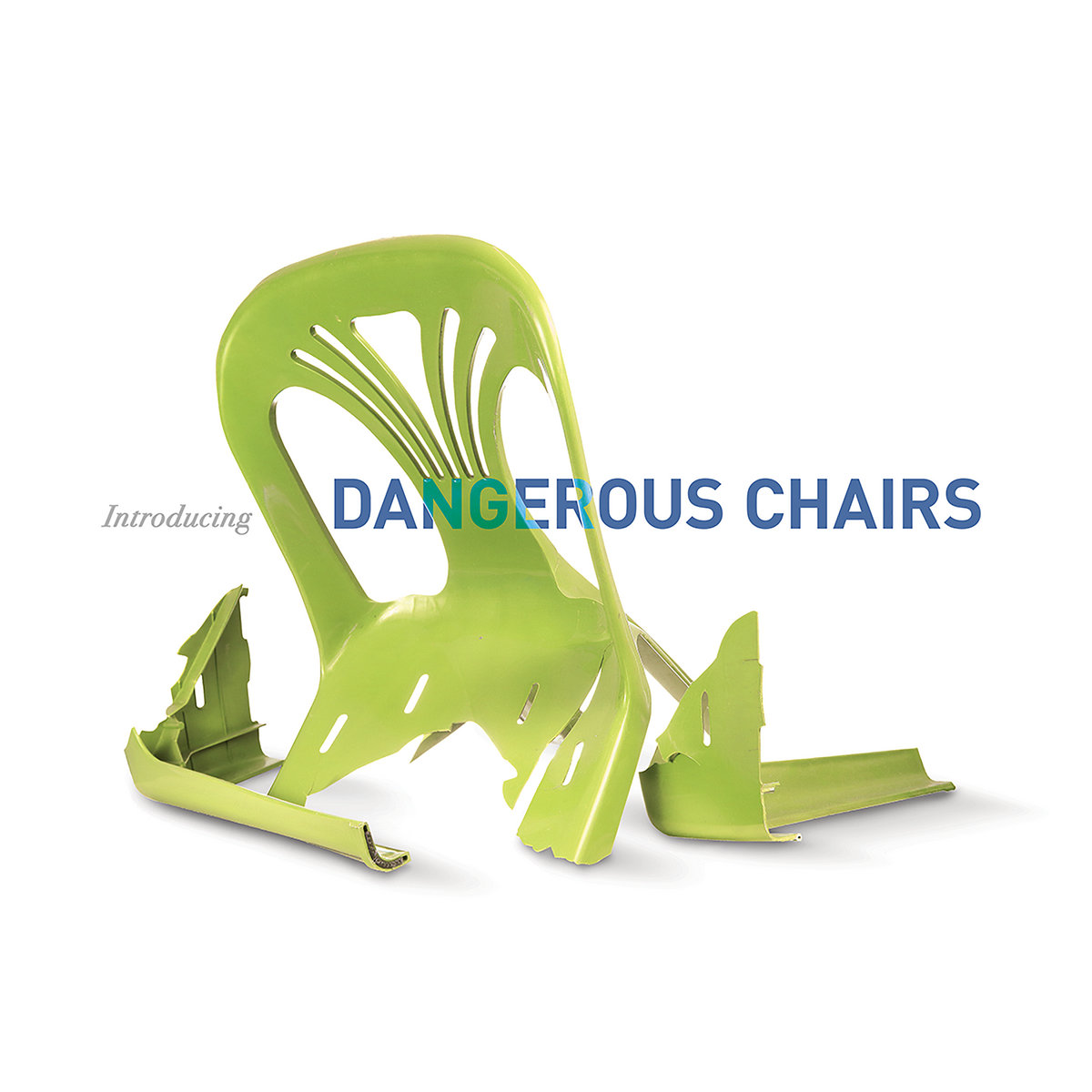 Chicago’s Dangerous Chairs describe themselves as “dark rock with exposed punk roots.” One listen to the quintet’s ragged guitars tells you that they’re from Chicago. But they’re slippery – one minute, I hear Bob Mould influences, the next minute it’s ALL; hey, is that an echo of Slint that just flew past?

Definitely an act honed and focused on live gigs, the songs and performances mostly hit the mark. Solid songwriting and arrangement, fine musicianship, and a varied approach to rocking like a hurricane lead to high points like “Jeweler’s Lens” and “Rooftops.” Lows are limited to the songs “Plenty of Room,” which seems to be written and recorded by another band entirely, the I-think-it’s-supposed-to-be-positive-and-inspirational “Follow My Lantern”, and the majority of the backing vocals, which seem well-intentioned enough, but Dangerous Chairs are not the Beach Boys, and they should stay out of that sandbox.

Introducing Dangerous Chairs would work better as a ten-song record, but it’s a solid and rocking first effort, and well worth a listen.