Elegant austere treatments of Hemphill compositions. All
recent realizations of pieces. Tense start w/ suspicious
strings and inquisitive piano, a lot of pressure for
“One Atmosphere.” Next “Savannah Suite” has percussion
unlike the other pieces here; Pheeroan Aklaff’s rattling
and rolling and hi-hat/cymbal riding hit the spot. That’s
the most this release swings…everything else is stately
and cerebral. It is nice how the Marty Erhlich’s playful
flute on “Savannah” hands the torch over to the more
somber flutes that commence “Water Music”. The second
suite section with its array of horns recalls the World
Sax Quartet (founded by Hemphill) and is reminscent of
ROVA too. By the third section, a thick driving groove
of saxes marches in beneath a return of the flutes, and
rides that rhythm till its squeak and flutter finish.
The “Backwater” closing has a last call boozy flavor
though still poured into a crystal champagne glass.
Hail Julius, RIP April 2nd 1995.

A collection over time and timbre of Harrison’s
percussion music. Extremely melodic (often tuned
instruments, percussive and otherwise) give flesh
to these soothing numbers.) William Winant leads
his group through some numbers that are fun to hum
along to, honest. Gamelan flavors come through on
various works…as does an air of celebration.
Harrison worked on the left coast, Santa Cruz as
a “maverick” composer long before that tag gained
any sort of notoriety and evidently was quite
supportive of many musicians, local and worldwide.
Sadly he died earlier this year, the music here
will be around long after his demise…indeed, it
seems almost as if it existed long before him as
well…he merely was able to help it flourish
within chamber captivity. This music will grow
vines over speakers in harsh climates…

Grubbs, David “A Guess at the Riddle” [Drag City]

Quizzical vocal phrases mix with metaphysical lyrical daze
to create an album that attains greatness, at its own pace.
The master Gastr del Sol still shines, joined by a bunch of
guest angels dancing on the pins and needles he calls songs.
His guitar sort of scribbles away, busy not furious. His
piano is like really nice ice water, nothing fancy but
mighty refreshing. It gets poured on more during the second
half of the album. His vocal delivery is wild-eyed while
relaxed, just the right pitch for the wonder of his words.
He’s working here some with Hannah Marcus, whose recent
effort was awash in its own charm. Maybe she’s functioning as
his muse, who knows? But this album with every listen casts
the longer and longer shadows of masterpiece.

John Corbett’s gotta feel proud about unearthing this sonic
document for his Unheard Series. Check out the release notes
that trace Guillermo back to his Argentinian beginings, very
informative. The album itself is wild and wooly, with the
latter third a foray into the familiar unfamiliarities of
free jazz…including two splendid multitrack excursions
(#15 – the sax piece seems to fight against itself, while
#14 – the clarinet seems to be one mind with many mouths)
The first third of the CD showcases a gritty Pierre Schaeffer
in-flux-uence. Scrapey and tink-plinky under-the-hood
piano on #1, tape time travel of bells on #2, on #4/#5 the
star is not the clarinet or voice so much as the sounds of
40-year-old tape, and the slipperiness of its sound. The
middle third is my favorite, as we get various eclectic
ensembles making music in micromoments. #6 verges on non-
existence, but #7 after a raspy start gets into hiccuping
percussion and then drunk strings, then some hummingbird
sax. #8 is a spooky spine-tingler, #9 is muy guapo with a
probable cello-player and haunting vibes/accordion action.
#10 fits between musique concrete, Albert Ayler & Caroliner.
Music from the planet of Outer Otra.

You’ll think this Dutch doll had more than one mouth after
listening to this series of solo renditions of songs/poems.
A couple of covers that are definitely her own, including
the Joan Baez number at the end that makes this a really
personal release; a lullabye for the exhausted mother. Plus
a cover of Abbey Lincoln is always going to be a winner. On
other tracks she tweaks her tonsil like a koto (#4) or gets
breathy whispers like a bansuri flute (#5) or brraps like
a muted trombone (#9). A vocal master of impersonation.
Things get a touch Tuvan at parts, and well a touch touched
at times too…but NEVER touched up. As far as I can tell
somehow Barend Minks dropped some mics down into the
acoustic caverns in Greetje’s soul…whole lotta room, and
a whole lotta reverb down there. Get in, shut up, sit down
and listen…

Get Hustle “Live at the Little Fawn” [self released]

our-only CDR for this Los Angeles three piece/no peace. They
whip up relentess rock led by Mac Mann’s electric piano which
undergoes cardiac arrest. Ron Avila (Holy Molar, Chromatics)
whips up a percussion slugfest. And there’s blood spattered
all over the sneering tough-enough-for-one-g girl singer (as
in one who singes) Valentine Falcon (nee Husar?). She’s got
a sort of drooly swagger kinda 70’s dirtbag rock. Apparently
they have frightened off all guitarists who normally pine for
such rock, well that’s a good thing..but Get Hustle might pay
too high a premium for authenticity, sacrificing any semblance
of polish. The songs here are sweaty, exhorting, gamey and a
bit samey. They are all live, which can attribute to that. My
favorite section on each tends to be the opening where they
let the stormclouds brew, Mann’s piano gusting some reverb
feedback, and sort of hovering before the huffing-and-puffing
kicks in and they kick out the family jams and jewels.

Giant Haystacks “We Are Being Observed” [Smart Guy Records]

Named after a famous British wrestler, this Oakland trio is
decidedly leaner. Spry guitar sparked rock. The album’s
initial three songs are brilliant, and create a momentum
that is hard to sustain. Seriously, every time I listen to
those first three I think this is going to be one of the
greatest albums of all time. They have a nice device of the
next song often leaping in on the tail of its predecessor.
Watch your segues. And pull your old Ex records. Speaking of
the Ex, these guys are best off when they likewise lyrically
vote their songbook. Less looking through a child’s eyes…
The busier the bassline, the better as well. Brittle guitar.
Vocals are drawn and flat at times, but then again the band’s
charm is built upon its complete lack of pretension. So that
tends to work better with talkshout vox. Goddamn it, I gotta
listen to those first three songs again. Plenty of pins and
needles in these Giant Haystacks.

Ida No yelps and screams with the best of
them. Glam slammed rock…she’s traded in
her Bowie bent this time for a Bryan Ferry
fix. Her voice still has a unique frenzied
whorl to it. Johnny Jewel’s guitar is a
leather clad shark swimming around the
tank. More anachronism than anarchy…but
pure fun nonethelees. The Roxy Music cover
slips down through some tar pits to a drum
solo finish. Retro and active. 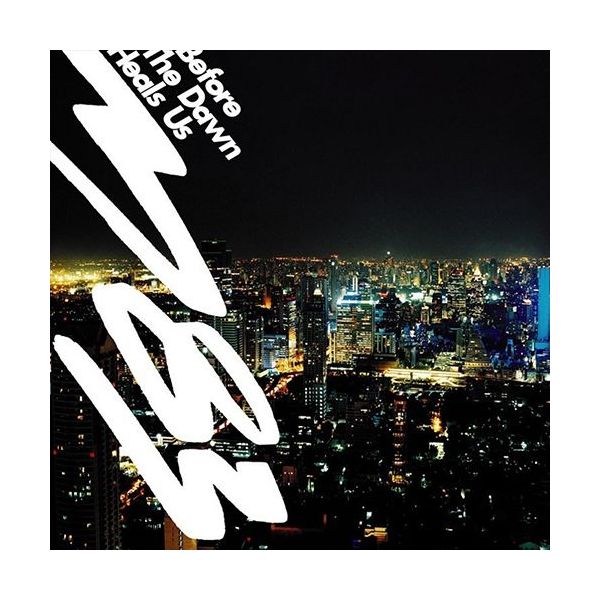 Taking their name from a distant galaxy, the duo of
Anthony Gonzalez and Nicolas Fromageau (pronounced
From-a-zho) from Antibes, France, make beautiful,
otherworldly music that sounds like it could have been
lifted from a sci-fi movie. These two have traded in
their guitars and punk aesthetic for a supremely
lush, melodic sound that sometimes has that weightless,
floating aura that hasSigur Ros stamped all over it, and
at others has the driving fuzz blast of the My Bloody
Valentine shoegazer set, both of which mark them out
as absolute winners in my book. It’s a mix of vocal and
instrumental tracks, with the 10-minute finale being the
icing on a delicious cake that will have you ditching that
diet you’ve been hating and coming back for much more.

Indeed, Kagel’s humor is not the kind that makes you laugh. Pianist Tharaud & friends present 5 of the composer’s mid-career works. An underlying theme to these works is the re-presentation of “classical” ideas in a Darmstadtian vein (Beethoven, Liszt, & Chopin for the very discerning ear). Another theme would be general melancholical humor. “MM51” and “Rrrrr…” can also be found elsewhere in our library. The real gems are the ensemble piece “Ludwig Van”, an homage to Beethoven replete with whisperings, gurglings, and “Freude!”s, and “MM51”, a piece for piano & metronome which plays like The Tell-Tale Arhythmic Heart – replete with finishing maniacal laughter – be sure to play this track to the bitter end.