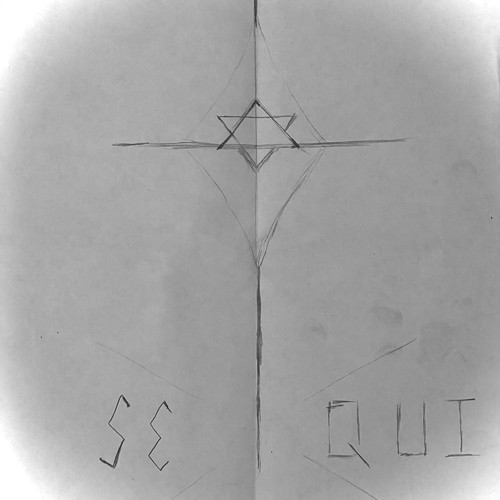 Perhaps the strangest piece of smoldering horse-shit genius I have had the fortune to review since joining the station. Dispose of the confines of genre, dispense with sensical tuning or established structural norms. Reason and logic have no place in the world of Robert London and Ferg Ferg. Vague allusions to the recognition and worship of a Christian god and what appears to be fairly traditional instrumentation, albeit with a considerable amount of reverb (and many likely synthesized), are the only thing I warrant you will find familiar. I’m pretty sure there is a drum kit and an electric bass and I imagine that these two marvels will simply mic the room and switch instruments when the whim takes them to improvise. Attempting to upend what music is fundamentally to remarkable effect. This is an album that utilizes an astonishing level of creativity while ignoring almost all other attributes of sound that one might find meritorious. This is outsider art to its core, with a hint of mental illness, and isolation, perhaps cloistered in the chapel band room… shades of Henry Darger though slightly less secular. Bongos, bass guitar, synthesizer perversion, mostly off pitch vocals, Jaw-harp/reverb-majoris, organ, some shuffling meters and distorted R&B elements, a considerable amount of panning and other effects in post, didgeridoo, in-the-red harmonica, harp, cabasa, muddy abstractions and other items one might find in a box in the back of a church’s band room, Ie: rain-sticks, shakers, tambourines and the like. Se Qui sounds to me like something that was recorded in the day, with the sun at its zenith, a brilliant white light streaming in through windows. Diurnal and disturbed. A unique, hand drawn pencil on photocopy paper and the sharpie enblazened cdr lends credibility to my theory of sequestration in a church… they probably employed those tiny pencils without erasers that are often found in the pews for marking your King James up or noting your donation or for whatever they were intended. To be honest I don’t know what they’re for but in some ways they are an excellent symbolic representation for this album; you can be creative with them, but probably shouldn’t, instead waiting until you have proper equipment and vision. Inspired by something deeper than the monotony of Sunday worship.If you have no idea where to begin (absolutely appropriate) might I suggest tracks 3 & 9, Ichabod and Puissant respectively? And be baptized in sound knowing that you’ll never be able to unhear these modern psalms. 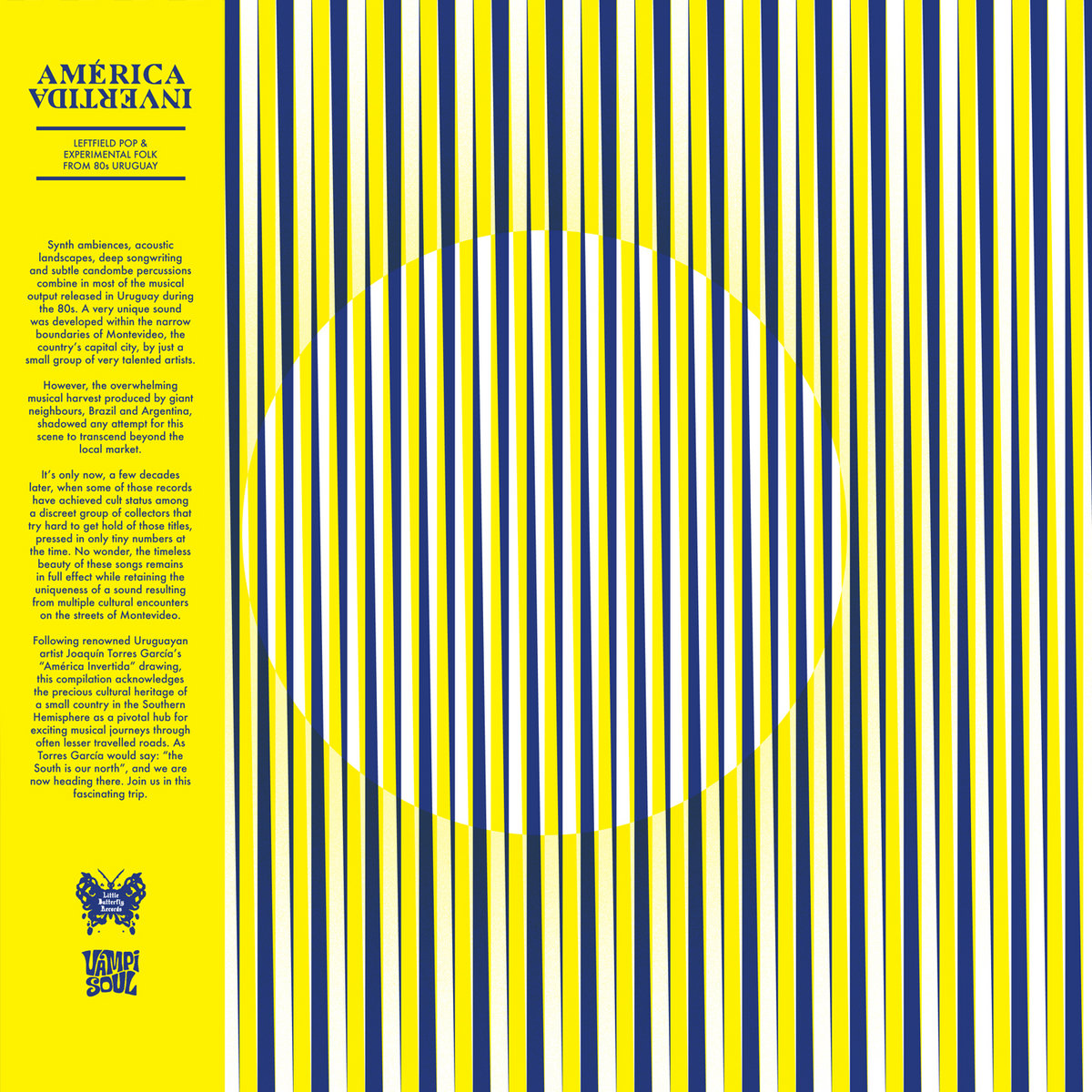 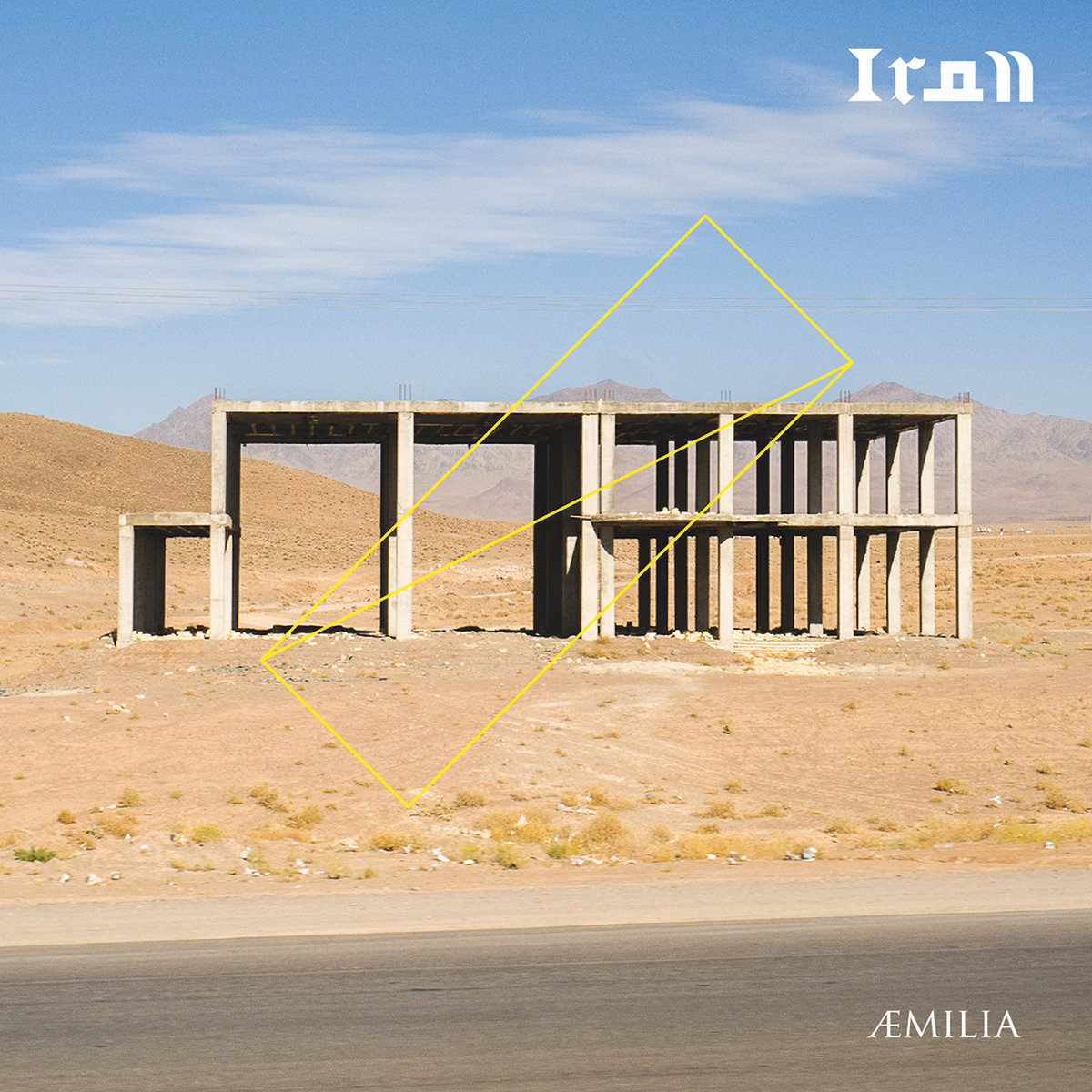 This is the debut album from this trio from Reggio Emilia, Italy. Nazim Communal and Andrea Silvestri started as a improv duo in 2015. They’ve since evolved, getting a drummer and creating seven really distinct pieces that run the gamut from psychedelia to rock, noise to electronica. Ranging from 7-10 minute, these excursions take you from the driest desert to the darkest parts of our universe. Dusty keyboards, reverb walls, other-worldly grooves, and hidden samples. Tasty… 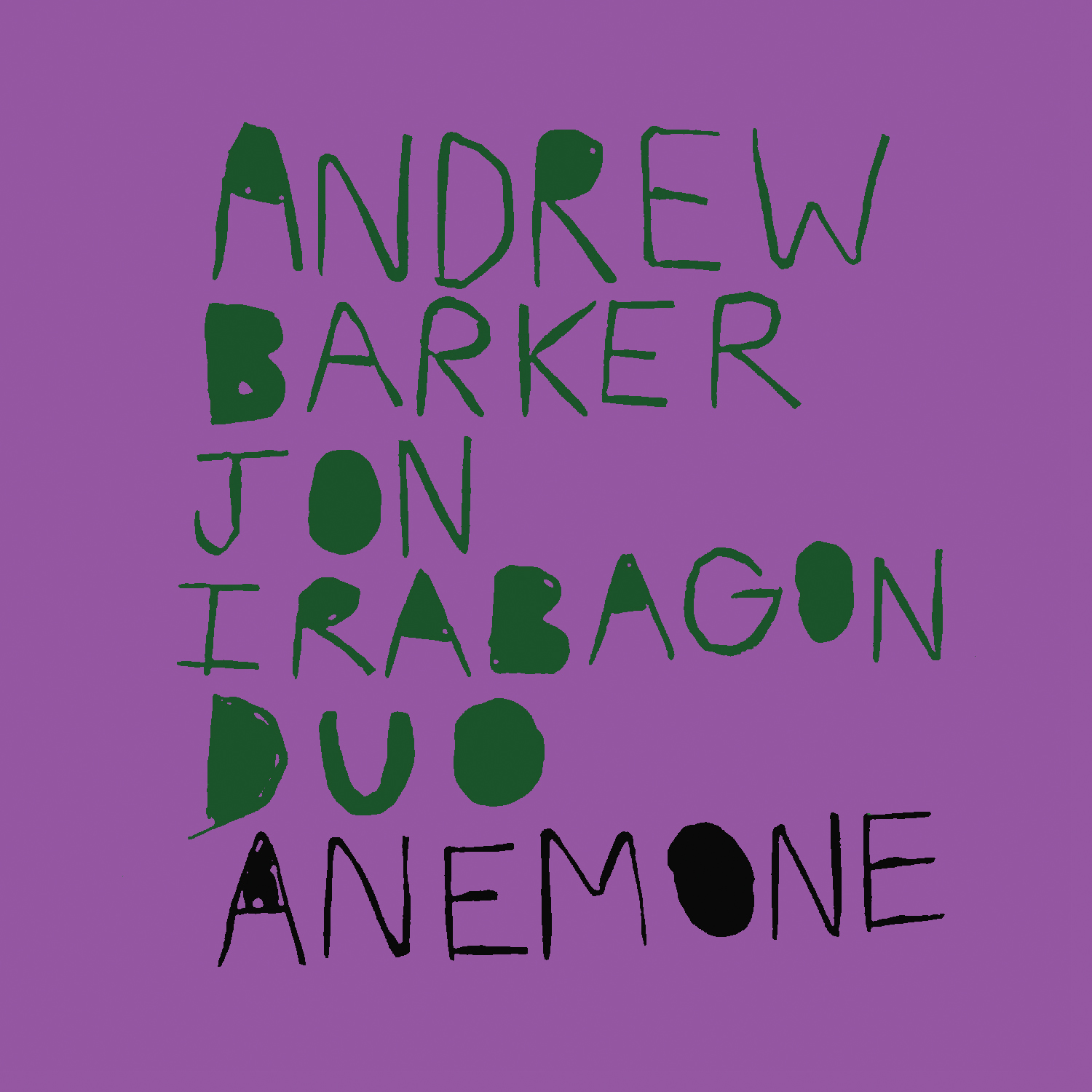 Drums and tenor sax duo. Free Jazz Explorations. Inspired and interesting interplay. I can recommend each track individually, but listening to the whole CD in one sitting is somewhat exhausting. Free jazz drums/sax duet records tend to be like that for me. I can’t help it–after a while I’m like where’s the upright bass dude? Four adventurous tracks here, 11 to 14 minutes each; pick one (or two) and you can’t go wrong. 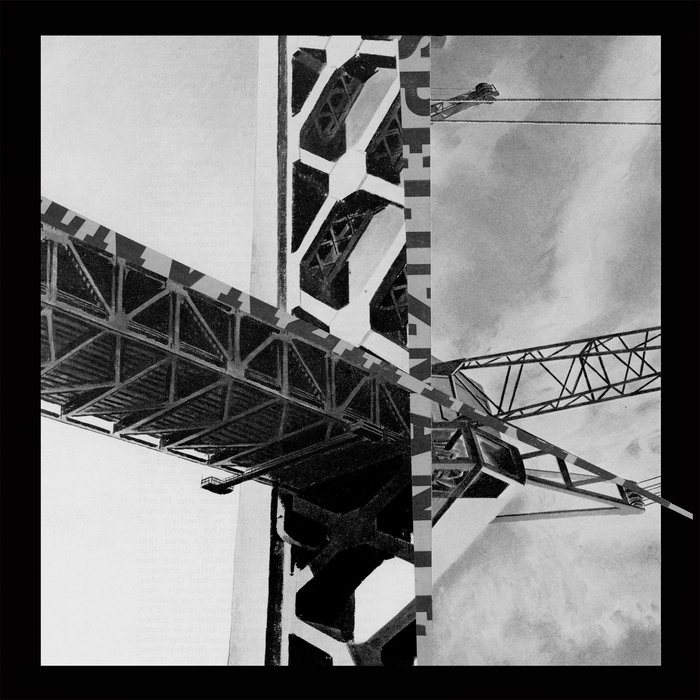 Abrasive noise rock with pounding machine beats, seething electronics, and semi-sneering talk-singing. I was not familiar with White Hills, but I have been reading other reviews that portray them as guitar-driven and psychedelic. This CD isn’t like that at all. I would describe it as urban-sounding, synthetic, and damaged. There are a few noise pieces that only last a minute or two, and sometimes just a few seconds. Dave W, one of the two constant members of this prolific, long-running project has said “I’m very conscious about making the records sound different from each other.” Quite so. If you know White Hills from their previous releases, this one may surprise you. 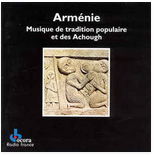 This is a compilation of 26 tracks of Armenian folk music. The first 16 teacks are love songs, work songs, legends, laments, historical songs, songs of emigrants, marriage, funerals, lullabies… Tracks 17-26 are “Music of the Ashugh“. An Ashugh is a combination musician, poet, song writer and story teller (like an itinerant bard). This music dates back to the 17th century. Sometimes these songs relate historical events or extol the merits of particular people. Their principal theme is usually love. These songs are accompanied by the kamantcha (a 3-stringed viol), the kanun (a zither), the tar ( a lute) and/or the doudouk (an oboe-like instrument). AArbor 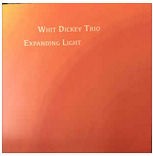 Whit Dickey made a name for himself as the former drummer of David S. Ware’s famous quartet. Since then Dickey’s musical contributions have gone well beyond his work as a drummer. Dickey is also composer. In recent years he has been recording with small groups. Here he plays with a new trio: his long time collaborator alto saxophonist Rob Brown, and an amazing young bass player, Brandon Lopez. Dickey described the experience of recording with his new trio as “incessantly and mightily grabbing the dragon by the tail, and not caring.” In other words, losing oneself to intangible inspiration, wherever it may lead. The result is a visceral ferocity that is very appealing. AArbor 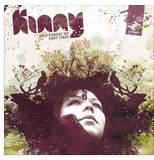 Kinny whose name off stage is Caitlyn Simpson, released this full length on Tru Thoughts in 2009. She was born and raised in Canada and her family heritage is a mixture of Jamaican, Native Canadian Indian, French and Swedish. Trained as an opera singer her singing style and attitude is more jazzy soul. Here she partners with other label mates to create some tracks with a spunky attitude. “Forgetting to Remember” will always be my favorite but the other tracks are also very fine. AArbor 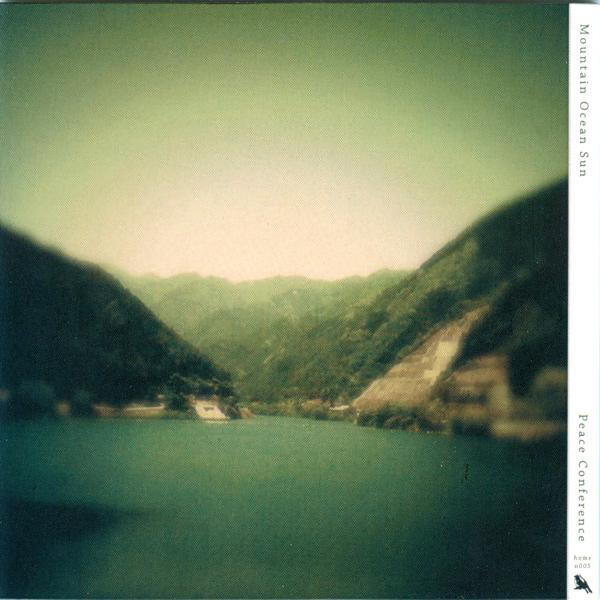 Understated, meditative vehicle with allusion to aural healing. Ambience for introspection. Sublimity slithers through this single sixty-four minute piece executed thoughtfully by an international quaternity. A measure of Buddhist teachings appear to inform this project with their first performance taking place at a five-hundred year old temple in Osaka. Perhaps an excellent accompaniment for ritual nature worship, drain your dour perspective in drone. 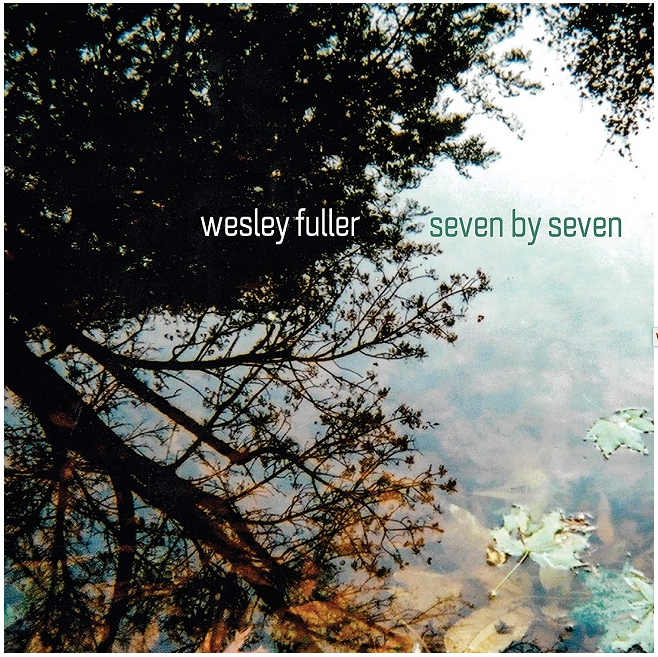 Wesley Fuller died at the age of 89 as this, his first full length release was about to be pressed. He was a pioneer in the field of electroacoustic music. His music combines acoustic instruments (piano, violin, viola, flute and percussion) and fixed media (formerly known as tape). It illustrates the development of electroacoustic music over the decades – from 1970s-era analog synthesizers housed in institutions to living room digital studios. He described his approach here by saying “…the computer is being used as a composer, and it is, if you will, a kind of collaboration between composers.” AArbor 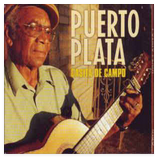 Jose Cobles (1923-2020) whose nickname was Puerto Plata, came of age musically during the political reign of Rafael Trujillo, a dictator who ruled the Dominican Republic from 1930-1960. Trujillo imposed severe restriction on musicians. Nonetheless Cobles formed El Trio Primavera which was later known as Conjunto Puerto Plata. Since they couldn’t perform in prestigious venues or even on the radio, they performed at the cabret dance halls of Santiago’s red light districts. Their music was popular and very romantic, lyrical and playful. The performances here fuse the older style with newer touches. AArbor 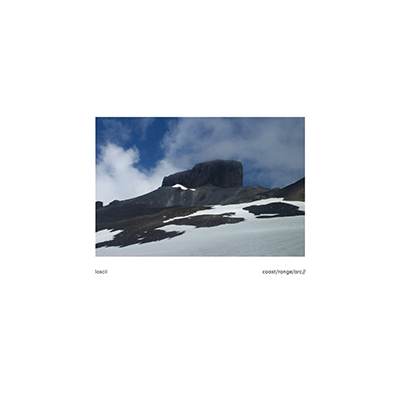 Ambient electronic project of Vancouver Canadian, Scott Morgan. He chose the name Loscil from the ‘looping oscillator’ function in Csound (some computer language programming thing). This is a release from 2011, looks like originally on Glacial Movements, but re-released on Kranky. Gorgeous, lush tones, drift and wave like soft fluffy clouds after a winter storm. Rays of light bursting through. Mellow, relaxing, and dreamy. Planetarium vibes. 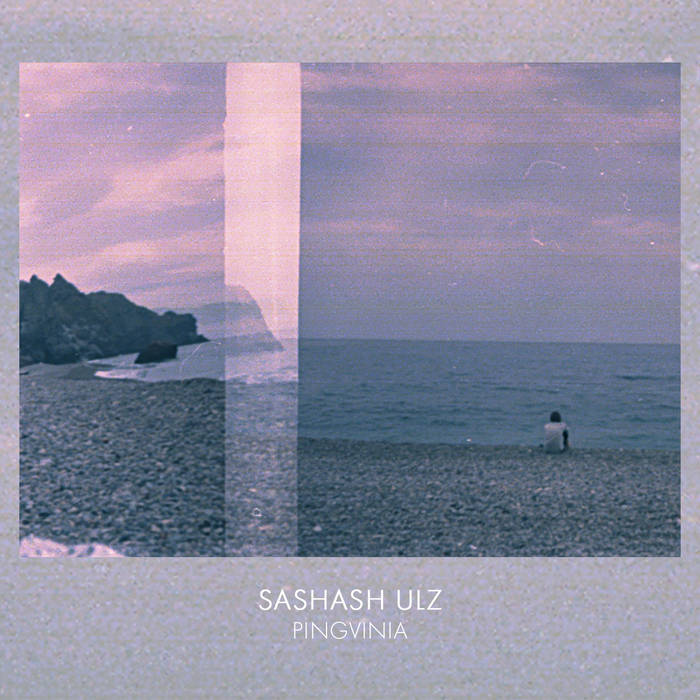 I read that this music is Russian experimental folk. The first track starts and ends with what may be field sounds, and they bookend a repetitive theme that is not unpleasant. The second track is a soothing and folkloric-feeling palate cleanser, while the third track is an uplifting hazy-vocal surf-reminiscent outing. Tracks 4 and 5 are definitely folksy, and Track 6 is upbeat strumming. Tracks 7-9 are the noise tracks, while 10 is a field sounds collage. Track 11 gets back to a more melodic sound (sort of like the soundtrack to a spy movie), while 13 and 14 bring back the pleasant haze, and the final long track is a long reverie appropriate to its name, Cannabis. 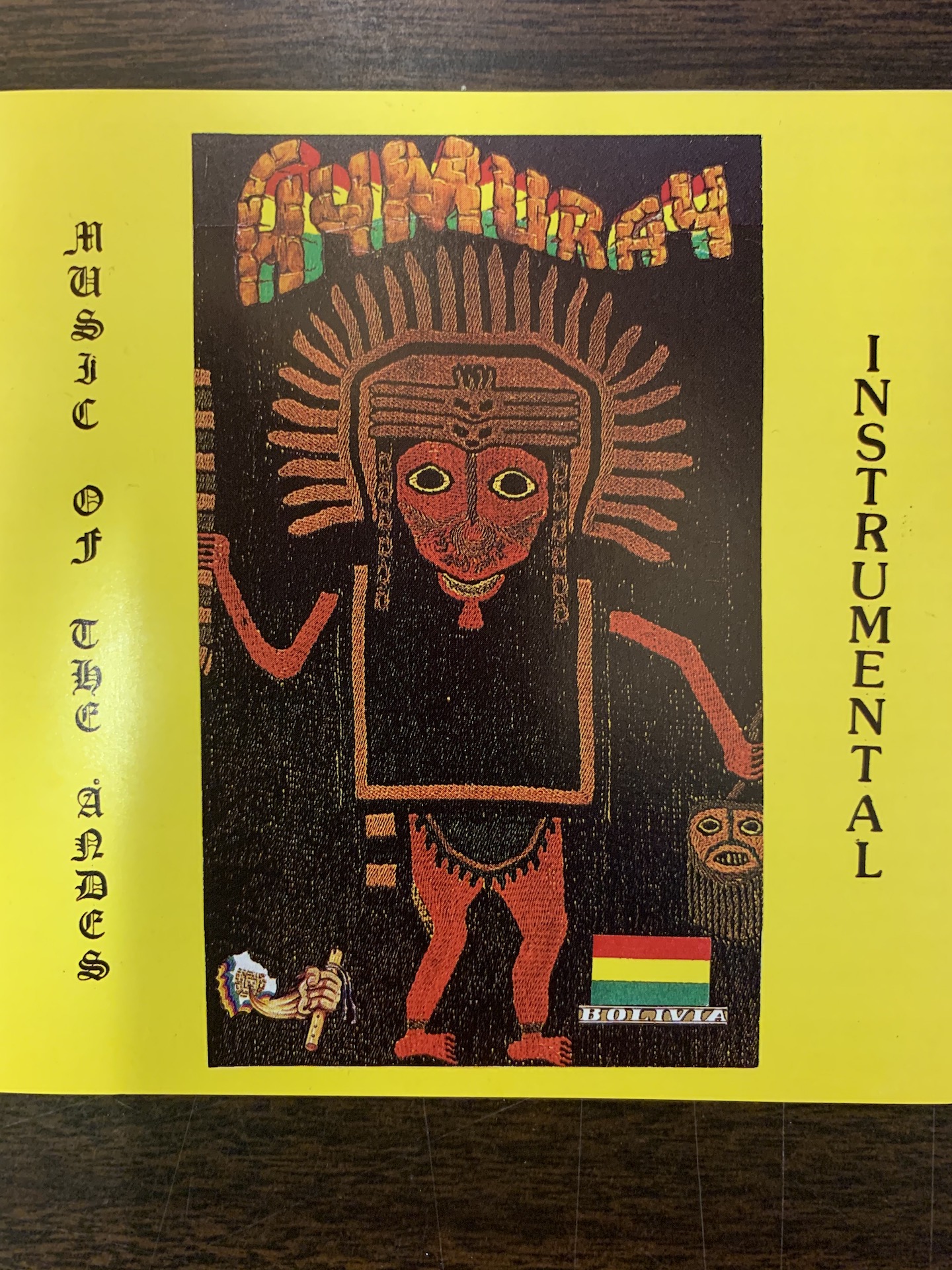 Music of The Andes [coll] – [Aymuray]

A beautiful collection of instrumental music from the Andes. You’ll hear the zampona or siku, a traditional Andean panpipe, other flutes like the quena and stringed instruments like the charango a kind of lute and guitars. Most of these tracks are dances: the cueca, huayno, trote and morenada. AArbor 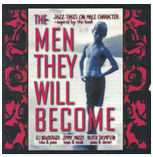 Newberger / Mazzy / Thompson – "Men They Will Become, The" – [Stomp Off Records]

Eli Newberger is a pediatrician and a musician whose undergrad studies were at Juilliard. In 1999 he wrote a book called The Men They Will Become and was inspired to get his Dixieland outfit together to record a companion album to the book looking at issues in the book with a musical lens. This could be a trite rehash of well-known old tunes, but it isn’t – there are some absolute treasures here. The 3 musicians (tuba, piano, clarinet and voice) recreate these tunes with love, expertise and a slight edge which make them well worth playing. (love the tuba!) Tracks 5 and 20 are instrumentals. AArbor 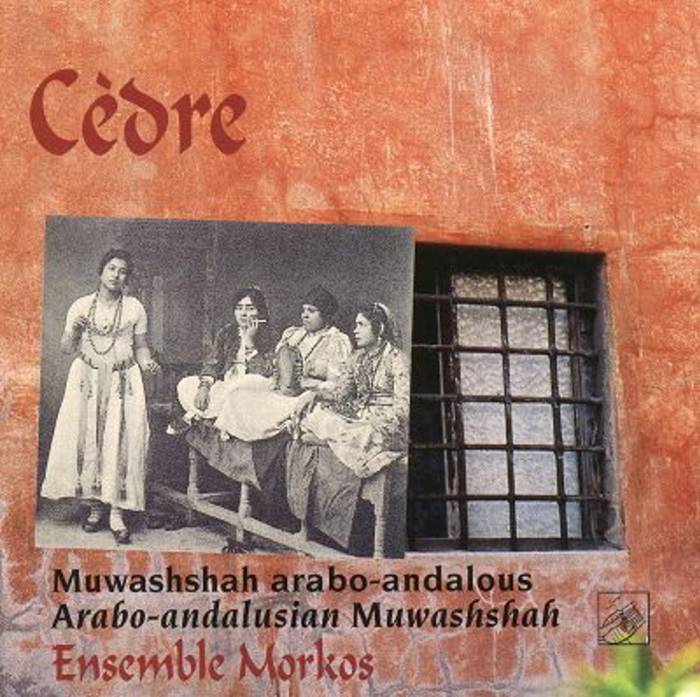 Released 1999, Morkos Ensemble is a small group feat. vocalist, zither, violin, tambourine, and oud. The instrumentalists often double as chanters, following the vocalist. 17 tunes in all, 14 <3min.
Tracing roots in the music of the Arabo-Andalusian empire, Muwashshah (MYU-wuh-shuh ) refers to both a classical Arabic poetic form, and the music which takes it for lyrics.
Incipient sounds- after the Moors were expelled from Spain, their musical influence dispersed across the Greater Mahgreb region (western part of the Arab world, or northwest Africa- Algeria, Libya, Tunisia, Morocco). 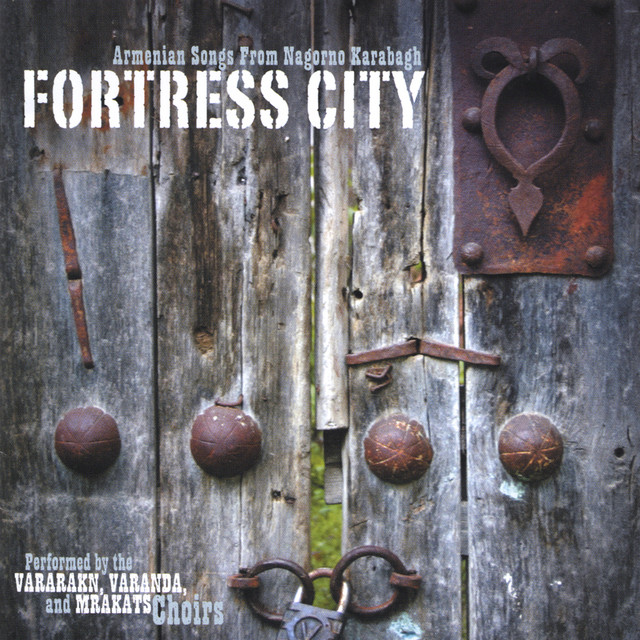 Armenian Choral Works, recorded in Shushi, Aug-Sep 2004. Armenian Chant is one of the oldest branches of Christian culture, introduced after the Christianization of Armenia in 301 AD. The music goes back further, composed in an indigenous notation called khaz. Recorded in the disputed territory of Nagorno-Karabakh, these were composed between the 10th and 20th century. Mostly short: 20 of 27 don’t crack 3:00. 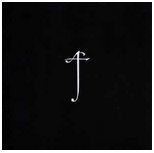 Pantha Du Prince is Hendrik Weber, a Dj and producer from Germany. This Bliss is his second release from 2007. There are no vocals and unlike his first release Diamond Daze, there are no guitars. The sound palette is entirely electronic: there are soft Detroit synths, swelling strings, and washes of chimes not distant from the post-rave ambient music made by the likes of The Orb. Throughout, from the photos in the booklet to the track titles and the sounds themselves is the contrast between nature and machine, the natural and the manmade. AArbor

Rei Harakami only lived about 40 years but his 4 solo releases showcase his talent well. This is his second release from 1999 in contrast to the gentle techno of Unrest his first album, here there are no vestiges of techno. It’s diverse tones and rhythmic patterns alongside sound processing along with 2 fine remixes. A great talent who departed too young. Arbor 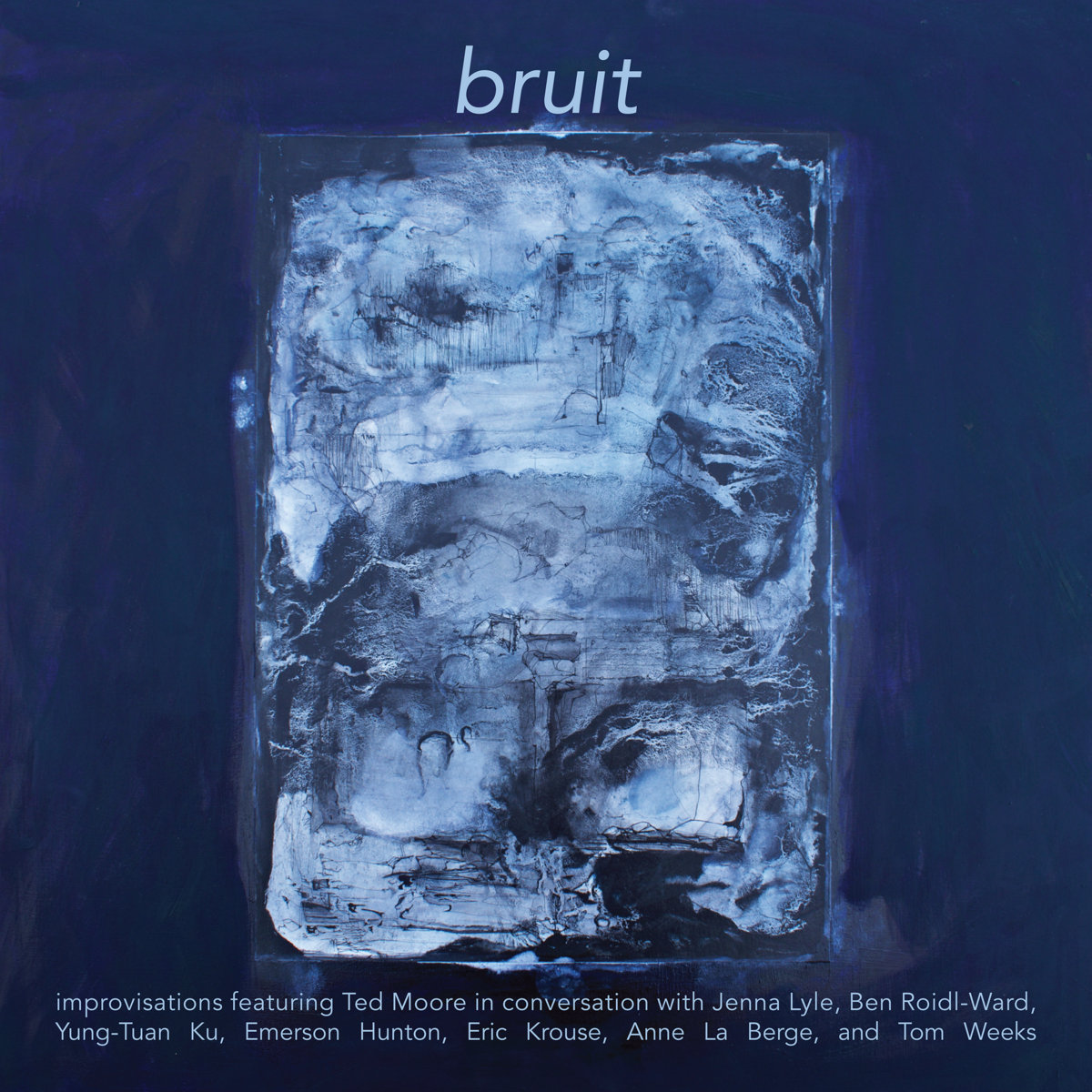