First release in 3 years is an on-air WBRS live recording
rom???3 years ago. Apparently under the influence of
a bong-fed Middle Eastern mood of trance throughout
this set, Boston???s CUL DE SAC contemplate a barbiturate
Buddhism in cramped quarters, extending most of these
tracks with a sort of water-from-the-moon indolence and
improv/hypno groove purely their own. Leader Glenn
Jones raises a lantern of color, texture whilst pondering
some kind of spiritual unknown washed in hues of pre-
monition so inward as to barely register as fretwork.
Heady with percussive pulse, iridescent like the night
bloom of flowers, liquid with grace and shrouded in a
dark mystery of implied electronics & obtuse trajectory.
Unerringly strange, most of these tracks are otherwise
unavailable as studio/alternate versions and add to the
canon of this unique instrumental outfit, afloat on the
most uncharted of waters. Fine form in spades.
MITCH June 2002 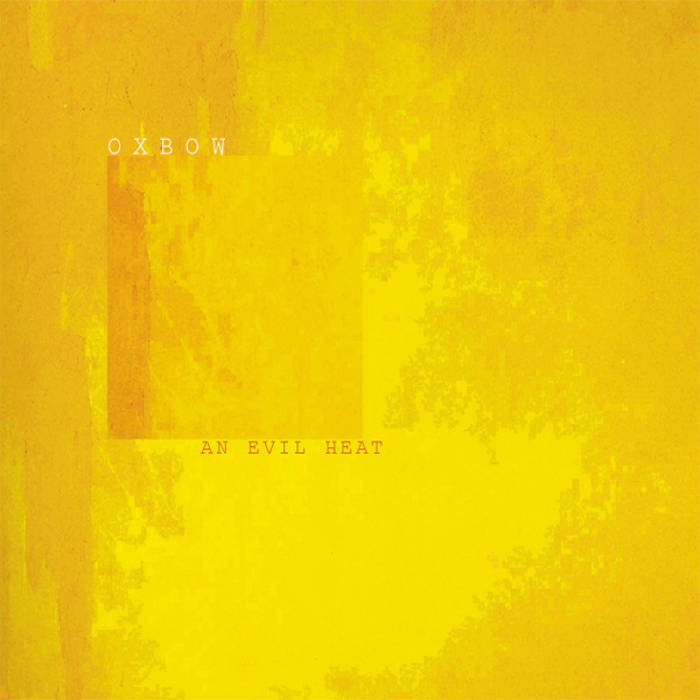 I think this album gave me rabies. Froth rock, that takes its time sauntering through 9 sonic circles of a torturous hell. Enjoying every step. Led by a crazed and defrocked priest (Eugene Robinson) who sings-ah with salacious-ah certainty-ah. Ahhhhhhh! Backed by the yelp and mutter of a chorus. Thick like U.S. Maple, charged like This Heat but enough guitar swaggery to engorge your ears. You cannot buy this potent sludge on the open market, so bathe in it here. In the shadows. Apocalyptic aphrodesiac. A dark champion of a release. Enjoy the smack of success. -Thurston Hunger

Mike Guarino (drums/guitar) and Jake Rodriguez (bass/
synth/vocals) have been playing together since 1995
(TOPPLE, LIVESTOCK, etc.) but it is as COMPOMICRO
DEXALL that grindcore/free jazz/punk/noise/experimental
converge in earsplitting dislocation for this free-mad duo.
Help from Jeremy Stone (synth) and Moe! Staiano (guitar)
supplements a thick, driving assault where prearranged
riffs burst with precision, flurries are predetermined and
blasts of noise occur with a megaton random & rumble.
Rodriguez (who also records as processed voice/electronics
DSP warrior THE BRAN as a solo project) has designed
sounds for Bay Area theater & was impressario for the
Clit Stop in SF; says of Guarino, ???We???ve been playing
together so long, it???s really all improv???. At times a trio in
the past (with Chris Broderick adding voice & clarinet),
CD is collage/avant/loud/chaos/meteor shower whence
pleasure is sired through pain. Sound familiar?
MITCH May 2002

Bristol septet, brash swaggery pop. Uplift mofo
horns party! And the horns are a quite sprite
French Horn (Daniel Cornfield) and Cornet (Aaron
Dewey). Sassy male/female vocals. Jenny Robinson
is the breathy, semi-sultry syllable stretcher
while Aaron Dewey is the “Speaker’s Corner” more
excitable ranter!! *Two* drummers in this…so
their sound has plenty o punch. Part of the UK’s
‘Pull the Strings’ collective. Horns kinda add
a Doc Severinsen dosed at the horse races amped
up vibe here that makes this pretty irresitable.
#11 is fancy phone freakout that tracks into the
closer. #9 is the slow dance. Right honorable
and simply smashing! -The Viceroy of Vice

Well-constructed dilapidation. Gravel in the
gullet vox of Jay Munly (from Slim Cessna’s
Auto Club). Ballads with ballast, a weight
that is lifted by a shoestring quartet (that
being Tarantella cloaked in shadow and soot).
Munly’s voice rises with an angsty twinge of
twang almost gets to a Gene Loves Jezebel
screech at odd moments. Songs of heresy and
fallen heroes, of people like Gerry Cooney
and Weegee, that Powers of Celebrity try to
pretend never supped at the popular table.
Like a barn in Faulkner story… every song
is ready to catch fire. Slow fuses throughout,
rocking chair rhythms. Has the acrid flavor
of moonshine with plenty of kick that catches
up to you long after you have imbibed the
lyrics. Perfect for that Belladonna/Joe Ed
team show! Gothic chamber country rides on….
-Johnny Palerider

Slap a retro-EARGASM sticker on this nugget. The
best new wave album to come down the pike in some
time. The panicky lead singer (Todd Baechle), the
sense of detachment, the air raid “subtlety” of
synthesizer, the little machine gun guitar rounds,
unabashed drum machines w/ their insistent slap
of digital ass. This supernovas on the promise of
their early (and excellent) 7″ split “Brokers,
Priests, Analysts” I am an unfair judge because
right now I’m 100% infatuated with this. “Control”
(about orchestral conductors in the dark) is a
massive masterpiece. Killer treated vox thoughout,
add some cello for the ultimate in pop. Omaha,
where infection meets confection.

Although he has been credited on only a few releases, Phil Cohran has been among the leading lights of the Chicago Jazz scene for over 40 years. Highlights of his resume include being a member of the Arkestra in the early 60’s and being one of the founders of the AACM, along with such notables as Richard Muhal Abrams, Lester Bowie, and so on. This release documents previously unissued recordings of Cohran’s Artistic Heritage Ensemble from the mid-60’s. The music sounds like what you’d expect from an associate of Sun Ra and the Art Ensemble crew: extended jams that display a heavy African/Middle Eastern influence, with lots of hand percussion, bells, and exotic, homemade instruments like the violin uke and the Frankophone (an amplified Kalimba). Highlights include the showcase for the droning violin uke, ‘Unity? and the two Frankophone showcases, ‘On The Beach? and ‘New Frankophone Blues?. Truly a great discovery. Play! DL

Note – This is an archival review. This CD was originally added to KFJC’s library in 2001. It is a long-running tradition at KFJC for DJs to add their own comments to these ‘official? reviews. As a matter of historical context and plain ol? ‘purient interest?, these comments (mis-spellings and all!) are provided below.

‘On The Beach? shreds! – Hawkeye Joe

Quite a story from ’63: a Nazi’s secret tape, a young chanteuse takes a chance, the Duke helps and heralds here husband’s (Dollar Brand to-be Abdullah Ibrahim) combo and we’re the happy ending when we play these refreshing trad ballads. Sathima’s voice is satiny, evoking a soulfulness beyond today’s brand of vocal cords on steroids. Makaya Ntshoko’s drums are mic’d as pure fountains of cymbals with soft, splashing snare. Svend Asmussen pops champagne violin bubbles. Ellington guests on two of his pieces, Billy Stayhorn adds a pair working the lower 44, and Ibrahim fills the rest with subtle strength. On all cuts, you can hear the space between their fingers. For a one-day session of one-takes, this is remarkably relaxed. Soothing and lucid as a clear mind in dawn’s light.

A simple sampled tramp’s prayer song unravels to reveal an amazingly rich orchestral life. Casual listening will miss the gradual momentous emotional shifts. This is actually a recreation/re-issue of the original sparked by fan and guest vocalist on the epilogue – Tom Waits. An excellent library add, excerpted overplay wouldn’t do this justic, invoke occasionally for lengthy stare-at-the-ceiling existential crises or fill an absent Public Affairs slot with this gorgeous listener epiphany generator.

Technically black is not a color, but the absence thereof. Similarly, silence is not a sound, but its absence. And yet silence is critical to Arvo Part’s sonic palette. Aural afterimages echo as quiet caverns of drone. Dissonant tension stretches taught across gaps between notes.

Arvo Part is dynamics. Stark yet strangely serene solitude. Quiet majesty. Ethereality. “Litany” is an epic offering, English lyrics transcribed from prayer are felt rather than heard, thanks to the Hilliard Ensemble’s “volume pedal” grace. “Psalom” is a latticework of breaths on strings. “Trisagion” is the sound of a high priest walking at midnight among the dead upon a battlefield in a religious war. Faith and doubt commune. Music for epiphany.

Another blast from the prolific Sun City Girls. Most of the tracks exhibit their trademark
eastern influences with lots of chanting, an emphasis on percussion, and twisted,
psychotic instrumental workouts. A couple of the tracks, however, have an almost
‘normal? pop/rock sound. Yes, this is probably their most accessible release to date, but
it is still great. Hopefully, those of you who’ve been scared by their previous releases
will now give some airtime to one of the most innovative artists going. One of the best
releases of the year. Play! DL

Note – This is an archival review. This CD was originally added to KFJC’s library in 1993.
It is a long-running tradition at KFJC for DJs to add their own comments to these ‘official?
reviews. As a matter of historical context and plain ol? ‘purient interest?, these comments
(mis-spellings and all!) are provided below.

This is definitely more accessible than their previous material that I have heard. Tracks, 1, 2, and 7 are pretty cool. – Slade Grantham