This Gift Is a Curse / Hexis [coll] – [Monotonstudio]

Seven inch split from two metal artists. Hexis from Denmark is doomy with muddy cookie monster vocals. This side chugs along like a march of war. This Gift is a Curse from Copenhagen starts with a quiet noise opening. Super fast guitar and drums with pukey vocals. False ending. No FCCs.
-Billie Joe Tolliver 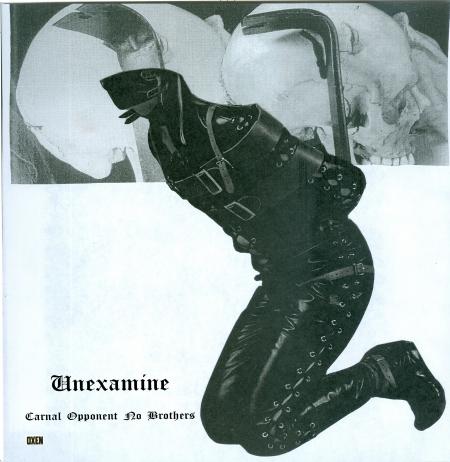 unforgiving, unrelenting, and inhuman Unexamine is drummer Charlie Mumma, co-organizer of the Pure Harsh Noise Worship Festival in Portland and Danny Costa of l’Acephale. Unexamine has the same lineup as Rohit (a release titled Judge from our cassette library.)

Two sides of excruciating noise, side A claims to have two tracks, but it looks and sounds like one to me. A lot going on, multi-layered electronics blasting out the stereo into your broken, bleeding eardrums. Favored by the unfavorable.. 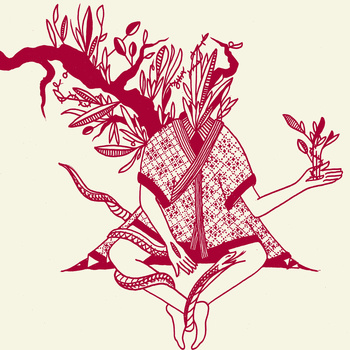 Really excellent 7″ in sound and packaging as well should be
noted. Four freaky chicas from Brazil with a deep, booming
rock sound. The guitar has that flanged shadows from your
old goth-palace days, and it couples nicely with the tribal vox
and bass/drums poundage. Synthesizer veers in with the
black keys soaked in mascara…the flip side, “Serpente”
showcases their jammy shamanic side even more so, and
checking them out on youtube, I think 15 minute riff
sceances and reverb-screams are their happy place. That
being said, the tigheting up for the title seven inch
really works well, the pace is quickened, and the impact
almost makes you want to dance. But you know they are
watching, and the Rakta ladies will destroy you if you
try and bust a move. This is as serious as passing
out in an alley, the second side slows down and you
wait for an ambulance, nice guitar (and maybe other
electronic tweakage…I think a theremin is used live)
Keep on your toes, these ladies will be back to finish
us off soon enough I expect, never mind the Hindu
influence of the band name. No mercy, and excellent
dark post-punk punishment. 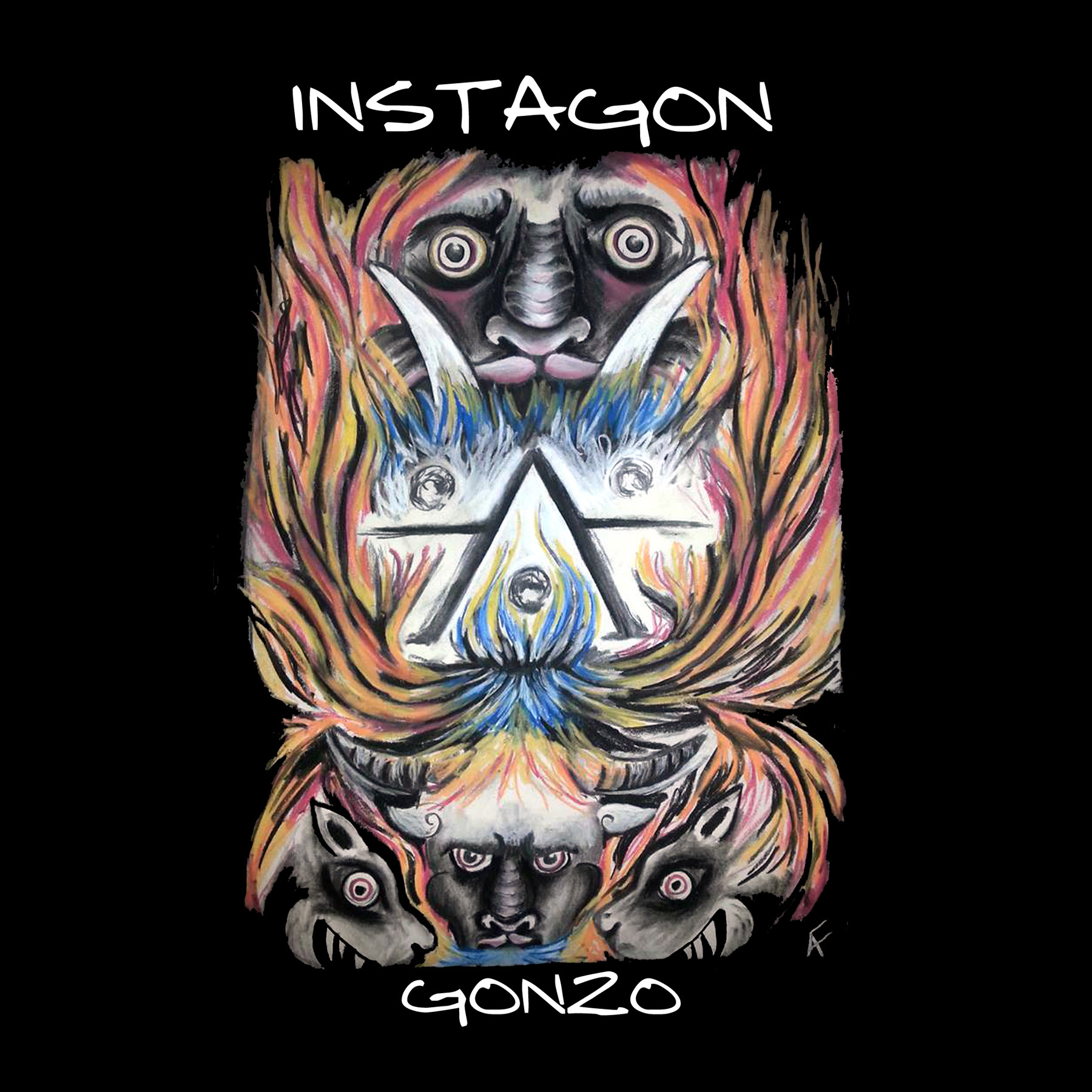 a collection of blissful blunders and accidental errors of incidental entertainment; blips of static drone and scrape; freeform flopouts and improv drivel. title track a dedication to the 76th birthday of the great Hunter S. 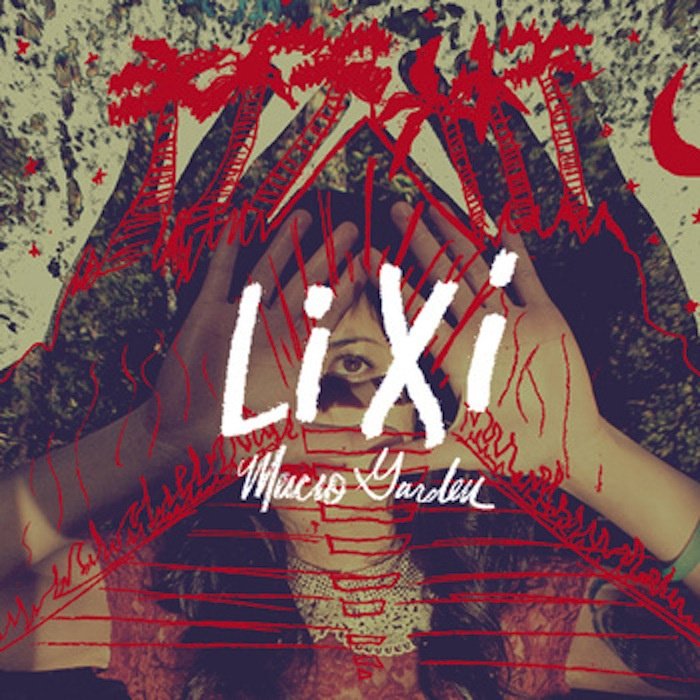 Li Xi is one of those bands that make San Francisco a treat. This little red-vinyl disc effervesces through your consciousness in an upbeat, fuzzy, psychedelic way. Side A is a bit more lively than Side B, but both are quite pleasing, especially with the fetching feminine vocals. The songs themselves are rather short, perfect as aperitifs between the main courses of your sets. 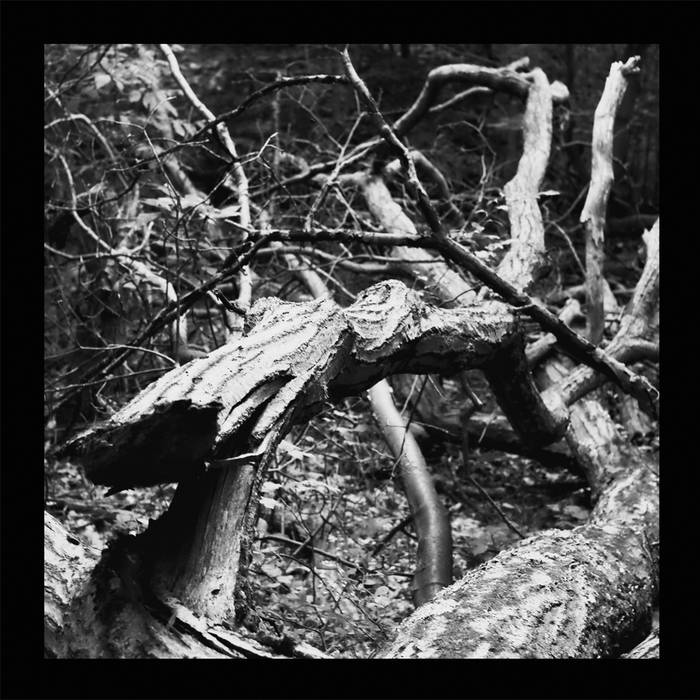 Hard to pinpoint exactly, it starts fast-paced and noisy, but eventually slows down, almost to a drone. Forlenza makes the guitar squeak and screech and squelch, but also makes these intense thunderous meanderings. A lot packed into this quaint 7″. Dig it. 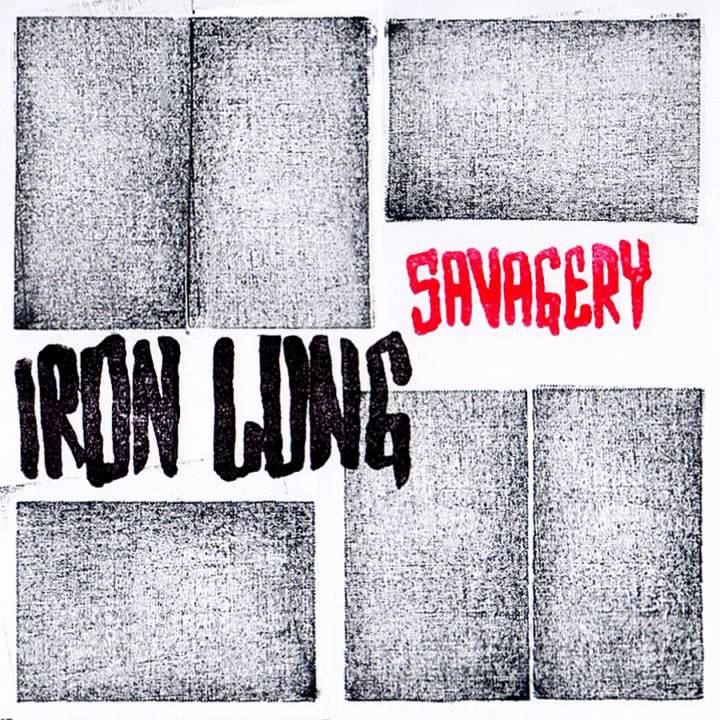 Iron Lung is a sweet duo from Reno, NV who relocated to Seattle, WA. Their powerviolence/grindcore project is released on their own record label of the same name, which is modestly represented in our library.

What we have here is Jensen Ward and Jon Kortland at their finest: a twelve track 7″ 45rpm record that clocks in at about six and a half minutes of nasty, fast, powerviolence in every sense of the word. Each song is about 30 seconds long, so good luck trying to queue a specific track. I suggest just playing an entire side, your choice. 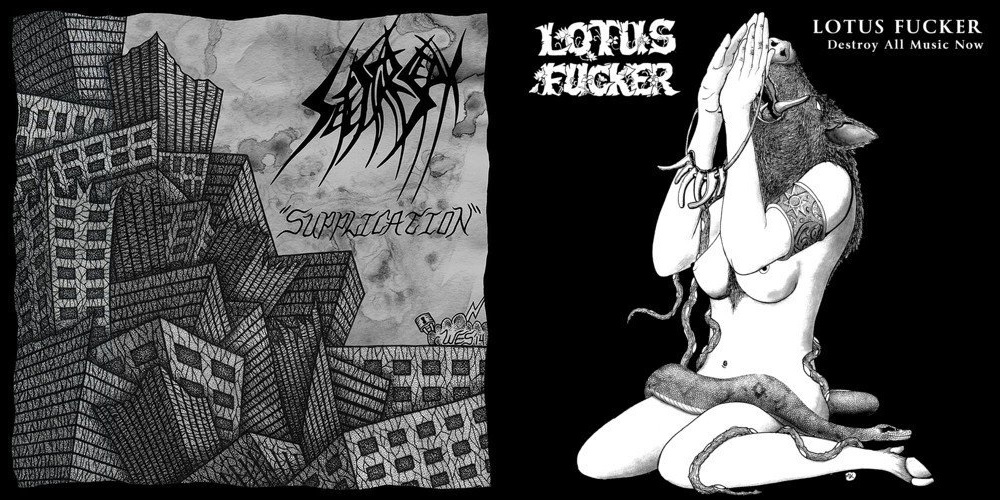 Sete Star Sept (meaning seven star seven, evidently a pachinko term) is Kiyasu (drums) and Kae (vox/bass) describe themselves as noisegrind. They’re Japanese. SSS is grindcore for people who find grindcore too structured. The tracks on this side (titledxSupplication) are short blasts of noise, with vocals consisting mostly of the familiar screeching, growling, and pig noises we have come to associate with many of the x-core genres. Track 5 is an exception, which sounds panicked and distinctly female, is either in Japanese or gibberish, and has a somewhat more traditional punky sound. This split 7″ is an exclusive release of theirs, sold only on the Sete Star Sept 2014 North American Tour.

Lotus Fucker are based in DC and may be vegan. Their numbers are unknown. This side (aptly calledxDestroy All Music Now) consists of 70 (yes, really) staccato blasts of screeching machine noises, angry instrumentals, and human throat sounds that have longer titles than play times. The styles of the many tracks are actually rather varied while still working together as a cohesive side-long nightmare, running the range from barking and drumming to more industrial and even (almost) ambient moments. The whole side runs for about six-and-a-half minutes, so it’ll only hurt for a moment; just close your eyes, it will be over soon. 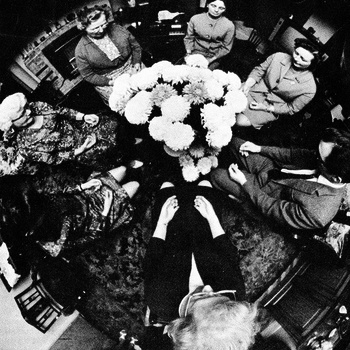 It’s quite clever that the cover of this 7″ depicts women who are past the age of the crimson wave sitting around a huge bouquet of flowers–is it a seance? A funeral? The young voices of the four-piece Baltimore band of the same name do sound sad, but their reasons are timeless, and the melancholy is just right alongside the guitars, bass, and drums that express it. The lyrics are printed on a sheet inside, and the “dark pop” of this release is just right for getting you to feel something. The fact that it’s heart-tugging makes it all the more intriguing to listen to. 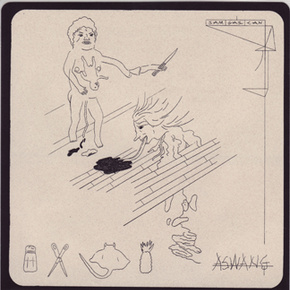 Side one starts with a baby crying, while possibly
remembering a past-life when it was a man running
through dark woods with joy and fear. The joy wins
out and the baby is placated and then a man has a
brief fit, before the music erupts. In-the-red
number that bounces a round a little bit before
blipping out with stacatto sputter. Really dug
that closing secion (had enough crying babies
in my own previous life).

Side two a muppet monster tries to learn to speak
at the start, croaky throaty stetchy near belches
before a driving little ditty with a police whistle
running the gauntlet between bass and drums
swinging at it like wrecking ball pendulums.
A man screams after swallowing the whistle.
Heavy duty Lightning Bolty proto rock, but
at the end it disappears and a record of maybe
some Mile Davis fusion (sans Miles?) is playing.

These may be riddles that cannot be solved.
But there are clues to Malaysian and Filipino
vampires online at en.wikipedia.org/wiki/Penanggalan 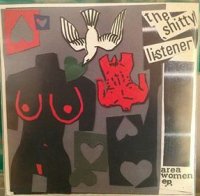 Suit soggy and makeup askew, dripping down empty avenues, Jewelled Antler expat Jason Honea waters the streets of Berlin with this dreamily distant 4am glam pop. the a-side carries some leftover zeal of the night’s escapades, still lingering as you turn in to the twilight and the more sullen sorrow sets in. the b-side boasts field recordings lurking into the foregound where remnants of folk melody fade to memory as we settle into the dew glistened sunrise.

Miller, Jacob – “Each One Teach One” – [Rockers International] 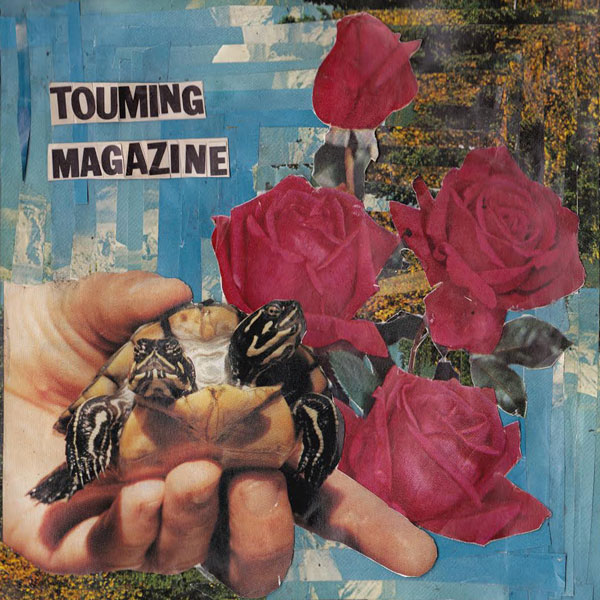 Good springy/bouncy alt-rock (maybe post-punk) from Taiwan via Phat ‘n’ Phunky records. Has a lot of nice guitar twang and a rolling bass line. Always upgeat. Both tracks have great energy, along with guitar solos. The lyrics are all in Chinese, so I can’t make out all the details, except for “We Are Forever Young” on “Forever”. It don’t matter, it’s all good. Bonus for the two-headed turtle and roses on the cover.

Out of the UK comes this project between spoken word artist Lisa Jayne and drums and synth musician Andy Pyne. I prefer the lone tribal drum of “Specimen” with Jayne’s whispered words, but many may enjoy the lyrical noise/rock of “Standing,” in which the British accent creates a nice effect. 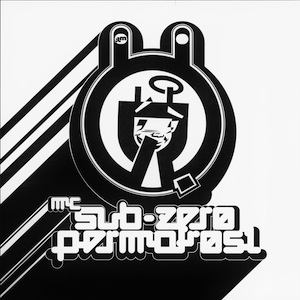 Very high pitched vocals, not sure if it spins correctly at 33 or 45 (I think its 45). The tuba and trombone add a zesty spice to the hip-hop flavor. The B-side wanders a bit into the noisy side of things, which I know a lot will enjoy. Throw it on the turntable and enjoy..

D-beat anti-war anarchist grandaddies (well actually only two original members with their younger cohorts) spit forth three short bursts of angry for a good reason why-aren’t-you-pissed-oh-you’re-a-sheep vehemence. Politcal sound bytes
describing the hopelessness of our state cover the second song. Guitar, drum, bass, vocal.
Fast, fast, fast, aggressive and still necessary. Someone’s got to tell you what a dick head you are.
San Diego’s Death Crisis cover a lot of the same territory: anti-cop, pro green, lack of trust in others. More pissed off life sucks because of all the dicks. Fast, agro drum, bass, guitar, vocals madness.
Fuck you.

The last Swiss band that mattered to me was Trio. That was awhile ago, but if you wait long enough something new will come along to catch the ear and fill the head. And along comes Klaus Johann Grobe, the Swiss duo of Sevi Landolt on organ, synth and vocals and Daniel Bachmann on drums and vocals. This 45 is their second release following a successful 10 inch which caught the ear of those in the know. This 45 continues in their pursuit of European geek funkiness sort of. Reviews harken the sound to krautrock yet they swear it is not an influence. Yet it sounds krautrocky. And like geeky Stereolab (and this is a good thing). Repeated notes, driving rhythm, late 70’s to early 80’s organ and synth sounds, simple and solid drum beats, singing in German. When asked what they sang about the guys responded with the usual suspects such as love, relationships, experiences, politics but in a not so straight forward way. Some reviews called it Dadaist and Landolt and Bachmann liked that label. “Traumhaft” is more “soulful” if you could call it that. Soulful with synth…. and German lyrics….. by geeky smart guys. With an edge. “Nicht…” is the more krautrock sounding piece, with the pulse hitting a beat that just starts to stick in your head. If pop music sounded more like this, I’d be listening all the time.

Indie rock / power pop from San Jose. Fuzzy guitars, fast drumming. Seems like it fills a space shared with few other bands. Weird tuneful vocals, the meaning of which are an intellectual exercise. The the third track (Charyb Notes) is a bit of an existential piece. The last track switches up to fast punk, and may be a bit jokey, but it’s all good with me. 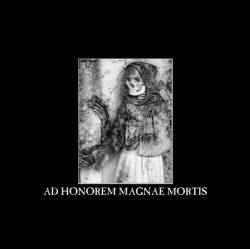 split black metal maelstrom: Bavarian beasts Rites of Cleansing with feral barrage of brutality; lycanthropic ferocity with a slip of country sludge. Torch of War from the hills of Saxony, icy melancholic opaque brilliance. the coldest, sharpest blade cuts deepest; and madness consumes any and all completely. 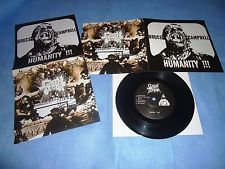