Throw a 20 minute tantrum with some satanic war metal from Brazil 2008. #2 on Side A has the sparsest lyrics and is also the best, reinforcing maxims of expressive refrainment w/r/t ill-will the world over. Not that there’s a whole lot of refraining going on here. Lyrics are of the genocidal strain you really only see coming out of Catholic countries these days. The worse parts are sloppily dissonant, detracting from focusing on that hateful coworker and this fucking highway traffic and those execrable tv commercials. Keep it tight and hard is what I say. Kill the person that wrote that advertisement, kill their families, kill their friends, kill everyone in their company, kill, kill, kill, there is no peace on earth, only an eternity of carnage and fire and the laughter of the thirsting gods.

78rpm vinyl noise recording with samples from 78rpm records – voice, music, scratches, clicks, etc. Recchion wanted to create a mysterious object – he left 100 of them in public places for people to figure out. It is also an homage to early recording technology and the obsolete.

PGM: Play at 78rpm. TT3 has a 78 stylus to use for 78rpm only. Get instructions in its use if unfamiliar.

Stetson, Colin – “Those Who Don’t Run / The End of Your Suffering” – [Constellation]

Listening to this album with no prior information, you might guess it is electronic sounds that have been manipulated, processed, and layered. Not so. It is one musician, Colin Stetson, playing solo horn (bass sax side A, alto sax on side B) with no overdubs or looping, using 24 different mic positions. Drone-y but melodic. Refreshingly original, beautiful.

What happens when two genius techno artists (one Croatian and one German) team up for an adorable little 10″ collaboration? It’s pure awesomeness: gorgeous shimmery, quirky and trance-y techno. “Geist” is a bit moodier and therefore my favorite but “Duo Tone” has a nice groovy beat. Both have enough trippy moments that even the non technoheads should enjoy. It’s pretty addictive.

ah-e ah-e Ah-e Ah!
Garage rock, always almost not that tune no one could
ever guess, and by just a smidgen; and it couldn’t
matter any less, of course it sounds good, it’s that
almost not that really great tune. Less simple, not
fine touches, catchy mathy, fit for a sprint, Blank
Club enthused, ha ya ha ya ha. By technicality, better
than the rip off originals, rewrites for performance,
this is not perfectionism at work (still cool too, by
the nature of music, it’s still enjoyable.) Whether
it’s Sunset Strip, Great America, Laguna Beach, or
Police Academy 1 or 2, wherever you play your music,
may it always sound good like this. Hear it on No Way
Out, Record Roundup, Hippies Graveyard, any place that
has room for Iggy Pop’s Lust for Life and bubblegum
rock, has room for this.
-Eveningly Infinitely Wipes Scrub Sonny Atoms Grizzly
Adam

Nicely moody stuff and I like it.
Side A: Death Sentence: Panda! An intriguing 7-1/2 minute composition that moves through a few different territories: a flute-led march leads to a noisy vocal section, which turns into a noisy instrumental section, which devolves into a droning throb that ends the piece.
Side B: The Dreams turn in a set of raggedy no-wave tribal rock. Mostly percussion, guitar, and vocals, with occasional keyboards and flute. Semi-hypnotic stuff, reminding me of some of the material I’ve heard by the Hop-Frog folks. 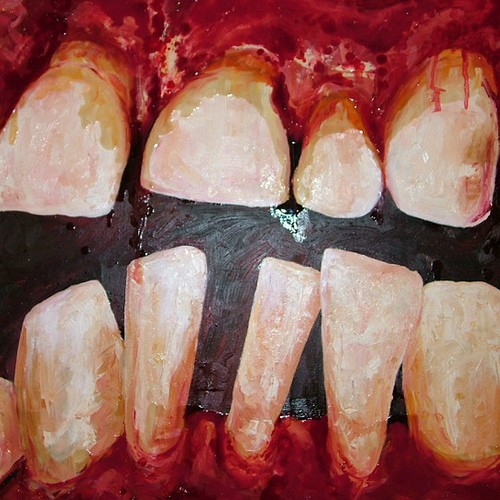 Five piece out of Glasgow making punk rock/noise inspired by No Wave. Divorce is Sinead Youth: vocals – Hillary Van Scoy: guitar, vocals – VSO: bass, vocals – Andy Browntown: drums, vocals – Vickie MacDonald: guitar.This album is from 2009. It was their debut 10″ and is on red vinyl. Optimo is a label run by JD Twitch, one part of a DJ duo out of Glasgow. Refer to the collection “60 Minutes of Fear” for more info about J.D. Twitch. This would work well in a set with Teenage Jesus & the Jerks, Uxa, Swans, etc.

From Vermont, we have three talented women who sing folk harmonies with minimal to no accompaniment. This is just a taste of this delicious trio’s talents, with only five songs to whet your appetite (a full length release has also been released, which include variations of the songs from this EP). What I can come up with in terms of a comparison, and perhaps a little unfair, is an acapella Neko Case times three. The songs are sweet and – sadly – short. So if you’re even marginally inclined to play folk, or acapella, or women singers then you should definitely give this a go. If you’re not so inclined, then just play “Honeybee” as it’s the shortest…

The Bomboras are from Southern California; they were mostly active in the late 1990’s. Organ Grinder from 1995/1997 is ten exuberant, noisy tracks that sound as if they were recorded live. Great energy, fine guitar, bass, and drums, organ is a plus. Production values are not super great, but this sort of adds to the charm.

PGM: Vocals on track 9 (side B, track 4). Breaks between tracks are sometimes filled with audience noise and talking.

Nice DJ beat snapshots in bite-sized pieces, some bordering on electro, others more organic-sounding. Daedelus cooks up a pleasantly warped stew on Side A, six tracks running together into a twelve minute experience. It’s not clear where one piece ends and the next one starts, so you may as well play the whole side. On Side B, Teebs breaks out four tracks, each around two minutes long. Unlike Side A, these pieces are clearly separate from one another, but I’d consider playing the whole side anyway. Both sides have many subtle elements in the mix and come across with a hazy, stoned out vibe. Sixth installment in All City’s cool Los Angeles series of split ten-inches.

Valby Vokalgruppe is an experimental choir from Denmark. These 7 tracks expand the definition of vocal music, using sounds, hums, syllables, and enigmatic English words. The mood varies from charming to eerie. Mostly a cappella, drumming adds rhythm on Track 6.

PGM: A1: more melodic and rhythmic. A2: Noisier. B1: Begins very quietly, then builds. B2: Noisy.

WARNING!! Locked groove between B1 and B2.

Videos give more of an idea of what Selvhenter is:

2006 recording that fits nicely into a couple of sonic family
trees. The first track has the kind of spastic jazz manic
drive that was the flywheel for the Luttenbachers. Weasel
Walter is the drum anima, but then in comes some of that hyper
math manipulated guitar by order of Orthrelm’s Mick Barr.
So it’s high-octane, higher octis abstract music, ending on
a heart attack. The second piece is less relentless, Barr’s
guitar is more muted, with subtler sputterings. Walter is
drumming a melody, and Sam Hillmer (Zs) sends his sax on some
spins. Things drop out for a Walter weltering of his toms,
and Barr makes his guitar thump along really well. The flip
side gives us Hillmer’s “The Art of Rolling” an interesting
ear ration. Traffic jam squonk start is made interesting by
these sonic after-image tunnels of silence, as well as robot
rebellions (some synth/sampler scaling up and up). Then
halfway through in one of those tunnels, things get flustery
with a lot of dry sounds, even sucking on a reed. And ends
with bumper car ponking percussion.

More Viva El Vega celebration from Blast First. Celebrating Suicide’s
surviving and thriving Alan Vega as his age approaches the BPMs of
his songs. Gavin Friday does an honorable turn behind the wheel of
“Ghost Rider.” A blippy zipper with Dave Ball from Soft Cell working
the Martin Rev’d up engine of electronics. Not as squishy as Rev,
and no one yelps like Vega, still a nice trip.

On the flip, Brinkbeats are back! Obscene distorto beats high step
in amidst the party of “Diamonds, Furcoats and Champagne.” High
class filth with pilfered Vega vocal vexations, the beat takes the
shotgun seat here. Originally out as a maxi single in 2006.

At last the master himself steps into the tribute ten inch, Rantus
Interruptus. Freewheeling radio spin inserted. There’s something
commanding and controlled in Vega’s vocals, not a rebel yell or
teen scream, more akin to an angry minister, proclaiming from the
pulpit. Backed by riveting beats, warpy loops – and phrases fly out
“Tormentor” “Kill your Loss”. The minister sees his flock consumed
in flames and his reaction is prophetic ecstatic. “Puss on Tha Time
Warp” includes a great drop-out section with muffled subconscious
beats. I wonder if he wanted to point out how many folks missed this
track the first time round in 1999. Super nova…

Cover art collage by Vega too.

Love this! J. Dilla???s former collaborator HouseShoes brings us two percussion-enlivened tracks, one of which is a remix of ???Look of Love???–yes! Jordan Rockswell (aka Snowman) here records three debut tracks full of synth and beats. The lovely ???Winter Warfare??? segues right into ???The Groove.??? Both sides are lush and warm and will set your heart beating again.

Consider this a slice of trance (Effie Briest) sandwiched between upbeat (Peaches) and downbeat (Alan Vega) electronic music. Or, rpm-wise, a 33 between two 45s (with a locked groove thrown in). I have a slight preference for the Peaches song.

Nice Ass Industries presses just one one-sided 78rpm and then gives it to the radio station of the artist’s choosing – KFJC was selected by Elvis Johnson for this release. Marin County based Johnson is a drummer and sound artist who is in noise groups Hydrogen Pellets and Leavenworth.

This lovely 10″ vinyl EP “Galala” from 2001 by Art of Flying features New Mexico musicians David and Anne Costanza along with numerous co-conspirators. The A-side starts out with pretty, luminous sounds that get intersected with processed voices, looped sounds that could be snippets of a phone call, the hint of a distant dog until it finally ends with a simple guitar strum-based track with male vocals. The B-side revs to a start, moves into strange female vocals, evolves into a lovely drone and moves back to a more standard track with male vocals. Tracks are broken into segments that don’t necessarily correspond to the grooves on the record, so determining which piece/segment belongs to which track title is a bit of a mystery. The letter-pressed cover art is an added bonus. 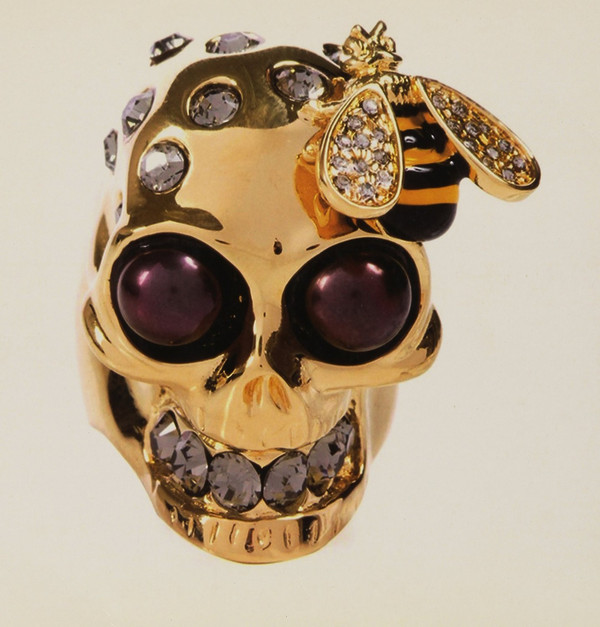 In the 6th release of a series of Suicide covers on 10″, The Klaxons cover ‘Sweetheart’. Also on the new release are Alan Vega’s solo track ‘Speedway’ and the solo artiste No Bra, doing ‘Super Subway Comedian. Each EP includes a cover from a renown artist, an unreleased piece by Suicide from the archives and a cover by a promising newer act. The project, in honour of vocalist Alan Vega’s 70th birthday, started a year ago and will continue for another. ‘Sweetheart’ from Klaxons, actually a solo journey for Jamie Reynolds, shares the same instrumental and vocals with the original and is one second longer. ‘Sweetheart’ sounds like something played in a David Lynch movie. A dark, retro, romantic ballad. ‘Speedway’ is a rare track and is classic Vega. No Bra is a solo female artist who puts and interesting take on the Suicide sound with her cover of ‘Super Subway Comedian’ staying true to the original but definitely giving it a touch of female energy.
Future collaborations include Glasvegas, Peaches, Liars, Nick Cave and Mogwai.

Mississippi native Junior Kimbrough (1930-1998) released his first album when he was 62 in 1992, so any earlier recordings are precious in that context alone. In 1966 he made his first recording at American Studios in Memphis for Quinton Claunch, founder of Hi Records. (Rumor has it that Fat Possum plans to reissue much of this label???s output.)

Kimbrough succeeded in moving away from ???blues??? commonly heard in the 1960???s and getting back to his Mississippi roots, but he somehow did in a new way. This is spectacular stuff ??? Kimbrough???s intensity, voice, and guitar are in fine form and are very affecting. Emotional, stark, very beautiful.