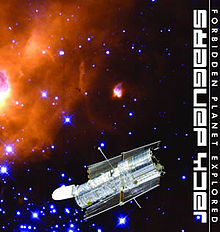 Jack Dangers’ recreation of the Louis and Bebe Barron electronic score to the classic film Forbidden Planet is an excellent adaptation – which was performed live, with the film, on his EMS Synthi 100 (something that the Barron’s would have killed for in the ’50s) in 2004. There’s also an added disc of Sci-Fi sound effects that sound like they’ve come from the BBC Radiophonic Workshop.

So if you like bleeps, blurps, whirs, whines, throbs, hums, and screeches then these CDs are for you. Mix them in a set, play them solo or even as a bed… 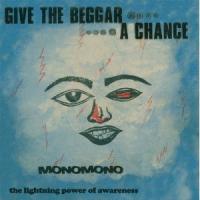 Monomono – “Give The Beggar a Chance” – [Soundway Records]

Monomono - Give the Beggar a Chance

Give the Beggar a Chance is Monomono’s 1972 debut album along and is reissued here with an extra 12″ single. The band is fronted by Nigerian multi-instrumentalist Joni Haastrup, and he presents a funky ride of singing guitars, humming hammonds and soulful lyrics – complimented by his bandmate’s bass and percussion as well as talented guest artists who help propel this album into the must play category.

All the tracks are great, making it hard to pick any stand out tracks – but give the title track a try, or if it’s 6 minute length is too much for you try Kenimania (named after the groups bassist Keni Okulolo). The track lengths range from 4:22 to 7:09, so there shouldn’t be any reason not to find a track that works for your show.

This EP is 50% collaboration and 25% each solo work of Andrew King and analogue artists Brown Sierra (Pia Gambardella & Paddy Collins).

Side A is the Brown Sierra side, with Andrew King performing the Alfred Tennyson poem “The Kraken” over what I will call “oscilloscopic noise”, followed by Brown Sierra on their own with “Abysmal Sea” – which sounds like a hive of bees speeding around a tube.

The B side is King’s side, with Brown Sierra taking a more minimalist approach to the baking of King’s rendering of the sailing song “The Bold Princess Royal”. This is followed by King’s rendition of “The Death of Nelson” recorded on location in Greenwich with the sound of the Chapel clock tower of the Old Royal Naval College ticking away in the background.

This EP has something for most of us – from Ann Arbor to Cy Thoth (and with it’s nautical themes, Captain Jack is almost a given.) The noisier side A is 3 and 5 minutes in length, with the more traditional sounding side B from 5 to nearly 8 minutes in length – but they are worth the investment of you and your listener’s time.

Chants, chants, chants… ??This time it’s Islamic chants, from the island nation of Comoros – a former French colony situated between Mozambique and Madagascar. ??More specifically, it’s Sufi chants – a subset of Islam – where they do not consider it music, but more of a necessary speech in their progression towards god. ??While the tracks are great on their own, I see them being blended by many DJs into some of their favorite ambient and droney tracks. ??Oddly, a couple of the tracks are mixed in to some channel surfing.

Defunct Boston folk-meets-space-rock ensemble Abunai!‘s final recording, released in early 2003 (not long after the band’s break up in mid-2002). The titular track to this 12″ single – Two Brothers – is based on the 49th poem in the Francis James Child collection of folk ballads called “The Twa Brothers“, which many a folk artist in the past 50 odd years has made a recording of. This release has a psych-folk-rock version clocking in at 7:29, and a dub version on the B-side clocking in at 15:20. The other track on this release – Lord Hampton – was recorded live at Terrastock back in 2000, and is a rawer psych experience. Definitely a worthy addition to the KFJC library.

Lalo Schifrin’s score to George Lucas’ first feature film is not easy listening – though a few tracks were designed as such – but are keeping more in tune with the bleak Orwellian future presented in the film. The music feels like they mostly plays as background to the scenes, completely opposite from the later Lucas-Williams collaborations. Many of the pieces could even be incorporated – perhaps effortlessly – into a layered soundscape of your own design. Some of the tracks on this limited release were cut from the film – including the Zoetrope Studio fanfare, and the Be Happy Again jingle. I sure almost everyone can find something to play from this disc.

Fuzzy, noisy, simple, poppy, dirgey… Just a few of the impressions I get from listening to this disc. Ye Olde Maids is Wesley Eisold, who apparently is both halves of the duo heard on the songs – handling both the male and female voices. The first 10 tracks are what was released on the 12″ version, which were recorded between 2005 and 2008, and tend to be more synth-poppy in nature. The remaining 14 tracks seem to be more crudely recorded tracks consisting of whatever was handy to record. A little something for most everyone at KFJC.

I caught some forbidden language on track #15, and there’s a gap in the middle of track #22.

Lula (aka Luis Augusto Martins) Cortes’ third and final solo album, originally released in 1980. A mix of Brazillian, middle eastern and folk – with a touch of classic psychedelic and a little I don’t know what. I really had a hard time trying to figure out what to say, but thoroughly enjoyed the record over multiple sittings. Give it a spin – it won’t kill you… – pi2r

You may judge this book by it’s cover – or record by it’s sleeve – as you would be mistakenly led to believe that this is a reissue of some folky album form decades past. Even after dropping the needle onto this mysterious slab of vinyl you would be forgiven the notion that you might be listening to some ’60s/’70s folk-psych-prog-cult-rock band, mixing the sounds of ancient Celts and the wailings of electric guitars more commonly heard in early times of Genesis or King Crimson (whose song “Epitaph” is lovingly recreated here).

Instead this delightfully moody collection of Tarot inspired songs represents the fourth album by the contemporary DC-Philadelphia area band Fern Knight entitled “Castings”. No single track can be made the highlight of this 2010 release, the majority of which were recorded in a gothic mansion in the Brandywine valley in Pennsylvania. Instead pick a track and settle in for some beautiful sounds as conspired by Margaret Ayer (nee: Wienk) and her fellow musical time travelers.

I can’t think of many KFJC shows that this would not fit into, and tracks range in length from the more pop-like to the prog-sized that can accommodate anyone’s needs.

48 tracks of short electronic compositions from American composer Robin Berger that are reminiscent of the BBC Radiophonic Workshop and those old psycotronic educational/industrial films of the ’60s and ’70s. Anyone can find a reason to use this CD: You can throw a quick one in a set (they range in size from 0:36 to 2:23) maybe as your show’s theme, or even as a bed under your mic breaks or your next production.

From Vermont, we have three talented women who sing folk harmonies with minimal to no accompaniment. This is just a taste of this delicious trio’s talents, with only five songs to whet your appetite (a full length release has also been released, which include variations of the songs from this EP). What I can come up with in terms of a comparison, and perhaps a little unfair, is an acapella Neko Case times three. The songs are sweet and – sadly – short. So if you’re even marginally inclined to play folk, or acapella, or women singers then you should definitely give this a go. If you’re not so inclined, then just play “Honeybee” as it’s the shortest…

What happens when you transplant a musician from Jamaica to the great white north? In this case, you get a fusion of reggae, soul and funk with a 32-piece orchestra to back it all up.

Founding Skatalites keyboard virtuoso Jackie Mittoo emigrated from Jamaica to Canada in the later part of the ’60s, where he joined a burgeoning West Indian community in Toronto. Despite his fame back home, he just managed to survive as a gigging musician – playing a myriad of different styles, in a myriad of different clubs. As luck would have it, another Jamaican transplant had managed to convince the media company he was working for to start up a record label where – after a handful of other releases – they approached Mittoo to record for them. The rest, as they say is history – except that (despite the quality of the music and recordings) the fledgling record company didn’t have the distribution mechanism to back it up, and the record’s sales failed to make any money and the label folded after only three years.

After thirty-five years, this pioneering Canadian reggae album was rereleased allowing us the opportunity the relive a long-lost treasure from a musician who left us way to early.

Kashmere Stage Band – “Out of Gas But Still Burning” – [Kram]

Between 1968 and 1977, Conrad Johnson lead varying groups of kids from a high school in the Houston area – known as Kashmere Gardens – into a wonderful musical world of jazz, funk and soul. During this time, the Kashmere Stage Band competed in forty-six contests, winning all but four of them. They had a sound comparable to many of the contemporary professionals bands – being compared to the likes of the JBs and the Bar-Kays. Since the band’s final year, they have been rediscovered by hip-hop artists who have sampled many of their tracks, and have caused a renewed appreciation – and rerelease of material – from this impressive ensemble.

“Out of Gas But Still Burning” is the class from 1974’s album. Contained within it’s tracks are notable covers – Rhapsody in Blue, When I Fall in Love, amongst others – plus a couple of original pieces – Kash Register (performed with Cold Fire) and The Zero Point (composed by Conrad Johnson himself). All the tracks, with the exception of Angel (which features the vocal talents of Afro Love) are instrumental. While half of the tracks also appear on the CD set Texas Thunder Soul 1968-1974, this appears to be an original pressing

Thirty members of the band reunited in 2008 – at a time when their alma mater was considered to be a “dropout factory” and threatened with closure – to celebrate the fortieth anniversary of the bands creation and pay tribute to Mr. Johnson. The story of the band, and the reunion concert are the subject of an award winning film called Thunder Soul

If you’re looking for difficult jazz, you may want go somewhere else. This collaboration – between UK jazz collective the Heliocentrics and multi-ethnic-instrumentalist jazz pioneer Lloyd Miller – isn’t at all difficult, or challenging, to listen to. At times it feels like a standard western jazz recording that could easily have come out of the ’50s and ’60s, but then easily switches to eastern infused arrangements – which isn’t surprising considering Lloyd Miller’s 60-year history in the industry, and his love of Eastern music traditions. Lloyd even raps (in the classical sense, not in the bust-a-rhyme sense) over the track appropriately named “Lloyd Lets Loose”. An enjoyable release, that should easily find a home on most shows.