Psychedelic rock, with lots of cool fuzzy chords and spacey stuff mixed in, albeit with the lyrics being a bit poppy. This record released in 2013, but Photon Band has been around since 94, with long absences. Fronted by Art DiFuria. Many of the tracks have sections of quiet melody and mellow vocals, sandwiched between heavier guitar-laden psychedelia. Track 6, the instrumental Found in Space, leans into hippyland with analog electronics. My favorite: Track 12, Thought Crimes (Part 2), with lots of guitar wrangling, stands apart from the slightly poppy feeling of the rest of the tracks. Instrumentals: Went to the Space Bar, Found In Space, Soundings In Fathmos, But I Wanna Know, Thought Crimes Pt 2, Repose. 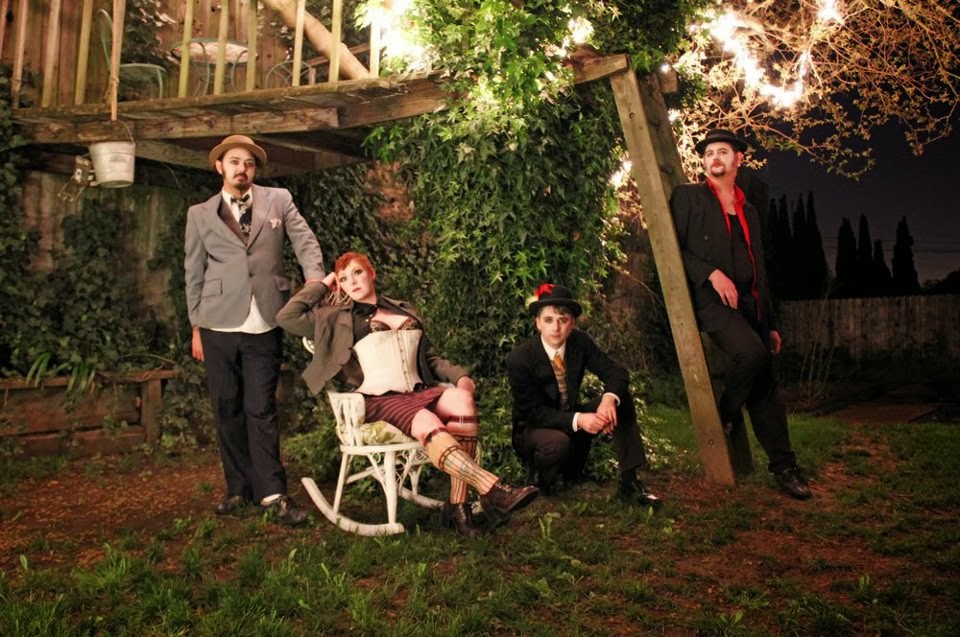 5 cent Coffee is self-described as a “4-piece post modern jug band”. This release is a two-disc concept album with tales of drinking, love, loss, death, rebirth, and drinking. Lots of acoustic junkyard blues, and carnival waltzing music with a bit of gypsy thrown in. The accordion, uke, and bass stand out here, followed by the sax, trombone, and lots of junk percussion. Moody, mournful, and blue, vocals vary from quiet solos to group howling. Good stuff.

Two 20 minute sleepy tracks by long-time electronic music guru David Behrman. Synth accompanied by flute and bassoon (Side 1), cello (Side 2), and a microcomputer, the Kim-1. The Kim-1 was used to sense the order and timing of pitches played and send harmony-changing messages to the synth.

Beautiful stuff, calming and sad. Listening, it feels, like a film soundtrack for a funeral scene where where we’re watching grief, or where we’re seeing the aftermath of a disastrous battle, or maybe it’s the music backing to a visual discovery documentary where we are seeing a long low fly-over shot of some ecosystem disaster.