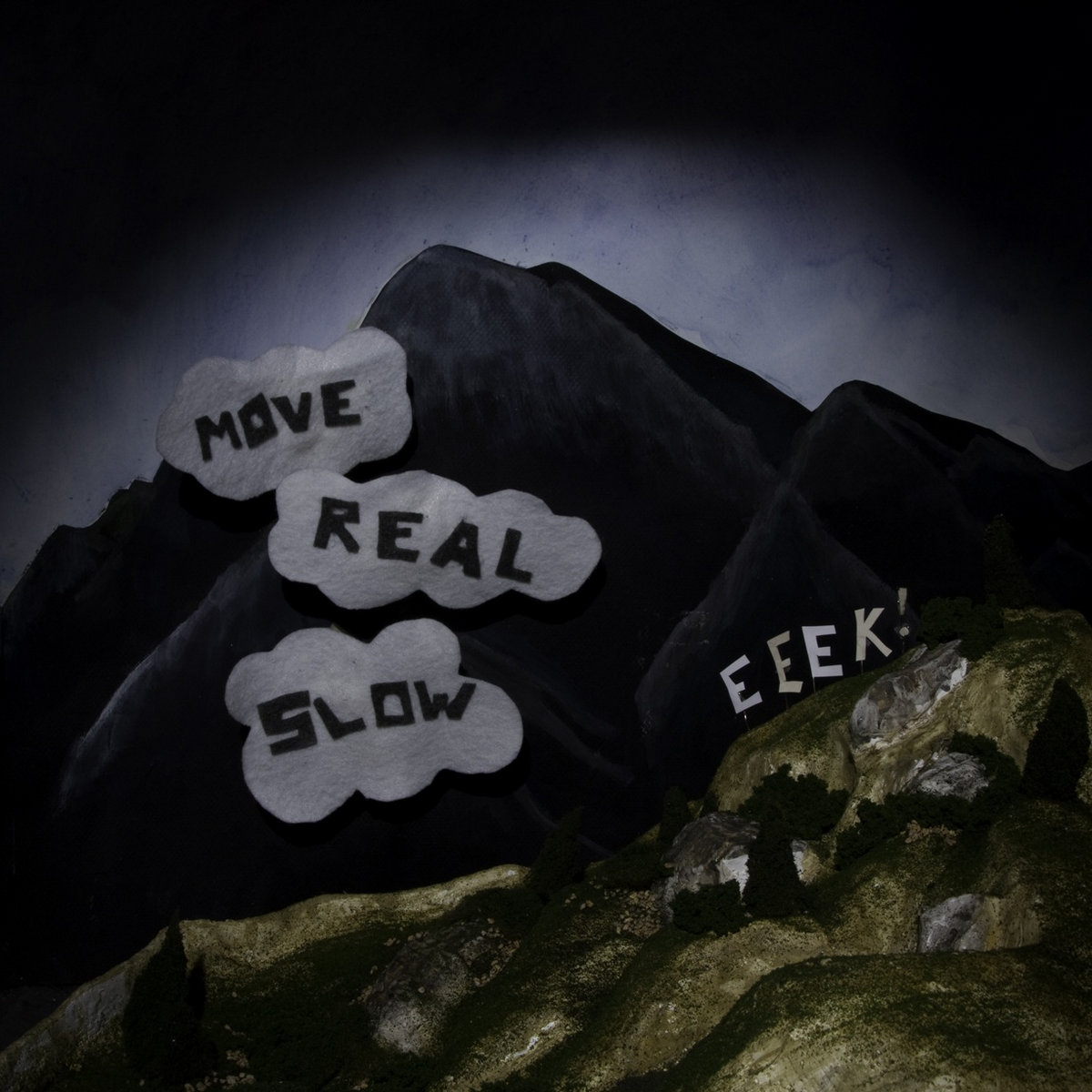 A variety of influences converge in this 2012 release that most obviously echo David Byrne vocals from the Talking Heads era with garage rock instrumentation that jangles triumphantly in ascents and troughs. There are arguably strong moments of sonic force that emerge & electrify. Although with tracks titled like “A Will and Grace Period,” it is easy to locate the Canadian in this rock. An especially apt description I found online of the outfit reads, “a bunch of (overly kind) dudes you would invite to your family reunion only to have them show up with a taco buffet.” For those of us who wouldn’t attend a family reunion or might be more inclined to avoid the ‘bunch of dudes’ who brought the buffet: We’ll be with the other relatives overly suspicious of kind gestures from strangers. 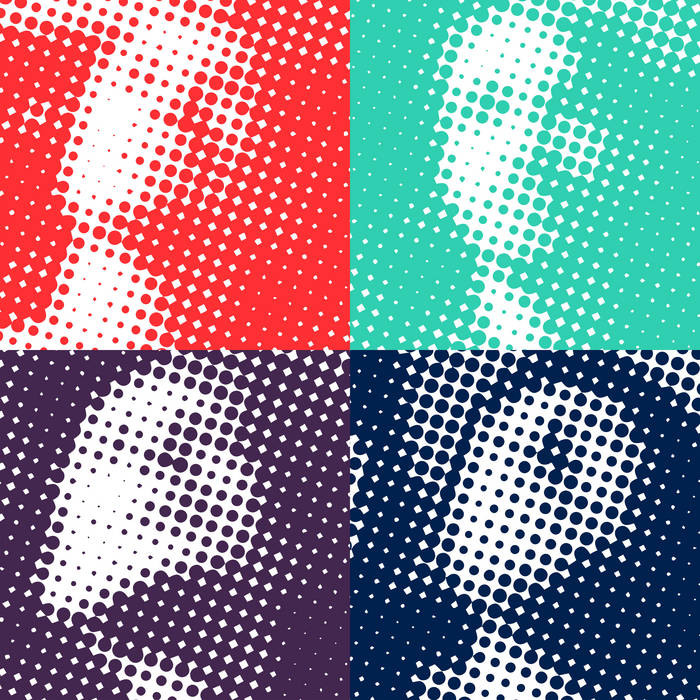 Experimental electronic music from veteran Brooklyn-based outfit Pas Musique, The Phoenix delivers seven rhythmically-driven tracks that make use of various layering techniques, a meandering beat-driven propulsion, discordant departures in equilibria, and various vocal samplings which evoke scientific novelties of yesteryear.  Together these elements combine to construct an elevating tunnel-trance that flirts with the evocations of scientific-transcendence.  Many times, the album feels like a close cousin to The Silver Apples, Electric Orange, Can and other krautwork relatives. 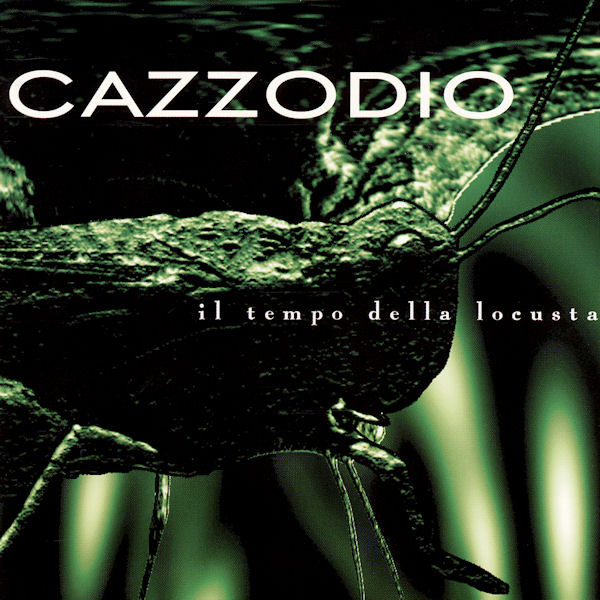 A reissue of a seminal early beat-driven power electronics album from an obscure, influential and shadowy Italian outfit.  This work is immersed in the heavy machinery of war technologies.  Espionage telemetries in the black waters of conspiracy-driven wars throb with bombastic rhythmics driven from black-on-black weaponry. Despite the heavy militaristic/war thematics it is possible to side-slip into an adjacent imaginary universe while listening and allow this album to soundtrack one’s favorite post-apocalyptic superstate scenario or simply enjoy the metallic acoustics. 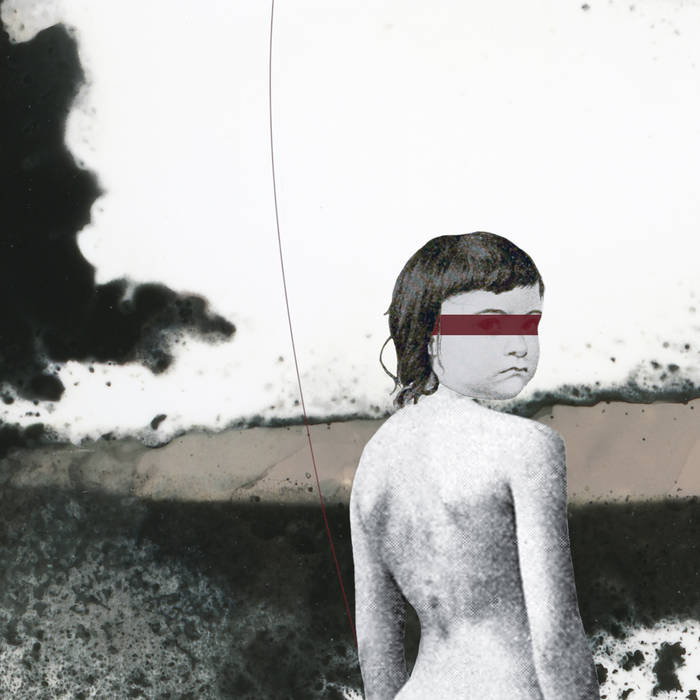 This album from Monocube mines the psychical landscapes from the descent-worlds in tribute to the bottomless selves who stalk these nether regions in somnambulistic unconsciousness. In the cold & voided domain of vaporous dark drone, synth layers and stirring strings evoke the transient-eternal paradox.  On the geologic side, this is cavernous and uninhabitable terrain save for only the most evolutionarily built: a plutonic dimension for lost souls unliberated and stuck in the orbit of heedless repetition. 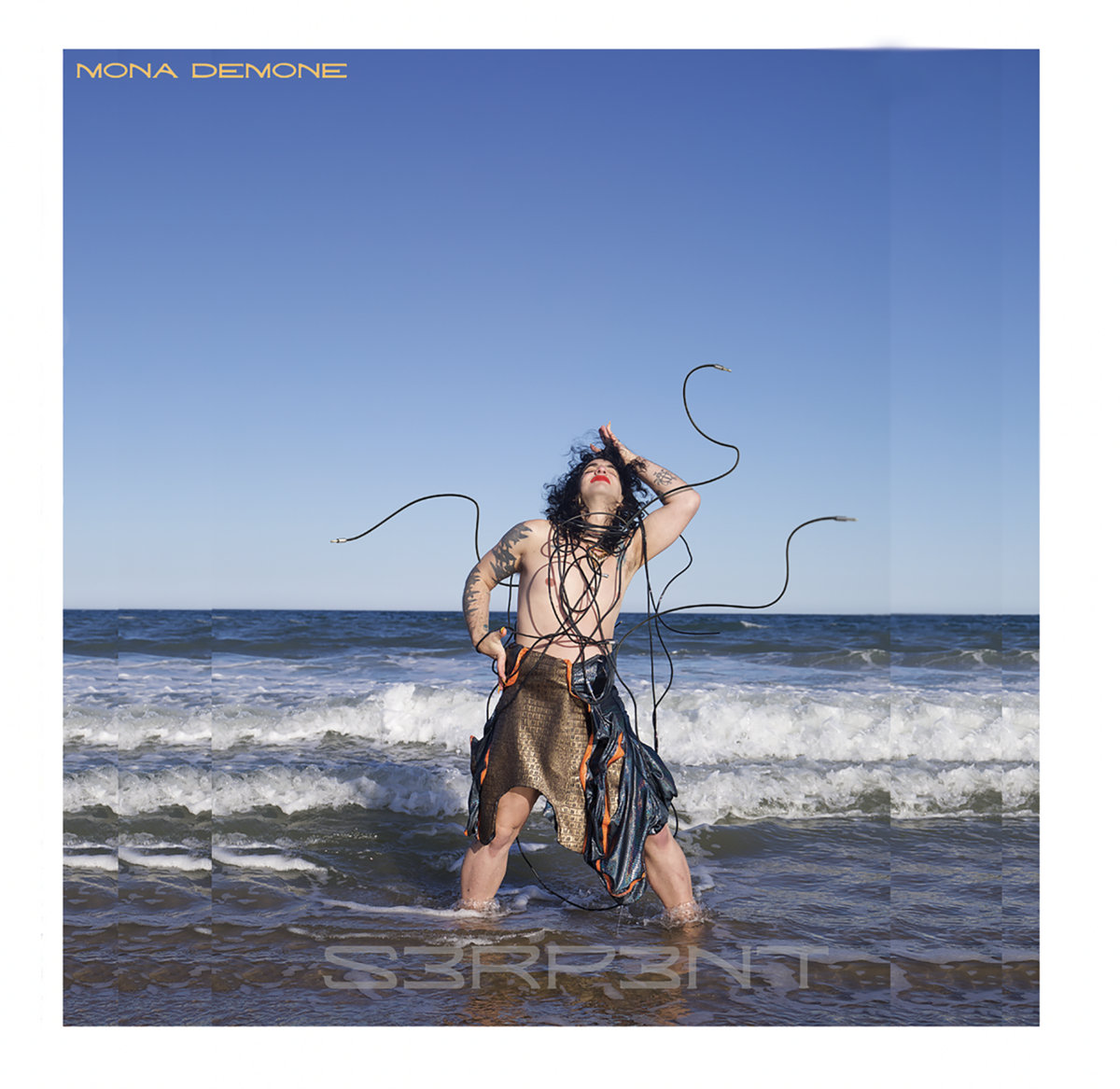 This album shamelessly relishes in the splicing & synthesizing of various binaries to hybridize its own anthemic animations: Neptunic rainbow-diesel siren songs soundtrack a campy tromp through the soon-to-be-devastated wonderlands of our greenwashed Armageddon while joyfully tripping on psychedelic analogs made with a kitchen table chemistry set. Dance-y in the DIY tradition of ****-off homemade beats, this is an album for listeners who can undertake the moral-aesthetic quest of finding good-in-the-bad and trip inside someone else’s head without judgement. 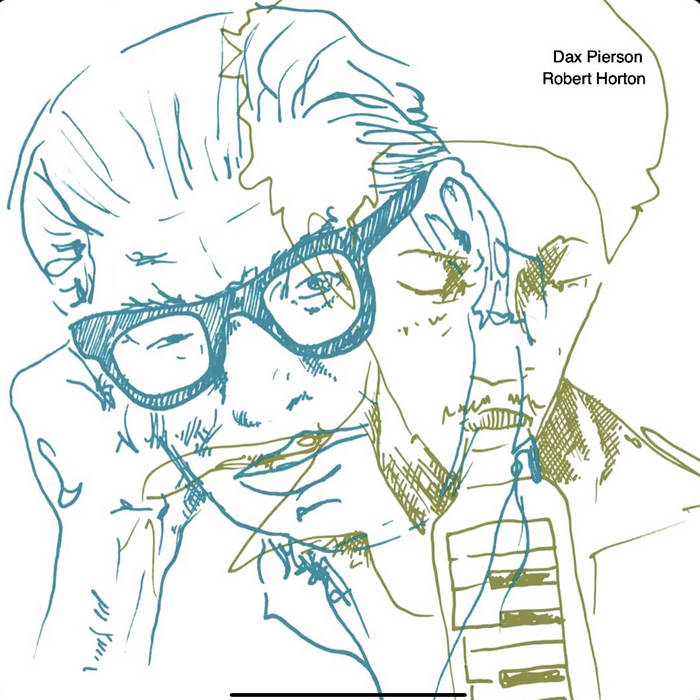 This re-release ushers in a season’s worth of plastic suns by Oakland-based composer Dax Pierson with contributions from experimentalist Robert Horton. This music is diurnal: A tribute to atonalist and minimalist classical composers with plenty of influence from the ancestors of experimentalist jazz and avant-garde lineages (a la Steve Reich & family). Drone and phase-shifting animates the elementals lending an earth-bound shamanic field to the compositions. Patterns, electronic pulses and consonant harmony stretch out like refracted beams of crystalline light. This album is solar slow but sunny all-the-same. For immersion in winter and third-eye animations. 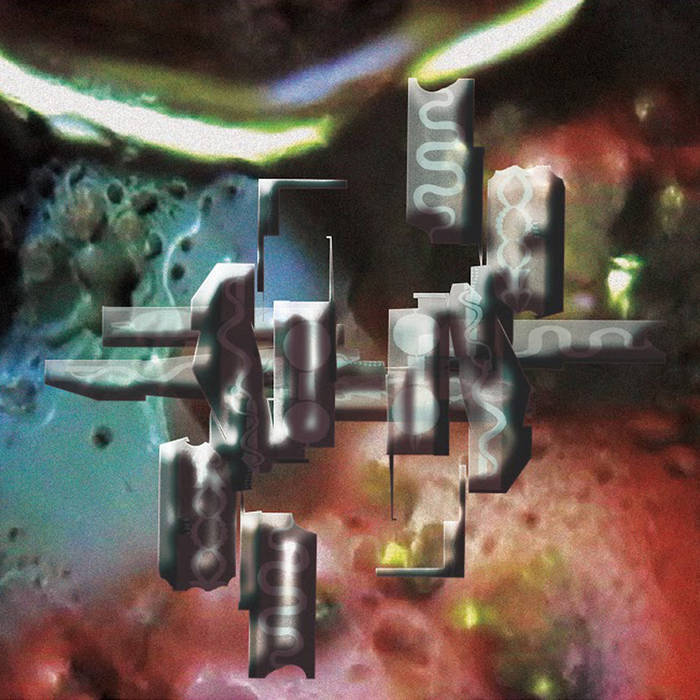 At-once lushly sincere with tribal mysticism and playfully intoxicated with its own comic book-colored exoticism, this release from Nonlocal Research evades unity and easy characterization but travels through the imagined terrains of the pre-colonial Americas to navigate magical topographies with a videogame joystick. Atmospheric, damp, geologic, and aviary, this album probes into various corners of earhole ritualism. 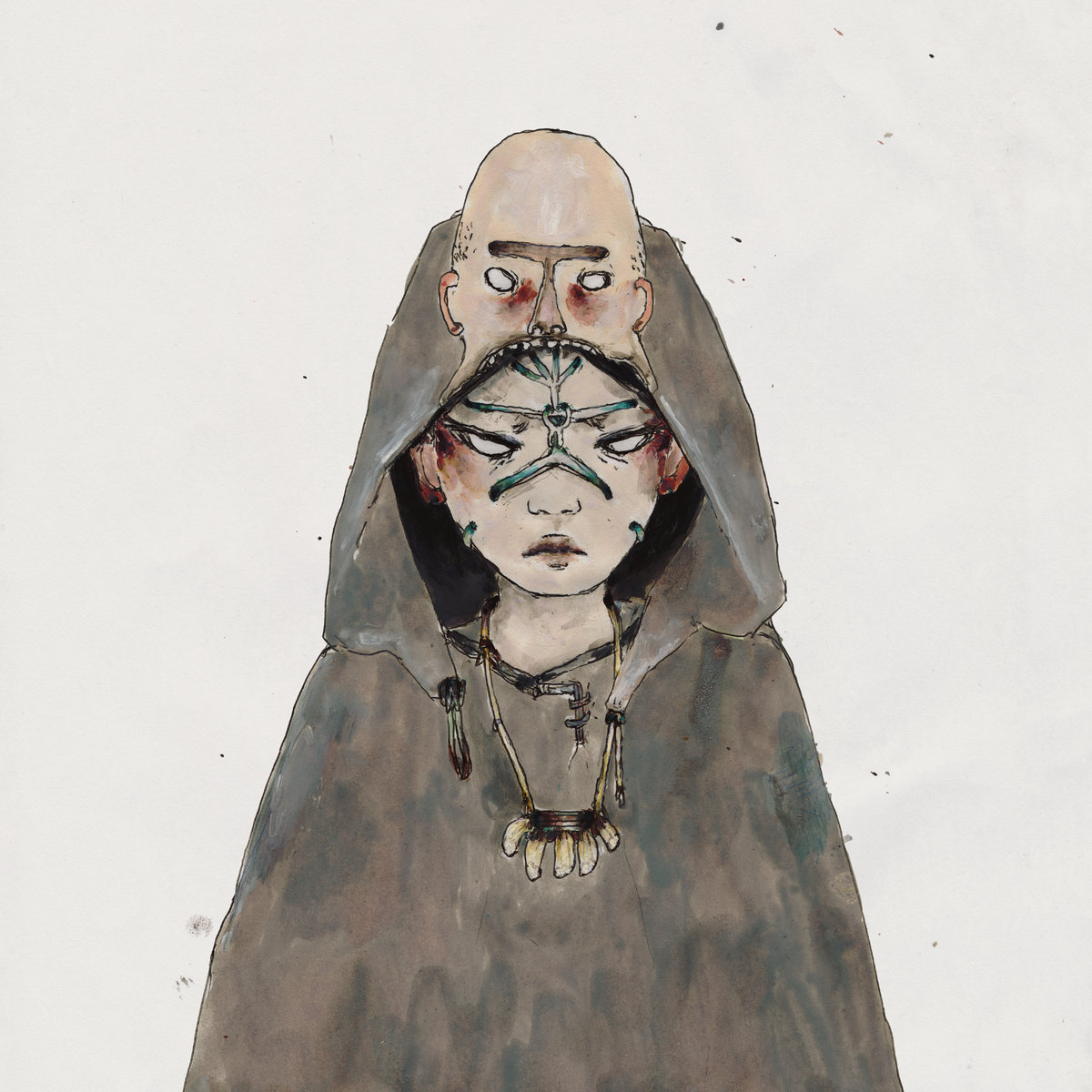 A virtual crepuscular landscape folds into new sonic domain-worlds. Liquid lyrics from the wormhole hyperreal. This album constructs a different relationship to time that is so ordered as to feel immersive.

Ambient synths, various sound effects, blank moments to open the channel. Cross-sections of ambient, game music and composition theory with sampling and field recording imports. A careful balance between natural and synthetic sounds constructs an afterlife inversion of this world. The melancholia feels suspended in a transparency heaven superimposed on common earthly tragedy. 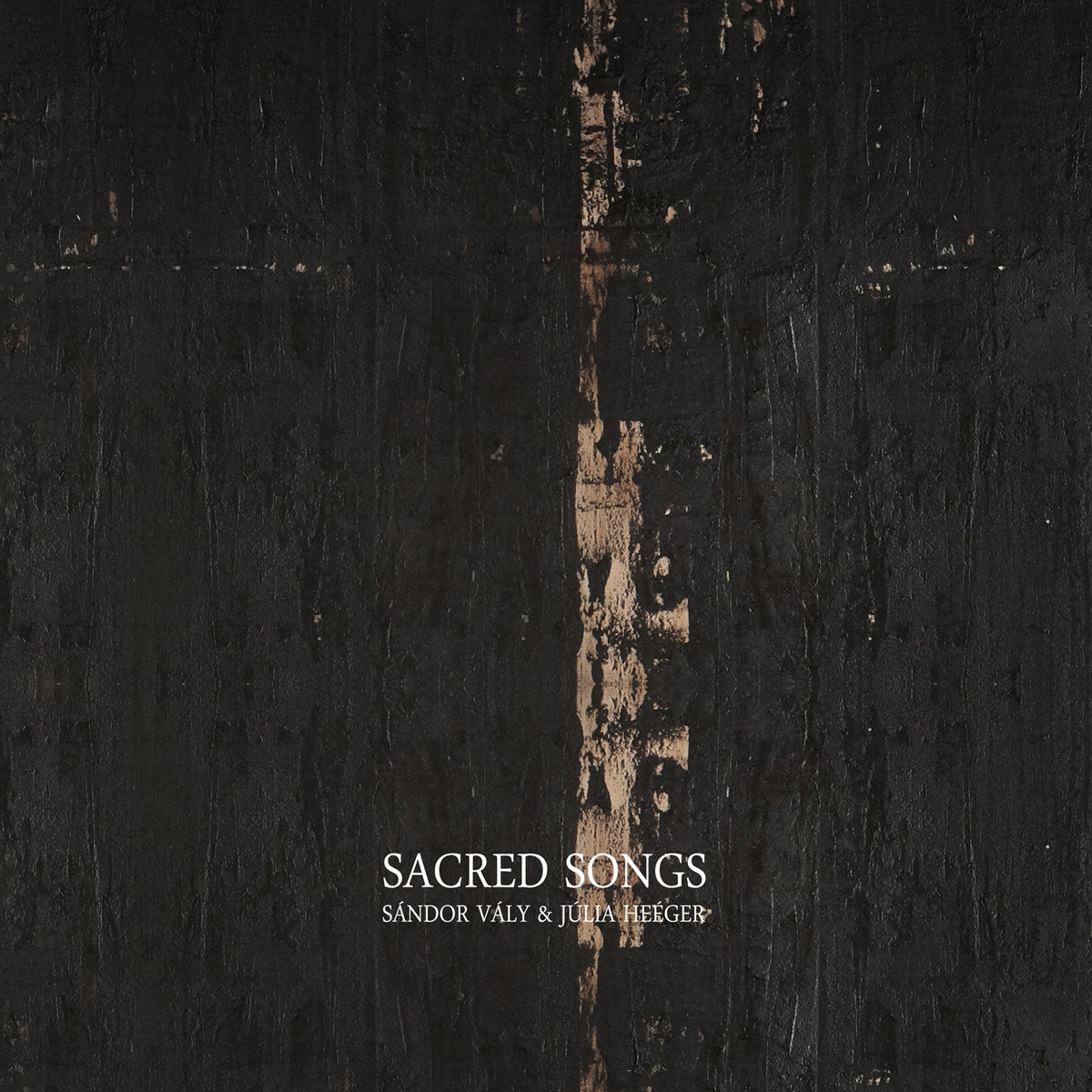 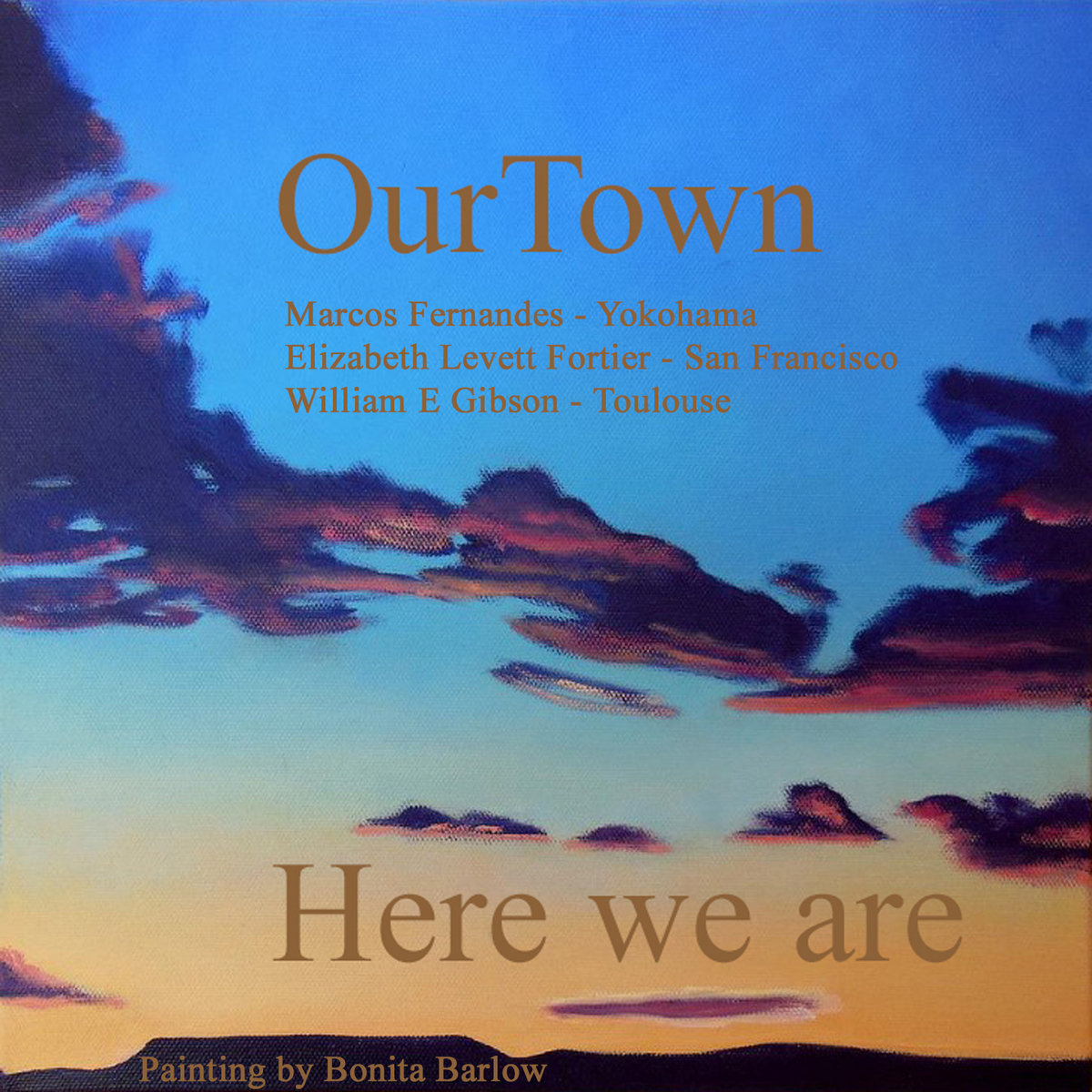 This is the kind of art-folk rock music that brings together the wise wonder of the NY Downtown scene with rural New Mexican sensibilities into a post-hallucinogenic dayglow gratitude journal. Both yoga-mat and cigarette-smoke free, this album avoids most cliches that one would expect to find of this kind, but still manages to relish in its idiosyncrasies shamelessly. There is a perennial-perfect-afternoon-mixed-with-life’s-laments-feel to this album for those that can appreciate undressed music which weds desert colors to the urban mundane. 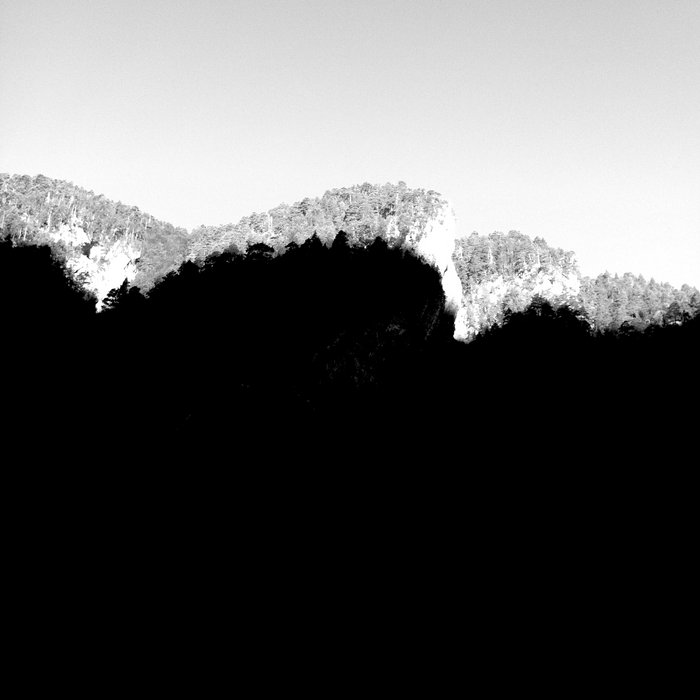 In this album by San Francisco experimentalist composer Ernesto Diaz-Infante, atonal canticles of the sun’s calendrical signatures brood out through electric guitar post-production and subdued improvised noise. The radiation waves ride through each track arcing at solar speed as the album progresses. At noon’s crest the heat energy and silver strummed guitar glints towards infinity blue. Two notable departures from the atonalist appear on tracks VI and IX. This album is slow cinema for atmospheres witness to human endeavors. A dreamlike ambulation advances the momentum. The ending is pure romance of heaven. A horizonal transference between earthbound bodies and the transcendent celestial order lights up the twilight with evening color gods.  Let us remain here forever. —Ms. Conduct 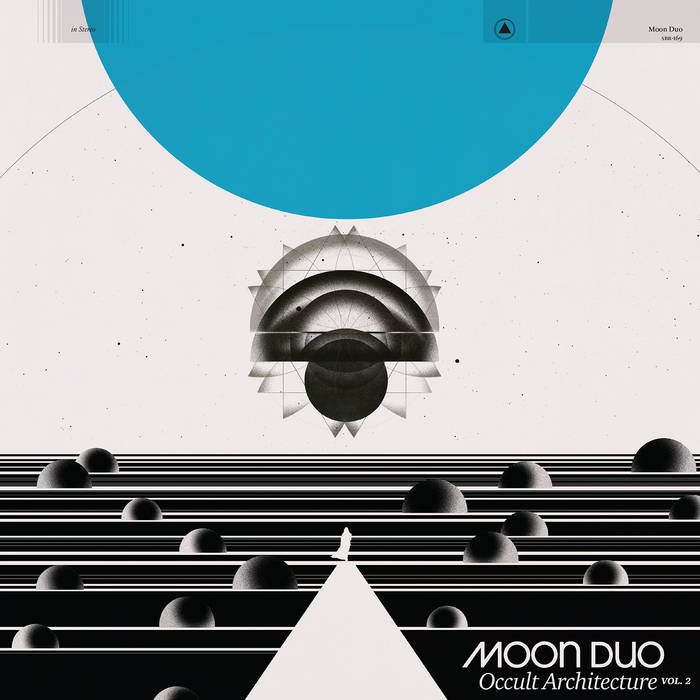 All of the signals for Moon Duo’s second volume of Occult Architecture suggest the recesses of a lunar netherworld: astral in origin, anti-gravitational and steeped in rune lore esotericism. The album, however, contradicts its namesakes and offers up a cheery sonic plane of yellow mellow psych rock wrapped in soft drones. Weekend plans? These are tunes for forest bathing in daylight. Bright atmospheres with a hint of Sunday sadness. On the affirmative side: Cannabinol elevation and solar spiritualism. For the low end: Happy dog photography & stealthy hymns for television’s commercial converts. —Ms. Conduct 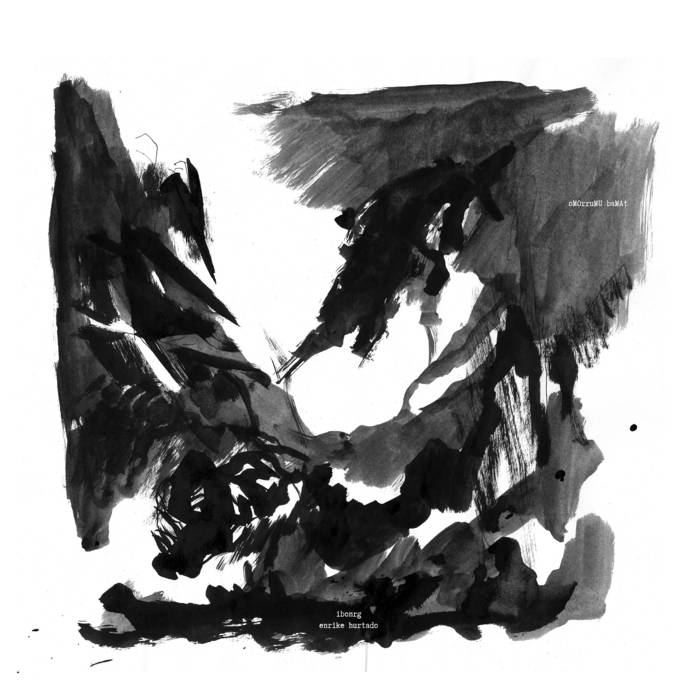 Each track in this collaboration between Spanish musicians, IbonRG & Enrike Hurtado, reads as a distinct incantation. The confluence of styles brings together acoustic folkloric vocals with the traditional Basque percussion, the txalaparta, while digital departures designed with special software (à la Hurtado) layer and complicate these blood-psalms. This album sings like a sanguine invocation of fabled scriptures. Its articulations are the trace affects of centuries past. Brood amulet and rouge quartered from one continental position, separated from stone. The bone choral and solar massacres stolen underfoot. A Spanish prayer factory of ghost hymns, lowered in sun. 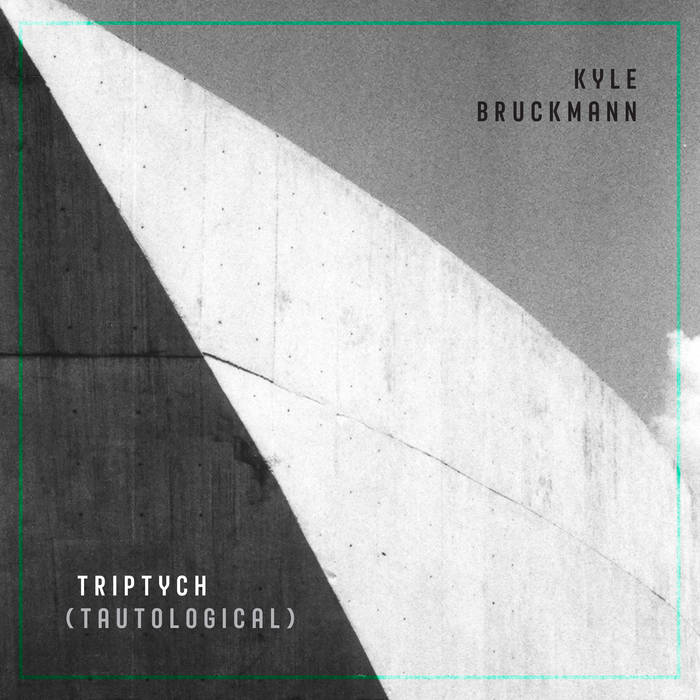 Kyle Bruckmann’s Triptych (tautological) enacts an ekphrastic homage to his avant-garde influences in this patiently evolving four-track album. Triptych opens with the likeness of electronic insect wings defragmenting into atonalist improv as his woodwind surfaces to a state of recognition. As the album advances, it echoes more restraint than Tzadik Records jazz compositions, while other times one can hear updated excursions into the domain of the Radiophonic Workshop. The end result is a sparse cobalt narrative with enough lyrical sophistication to get its articulations across with ease.

There is a pensive quality to the controlled folly of these compositions. Hailing from the world of classical music, Bruckmann’s album contains hybridized traces of free jazz, electronic music, post & art punk. At times there is a palpable sense that Bruckmann draws heavily from musique concrète, though that may be just a coincidence of the mash-up. This is a dramatic album, although not one terribly exaggerated. It plays like the soundtrack to a postmodern mystery novel, so solicit your shadows after noon before putting this one on the spinner. 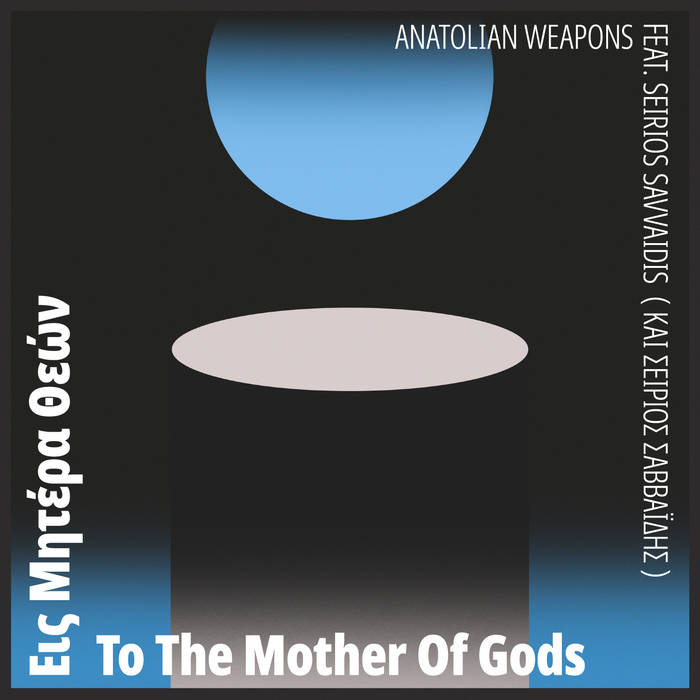 Anatolian Weapons – "to The Mother of Gods" – [Beats In Space]

Postulating a kind of inverted oracular through the sonic landscapes of this collaboration between Greek musicians Aggelos Baltas and Seirios Savvaidis, the album reconstructs an acoustic imaginary of ancient folk traditions with upgrades from psychedelic and space rock contemporaries. In the reverb cycle one hears a certain agrarian re-envisioning of the world, replete with harvest rituals and celestial incantations. Only once or twice one might hear a wrong exit in the direction of slipstreamed Neo-Classical utopias of the 1970’s sepia sci-fi variety (replete with columnated bathing chambers and shopping malls of the future-past). For the most part, this is a folksy reckoning of ancient Grecian musical traditions with a modern upgrade. The utopic yearning reaches full crescendo in the closing track where a ‘new dawn beginning’ solar horizon opens on to a suggestion of futures. 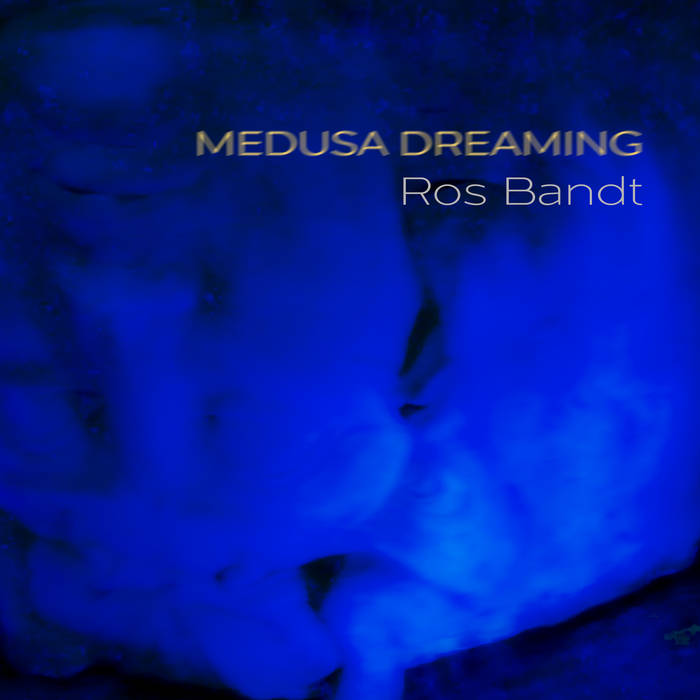 A sound sculptural homage to water and dreams, Medusa Dreaming, enacts the aboriginal dreamtime in this aural prayer to the hydrosphere. Recorded as a live performance in the Byzantine Basilica Cistern by Australian environmental sound artist-sculptor, Ros Bandt and the Medusa Ensemble. Bandt construes a menagerie of ghost whistles, flutes, harps, shells & shakers, ethereal vocalizations and other improvised electroacoustic ambient noise to incant and resurrect water spirits from the ravages of the Anthropocene. This site-specific composition draws source from its locale—an underground water palace beneath Istanbul, Turkey—reconstructing a ‘sonic archaeology’. Glass tears from the ceremonial cistern. Aeolian harps are plucked by crimsoning fingers at the bottom of Lake Mungo. A Rimu tree’s ultrasonic growth bends into the hydrophone stream of frenzied carp feeding in waters beneath the live performance audience.  Welcome the drown ceremony as Ophelia and enter this bathy-spheric hallucination. 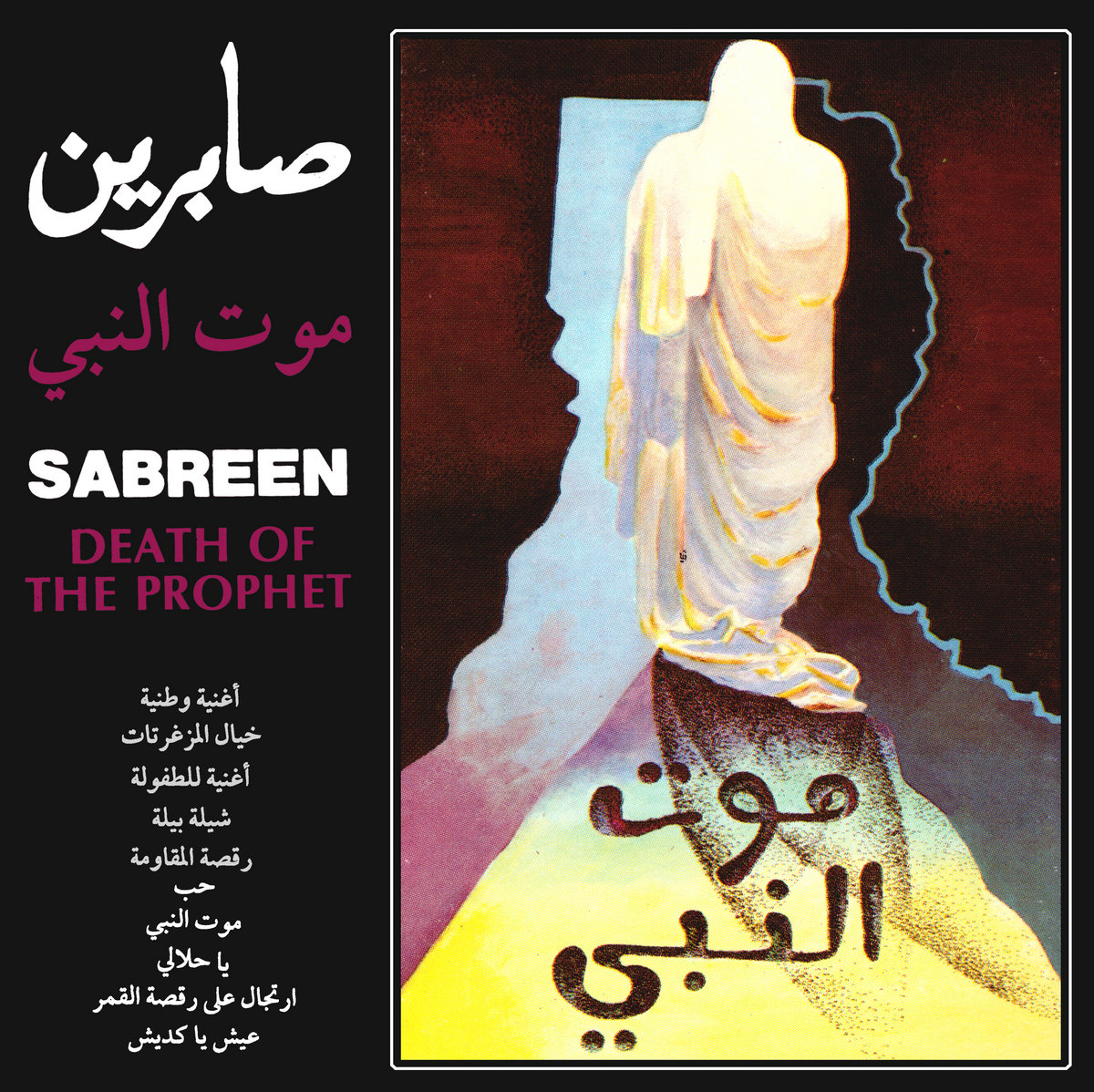 Sabreen – "Death of The Prophet" – [Akuphone]

Sabreen formed amidst the drama of political turmoil in 1980 as a collective of Palestinian musicians & artists interested in channeling the generational sentiments wrought from social strife and the hope of eventual conciliations. Death of the Prophet, originally recorded on cassette at the beginning of the first intifada (the insurrectionist rebellion of Palestinians against Israel’s occupation of the West Bank) in 1987 and was re-released in 2020 by the Akuphone label.

—Barbed chords pluck misery from heaven as the larynx releases a white dove.

—A sanguine calligraphy bleeds out an arsenal of poetry to wrangle the holy landscape.

—Ghosts send up a solemn prayer for peace that the usurpers hold mute.

The oud and the kanun instruments preserve echoes of their classical origins, but are adapted to modern composition with freer improvisation. Lyrics deploy sanctified words from the Palestinian poets, Mahmoud Darwish and Samih Al Qasem, imbuing this album with postcolonial righteous zeal.