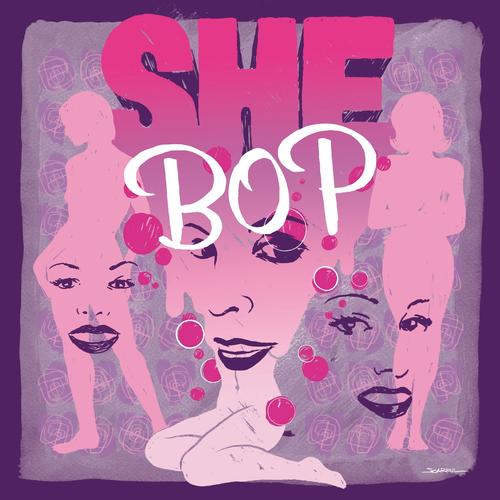 She Bop – Collection of 50’s Females

Penny Records is out of Italy that has been releasing some interesting soundtrack music and has put together a great collection of songs from the late 1950’s by a remarkable collection of female singers.

The 1950’s music is a great area for exploration, as the music hasn’t been given a lot of exposure on radio and movies. It’s like everything starts in the 60’s with music, and that’s too bad because a lotta bopping went on in the 50’s. This is a great collection fo spirted R&B, rockabilly and pop music, especially since several of these songs go on to be hits by others. While Scott Walker did The Big Hurt, on this record Miss Toni Fisher really puts some dirt in it. And Elvis rose up through the pop charts with Hound Dog, but on this record you can hear the original by Big Mama Thornton. Speaking of Elvis, in the 1950’s Janis Martin started her singing career before Elvis, and though now she is billed as the female Elvis, it should be that Elvis is the male Janis Martin.

The 1950’s was a time when rhythm and blues was spawning rock and roll, and the songs and the singers had more grinding rhythms and gritty singing. Ruth Brown, Etta James, and Eartha Kitt started their careers in the 50’s and it’s a good introduction to them.

This is a good rockin’ collection of songs that don’t disappoint. Bob Corsi compiled the collection skillfully to introduce you to some great talents through familiar songs, covered by others, and while some of these songs flirt with 60’s pop, opens the door for you to start exploring the world of the big 10 inch and 78rpms of the 50’s. Not to mention these all have a great beat that you can dance to , if you are just happy enough to play this at your next party.