“Darkness is Easeful” is the title of track 5, and I imagine it would be for whoever made this stuff. A tinny clang rings out across a ruinated, lamenting, and paranoid landscape that Jesse Sanes has decided to make his playground. Sanes is a hardcore man who sang for punks HOAX from Western Mass, active 2010-2016. This CD compiles two cassettes released in 2014 and 2017 under his solo Liebestod moniker (“love death” in German). While noise tapes are known to sell fast and disappear forever, save for the rare appearance and coinciding astronomical markup on Discogs, limits of the medium often belie the scope of the sounds they contain. Enter “Chill” Will Killingsworth (renowned engineer, Dead Air Studios, WMass), who did this material a solid kindness by mastering this work to sound not only crisp but dangerously loud on CD. I was literally cringing at the thought of and afraid to go above 50% volume, but my ears are pretty sensitive and damaged so maybe that’s just my problem.

A pastiche of field recordings, power electronics, and spoken word converge on you in the fetal position as you try to gather your scattered and scribbled thoughts to steel yourself for the foraging of anything that might sustain you until darkness falls once again. 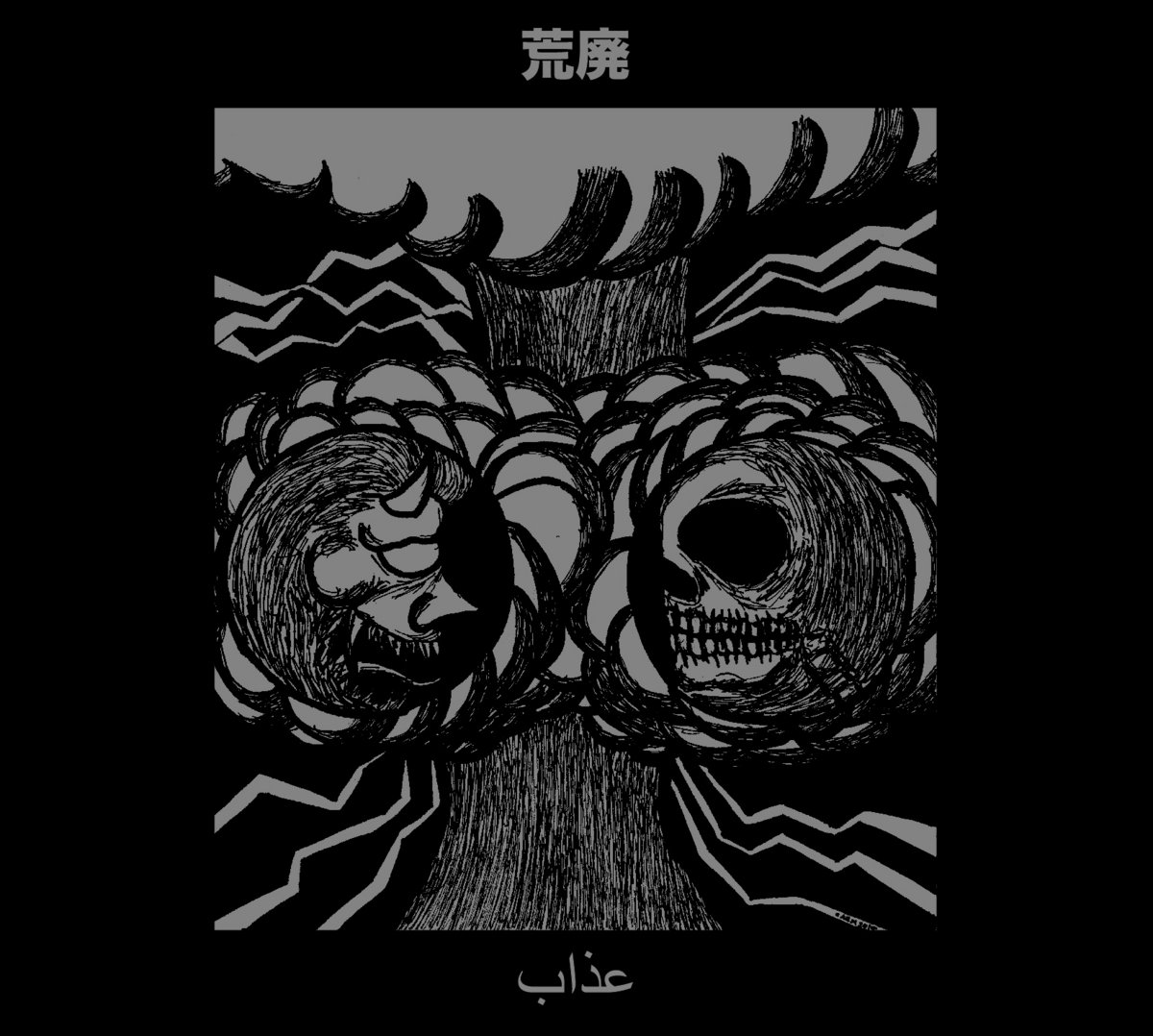 Hard drum machine bass beats start this album down the hard road towards godless annihilation. A Japanese style obi strip on the CD packaging from this two-headed Chicago outfit is mostly in Japanese aside from a forbidding yet apt collection of names: GISM, BATHORY, THROBBING GRISTLE, SISTERS OF MERCY.

C tightly programs a drum machine that blasts and booms, as well as providing tortured black metal vocals with occasional Sisters of Mercy style gothic flares. They are accompanied by a disciplined yet wildly fuzzy metallic guitar tone flowing from R, a seasoned hardcore guitarsmith.

A triptych of intermissions (Interzonas 1, 2, 3) flexes the electronic capabilities of this unit. Traditional song structures help to force feed this very interesting mix of underground elements and influences down the throats of any unsuspecting audience.