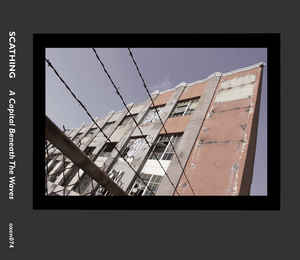 Scathing – A Capital Beneath The Waves

Austin man takes a turn at the harsh noise wall of epileptic seizures on the forever-metastasizing Oxen label and he does a welcome turn at the attention deficit stabbing wheel of disruption but it is clinically cleaner than all the babies’ bottoms that Albert Fish licked clean. so pure that you will need adolescent canine ears to notice and appreciate all the intricacies and more importantly you’ll need vats of trauma informed narcotics and antidepressants to recover from exposure at loud volumes which is really the only way to get this deep within so you can go that far without 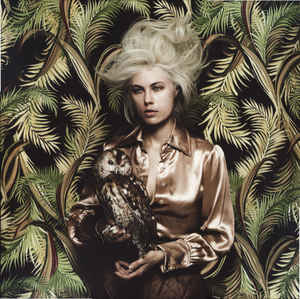 Atmosphere – The Day Before Halloween

he sounds a little bruised and tired probably because he hasn’t aged well.  few do.  lyrics continue to combine experimental nonsequitur with glimpses of abstract and literal autobiographical sketches with sort of rhymes that don’t seem to go anywhere.  if you’re looking for enlightenment you might have missed the joke but you’ll have no problem going with his conspicuously electronic synth’d frigid flow that sounds fucking heavy and clearer than your perfect hearing before you ruined in your 20’s smothered by a sick stereo system that can handle the bottom ass end of the boom but fuck is it painfully slow and narcoleptic when he seems to be singing sort of in tune without any fool’s auto dithered gold but you won’t mind cause he don’t stay that long moving on to the next pseudo wise crack nug of flimsy insight that you might relate to or not just nod yer nog and negate your thought and hit it only during Safe Harbor

ALL FCC ALL THE TIME. 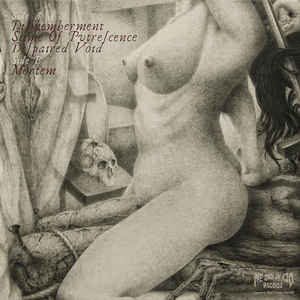 self-described dismal slow death metal is a more than adequate and accurately apt description and favorable review of Japanese legends who build atmosphere over primitive technique that few can hope to achieve must less imitate.  there is no such thing as a bad Anatomia album.  somehow the duo’s vocalist manages a low register that isn’t humanly possible, a kind of inverted Tuvan meditation not far off from legendary peers Corrupted.  known for blurring distinctions between old school death and doom this fatalistic self worthless ever worsening and increasingly painful deterioration of life perfectly expresses the pointless effort sustaining it any longer. 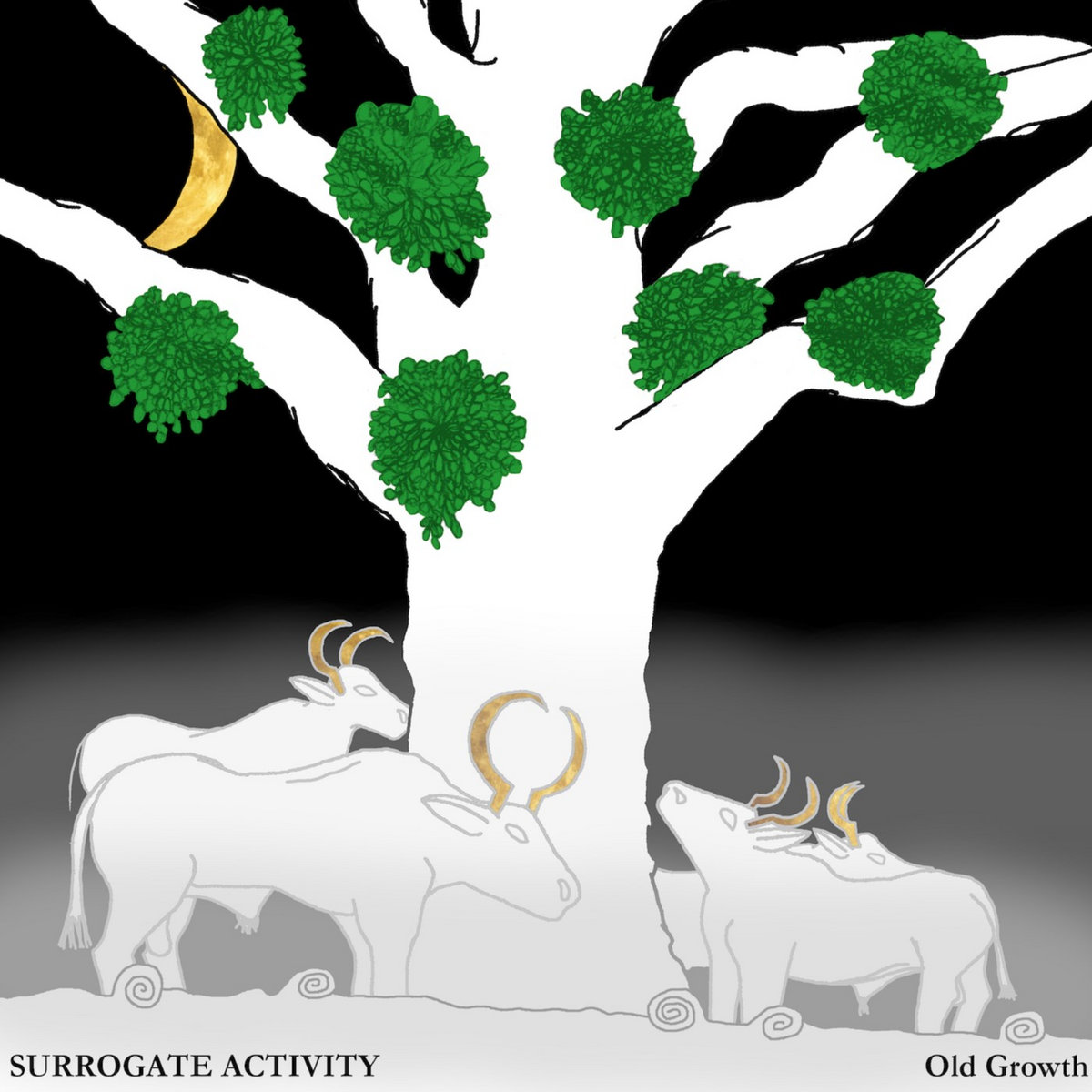 unknown entity from Dublin who applies an ecological perspective from the rapidly disappearing old growth of ancient woodland, the loss of which no doubt is expressed in the multilayered three part saga of two possibilities: 1. the sound of the invader’s attack on its own sustenance over thousands of years ℅ virulent homo sapiens, in less than an hour or 2. the cries of indigenous deciduous oak over the same period of time compressed into less than an hour.  we hope that all three parts capture the struggle between them until the end of our time here on earth.  the first track, named after the last surviving fragment of the great Oak Woods of Tinahely, serves as a harsh noise introductory wall that doesn’t give you a chance to pretend you are interested in your wake of destruction but assimilates your city bred ennui with a jolt of forest spite that sprays its interlopers with a fog of genocidal repellant that will only exist in dreams while disembodied voices of the dying human species is relished and celebrated with the only kind of joy that a hate forest can feel moving to the second track named after a formerly predominant wooded area that is nearly extinct with the exception of a few restoration projects such as the namesake of the thrid track, Abbyleix, where the midlands bog locals defiantly stopped the municipal excavation assault. one can now feel the roars of minor victory from this eternal conflict for mastery or perhaps an eventual leveling off into inaudible commensal equilibrium 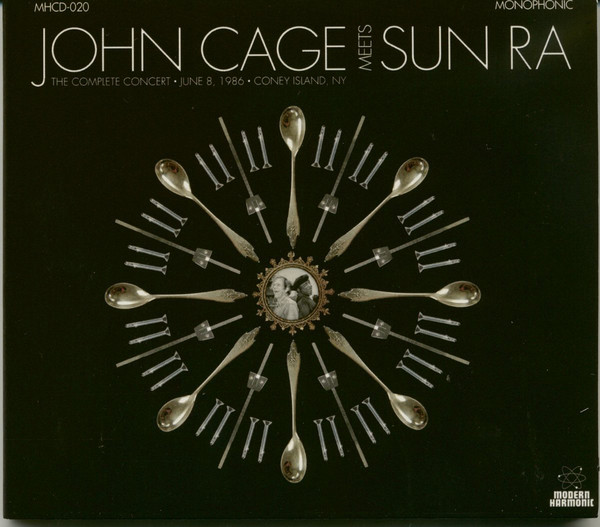 there is a lot going on and not a lot going on here.  to get it all in perspective it’s best to listen to all four sides and memorize the liner details.  to summarize:  it features prominent solo synth, solo silence, and solo vocal as well as some of the aforementioned qualities even when both titans play together.  the emphasis continues to explore improvisation over composition. Ra’s solo vocal tracks are not silent nothing or wordless like all of Cage’s solo hummed and mumbling vocals or in his case, actual silence.  Ra’s vocal poetry is just difficult to hear.  you will need to raise the volume to the loudest setting.  Ra’s reputation using multiple synths was established and well-known especially his passion for Moog, Minimoog, Arp and Buchla synths, but Ra got to play with the new DX7 (introduced in 1983), which will likely be the highlight for most Sun Ra fanatics and synth freaks as well.  as for Cage and Ra duets?  they seem to not even be present on the record.  and what does Cage actually contribute to this release? and with the way the titles present this as a collection, who knows, were both legends in on the prank?

notes:  other synth track by someone other than Sun Ra – Marshall Allan’s Untitled Wind Synthesizer; Enlightenment is the only song on the album and the one with the only singing by June Tyson. it perfectly doesn’t belong. is it a so bad it’s good KFJC standard? you bet 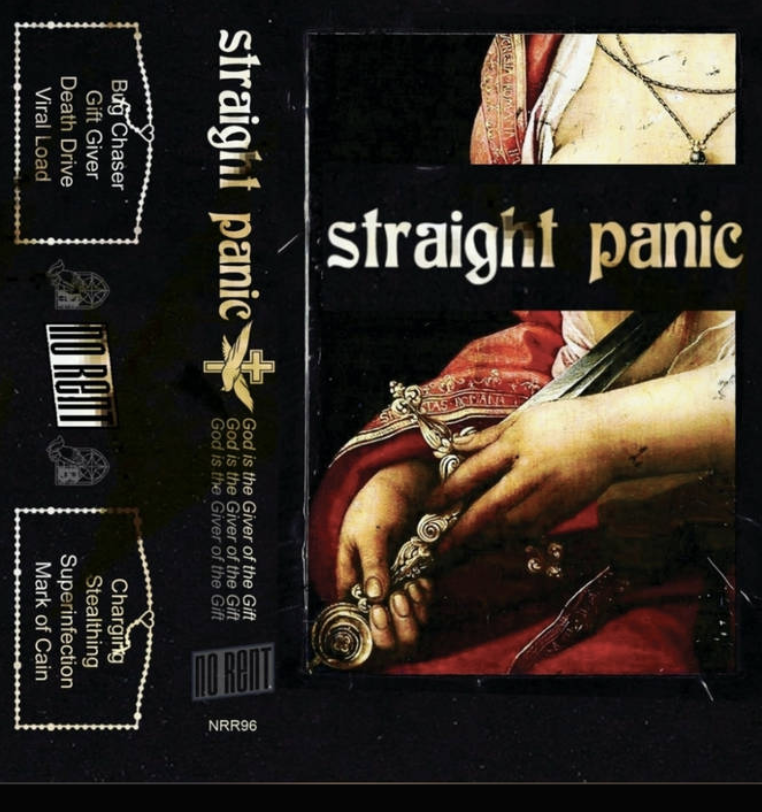 Straight Panic – God is the Giver of the Gift

self described queer power electronics, the Providence Rhode Island artist continues to provoke conventional assumptions and lethargic conclusions of perceptions from within and without the worldwide community of gender and sex elasticity all of which defies a single, common, authoritative view.  with that in mind, the artist exposes a sublevel of driven sex hunters that proudly refer to themselves as giftgivers and bugchasers i.e. intentional HIV infection/ transmission/ reception.  is this a myth?  are these pleasure seekers suicidal?  are they liberated?  you’ll have to decide for yourself because according to the artist and his guest collaborators it “strives to neither glorify nor shame, but rather humanize those who were vilified by leaders of Faith and Government, left to fend for themselves during the height of the epidemic.”  most tracks open with a docu-style sample of a male explaining an aspect of the chasing/giving/receiving setting like a segment of an interview, and at least one preacher sample, and a porno claim that “i’ve converted about 15 guys.  oh fuck”  then the sound abruptly shifts to a jarring interplay of densely layered textures, frequencies and “disembodied voices of the departed” aka as spoken/yelling/screaming and rubbery, slithery, wet roars of anger/resentment/rage likely directe at religion and government (or people dumbfuck enough to fall dfor this shit). this is Straight Panic’s most accomplished, well-conceived and executed release.  the concept and presentation  work best in its entirety. the idea that one can live without fear and enjoy fucking for the sake of pleasure with no care or interest in the future. to embrace your own demise, is paramount 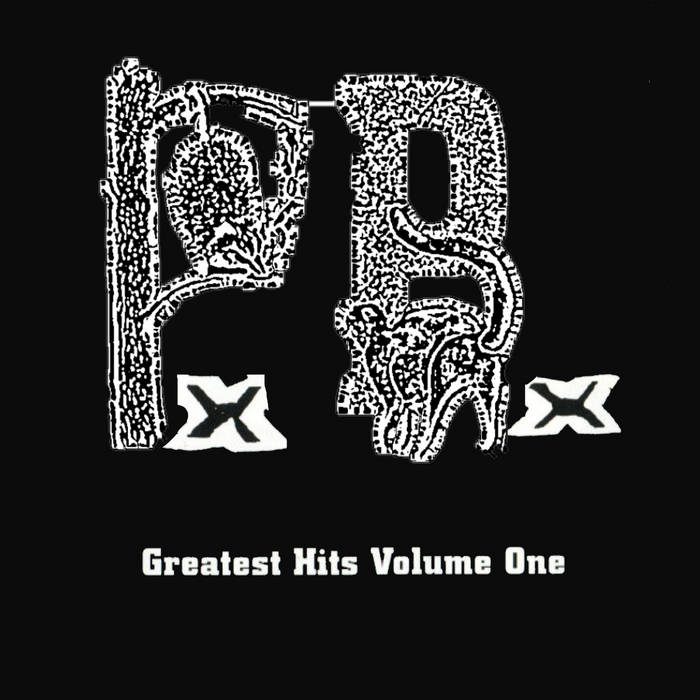 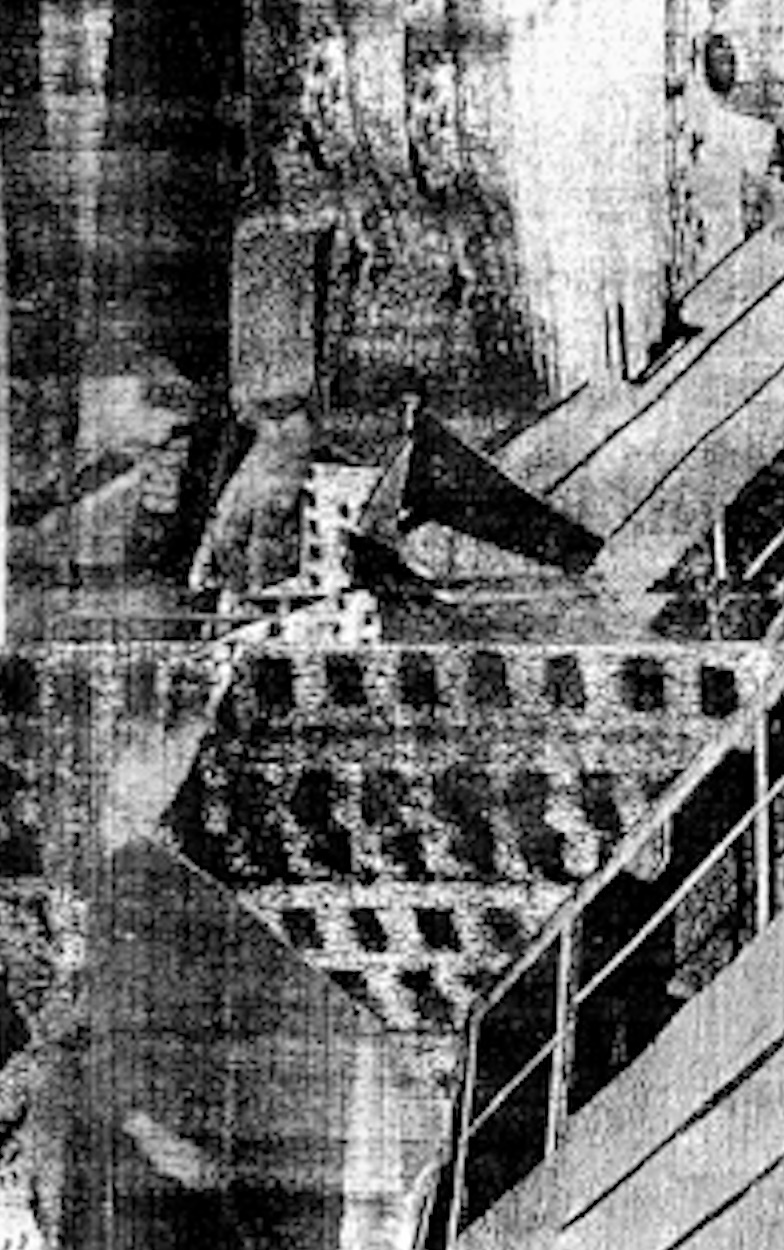 two lengthy “rehearsal” tracks, one per side of the cassette from a California recluse who enjoys fitting into the bray of the public rabble, probing a reflective mental fullness of decay laced with longterm effects of drug enlightenment while seducing passengers unaware of the trap he has set for you in his kill room of heavy, thick noise penetration, ruptured by periodically emerging then vanishing, odd and awkward hints of pulsing tension loosening bowels of restrained anticipation that inspires physical dance violence between predator and Teachers AIDS prey 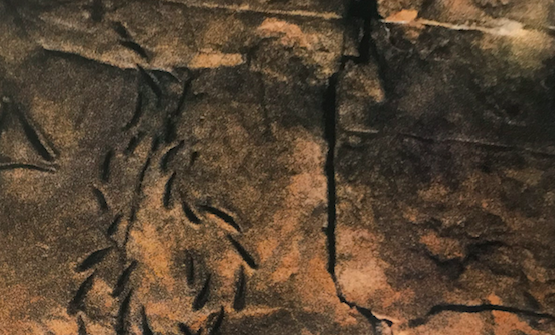 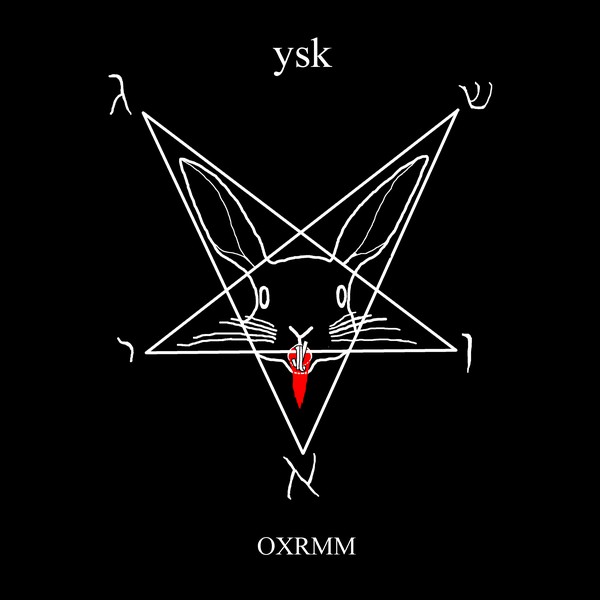 allegedly Japanese medium marsh flagellum with avocado rhythms and dingleberry croutons by handrawn bunny adorned by hyperdermic needle sperm coccidia collar that push and pull out at exactly 4:00 each.  don’t settle for one hit. you are meant for all 8. the voice of the bunny remains beneath the seven layers of ectodermal tissue and guards the underlying muscles, bones, ligaments and internal organs. the force direction and physical load develops sprained buboes that scar the back of the host and can be read only by braille incisions leftover from its entire donation.  scab cycles obliterate top layers of protection. we’ll accept no amount too small or too large. 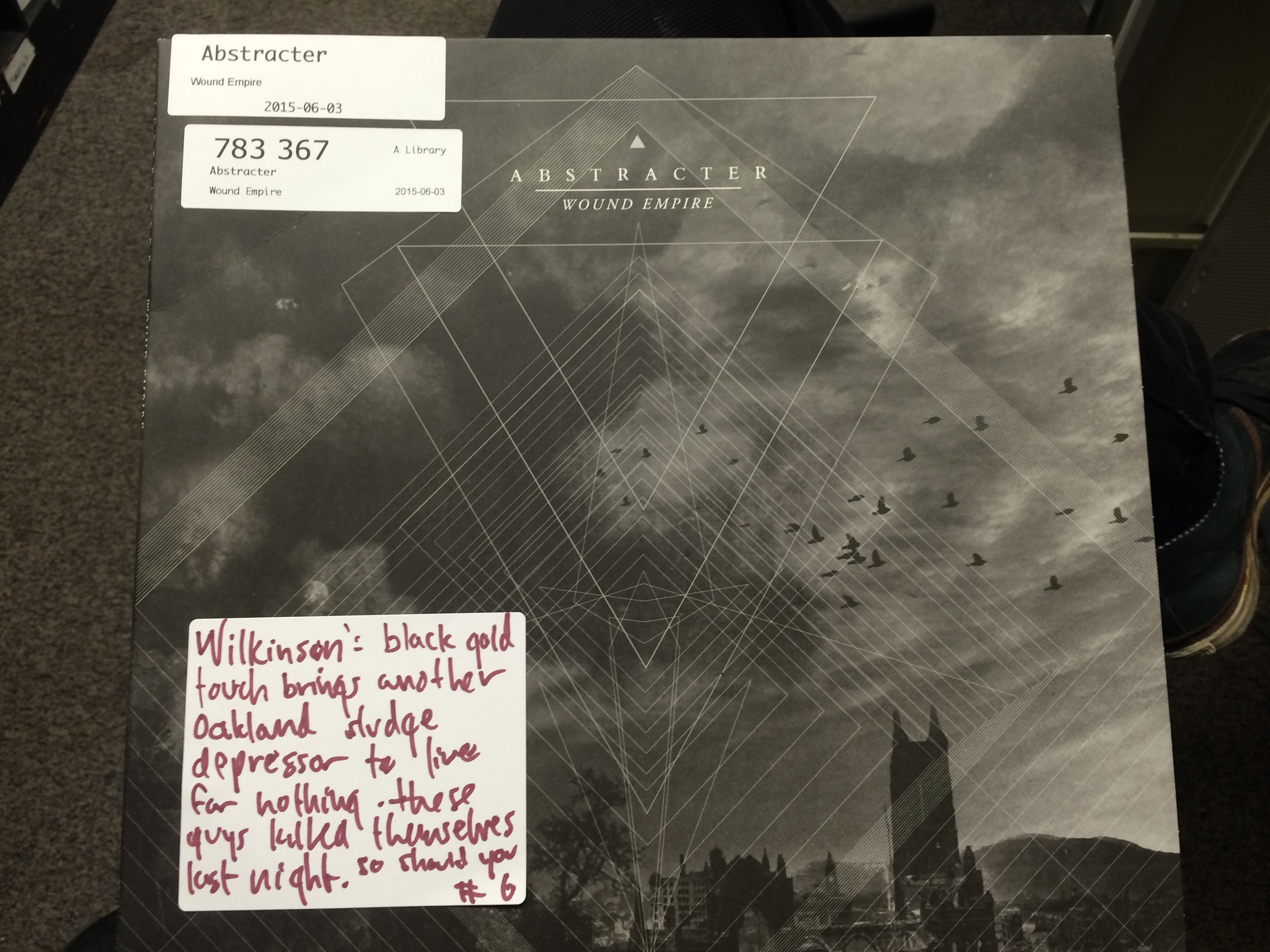 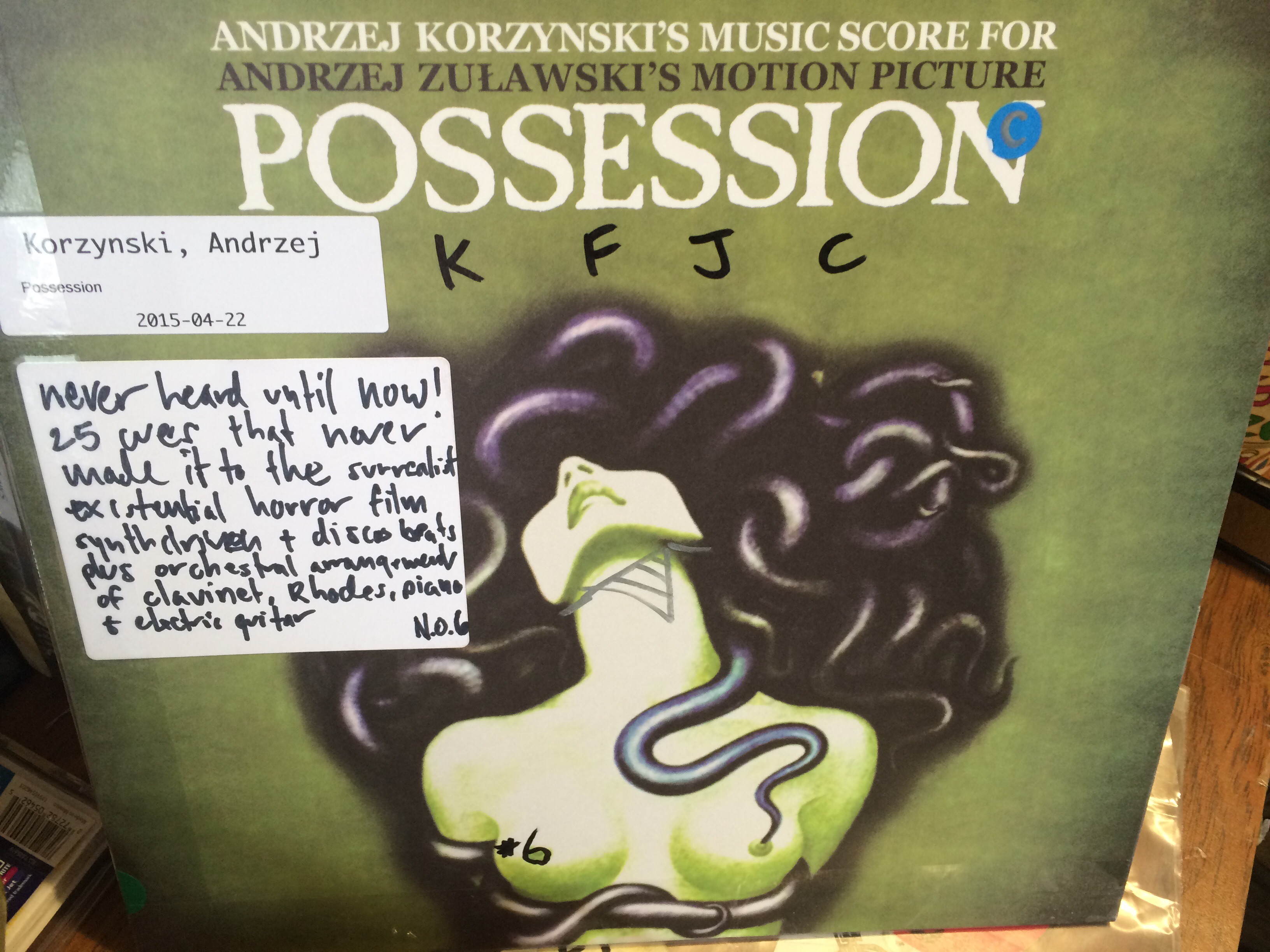 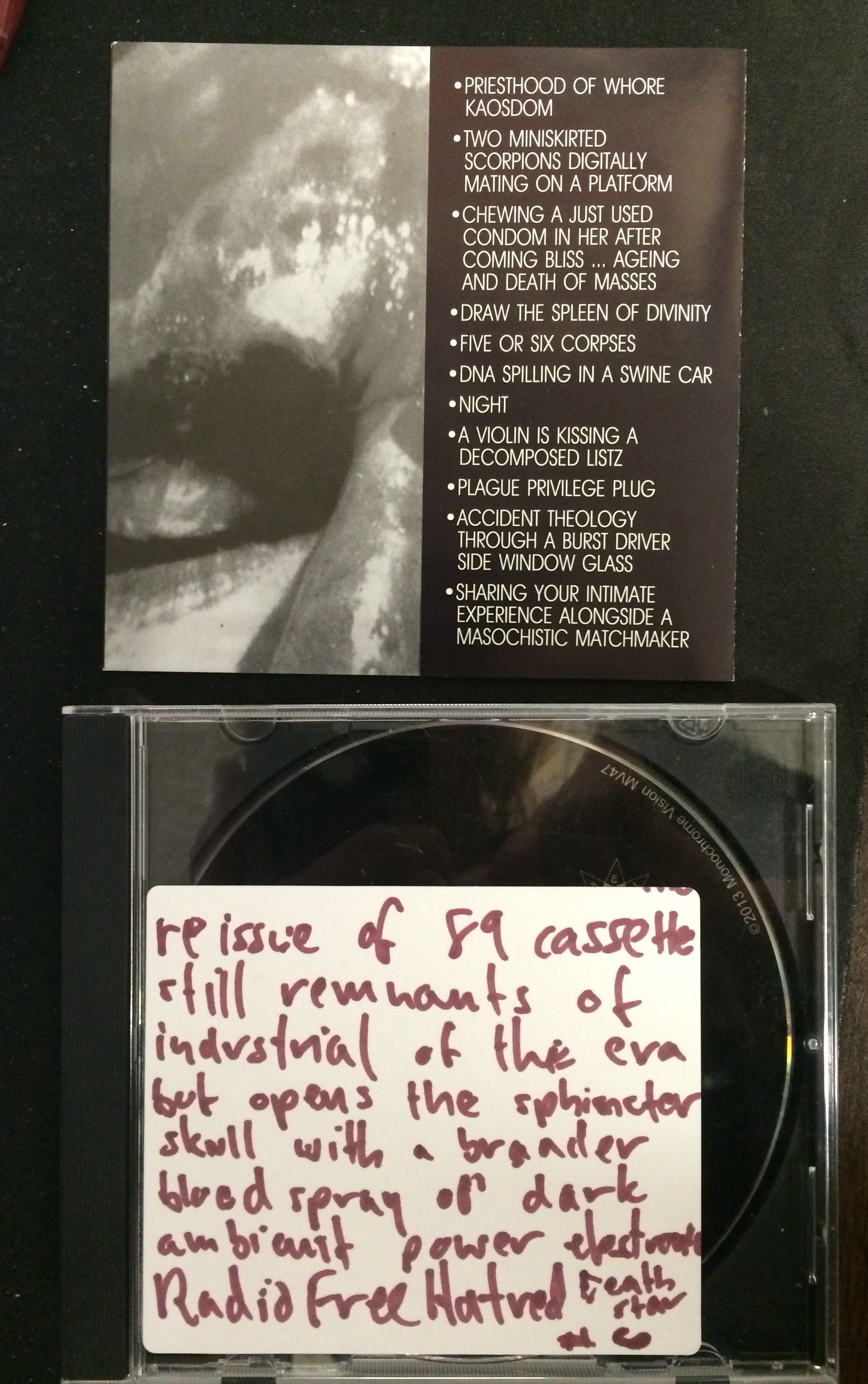 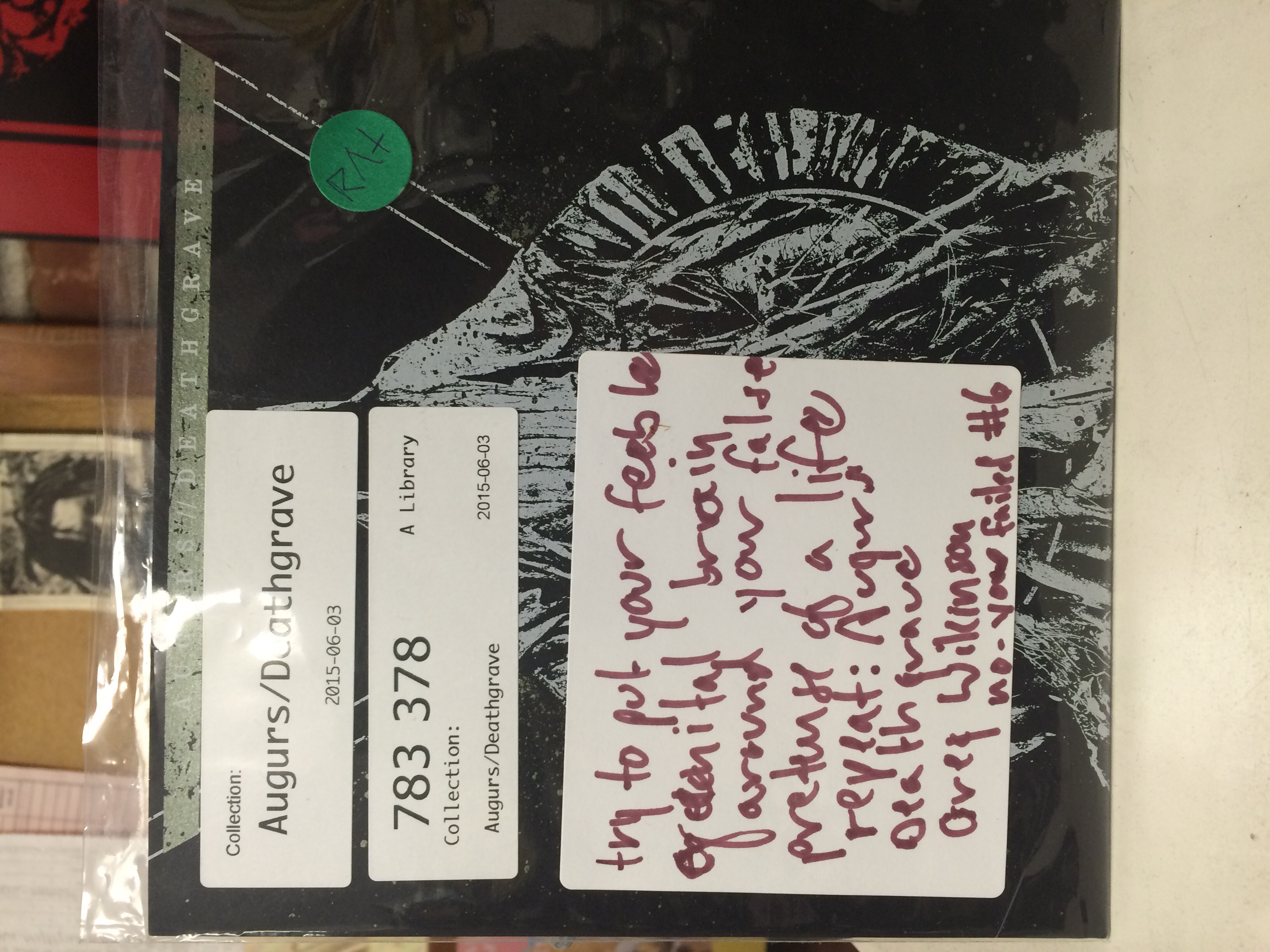 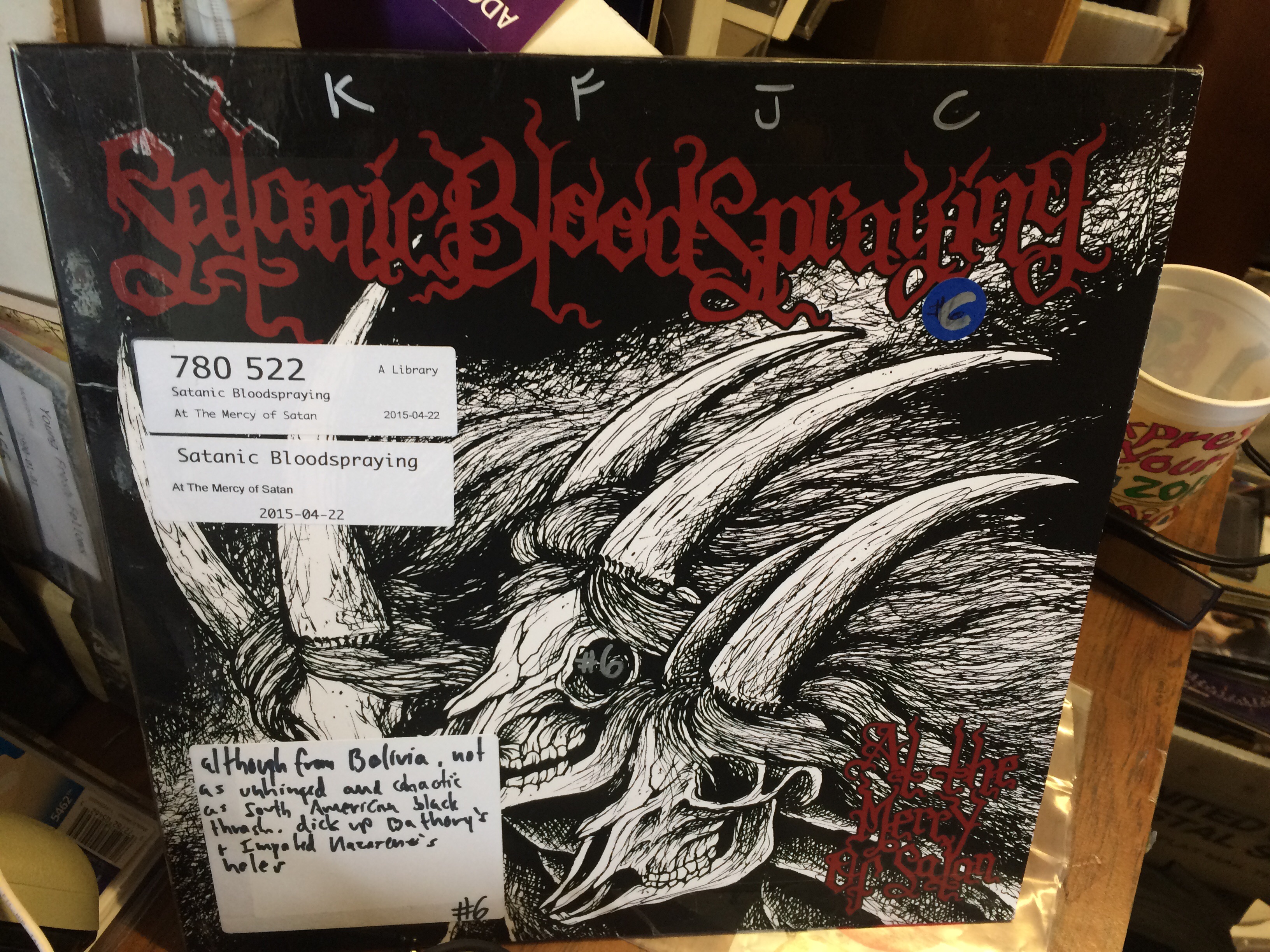 Satanic Bloodspraying – “At The Mercy of Satan” – [Hells Headbangers Records] 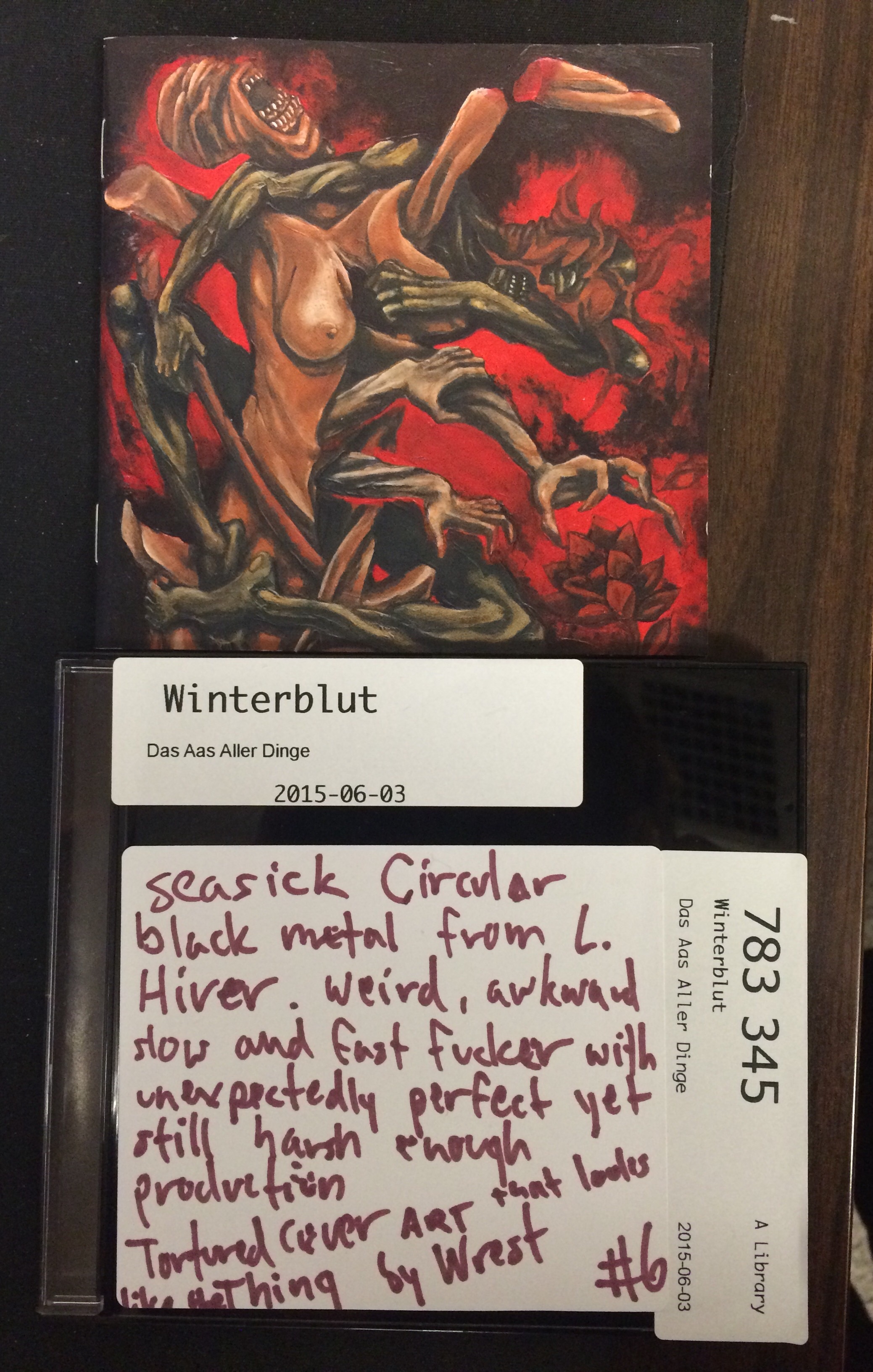 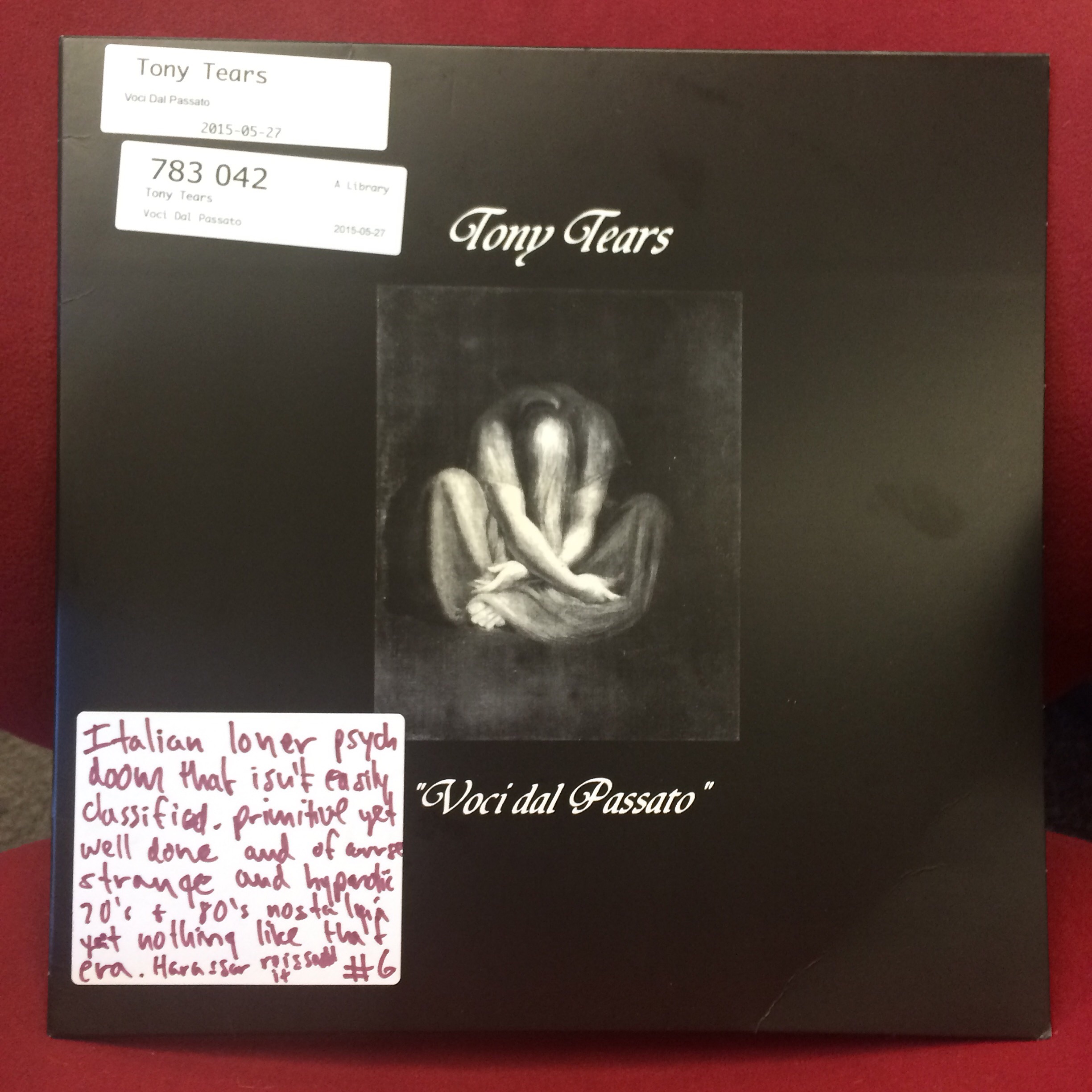 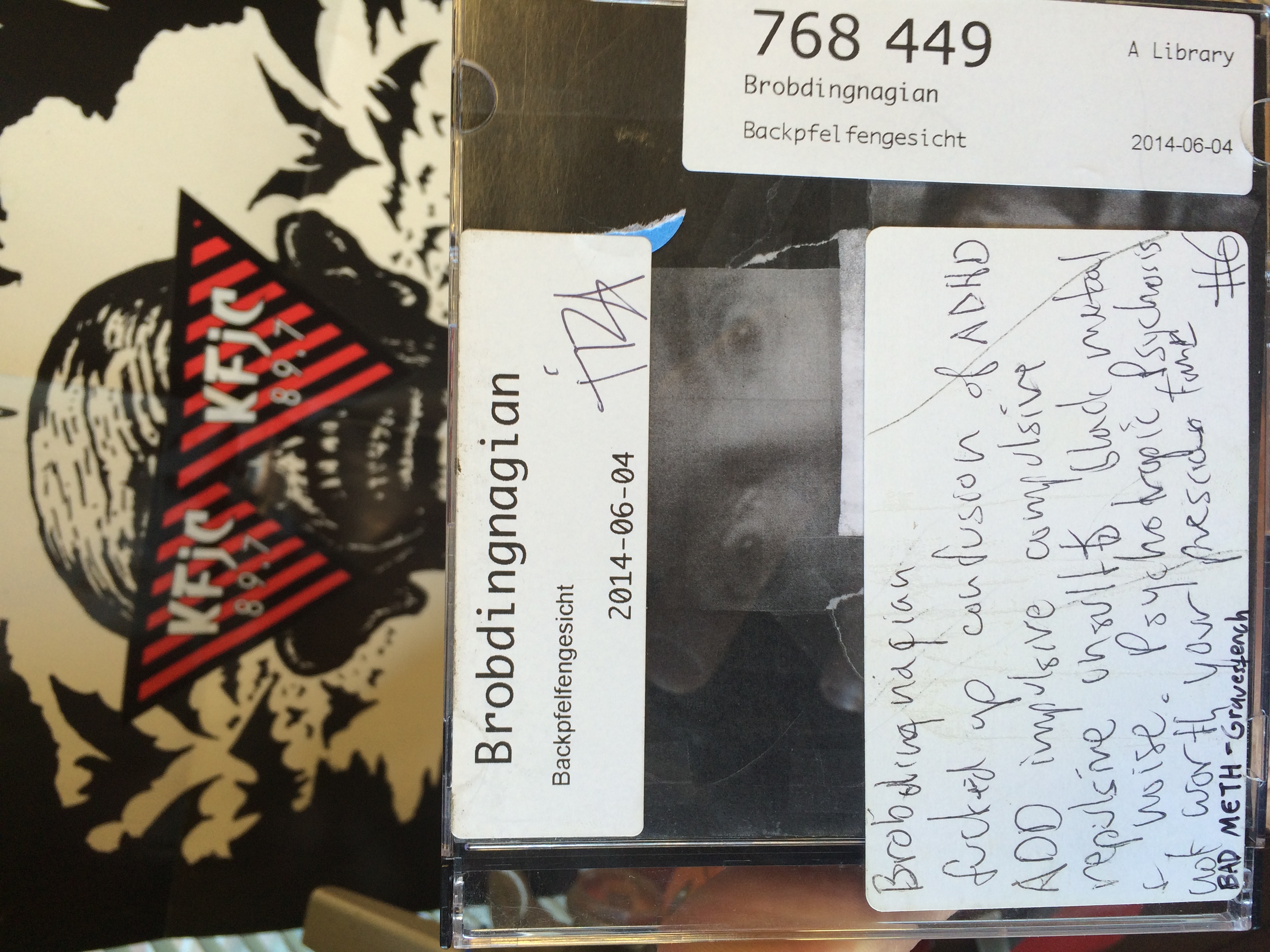 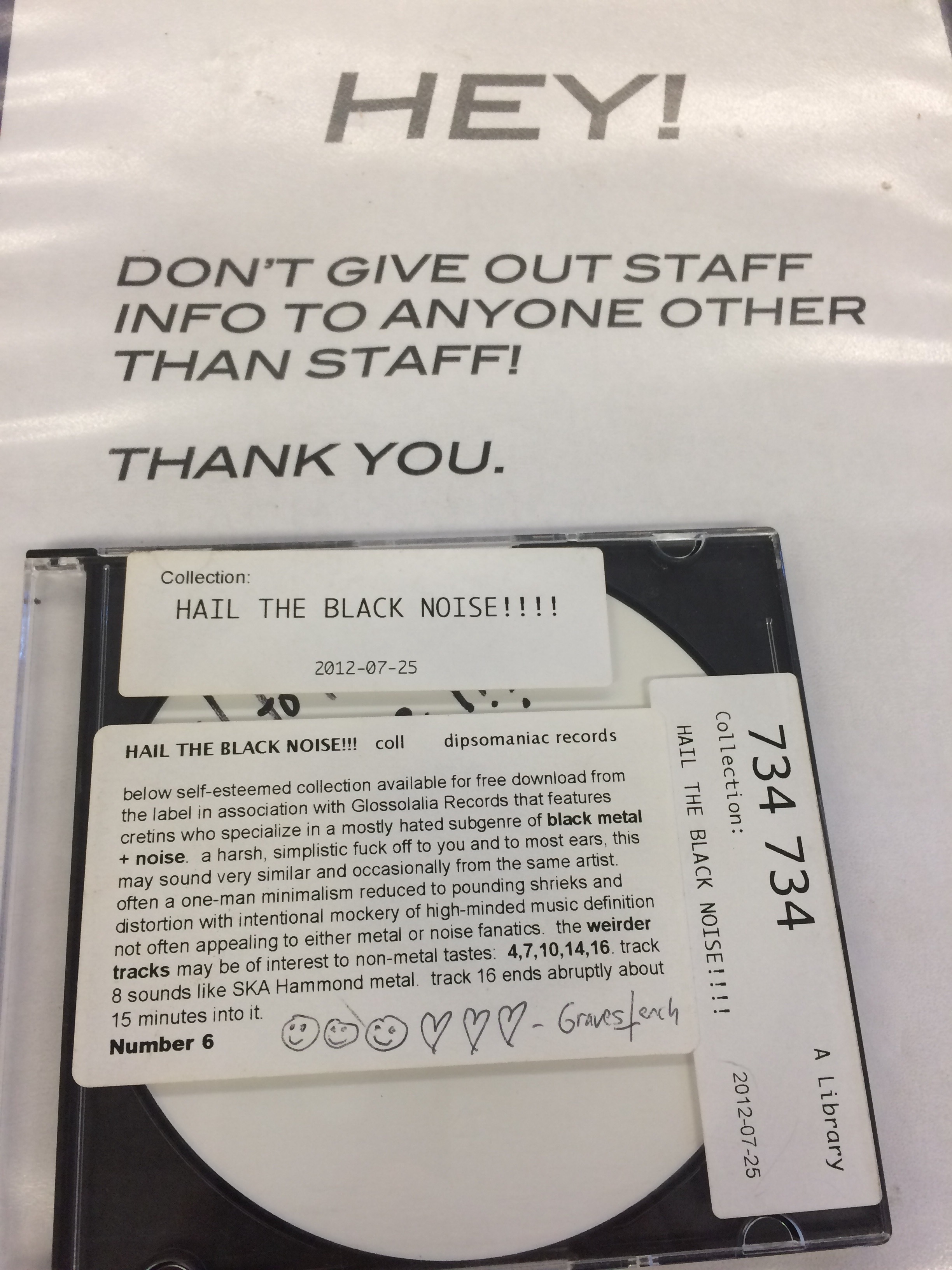 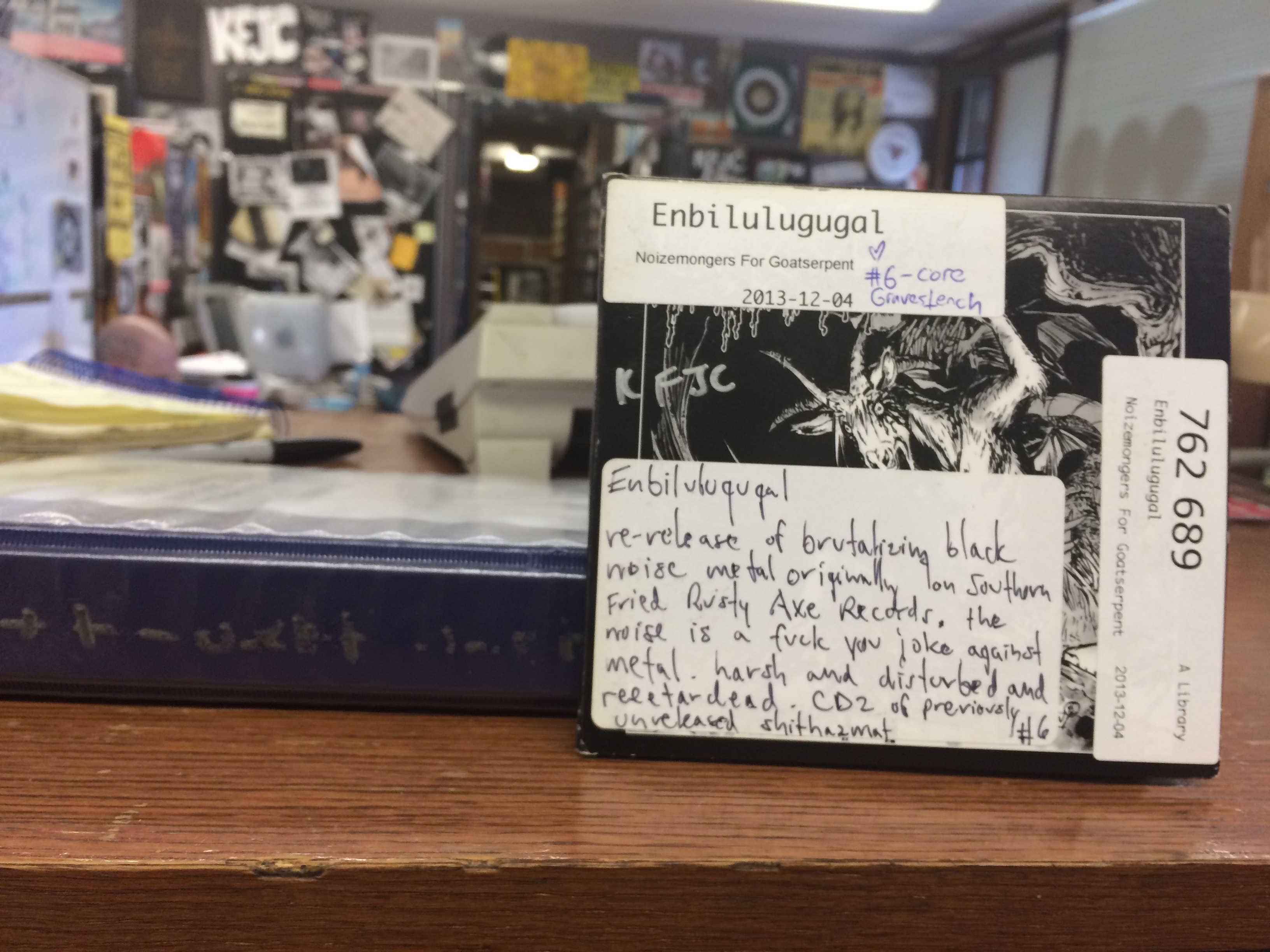