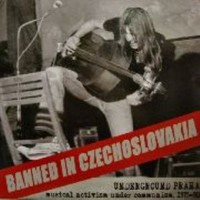 This LP is a collection of rock music that was banned in Czechoslovakia while the country was under rule of communist Soviet Union. Various genres including Rock, Electronic, Jazz, Psychedelic, Avant-garde and a bit of New Wave.

Each song is diverse and unique in it’s own way. Some slowly build in complexity and sound morph into different styles. A few songs combine melodic vocals with dissonant or harsh music as in (Podel zdi a doleva) Side 1 Track 2. There are a few songs with a strong beat like (Pisen pro nico) Side 1 – track 5. There is even a bit of free jazz in (Zacpa) Side 2 – Track 5 which morphs from guitars into sax and free jazz.

These artist seem to use a lot of Violin and electronic keyboards as well as tradition guitars bass and drums. 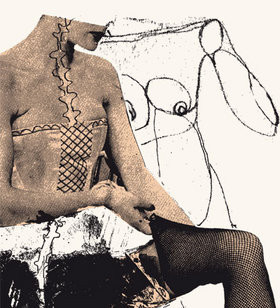 Psych Folk/Rock – This limited edition (350 copies) LP with screen-printed cover is on Phase! Records. It was recorded at home by Big Blood (Colleen Kinsella and Caleb Mulkerin) and released July 1st, 2011. The first song Run starts with some low rumble then single string guitar picking. Then the whole thing starts to build with the help of heavy, distorted bass and Colleen’s vocals (which are hauntingly familiar like something from the 60s psychedelic era) that chant run run run… Then the song fades back to the rumble thunder that leads into the next song which sounds like a dissonant tribal war cry with wailing vocals backed by continuous chanting “I will love you.” Next comes Never Let Me Go which starts to sound like an anthem with its marching beat and chanting vocals.
Side B starts with Keening – very faint sounds of children singing Happy Birthday To You then an accordion and surrealistic operatic vocals begin. The song slowly builds with background restaurant noises and then electronica. I felt like I was watching Eraserhead. The final song Water is like a dreamy haunting dirge marching through time. 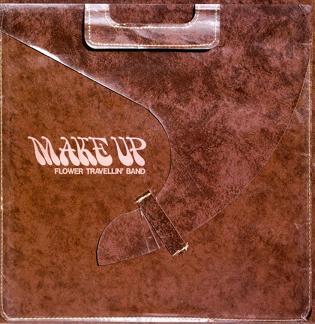 This double LP is a collection of the progressive rock sounds of the
late 60s and early 70s. Originally released on Atlantic Records in 1973,
this Phoenix Records re-released (2011) was the bands last record
until their reunion in 2008.?? While most of the bands during this
period had their own unique sound, Flower Travellin’ Band’s ‘Make Up’
seems to capture and reflect much of what was happening musically
during this time.

This album is a collection of the early 70’s psychedelic, progressive,
acid and space rock with overtones of many bands including
Wishbone Ash, Cream, Black Sabbath, Deep Purple, MC5, Glass Harp,
King Crimson and many others.

Side 4 has a Blue Suede Shoes cover, It also has my two favorite songs
on the album and the only two songs that did not remind me of other bands:

After the Concert – dreamy psychedelic with slide guitar and distant vocals. 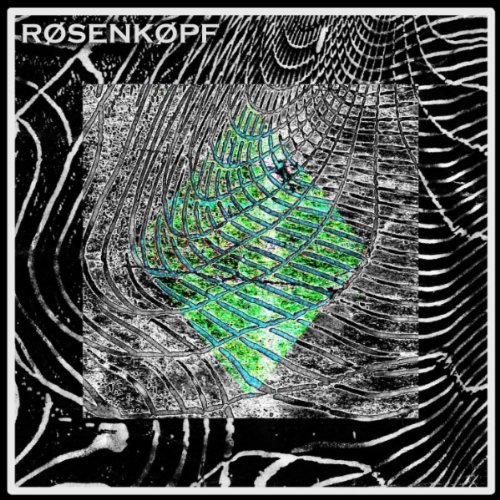 Their music is an incredible combination and mixture of driving bass and drums, demonic drone, unintelligible lyrics, keyboards and some electronics mixed in. Most of the songs start with DRIVING bass and drums then guitars riffs, various vocals and electronic sounds keep being added while the songs keep building in dynamics and texture.

The bands members come from a punk background including bands like
Detestation, Question, Thriller and Dawn of Humans. There seems to be
much debate about how to label their music. Many say it is hardcore, while Soren Roi says this is softest band he’s ever been in.

This music is approachable to just about anyone and should get plenty of air time.