Striated Norwegian arctic electronica tracks from projects Biosphere and Deathprod. The Biosphere tracks have rhythmic elements consisting of synth bleeps and bloops along with bursts of filtered noise. Deathprod leans more bleak and dark ambient. Both are as cold and open as the frozen empty Northlands. 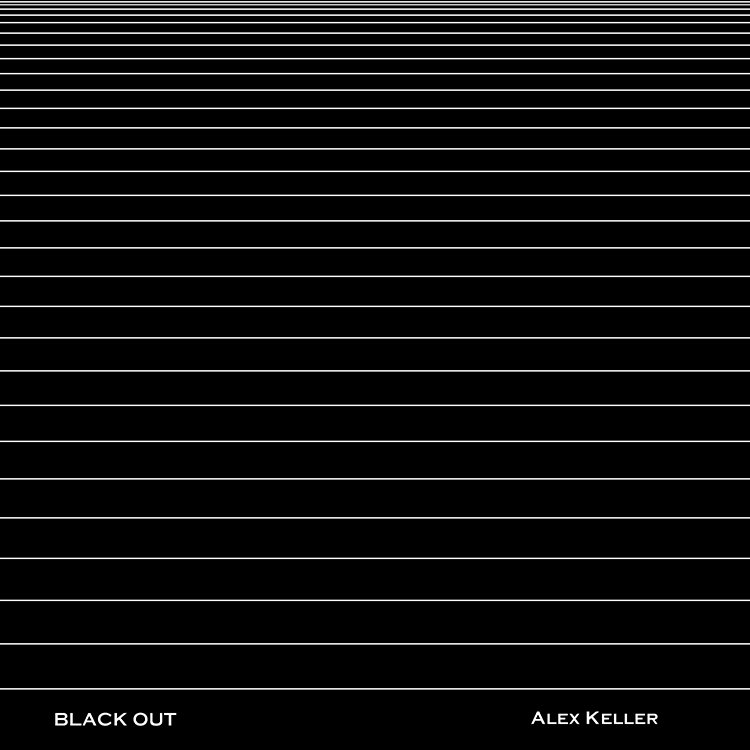 Room-filling low drone tones from Austin knob twister Alex Keller. He recorded this single 20 minute track and then played it at high volume in an empty dark amphitheater in Texas. This is a recording of that performance, we primarily hear the drones but accompanied by subtle rattles and thrums from various equipment in the space. Limited edition EP is long on concept, meditative, stately and grand.

Not the soundtrack to the best movie never made, but rather the soundtrack to the documentary movie about the best movie never made. Easily worthy of the visionary Jodorowsky and the transcendent source material of Dune. Meditative, spacey, retro-futuristic, and grandiose. Features analog synthesizer mastery with one or two tracks including voice samples of the great spiritual warrior Jodorowky himself. Although each track is musically distinct the overall theme and instrumentation is consistent, with the exception of tracks “Feyd Rautha,” which features live percussion, and “Total Extermination,” which has some voice/chant work intermixed.

Science Fiction synthesizers bleep and bloop their narrative of a sojourn on the Pink Earth. After arriving you ingest fungal exhalations from processed steel drums and strains of manipulated voice as your feet compress the fleshy loam. Please consort with the irrhythmic analog foliage and sawtooth alien insect life. All too soon the pink earth will serenade your departure, hopefully to return again.

Long tracks with rolling drones punctuated with occasional piano or guitar, no percussion. Synth and noise elements also intermingle. Meditation on loss and memory, a sense of the aftermath of a great storm. Chvad SB is based in Brooklyn and is a member of Controlled Bleeding.

Pioneering, Houston-based noise artist Richard Ramirez is known for his harsh, wall-of-sound, noise sounds. This album is unapologetic in its purism in holding to that aesthetic.

Three tracks of static modulated and filtered from a rumble to a screech. This isn’t mindless or simple, though, far from it. Careful listening reveals thoughtful modulations in tone, dynamics, and textural parameters of the sound showing Ramirez’s masterful control of his instrument.

Two slowly evolving ambient pieces. The first is punctuated by periodic reverb-heavy blooms of sound, sometimes sounding like an electric guitar hit and sometimes another stringed instrument being plucked or struck, served with a side of crackly crinkly textural elements and some deconstructed strings. The second piece has a thick bass doom drone with dissonant guitar(ish) work o’ertop leading to a tension-building stasis field. Tension within stillness, no big builds to boil-over, rather searing shimmering simmers, like a sonic sous vide. Teeth-grinding drones for the heads.

Svarte Griener is the musical alias of artist and musician Erik K. Skodvin. Erik was born in Norway and is currently based out of Berlin. The artist states that this album was made in collaboration with another artist Marit Folstad for two different art installations.

Bitcrushed white noise and distorted vocals swirling around like cigarette smoke floating in a hazy afternoon sunbeam falling through a black market medical emergency waiting room. Whispers simmer from the dark corners of the room, sounds from faces best left unseen. Detached electronic percussion lazily throbbing from the underground nightclub next door mixes with the cries of anguish slipping from under the door where the steel hooks live. There’s no healing here, but for a price they will cut the putrefied morbid flesh away. No questions asked, no answers offered.

A lot of very different textures to sample in each track, but skilled mixing keeps each element distinct. Each track maintains a thematic feel of the whole but on further listening develops its own character.

Steel Hook Prosthesis are J. Stillings and L. Kerr. They are based out of Texas and have been releasing albums since 2001.

This is pioneering classical electronic music from John Carpenter and Alan Howarth. Entirely instrumental, with the exception of the last track on side A, which sounds like an advertisement for a creepy kids TV show. Lots of dark ambient synth sounds with tension-building pulsations and dissonant drones. The soundtrack to your next VHS snuff film.

Jo Ha Kyu, roughly “beginning, break, rapid” in English, is a central concept of traditional Japanese artwork. Adherents feel that all artistic work should begin slowly, break into a higher speed, and end rapidly. The title track begins slowly with wind through instruments, high-frequency hum, soft singing and piano plinks. Tensely coiled silence which builds slowly into some vocal work reminiscent of No Theater (if a little more musical) and beautiful electric cello arpeggiation. Following the break we accelerate into an instrumental noise freakout that ends rapidly into static silence. Tracks 2 and 3 recapitulate some of the instrumentation and sonic ideas but less of the song structure from the first track.

Noise consisting of static, mutilated samples, synth torture, screamed profanity, howls and screeches. Distorted spoken words over the track and varied textures and tonal qualities keep the album interesting. With track names like “Fuckrage” and “I Have Kissed This Sick Sick World Goodbye” this is unmistakably an angry noise album, and a good one at that.

Tracks 2 and 7 have no intelligible words and are strong. Some tracks, like tracks 4 and 10, start in a good place but don’t really go anywhere from there. Track 8 is genuinely creepy. Track 9 I like as well, sounds like drunk men crying. Track 11 starts as good ambient doom electronica and builds to a pleasing wall of noise.

Tenderizor is what you get when several gifted musicians from the Albuquerque noise scene form an Iron Maiden tribute band. It mostly feels like classic Heavy Metal, but somehow Tenderizor has managed to make this sound very fresh.

Warbled lounge singing, hoots and hollers over drum machine and synth loops. Electric guitar makes an appearance as well. There’s definitely a late-night feel to this music, Las Vegas skid row blues in an empty neon-lit casino. The title track is a favorite and has a fun psychedelic wobble to it. The B side doesn’t feel as strong, it’s more downtempo, strung out and introspective.

3 short low-fi synth-pop/punk tunes from the mysterious Black Bug. All 3 songs feature chunky analog synth and drum machine beds. “Shard of Glass” and “Machine” feature a female vocalist singing/shouting unintelligible lyrics and strike me as absolutely perfect California nighttime freeway driving music. “Police Helicopter” is probably what the autonomous killer drones are singing to themselves as they fly over Iran and soon, the US. Aggro music for aggro metallic people. Love it.

Medium-fidelity recording of prototypical bay area politically-minded punk rock. They have songs about police brutality, beer, BPA, riding bicycles (two, actually!), queer rights, US Foreign Policy, propaganda, and shallow “Marina Folks.” Like a lot of punk rock I’m sure they’re very intense live but it’s much more difficult to bring that level of intensity to studio recordings. When they succeed, like on tracks 2 and 9 (FCC language!), they’re a lot of fun. Watch out for language, tracks 4, 5, 6, 9, 11, 13, 14 have FCC language.

Two noise bands on a split LP from Badmaster records.

The Drums Like Machine Guns contribution (censored dude side) is feedback guitar vamping and distorted echoing bass drum and vox. Track 2 is probably my favorite on this side for its detuned guitar chording that degenerates into electronic fuzzy video game doom pulses. Many of the tracks are strong but sound fairly typical of the harsh noise genre, feedback and static the bricks and mortar in a wall of sound.

The Mincemeat or Tenspeed contribution (kitteh side) has more musical elements both melodically and rhythmically. Although split into 3 tracks they all track through nicely if you feel like playing a sidelong. It starts out with a simple melody of repeated notes which is manipulated in various ways over the three tracks and is ultimately deconstructed into noise. That might sound a little tedious but the manipulations are varied enough to keep it interesting.

Ambient sonic confections from Brooklyn-based musician Daniel Lopatin. Purposeful loops swimming in retro synth wash. Low-key enough to mix or serve straight. All tracks instrumental and FCC-clean. Track 1 gives a good impression of the album sound and is strong. Tracks 5 and 6 curiously sound less like the rest of the album and are also favorites.

Repetitive, busy drum machine beats over spaced-out sampler vamping with a dark industrial flavor. Almost all tracks are walking tempo and feature a prominent backbeat with Latin elements. When it works best, like on tracks 2 and 5, it creates an interesting juxtaposition between the very mechanistic drum track and the extended sampler frobbing. Some tracks, track 3 in particular, seem like something that could have been on the B side of Ministry’s Land of Rape and Honey, except Veritatis Splendor was released in 1994, nearly 6 years after the Ministry album.

Esplendor Geometrico is a Spanish industrial band, they’ve been active since 1980, have a long discography, and are still making sounds. Since 1994 they have been a duo consisting of Arturo Lanz and Saverio Evangelist. A listen to their discography on their website at http://www.geometrikrecords.com/esplendor shows that Veritatis Splendor is a departure from their typically noisier and harder-edged sound.