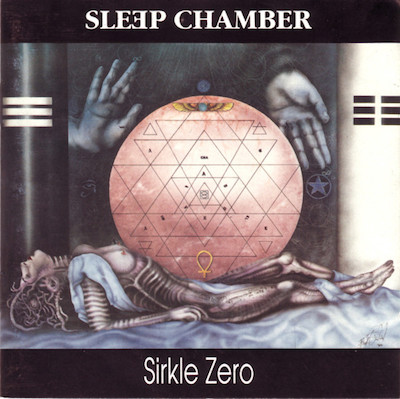 John Zewizz (nee McSweeney, heh) and his many collaborators are Sleep Chamber. Formed in the early 80s, they became the center of an American outpost of England’s hidden reverse based in, of all places, Boston. Over the decades, they developed a reputation for their use of extreme imagery and drug-fueled live performances. But like a lot of stuff from this era, when you peel away the leatherette, the music itself is surprisingly tame. On this 1990 record, there’s disturbed strings (T1, T12), thighbone horn and flute, satanic spellcasting vocals (T2, T5, T7, T8), plodding industrial beats (T3, T5, T6, T8, T11), and foggy atmospherics hanging over every track. This is more of an ambient sounding project than the band’s other releases, like the background music for a dungeon party. Thankfully nothing here is as cringey as, say, Catwoman. Take a look at Zewizz’s online presence, like his entertaining blog or the triumphant responses to each of his haters’ comments on his various Discogs pages, and maybe you’ll become convinced as I did that he possesses the exact strain of damaged madness that KFJC needs to protect, preserve, and champion. 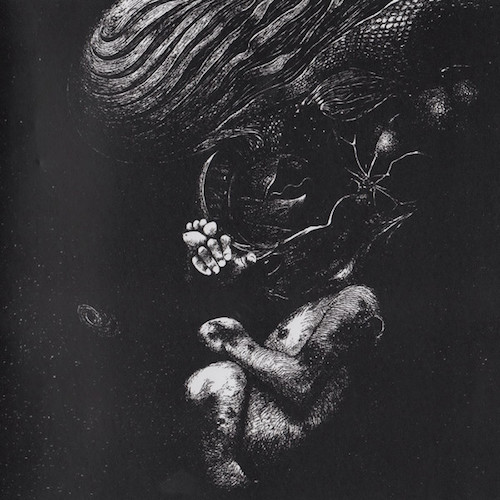 Womb C is a collaboration among artists from the Finnish death metal bands Will Over Matter, Ride for Revenge, Cloama, and Dead Reptile Shrine, as well as the Russian duo Die Blutleuchte. On this 2014 CD release, the sounds reach far beyond metal, or any simple genre boundaries, and towards a strange, singular universe.

The CD booklet includes a sci-fi short story that sheds some light on the album’s concept. Parts of it are tough to follow (translation issues? drug logic?), but the gist is that a space cadet and an alien warrior goddess uncover a series of portals to deeper awareness called “Wombs,” and make a Starbaby when they reach the third and final Womb C.

Each track of the album follows this story’s arc. “Satan Universe Moloch” (T1) begins with a synth melody (a theme that returns in T2), that gives way to spiraling electronics and ringing feedback at the high and low ends; about 6 and 8 minutes in, there’s two spoken word interludes from a Finnish Cy Thoth. “Bug Humanity” (T2) begins with larval sputtering that develops into a hissing space insect consciousness. Towards the end of the track, heavy guitars creep in for the first time; soon “She Male Vegetation” (T3) arrives in its full, riffing glory! But slowly, the sounds mellow, passing through through a watery filter. “Neptunean Crystal Rain” (T4) begins with sounds of a thunderstorm, but then loud, almost shoegazey guitars return. By the end, the commotion fades, leaving spectral space noise in its wake. 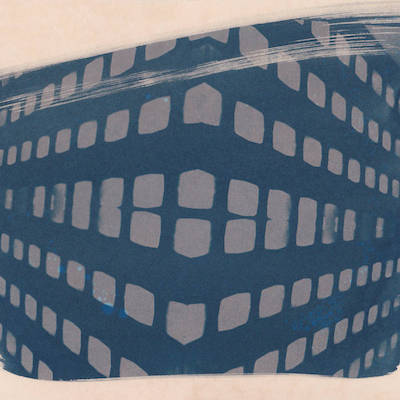 Stillsuit contributes “16” (T1), and at 11 minutes, it’s an obvious stretch for a band that cranks out short, vicious punk songs. To be honest, I wasn’t into the slow, psych-y start – it’s trying to be heavy but the sound’s thin. Around 3 minutes in, things improve – the guitar lines move in strange progressions, the drums pick up speed. By the 6-minute mark, the vocal bellows turn to screams, and the track bares its teeth.

Dig for more stuff from both groups in our library. 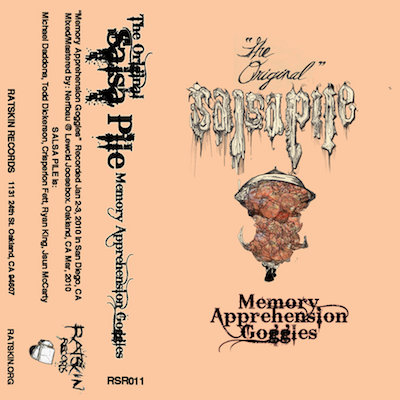 Salsa Pile is a pile-on of Ratskin Records‘ brightest starz: Crisperion Fett, Todd Dickerson (solo as Soup Purse), Jsun McCarty (Nerfbau, Styrofoam Sanchez, solo as Alienslang), Ryan King (Styrofoam Sanchez), and label founder Michael Dadonna. This 2010 cassette is the pile’s sole release that holds two sidelong (~30 minute) noise freakouts. The tracks were recorded in San Diego, and you can definitely tell – this isn’t dark, gritty or facemelting noise. Ratskin’s blurb mentions “microbials” and “slime” and that’s not far off; there’s a biological, digestive feel to the squeaks and spasms of electronics. Side A is a day in the life of a single-celled organism farting around its environment, silence punctuated by sensors pinging and actuators revving. Side B is a population of the bugs and its riotous community dynamics – eating, writhing, fucking, secreting, dying – all inside the bowl of salsa on the KFJC fundraiser snack table. Yum! 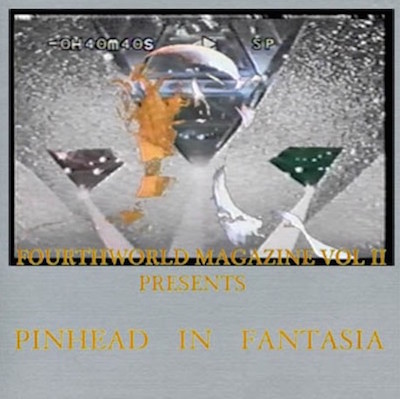 Fourth World Magazine is the project of Spencer Clark (Black Joke, Monopoly Child Star Searchers, Vodka Soap, one half of The Skaters, with James Ferraro). This 2014 release includes a 12″ LP and a magazine with stills from an accompanying film by Amy Roselynn Faust and an essay by David Keenan (Wire contributor and co-proprietor of Volcanic Tongue until its closing in 2015). Together, the works draw inspiration from Clark’s dreams to conjure a realm where the cenobytes from Hellraiser are reimagined as benevolent mythological figures chilling in a divine Renaissance tableau. The result is a collection of twisted lost chapters from Disney’s Fantasia. In Faust’s film, “A New Image of Man,” we see Pinhead’s mug, emerging through VHS tracking lines and rainbow haze, superimposed onto images of ancient clay figurines and classical Greek frieze. The LP holds Spencer’s soundtrack – a bewildering pastiche of ceremonial drumming, droning synth chords (T.1), field recordings, synthetic flute and other electronic orchestral sounds (T.2 and T.4), and harpsichord fantasy (T. 3). I hear flashes of The Residents, or even Carlos’ Switched-On series – sounds that are both classical and futuristic, dripping with 70s/80s/90s cheeze yet strangely timeless. 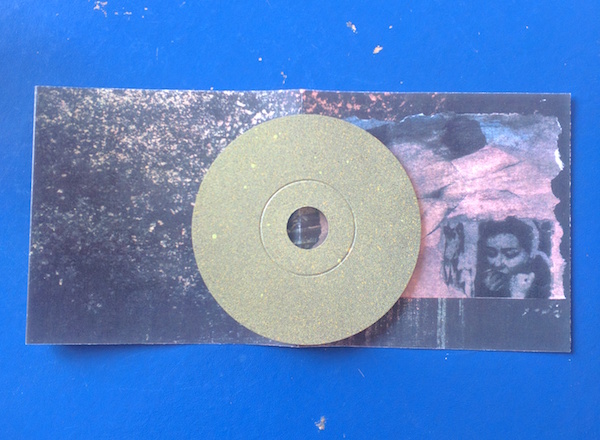 By 2007, Greh Holger’s Chondritic Sound had established its reputation among noise/experimental enthusiasts on the strength of its catalog of 3′” CD-r releases. This limited edition minidisc from Michigan artist Charlie “The Butcher” Draheim is a document from that era. Three untitled tracks, each a filthy whirlpool of high-pitched ringing, muddy static, and destroyed noise. In other words, lyophilized KFJC air sound/pure Detroit soul.

Sprawling three-cassette box set from the Philly lo-fi indie rocker. In all there are 41 tracks, but most clock in at under a minute, so getting through the material doesn’t feel like a slog. I am obliged to re-remind you that Graham lifts his entire approach to making music from Bob Pollard: the Alien Lanes-era fuzzed-out sound, the bite-sized track lengths, the clever sketchbook lyrics, the mastering by T. Tobias, the truly prodigious pace of musical output. This is hardly a criticism – maybe more artists should focus less on sounding new and more on just sounding good? And there’s plenty of great! moments to discover in this tape trilogy.

Re-Arranged at Hotel Strange (T1-12) teems with warped pop sounds (best exemplified by T7, T10), mirroring a theme (I think I hear?) about how time warps your universe, moving the center of its orbit away from your old priorities (work, girls, shows), and towards the well-being of a tiny human.

Contaminated Man (T13-25), the meatier, moodier and best of the bunch, sounds like rewinding and looping the tape that holds your memories – the music and movies from your childhood (T15, T17, T23), the embarrassing events (T21), the late nights obsessively crafting fan fiction (or was that just me?) (T22), until you arrive at the unrecognizable present (T24). 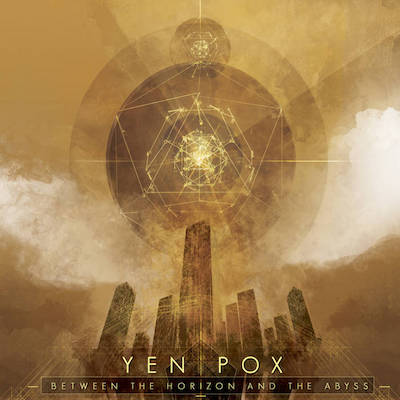 Yen Pox – “Between The Horizon and The Abyss” – [Malignant Records]

Yen Pox is the long-standing, long-distance collaboration between Steven Hall (working in Indiana under the name Veil of Secrecy) and Michael J.V. Hensley (of the Washington state-based solo project Blood Box). Between the Horizon and the Abyss is the first Yen Pox full-length album in 15 years since 2000’s New Dark Age, and the extended effort clearly shows in these eight potent ambient tracks. As the title suggests, the sounds on this record reach across vast distances and unfold on geological time scales. The first half of the album explores the physical features of a new world – the noxious atmosphere (T.1), the acidic oceans (T.2), the mutated wilderness (T.3), and the barren plains (T.4). The vocal work of Dark Muse (Ruby Smith), droning and radiant, casts a conscious presence over the otherwise hard, physical soundscape. The second half of the record transmits funeral rites echoing in a narcotic cathedral. The rituals are alien but the throbbing, bottomless nausea of grief feels universal. 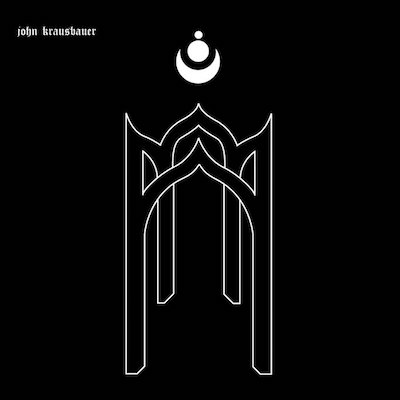 John Krausbauer is a West Coast based solo artist; this is his first release for the Seattle based purveyor of fine experimental sounds, Debacle Records. This 30 minute piece focuses on a single note – a high-voltage horizon line that buzzes, radiates outward, and swallows you whole. Acoustic sounds join the central electronic tone, following in parallel: deep chants that ride on a slow breath, and, later, dissonant strings. Listen closely, put in the time, and feel the line as it projects to infinity. We are not in the grave yet. 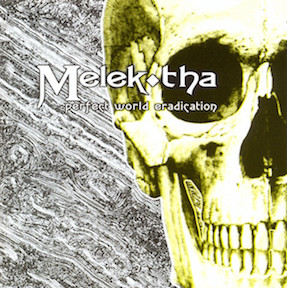 Melek-tha is the French dark industrial project of Lord Evil and his Cyborg Drum Engine. On this 2003 release, we witness the destruction of the world from a distance (high atop Black Mountain?) in two phases. Phase 1 opens with the sounds of the global war machine churning – jagged, racing synths – as its dictates, in French, are issued over the loudspeakers (T.1). These are the sounds of the collapse: a toxic sonic fog settles in, drum beats appear and accelerate as tension builds (T. 2), a transmission arrives from a courtroom as a smiling murderer (Bundy) asserts his innocence, and the machine grinds to a halt, its fuel exhausted (T. 3). Phase 2 is a glimpse of the world post-apocalypse. A new machine, a driving beat, grows from the burnt rubble and twisted metal (T.4); it is clear what is coming will be even shittier. The new laws are delivered to us, this time in an alien language (T. 5), but we understand their meaning. This is a lateral shift to a new world order, based on dominance and submission (T. 6), same as the old order. Welcome to oblivion!!! 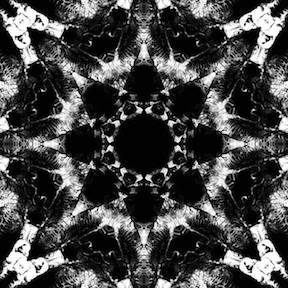 Sky Burial is the solo project of Michael Page, but on this 2012 album he is joined by an impressive group of musicians, including Jarboe of Swans, Danny Hyde of Coil, Bridget Wishard of Hawkwind, Troum, and Anni Hogan. Prior to this release, Sky Burial focused on the long-form ambient drone piece to explore themes related to the project’s title. These elements remain, but the guest artists bring new sounds, concepts, and instrumentation – including vocals for the first time – to the project, which Page fuses into a complete vision. “There I Saw the Grey Wolf Gaping” is rich with stunning moments. In “Incantare” (T. 1), Troum’s stirring electronic shadows are illuminated by Jarboe’s vocals. Hyde offers two excellent tracks: “Carne[val]” (T. 3), a ride on a pixelated merry-go-round, and “Fools Circel 9wys” (T. 6) a digeridoo jam. “Silence Moves” (T. 4) is an ambient track that coalesces around a gorgeous, lonely piano line. “Beyond the Veldt” (T. 5) is a shoegaze slow-burner that features Wishard’s vocals and evokes the innocent horror of Ray Bradbury’s prescient short story “The Veldt.” The album concludes with title track (T. 9), a bagpipe dirge amplified to staggering heights. 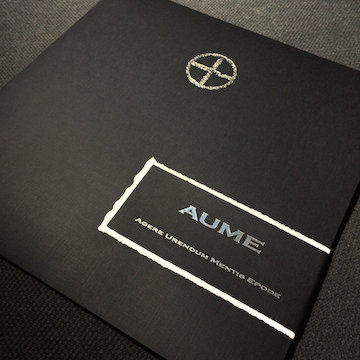 AUME (Scot Jenerik and Aleph Omega, the drummer from Chrome) create “immersive soundscapes.” Agere Urendum Mentis Epode is their first non-digital release. Upon opening the beautifully crafted record (only 555 of these were made), you find a note from the artists recommending that you listen “in a darkened room with headphones.” I took their advice and was rewarded with an exhilarating listening experience. But even in the light of day, these two tracks still hold their power.

Sides A and B each contain a 21-minute track, “Praeludium” and “Epilogus,” that share a similar structure. Both open with the sounds of the cosmic: imposing metal-on-metal booms, the ambient roar of deep space, electronic static that races in circles around and past you, the sound of a beam of light that swells into the foreground until it is blinding, white-hot. Then, the alien atmosphere shifts to something that sounds more human – in “Praeludium” it is percussion hit with the hands, in “Epilogus” it is strummed strings – interwoven with looped vocal-like sounds, melding into something like a chant. These familiar sounds subside and the space odyssey resumes. As the record concludes, the sounds grow more distant, leaving you adrift, alone, in the dark.

If you like what you hear, AUME will be at the 2016 NorCal Noisefest.