Circa 1985-86, “Fun with Dick and Jane” started as a Graveyard, team show with KFJC veteran, Derek Hoyle and new DJ, Diana Rupp. They had a “dog,” Spot, whose “voice” was on this Cart, pictured (remember those?).

Spot had several “voices,” as Derek had recorded several dog barks and growls from sound effects records in the “B” Library, and, as an over the top addition, he made a tape loop in the production studio which he then echoed, and used it when Spot got into the magic mushrooms (apparently Spot liked them a lot).

“Fun with Dick and Jane” cart

It was quite a sophomoric show, but Diana and Derek had a lot of fun and they played some fantastic new music. The listeners loved it. So much so, they were moved by the Program Director to Thursday’s drive time, 6 to 10 AM.

Unfortunately, the show ended not too long after that because it got in the way of Diana’s professional career as a NASA contractor. 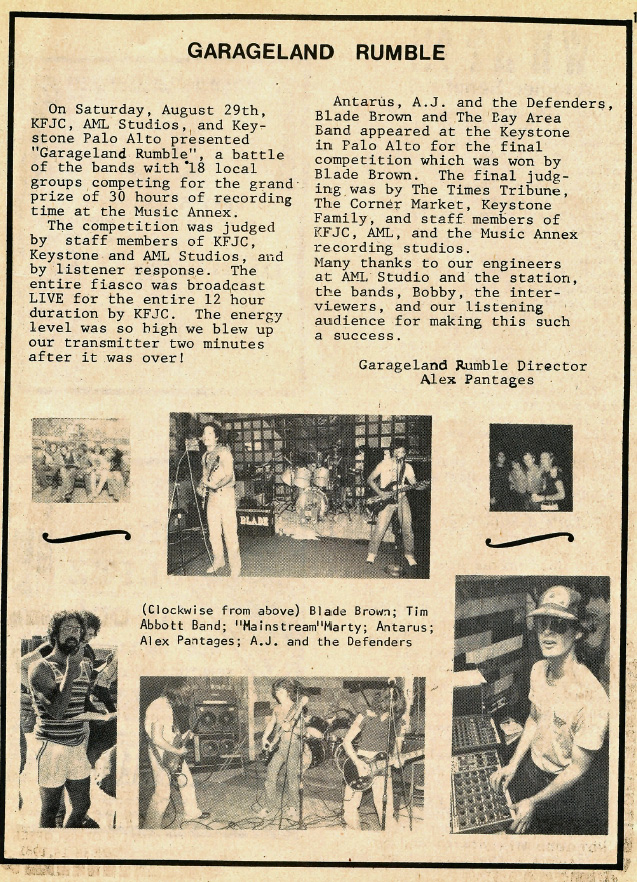 One of my most memorable days at KFJC. The “Garageland Rumble” we called it. We broadcast 18 local bands playing live over a 12 hour period from AML studios in Menlo Park where they competed for the grand prize of 30 hours of recording time at Music Annex. (side note: one of my first classes at Foothill was a recording engineering class taught by Harn Soper from Music Annex. I loved it. Got a job mixing sound for a blues band soon after, which in turn led me to Broadcasting/Film classes and to KFJC!).

It was an insane day at AML. The building was originally a chicken coop – a long, straight building with rooms on both sides, partitioned off (“soundproofed” with carpet on the walls) and rented out as rehearsal space.

We did one of the first major live broadcasts in KFJC history. Noon to Midnight. We used two main studios at AML. Marty Preece manned one mixing console outside in his silver van for studio 1 and I manned the other console and mixed the sound inside for studio 2. It was an absolute logistical nightmare.

Each band had 30 minutes to play and 5-10 minutes for interviews after. This meant that, as the band in Studio 1 hit their last note, we started tear down (mics and instruments), they had to drive up, load their equipment then right behind them, the next band had to drive up, unload, set up all THEIR equipment and THEN Marty (or I) had to mic everything AND run a sound check and be ready to go while the other studio was live on the air. We did that all day long, back and forth, every 30 to 40 minutes and never missed an opening note. Somehow, we pulled it off.

As the last band was being interviewed, I went to my car (to collapse) and turned on KFJC, thinking, we did it, we REALLY did it! I remember feeling such a true sense of accomplishment. As I listened to the voices, there was a sudden “click” then Sshhhhhhh. The transmitter on Black Mountain had failed. About two minutes after the last note of the last band. Yes, one of the most memorable days in my years at KFJC. 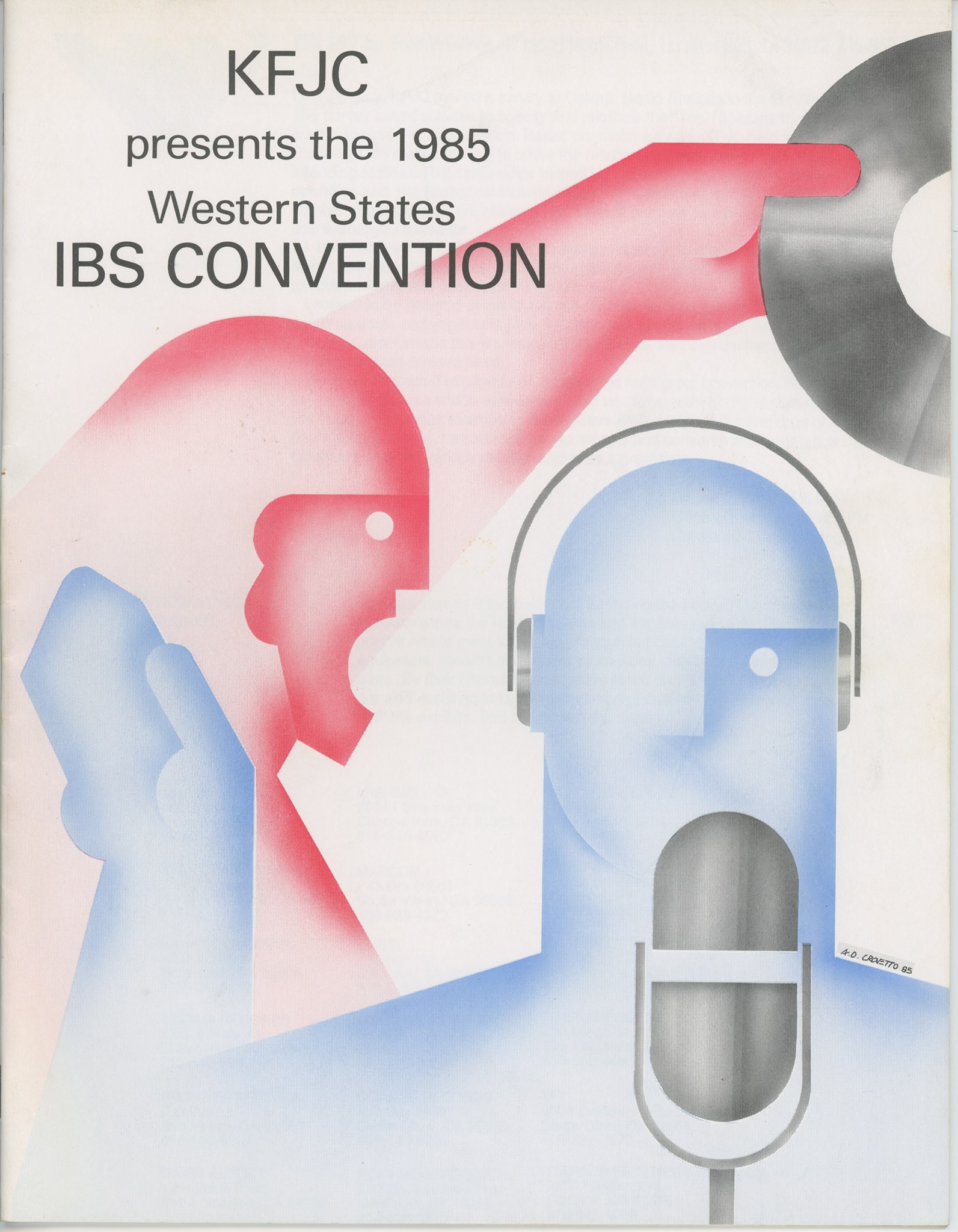 Frank Zappa fell ill and had to give his remarks remotely to the crowd in San Jose. Matt Heckert, from Survival Research Laboratories, gave a well received keynote address to a captive crowd at lunch. Afterwards, showing the intricacies of his homemade flamethrower device, Heckert inadvertently set off the newly installed fire suppression system in the hotel.

This is just one moment from KFJC’s incredible 60 year history.