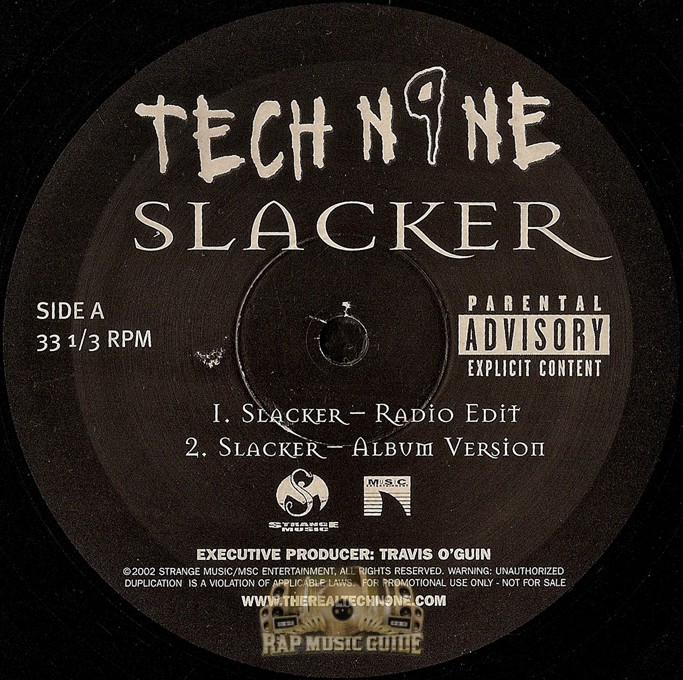 Nice lil’ single from Tech N9ne bringing us that Midwest rap with the hard boom bap. Lyrics aren’t as fast-paced as some of the raps that have given his style recognition but it will definitely still get you movin’. This single has the radio version, the album version, the instrumental, and the acapella version. Radio version and instrumental run about 3:52 and album and acapella versions run about 4:04, it’s unfortunate that the album version skips at the end and worse still that the instrumental skips right at the beginning, also the album version contains FCC’s. Just put this here plate on yer record spinner and enjoy.