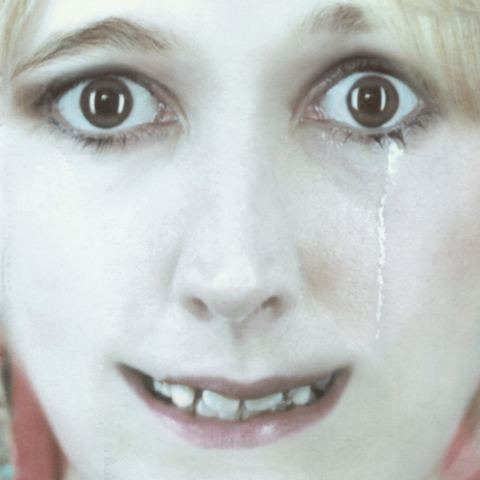 Wow. The Intro brought to mind Justin Hayward’s Days of Future Past voice, but by the Outro I was thinking more of Vincent Price’s Thriller voice. The intervening tracks upped the creepiness exponentially. It’s easy to see why Morris’ “ambient radio comedy” had to air during the safe harbor hours, but the fact that it lasted from 1997-1999 shows he appealed at least to some audiences. For sure, the weird topics (incompetent doctors [2, 6, 12] and four-year-old murderers [15]) are right up the KFJC alley, and I can already see how many things could be used for production. But it’s incredibly explicit, so beware. 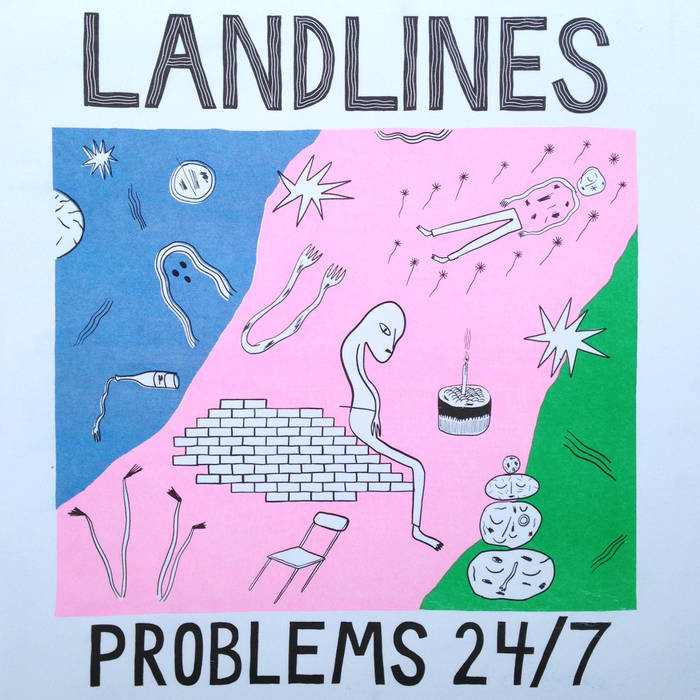 Now why weren’t these guys playing in Portland when I visited Oregon? On their debut LP, Landlines has a nice balance of invigorating rock (especially Side A) and bass-infused slower numbers (B4, B6, B7) that another reviewer referred to as “slacker surf pop.” Vocals are clear and go well with the trio’s infectiously appealing music. 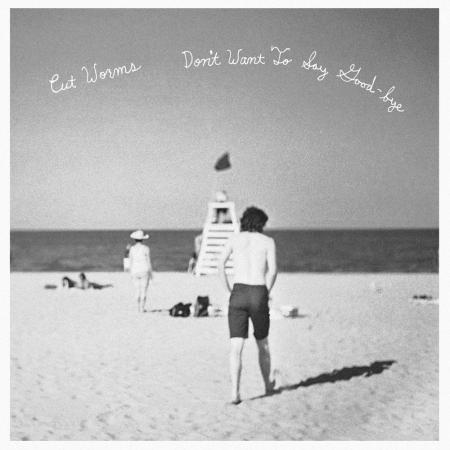 If I were on “Name That Tune” (younger folks–Google it), I would have said this was the Everly Brothers from the first three notes. But this 7″ is the work of one guitarist, Max Clarke, who was in the Chicago band The Sueves. Each of the beautifully plucked ballads deals with love and leaves you feeling fairly mellow, with Side A having a slightly quicker tempo than Side B. 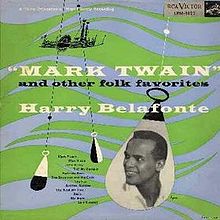 Belafonte keeps our attention with the skill of a true raconteur. These folk songs are classic and educational (I never knew the origin of the pseudonym “Mark Twain”). Read the liner notes to discover how Belafonte had to travel a tough path to success, largely due to his race. His honeyed voice is well suited to these songs, and his role is an amazing one in perpetuating the folk tradition. 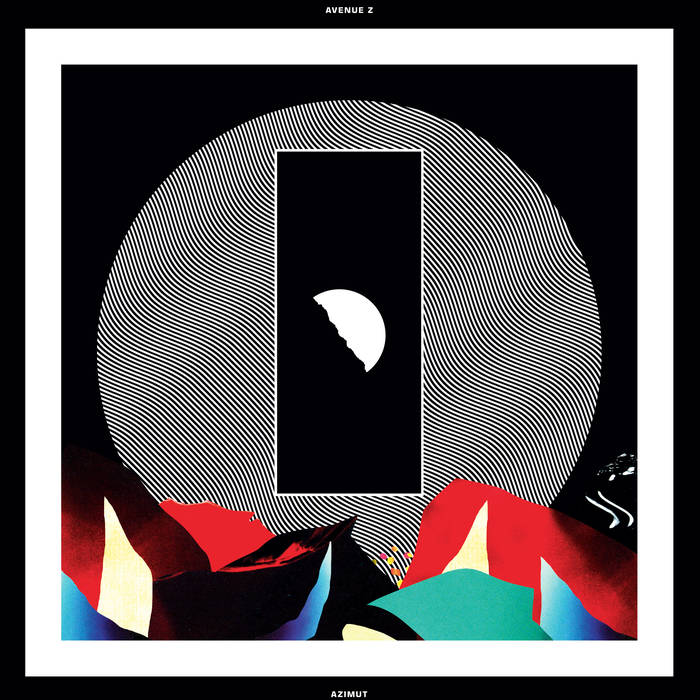 SoundCloud calls them a French fuzz-punk band that is more prog rock than garage rock. The lyrics are in French, of course, with an insert containing Japanese (I believe) translations. The instrumentals sound like surf to me, and the tracks with vocals are fast-paced (or at least they end up that way) and rather frenetic in a good way. The synth player keeps things very lively and interesting. 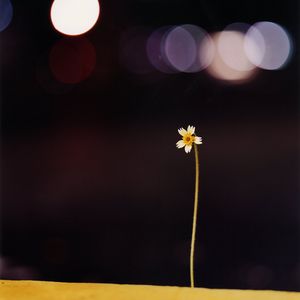 I’m going to go out an a limb and say this guitarist’s name is pronounced (doo-GRAY). What we have here are beautiful, simple guitar instrumentals on his debut solo album. Simple, melancholy for the most part, and absolutely lovely. The notes flow from the guitar like water from a gently splashing fountain. There is an Irish folksong tinge to some of them, and they are so short that they leave you wishing for more. 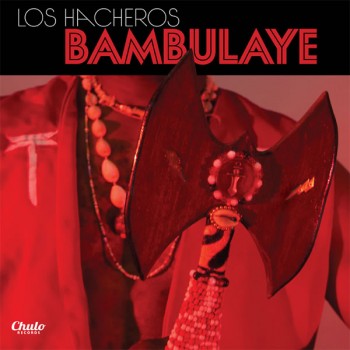 Talk about something that gets you dancing from the first sound of the first track–this is brilliant salsa from the New York-based sextet composed of musicians who know their music and aren’t afraid to share it. Flute, sax, bass, violin, trombone, tres guitar, bongo, and conga combine with great vocals to mix up some Cuban and Latin rhythms that are tinged with jazz and speak to your own inner rhythms to include you in a world dance. Celebrate! 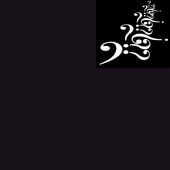 This is a rather heady instrumental blend of jazz mixed with new age with hints of psych pulled through. Electric basses, moog, guitar drums, keyboards, sax, and trombone all combine to make this highly listenable, mellow music. Think sipping cocktails while watching the sun set. 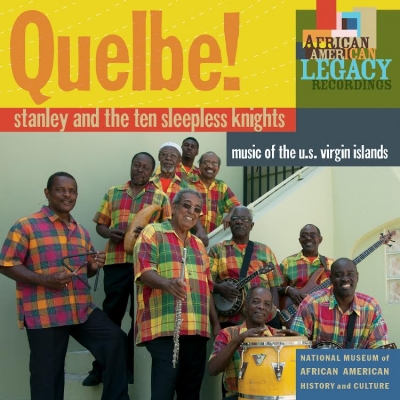 Quelbe (pronounced kwell-BEH) is the official music of the U.S. Virgin Islands, and the tradition owes much of its style and continuity to Stanley and his band. At its core are the squash (a gourd scratched by metal), steel (triangle, originally formed from car brakes), banjo-uke, and pipe (flute, originally a muffler from a car). The effervescent calypsos, waltzes, quadrilles, jigs, and marengues on this release will lift your spirits and pull at your feet. Read the liner notes for the history of quelbe and the story behind each of the songs. 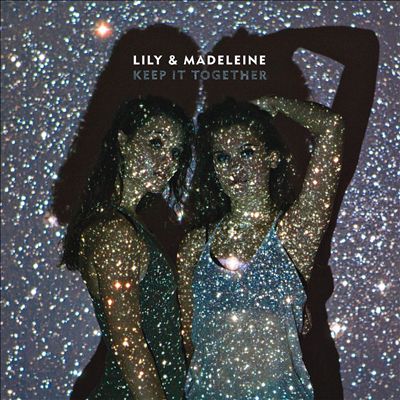 On their third release, sisters Lily and Madeleine bring the best of their voices to these folk songs accompanied by piano, percussion, and other instrumentation. Their harmonizations are painfully beautifully rendered, making the voices the standout on every track. The lyrics are lovely, and the overall effect is breathtakingly refreshing. 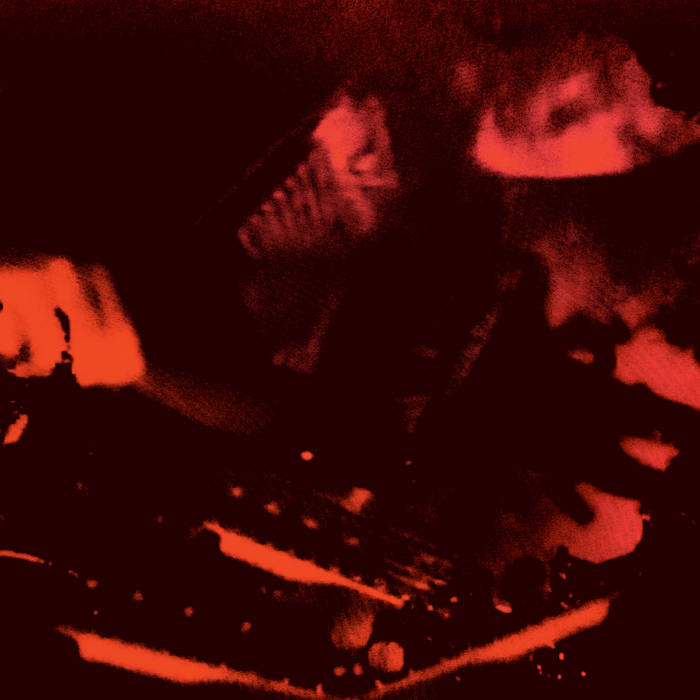 This is truly a gem–fuzzy, rocky pop from Brooklyn musician that is energizing and upbeat. It will make you happy and get you bopping around despite yourself. Each song on here is a winner. Liven up your sets with this one. 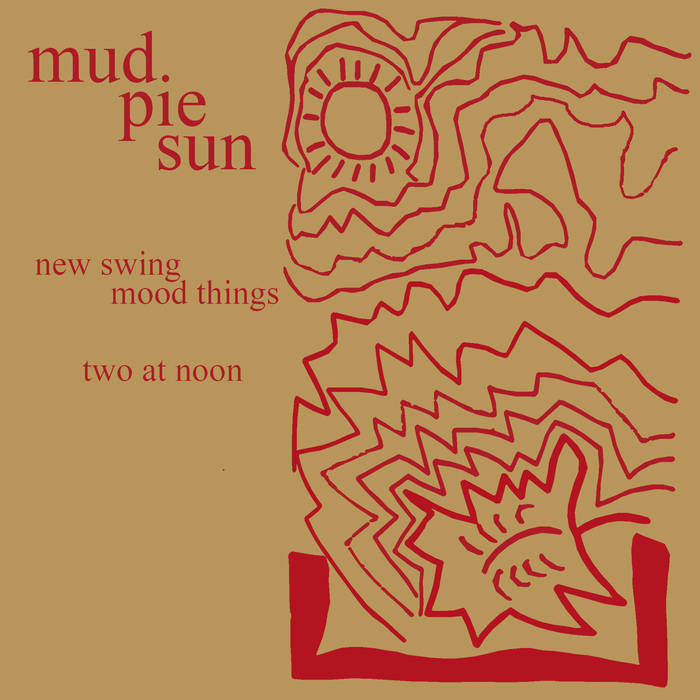 This is a re-release of a 1992 cassette from these two Philadelphia friends who teamed up for some DIY bedroom music inspired by the success of the New Zealand DIY scene. They wrote the music together and Pitchrella wrote the lyrics, which are clearly printed on the insert. The music itself features guitars from both musicians, along with deep vocals. It’s like a blend of folk pop rock. The band went on hiatus when Quinn moved to San Francisco, but he returned and they picked up where they left off. Sometimes this sometimes sounds like an old western soundtrack, and at other times it just sounds rather melancholy and brooding. 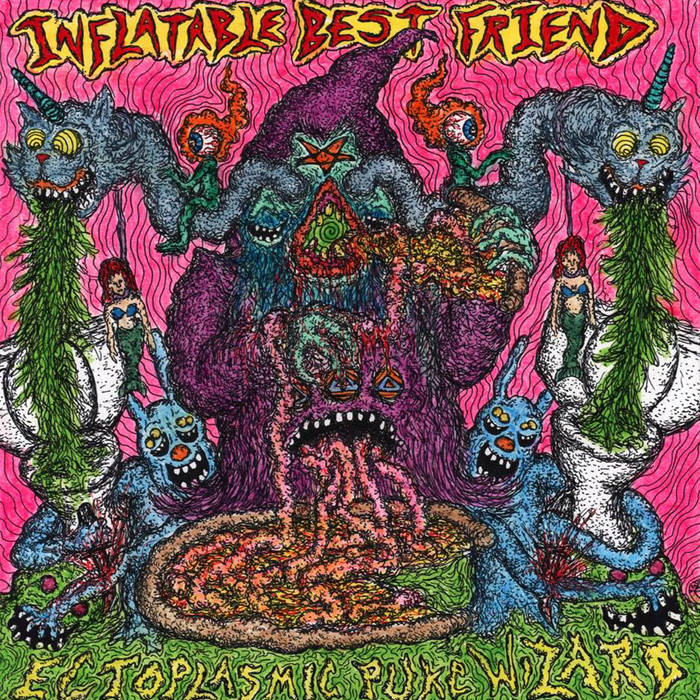 I almost declined this one based on the album title, which would have been a huge mistake. The cover, which is actually kind of fascinating, shows the puke wizard. The music, with lyrics printed on the insert, is rather fascinating. It’s a mix of punk, metal, and a bit of psych. It’s accessible in a way. The lyrics are interesting to contemplate. This Kalamazoo band ain’t bad. 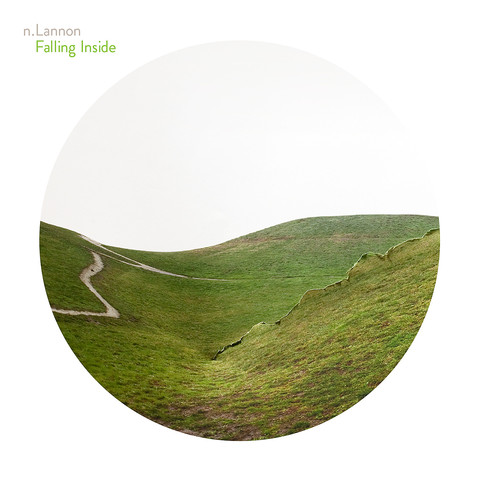 Out of the doldrums of the land of the sick I am pulled by this remarkable third solo release of Lannon, which is full of upbeat, often rollicking electronics accompanied by Lannon’s echoey vocals. This is somewhat folksy pop electronics, all written and performed by Lannon himself. The lyrics are engaging, as are the bubbly rhythms. Think Apartment Life with Mith Lemay. It’s a slice of heaven as far as I’m concerned.

This is a fascinating experiment in sound, bringing together two performances five years apart featuring the collective talents of Roden (acoustic objects and electronics), Mark Cetilia (analog modular and electronics), and Laura Cetilia (cello, voice, and electronics). There is a sparseness that allows for the different noises to saturate each other in a natural way that fools you into thinking this is one performance. Cello as texture is what you get, along with a windswept feeling like no other. 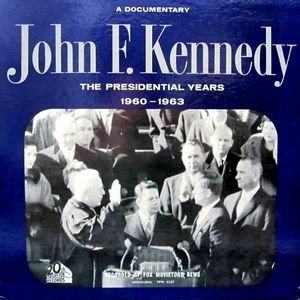 It seems fitting that I’d spend President’s Day listening to this documentary album of speeches made by John F. Kennedy during his presidency. Of course any listening to this man is shadowed by the knowledge that he was assassinated, but this sampling of his speeches is quite informative. As someone born the year he died, and who grew up on Cape Cod in a Kennedy-loving family, I found his words almost innocent, although I really still can’t believe how offensive it is to hear him say “Negroes” repeatedly in the Birmingham speech. Maybe it’s just a sign of the times, but what a rude awakening to realize that even though the times are a-changing, they are doing so at a rate that is much too slow. 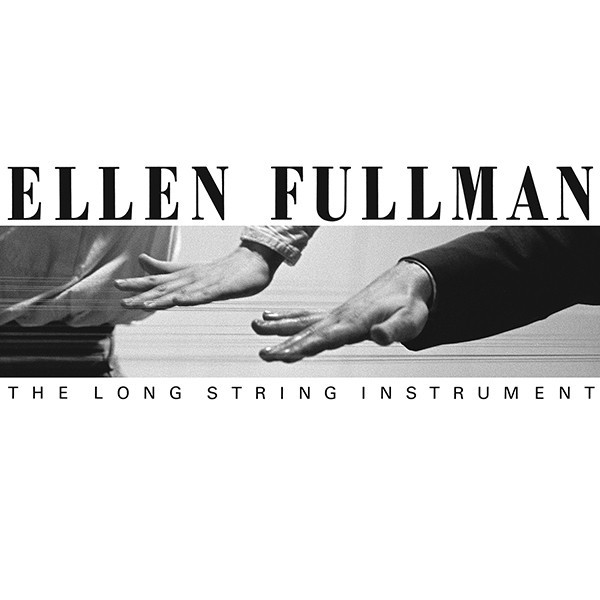 The same four years I spent in college, Fullman spent developing a sound installation in Eindhoven, Holland. Her instrument consisted of 70-foot-long metallic wires amplified by a wooden resonator box. The music recorded on this album is the result of Fullman and another musician traversing these wires with rosined fingers. The result is fairly enjoyable and challenging, bringing true meaning to the word sound sculpture. On the last track, Fullman plays another creation of hers, the Water Drip Drum, which is an aluminum pan into which water drips and whose position is controlled by a foot pedal. Read the sleeve notes. I envy Fullman her musical education, which was primarily self-taught. 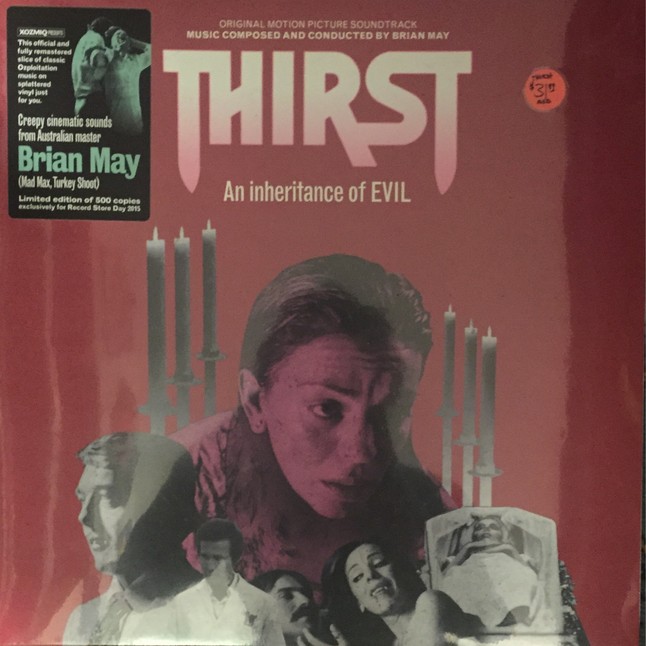 This is a re-release of May’s soundtrack to the 1979 Australian movie dealing with the bloody inheritance of Kate. All you need to do is read the track titles to know how she goes from human to vampire, and look at how Side A vinyl goes from red with white (depicting innocence) to a completely red Side B. The Main Title and End Titles are orchestrally beautiful and upbeat, mostly, belying the horror that follows as Kate undergoes her transition. The creepiness is tempered at times by the “ceremony” tracks (A6 and B5), which sound like Gregorian chants, but are actually just gory in the rituals they accompany. This is pretty great stuff. 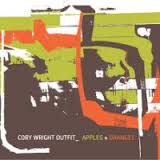 This lively jazz release lives up to its name–the mixing of crisp apples with juicy oranges provides a counterpoint to the ears with the fine musicians conversing in a challenging and stimulating way. Oakland-based Wright composes the music and plays tenor sax and B-flat clarinet, and each piece is sustainable in its energy, with the likes of Lisa Mezzacappa contributing bass and Jordan Glenn on drums. This is not a snoozer at all, but rather uplifting and energizing. 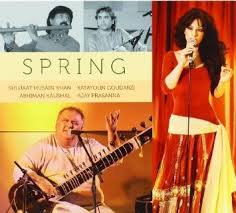 This 2-CD release is a treasure, with its rich textures and sounds. Goudarzi’s voice is seductive as she sings/recites from memory the poetry of Rumi, accompanied by the masterful sitar music written and performed by Khan. Abhiman Kaushal gives everything a heartbeat with his tabla, and Ajay Prasanna’s flute weaves its way into this international brew in a mesmerizing way. The overall effect is compelling and tantric.