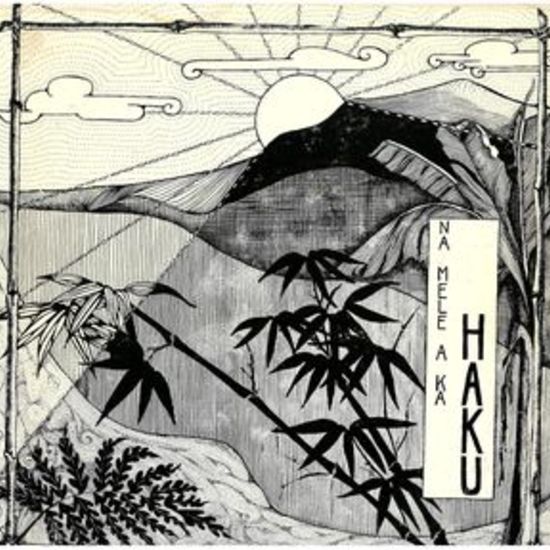 Frank Tavares is Haku, Music and Drama Department Chairman of Maui Community College (at least at the time of the first release of this, in 1975). As someone who would love to be on Maui full time, I find this an interesting CD. It’s electronic and strange, with poems recited in Japanese and stories narrated, roosters clucking, and classical Hawaiian Ipu (a gourd percussion instrument). The last couple of songs sound Hawaiian to me, and bring to mind breezes swaying through palm trees and mellow feelings of toes digging into warm sand. Take a little trip and listen. 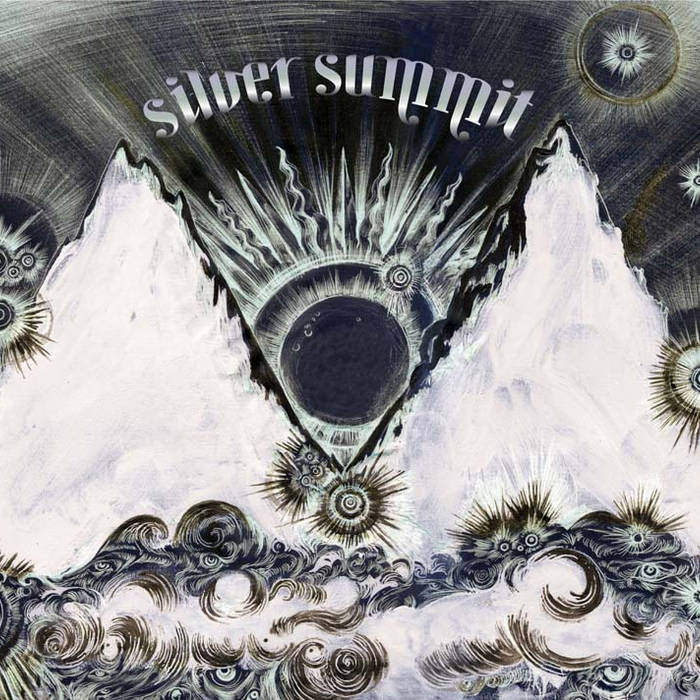 This is freak folk with beautiful vocals and instrumentation. Think Marissa Nadler but with vocals that are distinct and lovely in their own way. Sondra Sun-Odeon’s voice delivers some thought-provoking lyrics that paint haunting pictures, some of which were inspired by the band’s love of Acadia National Park in Maine (“Acadia” on Side B). David Shawn Bosler wrote the songs along with Sun-Odeon, and he does some of the backing vocals. There are Tibetan water bowls, guitars, cellos, and other musical instruments that set the other worldly tone. Quite pretty and fanciful. 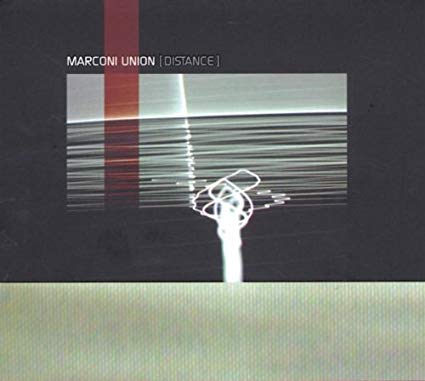 From 2005 come the soothing sounds of English trio Marconi Union. The tracks envelop you in layers of electronica that lull you into a trance from which you can awaken by figuring out what the track titles might mean. For example, “Suburb27” somehow converted me from disliking suburbs into admitting that their generic blurriness might be just the challenge I need. The music may also seem blurry, but there’s nothing wrong with a soft focus in life, after all. Take off your glasses and enjoy. 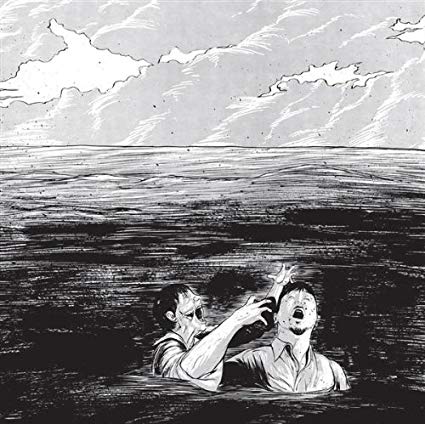 John Twells has created a concept album that will suck you into its drone, sea sounds, bells, strumming, harpsichord sounds and leave you feeling drowning in despair. But it’s pretty great nonetheless, because that is the point. The first six tracks have stories to go with them, and they’re printed in the liner notes. They read like a suspenseful tale. The feelings of isolation and paralysis in the face of utter doom (is it sea monsters or an attacking battle ship that sinks the vessel holding the doomed, exiled souls?) are conveyed exquisitely by the atmospheric music found on this disc. 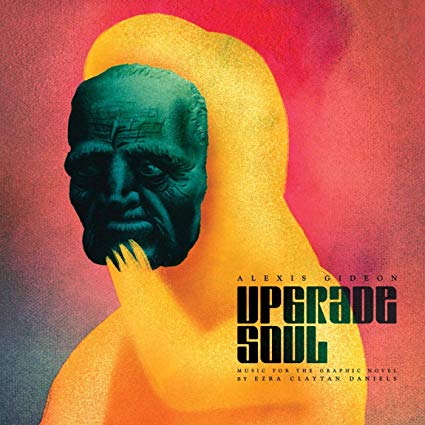 Things have really gotten pretty great when a librarian gets to review a soundtrack composed to accompany a graphic novel, in this case one written by Ezra Claytan Daniels. Kudos to composer Gideon who with these tracks brings to aural life the vision of the graphic novelist. I have not read this novel yet, but I have “heard” it, and now I want to, I must, read it. The vein is sometimes murky (as in “Death”), sometimes jaunty (as in “Conception II”), sometimes playfully bluesy (as in “Progress”) and always mellow and atmospheric. The guitar and electronics draw you in just as I’m sure the illustrations for the graphic novel do. Kudos to Gideon! 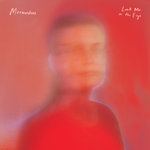 I know so little about this fantastic band from Wellington, New Zealand. I see two women and a man on the CD cover, but I don’t know their names. I just know that together they write and perform downtempo (and pleasingly oft-changing tempo) songs that summon images of an undersea world–figuratively, that is. The amazing lead female vocals take your emotions for a ride while the guitars and percussion help you ride the changing currents. I particularly enjoyed “Milennia” and “The Cut,” but each song has its own charm. Dive in. 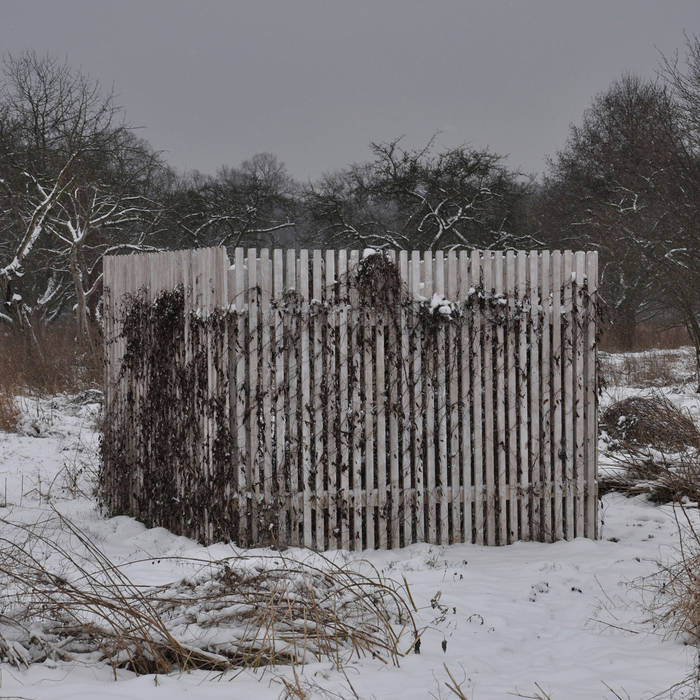 “Life’s a leaf in October” according to “Physical World,” and this wisdom is delivered via the hazy, pleasant voice of Kyle Bates. This music was written and recorded by Bates during an artist residency in Iceland in 2018 and at his home in Portland, Oregon. The character of the music is somewhat shoegaze. Bates’s parents lend their voices to two of the tracks, and the lyrics printed on the album sleeve clarify some of the mysteries going on in the music, if you need the clarification. Bates is a survivor, and proof that having a bipolar diagnosis can be an inspiration instead of a death sentence. The music is appealing and will be a great addition to many a KFJC set. 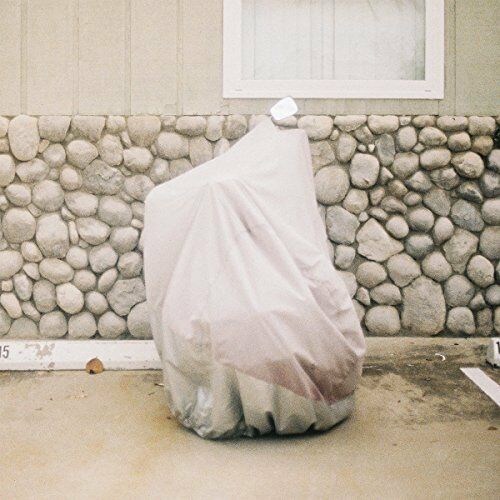 This is a very pleasant sounding release from Smoke Bellow, whose primary members composed this music in a backyard shed after they traveled to Melbourne from Baltimore. Although they felt isolated (thus the name of the album), the electronic tunes on here are fairly upbeat, and the voices, though echoey at times, sound imbued with wisdom gained from being in isolation. They have since returned to Baltimore and added a band member. The final track is my favorite with its flute and horn sounds. 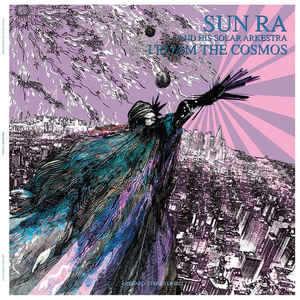 This is an unreleased performance recorded at Slug’s Saloon in New York in July of 1972. It’s pretty incredible that, even though Sun Ra left this earthly plain in 1993, his words, music, and compositions continue to reverberate through time and space. Vocalist June Tyson recites the lyrics to “Astro Black” over the backdrop of “Discipline 27-II”, followed by a call and response between Tyson and Sun Ra set to the horns and instruments of the Arkestra. The vibe is mellow and accessible. The liner notes are a must-read as they describe Sun Ra’s connections to Egypt, the sun, and the cosmos. 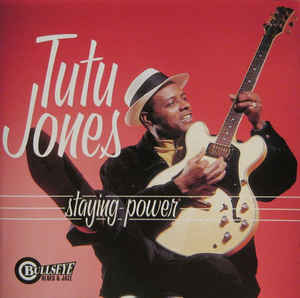 Wowza! As you’re swinging to these blues, be sure to read the liner notes about how Tutu was accomplished by the age of 20, created his first guitar by nailing his uncle’s fishing line to a board when he was a tot, and grew up with father and uncles surrounding him in the blues tradition. His wife sings backup on Track 3, and there are some soulful blues tunes on here as well (e.g. Track 8). Dallas has itself one fine shining star.

This compilation will get you dancing and tapping your toes for sure. Rumba, after all, is a style of music and dance, as is flamenco, which is the style of most of these tracks. Steep yourself in a wonderful Spanish tradition of rhythm and dance. As the translated sleeve says: “To dance you need only the right music and some grace; here is the music.” Bailar!

A taste of Turkish music is in store with these compositions by Cinucen Tanrikorur, who was a lute virtuoso in addition to being an architect and composer. Gulcin Yahya studied lute (or oud) with Tanrikorur and joins her talents with those of Pinar Somakci on kanun (a dulcimer-like instrument). The strumming and plucking on these tracks are soothing, yet invigorating. Open your ears to some classical Turkish music. 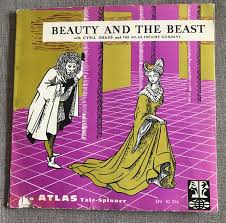 From days of yore comes this charming dramatization of the fairy tale Beauty and the Beast set to Mendelssohn. Intended for children, there are illustrated pages with the story printed on them. I remember listening to stories on vinyl in my childhood, and it did me good to listen to this one as an adult. There’s a lot to be said for the aural experience. 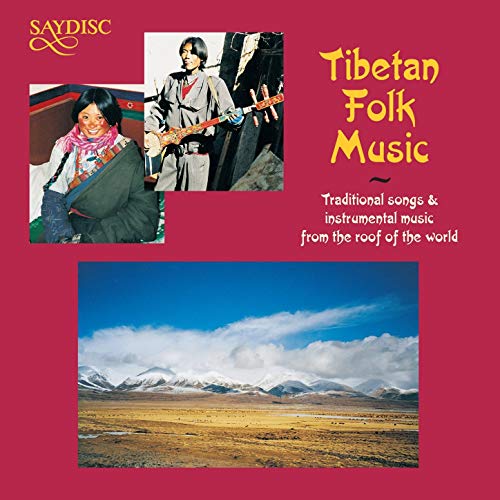 These are “traditional songs & instrumental music from the roof of the world.” I only wish I could appreciate them as much as I would if I had grown up hearing them. The male vocals are a lot easier on my ears than the high-pitched female vocals. The track titles are picturesque and simple, and the instruments are Tibetan versions of a dulcimer, a six-stringed lute, a transverse flute, and two-stringed fiddles. Rich liner notes enhance the listening experience. 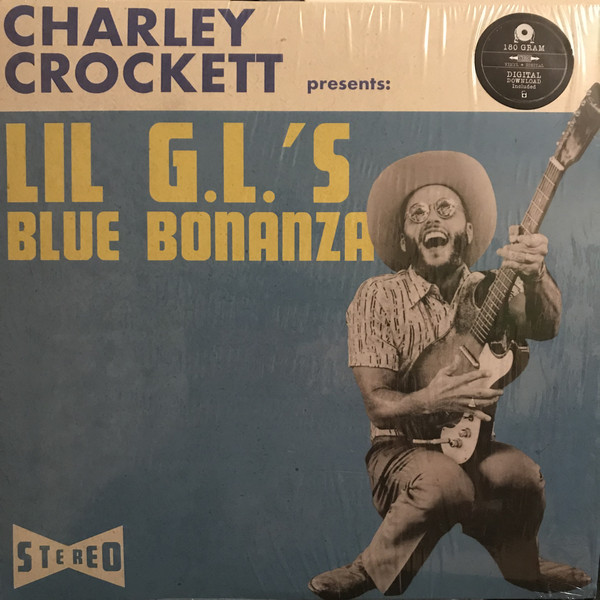 Although the CD sleeve and feel of this is old-timey blues, Crockett (and yes, he’s a descendant of Davy Crockett) is only 35 years old. This is a collection of sometimes rollicking, always true blue blues. Enjoy. 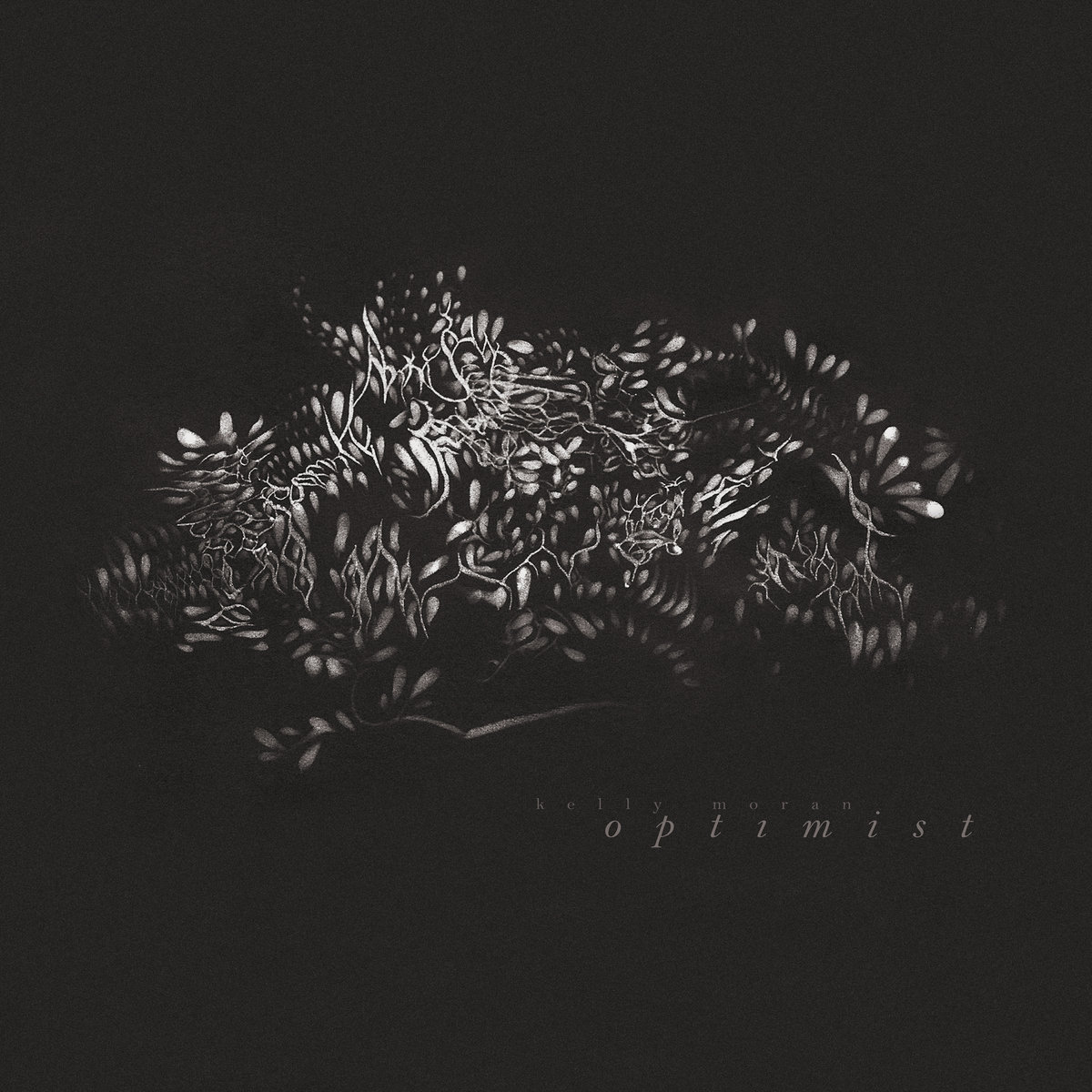 This is a wash of utter beauty from composer and pianist Moran, who hails from Brooklyn, New York. She plays many instruments, although it is her prepared piano that conjures hints of Philip Glass. Many refer to this as minimalist, but I think the layers and textures are just right for filling the spaces thirsting for musical loveliness. 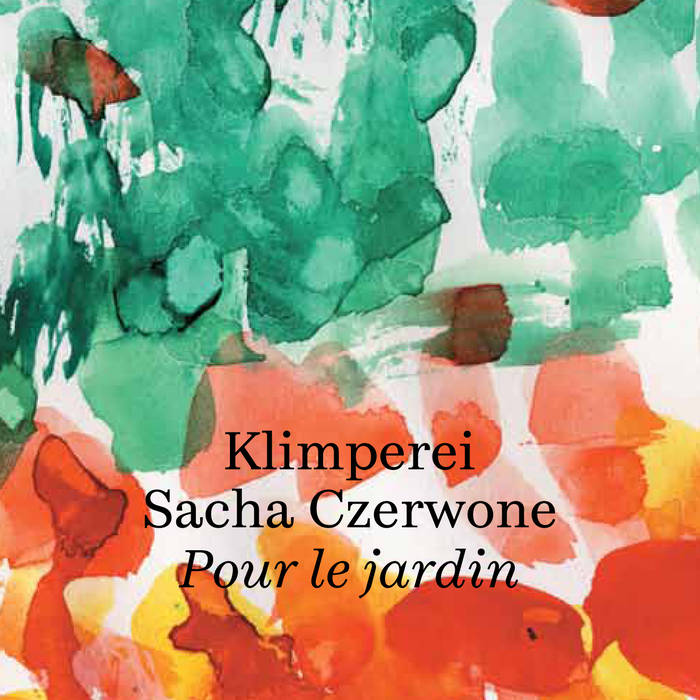 Klimperai is Christophe Petchanatz, who, together with Sacha Czerwone, created these sweet, sad songs that indeed would be pleasant to listen to in a garden. Czerwone is a composer and accordionist who adds her sweet vocalizations to these mostly instrumental songs. Sprinkled throughout are fieldlike birdsong, toy pianos, and loveliness. Each song is just long enough to make its way into your music memory. 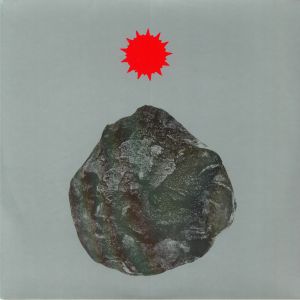 Araujo is a Brazilian composer and musician whose third album feels like the soundtrack to a sometimes eerie, sometimes suspenseful, but always romantic film that could sweep you away. The final song on each side is climactic, fast-paced, and exciting. Araujo’s piano and soothing vocals (never words, but melodic and expressive nonetheless) flow in and out of each piece, either on their own or joined by vibraphone, strings, thrumming drums, guitar, or flugelhorn, among other orchestral instruments. The effect is stunning. I particularly enjoyed the denouement feeling of the first two songs of Side D that are followed by a third song that picks up the momentum and surprises you like the crescendo at the end of a fireworks display. 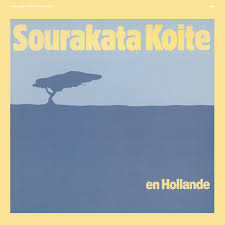 This is a pleasant aural experience brought to you by a Senegalese musician who is a griot, or a storyteller who sings his stories. He accompanies himself on the kora, a 21-string harp-lute made of a big dried gourd, one thick stick and two smaller sticks, as well as a scraped goatskin. The instrument is more than 600 years old, which is fitting for these songs that keep history alive. Read the liner notes to find out the story behind each song. Inject some cheer into your sets. 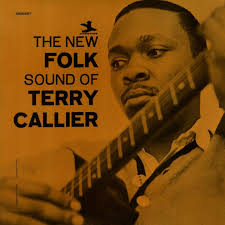 Fortunately for us this man’s smooth as silk voice and beautiful guitar work is making it into the KFJC coffers, because it is indeed a treasure. Recorded when Callier was 23 years old, released a few years later to an ungrateful audience, this sterling collection of mostly traditional folk songs shows off the young musician’s talents to a T. Although he would later be known for his jazz stylings, Callier lends his masterful voice to bring us some nostalgic songs from the fold tradition. Enjoy!