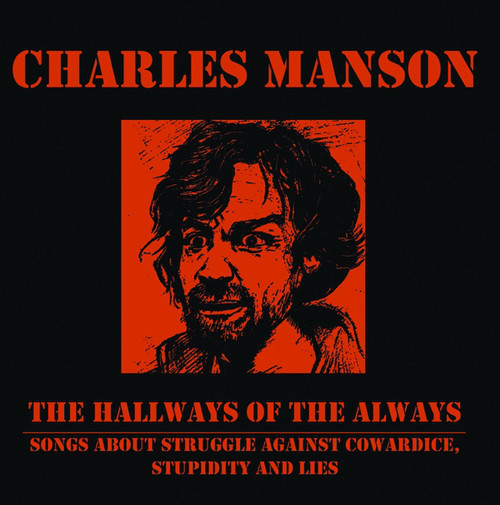 Manson, Charles – “Hallways of The Always, The” – [New Era Productions]

All he wanted to do was sing! And they wouldn’t let him, man! These are some recordings of Charlie in he mid 80’s about twenty years into his incarceration and you can really feel the heat from this one. With name calling, threat making and plain old shit talking. Manson is airing out his grievances and frustrations. With his soulful voice and the correctional facilities acoustic guitar; you really get to hear the softer side of the madness that surrounds the man. This basically helps to humanize him in my opinion. 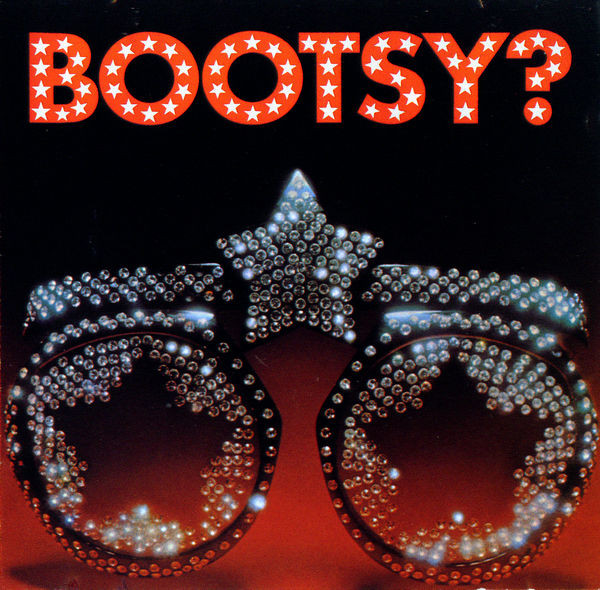 IT’S TIME TO GET FUNKED UP! And Bootsy Collins is gonna bring it to you on the low end, for those who know funk know Bootsy. Even if you don’t know the man’s name you know his bass lines. The pioneer funk bassist presents his third album with his group The Rubber Band on this overlooked funk album from ’78. Think bright horns mixed with funked out bass, tinny guitar and backbone drums. Everyone should know who the player of the year is after getting funked up by this jem. 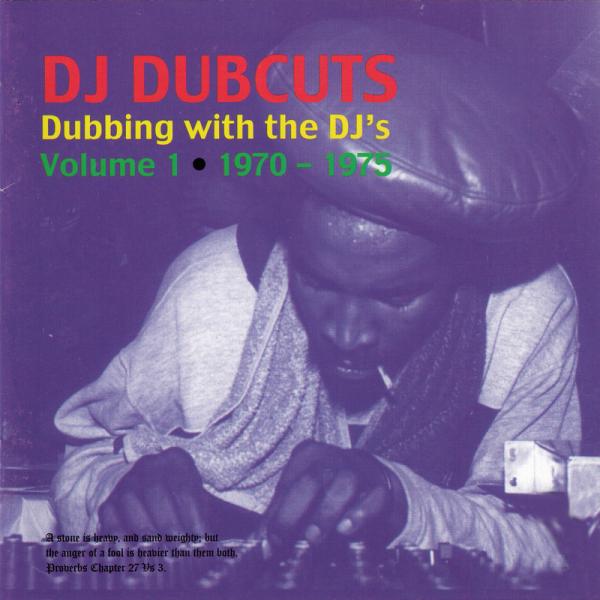 This is a collection of dub singles from some of Jamaica’s top DJs. For those of you who don’t know your dub, this album presents the perfect opportunity to ease yourself into the genre. From guys like I Roy to Lee Perry this album highlights the progession of Jamaican dub in the 1970’s. This is dub masters at their best! Heavy bass and drums mixed with bubbling lyrics. This is a gold nugget to be found in a river of dub all-stars. 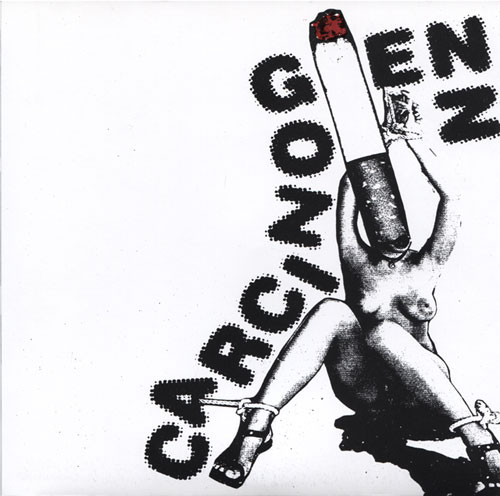 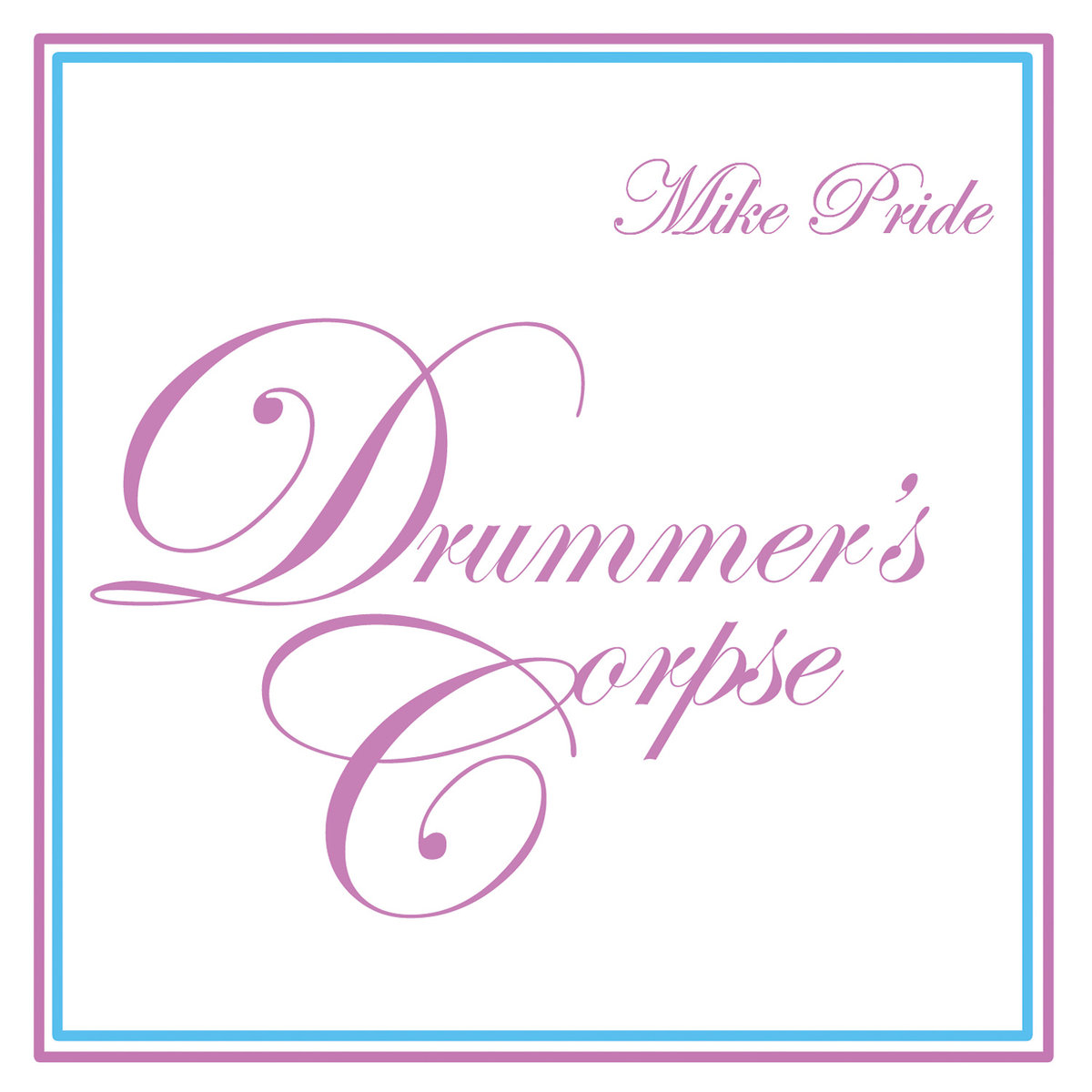 What happens when you have seven drummers, three vocalists and one guitarist? PURE FUCKING MADNESS! Mike Pride has done just that. In a collage of frantic drumming, droned out guitars, feedback induced vocals, and more noises going on than you head can stand, this album borders on insanity and hypnotic trance. There are two tracks on this bad boy; track one is a 33 minute long free jazz jam out with all seven drummers; track two is 26 minutes of sweet melodic guitar mixed with five people talking over each other. Both are a tour-de-force to be reckoned with. 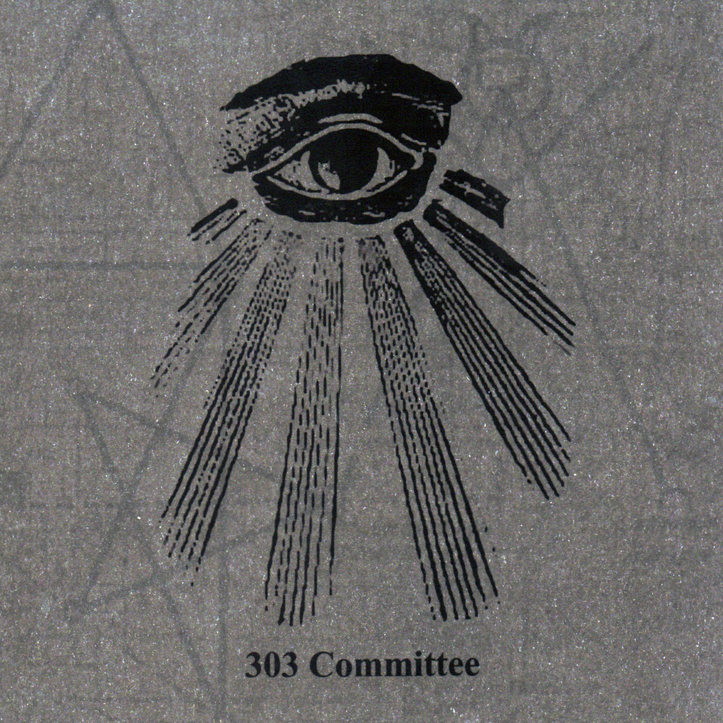 A evil wind blows with the 303 Committee’s new effort. This self-titled release, limited to 33 copies, is as chilling as it is haunting, like a windy night in a dark, spooky forest. The whole album is made up of quiet, ambient melodies that conjure up things that go bump in the night, leaving you feeling both creeped-out and unsettled. 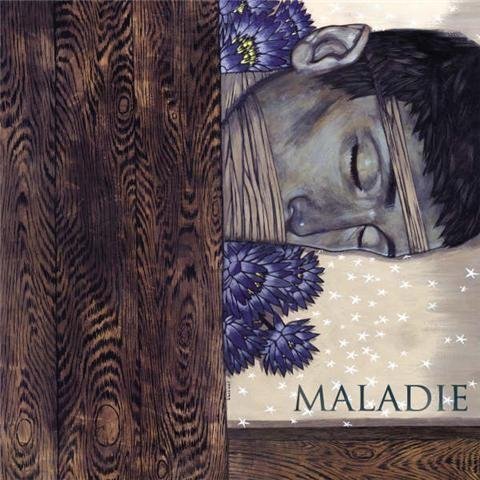 Melodic anarcho-punkers, Maladie, bring on the aggression and frustration of being a youth and living on the boarder of America and Mexico. With songs that speak of the mistreatment and tyranny of the U.S. government and the corruption of Mexico’s system, this isn’t your typical straight-up punk record. They seem to mass three or four different riffs into one song, resulting in an album that moves along in a more beautiful way then most punk albums do. With elements of power violence, hardcore, and early East coast emo (don’t be judging!) to their mix.This Tijauna foursome is a force to be reckoned with. TEAR DOWN THE FUCKING WALLS, MAN! 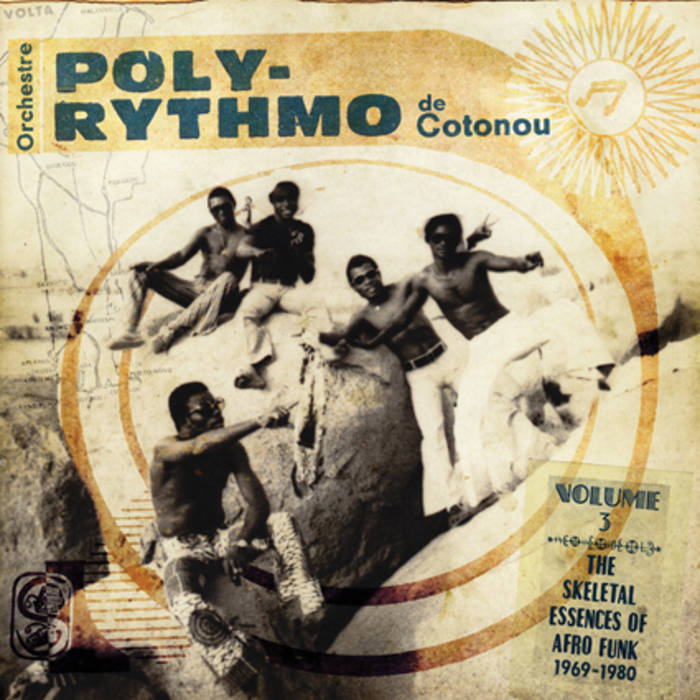 West African afro funk band Orchestre Poly-Rythmo De Contonu are the kind of music that makes you wanna get funked up and shake your ass until it hurts!
Think heavy funk bass mixed with soulful guitar and organs; add some crisp horns and some poppin drumming you’ve got yourself a new favorite album for summer BBQ’s. These songs are soul-funk jams flavored with other styles such as samba, dancehall, bossa nova and big band to showcase a band that has been working their hides off since the late 60’s. Some really cool jems to be found in here. 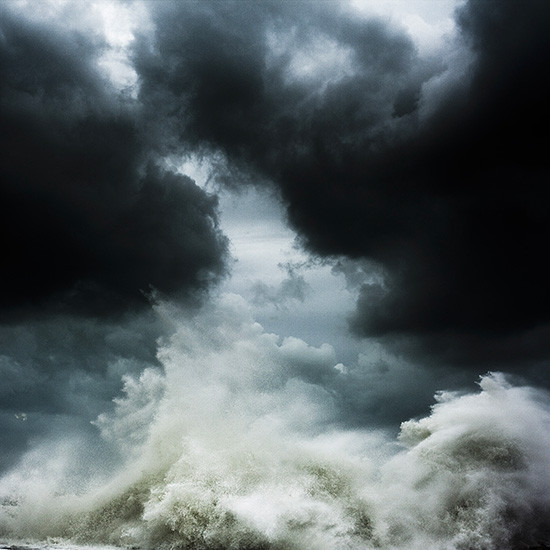 Skronked out Dutch seem to do it the best. What is it about Scandinavia that makes for such awesome free jazz?! Dead Neanderthals are no different. They go right for the throat with their tenor sax and drum freak out. No time to think; no time to breathe. Just shut up and head bang! The chaotic expression from these fellas captures two people who can really communicate via their instruments and create a swirl of madness. Crossing the lines between technical and messy, I can only hope that we hear more from this Dutch Grind-Jazz twosome! 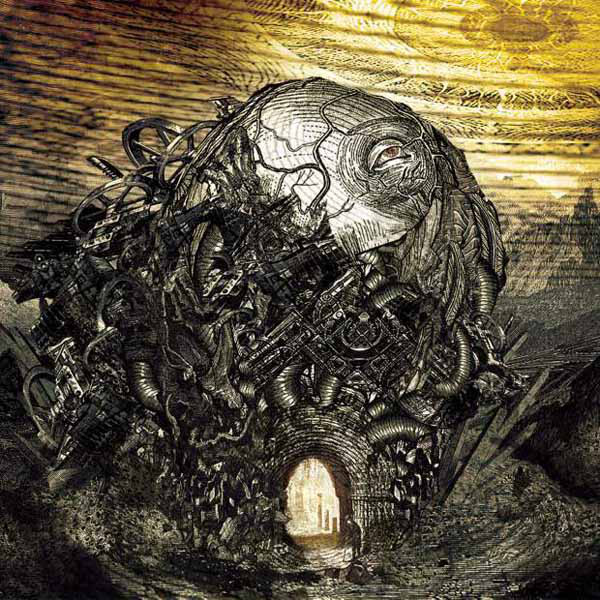 “In The Middle of Infinity” is 3:33’s last album. Really though, it’s like 2 albums or an album within a album. With 10 tracks ranging from 1 min to 5 mins and then the 40 minute opus, “The White Room”. This record is a journey into your brain via your ears. It’s not quite avant-garade, not quite hip hop, not quite tribal music, but really all those things mixed into a soundscape that will travel through the very core of your being and flesh out feelings you’ve never explored before. This album could be called otherworldly, experimental, pyschedelic, & even primal, but nevertheless it sticks with the chilled out factor the whole way through. Let your body relax and fall into the wonders that 3:33 have opened up for you. 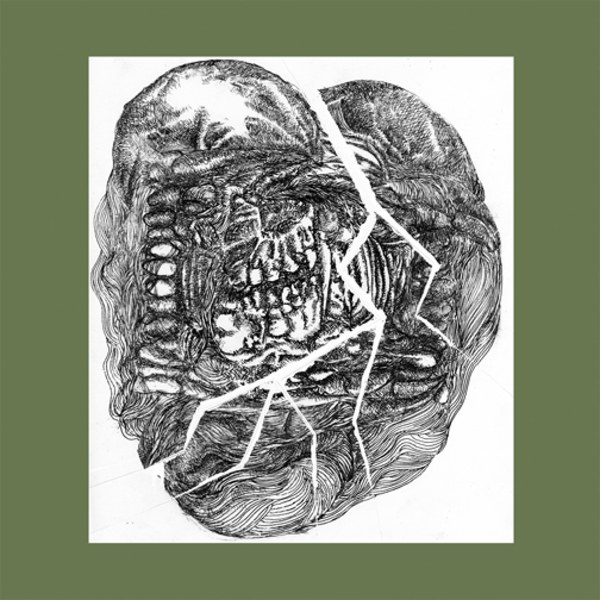 Michigan noise rockers, Wolf Eyes, return with their newest record since 2009’s “Always Wrong”. With the departure of long time member Mike Connelly (Hair Police), the band explains this with, “It’s the dawn of a new Wolf Eyes era,” and I can agree. New comrade Jim Baljo (The Human Eyes) helps conjure six songs for this welcoming. This CD is sure to confirm that Wolf Eyes is still as creepy, as terrifing, and as brutal as always. The difference in this album is we have a more matured Wolf Eyes; instead of the stright to harsh, screaming noise attack that they are notorious for, they aproach with more of an industrial-dark synth edge. Added brain melting twinkles and tribal drumming mixed with Michael Gira’s (Swans) witch doctor style vocals. This truly is a new era for Wolf Eyes, but don’t worry; there are still plenty of drill noises, scratchy tape loops and chaotic chanting of the old Wolf Eyes sound that we all grew up with. Slap this on, crank it up and phaze the fuck out! 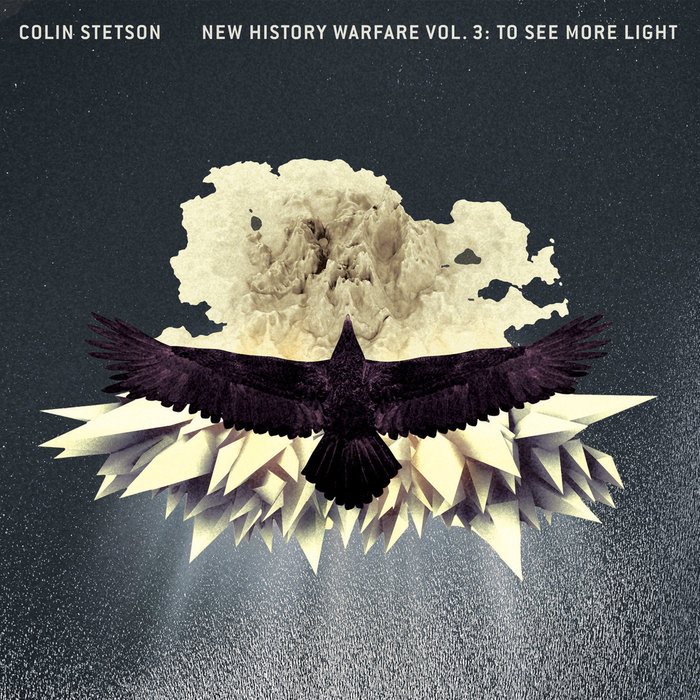 Dizzing, Angelic, Hypnotic. These are just a few of the words to describe Colin Stetson’s new album. The one man saxaphone phenom is back with his 3rd album in his “New Hisory Warfare” saga. With cosmic waves of sax riffs fill the mind with worlds that haven’t be explored yet. We can see them but we can’t feel them. Stetson acts as the vessle to connect us to places that haven’t been awoken inside of you. Like Coltraine o Ayler; Stetson breaths new life into the saxaphone and into non believers. 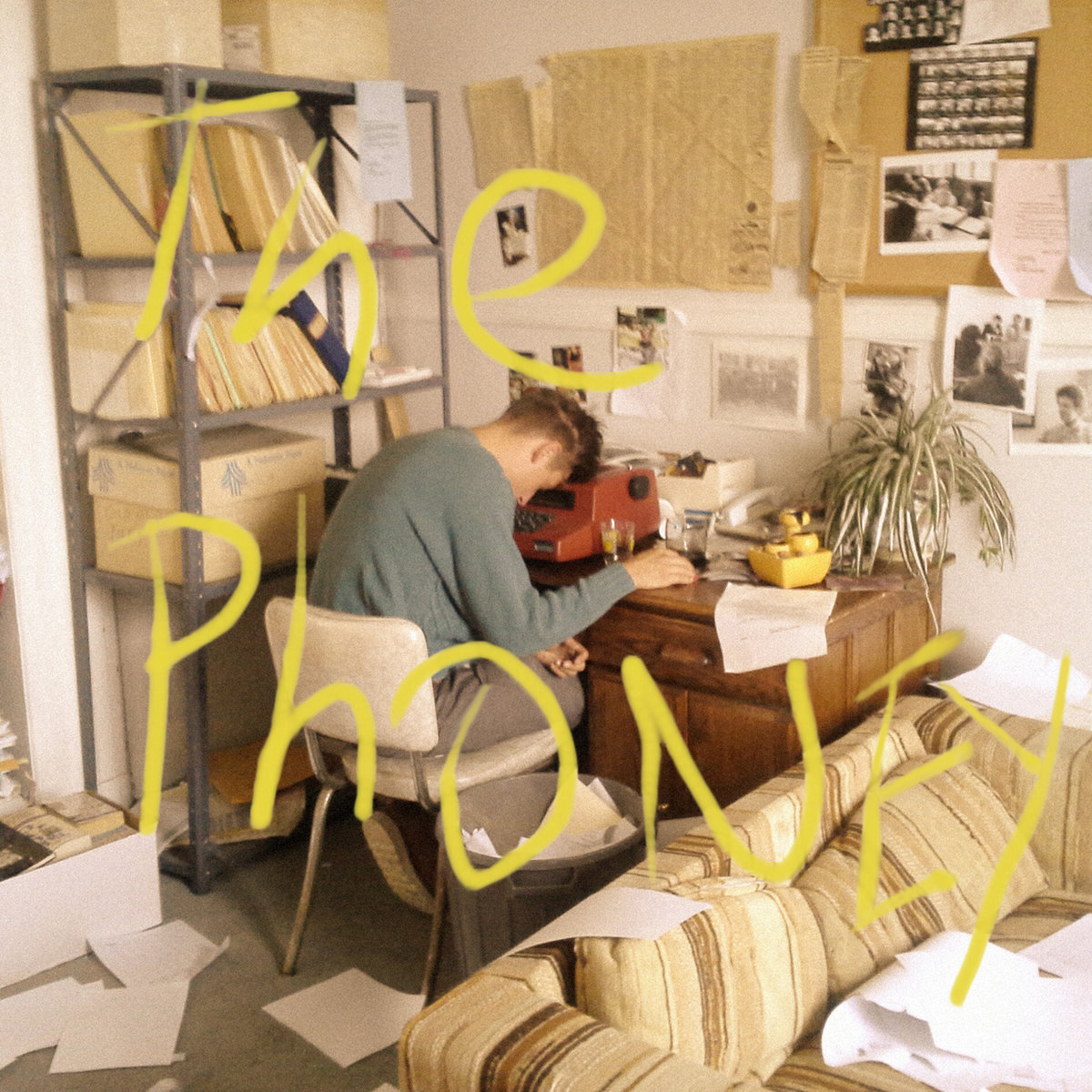 This is what happens when you mix 50′ & 60’s R&B with a basement full of Syhtns. Rollin Hunt has dug out every keyboard, moog, synthasiser & sound manipulator he could get his hands on and decided to create a pop album. Steering away from his Lo-Fi Soul sound of his previous record. Hunt hits the ground running with “The Phoney”. it has the air of a later Flaming Lips albums but with Kraut Rock space out background effects. Looking to a more produced sound Hunt delivers a Classic Pop?? album but with a more up to date twist. Top 40 hits SHOULD sound like this!
-HoneyBear