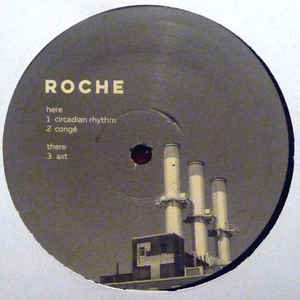 Roche aka Ben Winans, a very seasoned Bay Area based electronic musician/DJ. This is nice distorted hypnotic beat-y bliss. A-side is more retro styled happy bloopy techno while the B-Side trippy distorted melodies. I prefer the B-side. Both have a lot of beats and you can dance to them. 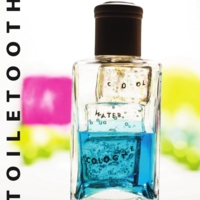 aka Jon Simon, Portland based quirkster. Deliciously glitchy, silly melodies with sharp squelches and bloops, with an album title like “Cool Water cologne” (by Davidoff for those who were unaware) and track titles like “I Quit my Troll Job” and “Fekal Speaks”, its clear that he doesn???t take him self too seriously which is always refreshing. Tracks are a bit shorter than I would like but trk 10 is a nice 8 min glitchfest. If you like more abstract yet melodic glitch than this is for you. 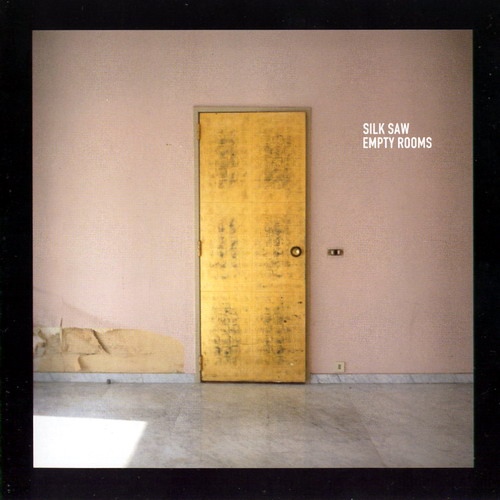 aka Belgian duo Gabriel Severin, Marc Modea. This release is based on material they composed for a French play Les Chambres Odipe, an adaptation of holderlins translation of Oedipus Tyrant, where Silk Saw played live for every performance. This material was reworked post performance in their studio but is apparently just as creepy as the show. Rhythmic hums, clicks and drones with a dark and sinister undercurrent. French spoken word and sinister beats add to your difficult listening enjoyment. 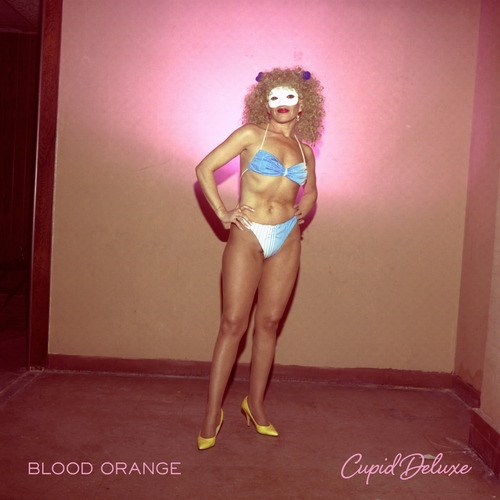 aka New York based, London born Devonte Dev Hynes, a very seasoned musician/writer/producer who has worked with a lot of big name mainstream pop artists. While this definitely appeals to all of my pop music sensibilities, its far from mainstream. Blood Orange is swaggy, loungey yacht rock disco with a solid electronic RnB foundation. There is something very charming and addictive about this, particularly the first track Chamakay. Its like a guilty pleasure that you can listen to while still keeping your street cred, while wearing sequins. Enjoy! 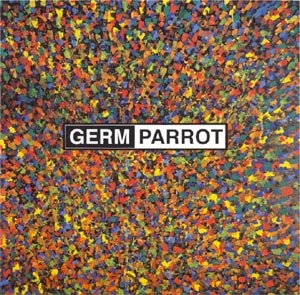 aka Tim Wright British composer/musician, also a member of Sand and has recorded as Tube Jerk. This is early 90s strident glitch/ experimental. Lots of tweeky, bleeps and skronky jazz moments. Nails on a chalk board/ the squeak of rubbing against an inflated balloon/ an elephant trumpeting? This is like an avant grade jazz/IDM hybrid and I havent decided if its genius or agony. There are moments of brilliance and while only a few tracks appeal to me, they will definitely delight quirky Jazz fans. 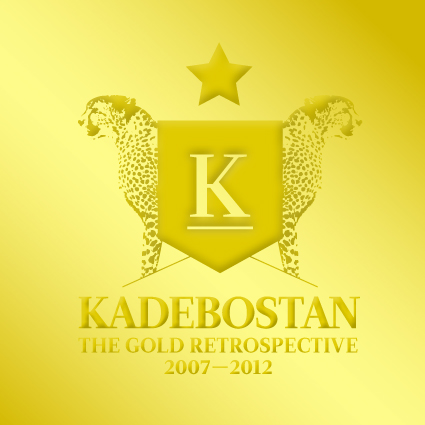 I have yet to discover the real name of this artist but that might be a good thing as I am completely obsessed with his work (stalker!). This, as with most of his work, is truly flawless. A “retrospective” this release includes work from the FENOU and Freude am Tanzen labels as well as collaboration with the artist “Laolu”. This is deep house/techno/electronic that incorporates traditional sounds/samples including old Arabic songs on harp infused beats, Italian melodrama and iconic declarations from the seventies. At moments this is very reminiscent of older Murcof with its use of classical instrumentation. I found this to be mesmerizing. Enjoy! 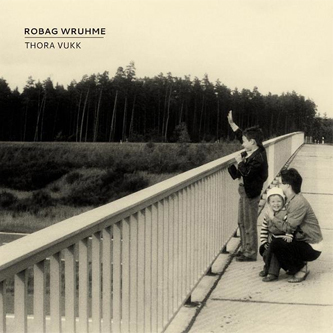 Former Wighnomy Brother Robag Wruhme’s sophomore release.
This is unexpected considering past work. A mellower (less beats) and quirky sound. Field recordings/found sounds, rhodes keyboard, choir give this a charming and unique quality. This is more introspective and experimental. Definitely something to trip out on (use headphones or play it LOUD). Don’t fret, there are a few thumpy beat laden tracks but those are definitely in the minority. 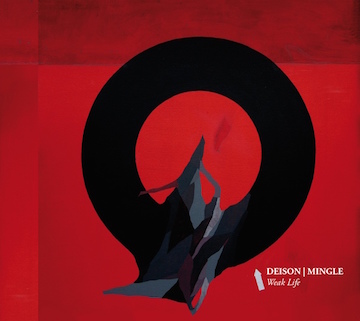 A collaboration between C. Deison and Mingle (aka Andrea Gastaldello). Deison is well known within the Noize/Experimental community and has worked with some heavyweights like KK Null, Scanner et al Heavy, cinematic floor shaking thumps and ominous hums and beats. Nice loops and textures throughout. Pure blissful dark soundscape, this is a mindblower for sure. 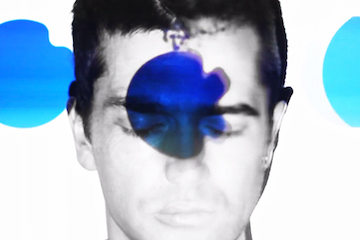 aka Irish duo Mr. Dara Smith and Ian McDonnell. This is their second release on R&S and if this is the sound that R&S is going for I am super excited for the future of the label. This is mindblowingly awesome, gorgeous heavy rhythms and dark metallic beats reminiscent of Kangding Ray. Ominous, compelling and mesmerizing. Also this sounds equally awesome at 33rpm. Enjoy!! 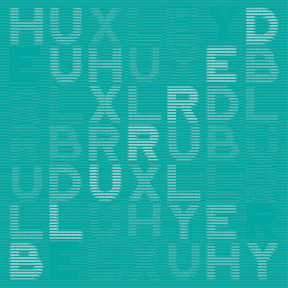 aka Michael Dodman, UK garage producer etc. and his debut release of this project. This is less garage and more club. Super upbeat, dance, vocals on most tracks (which I don’t always prefer but he makes it work here). This ranges from happy house to minimal house to drum n’ bass to full on club anthems. I doubt anyone could listen without the involuntary toe tap. It has a beat and you CAN dance to it! 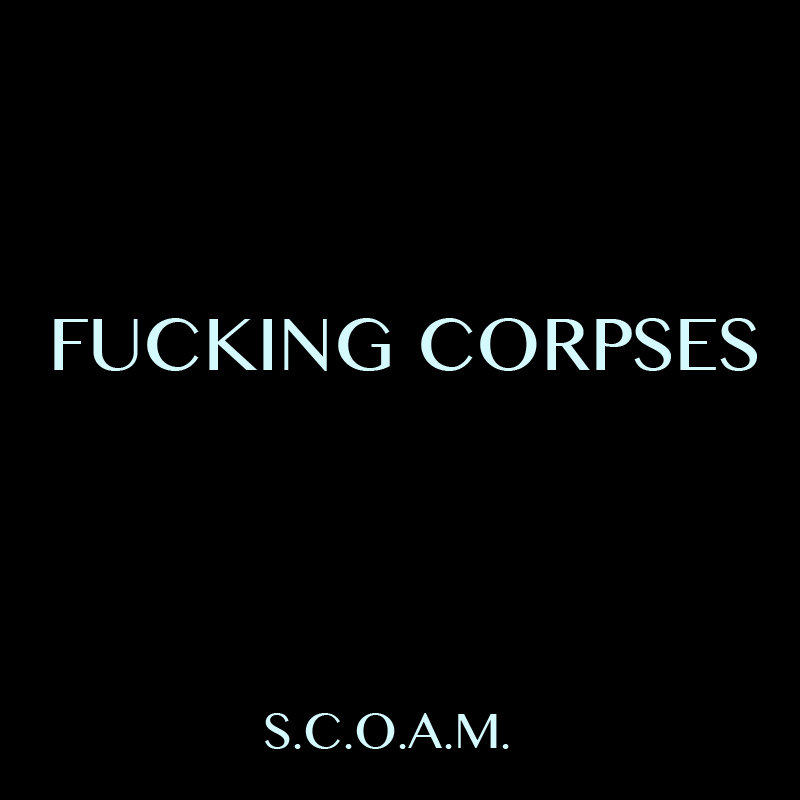 aka “Student Considers Other Academic Models” from SF. This is quirky, wonky, synthy, noizy, strangeness and pretty much what I would expect from a cassette release on Teen Action. I wouldn’t say “punky” but definitely experimental and overall weird. Theres a lot of interesting things going on so its worth the listen. 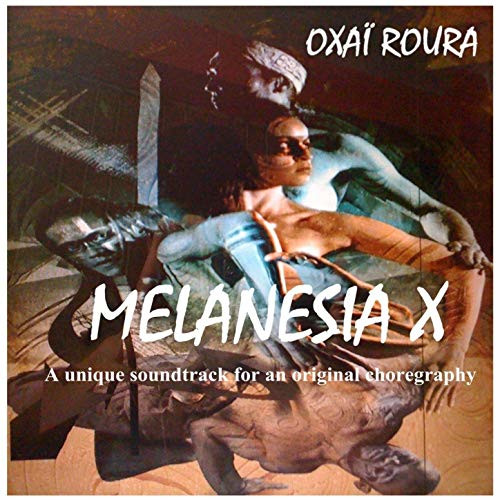 Oxai Roura is a musician/composer, film maker and a researcher of ethnomusicology. Oxai was facinated by ancient African polyrhythms and chants so he trained with traditional masters Famoudou Konate and Mamady Keita. This release is the original soundtrack for the welcoming show performed by the Posue dance company and this performance has received many awards.
This is special, perhaps some might consider it a combination of electronics and international? But thats really selling it short. This is very complex and interesting with very unique instrumentation. It does have a thematic/dramatic quality but does not read like a typical soundtrack. Please give this a listen, it will charm you. 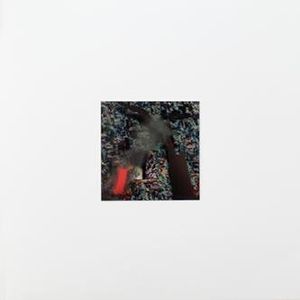 A collaboration from Brian Pyle (Ensemble Economique) and Felicia Atkinson (Je Suis Le Petit Chevalier). This is a handpressed limited edition of only 300 copies and the cover has “lenticular” artwork. This is a long ambient(ish) techno(ish) ep a bit more on the psychedelic side of things. To call this “Techno” (which they do) is quite a stretch. This is long minimal shimmery tracks with mild droney elements and the faintest of beats (which very gradually fade in). Track 1 has female vocals in French which is intriguing and some minimal old school synth sounds. Track 2 is a bit more space jam. Actually both tracks really are space jammy scoundscapes. No this is not techno but you will like it a lot. 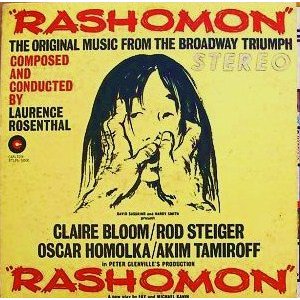 Laurence Rosenthal is an award winning Film/TV/Broadway composer who is known for his work on Cinema Paradiso, Miracle Worker, A Raisin in the Sun, Man of La Mancha, Clash of the Titans (original) and even Fantasy Island. Rashomon is two short stories by Ryunosuke Akutagawa which were then adapted into the Oscar-winning film by Akira Kurosawa but THIS release is from an adaptation for the Broadway stage, using elements from the Kurosawa film that were not present in the short stories. The Broadway production stared Rod Steiger and his wife at the time Claire Bloom who are obviously not Japanese although the story is about a Samurai and his wife. The story is told from four different viewpoints which vary greatly. This is very visual and unique, quite dramatic and heavy on percussion and flute, gamelan, gongs and cymbals. 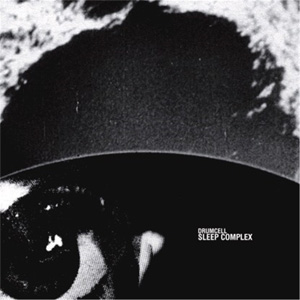 aka Moe Espinosa, founder of the Droid Recordings Label. Espinosa is an LA native, suprising given the overall dark gloomy quality to this release, this is deprived of sunlight. Yes this is considered Techno but definitely more dark electronics along the lines of Empty Set, Kangding Ray, Pansonic etc. Dark churning beats, somber rhythms and industrial moments. Along with that there are a few straightforward non scary techno/beat tracks (trk 4 & 7) but I much prefer the former. And if you don’t like any beats, track 9 is a cinematic soundscape featuring a recording of a police radio or the intro track which is a short but sweet creepy cavernous loop. This is amazing. 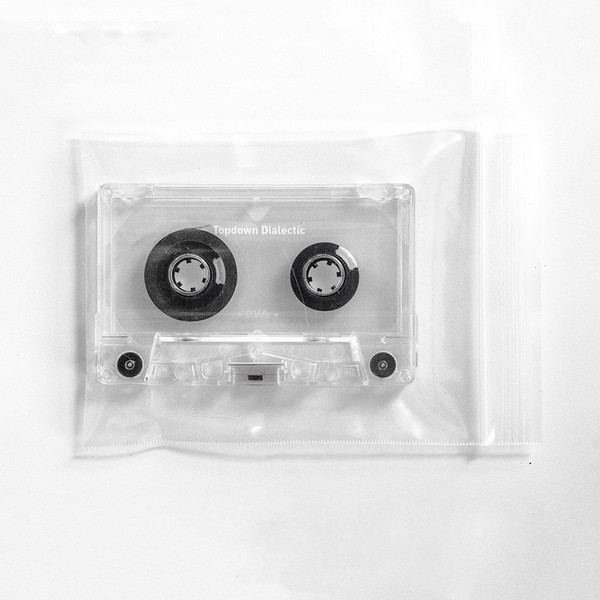 I received this mysterious yet amazing cassette and had no idea what to expect. This is soft, muffled, hissing techno with cool echoing vocal samples (Burial-ish). Reminds me of Deepchord projects but is much more interesting. Really atmospheric and hushed minimal beats. Super love this!! 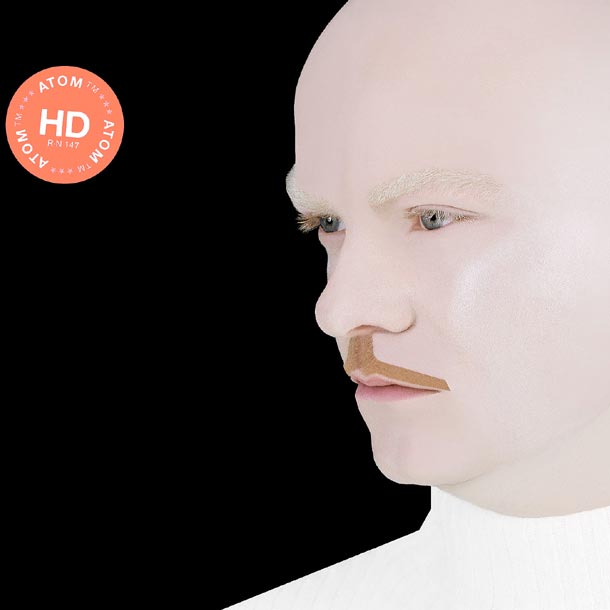 aka Uwe Schmidt a German electronic musician (although Trk 1 is in FRENCH) who records under the largest number of aliases I have even seen, around 50? He also has his own label called Rather Interesting/Linger Decoree. This starts as weirdo electronic Kraftwerk meets Alva Noto on tracks 1 & 2 but track 3 quickly devolves into a very sad Mooryc without the edge sound featuring an artist named Jamie Lidell (do not like).
Trk 3- Super weirdo, vocals in English.
Trk 4 ‘Empty’ has more weirdo vocoder vocals and rants about mainstream media.
Trk 5- Nice electronics again, Trk 7 more ranting about mainstream media and is NOT FCC COMPLIANT! Trk 8 is a sampling/mashup/cover of ‘My Generation?’, not sure how its even legal and I kind of think it sucks, dont play it, Trk 9 is super Kraftwerk-y. This is so random that I bet a bunch of you weirdos will like it. Ill probably stick to tracks 1 & 2 & 5.
TRACK #7 FCC!!!!!! 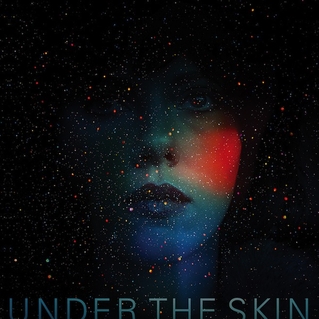 Soundtrack to a 2013 British-American Sci fi/horror film, a loose adaptation of Michel Faber’s 2000 novel of the same name. about an alien seductress (Scarlett Johansson) who preys on men in Scotland. The music is by Mici Levi who does not appear to have any other music/film credits. Lucky for me upon first listen I had no idea this was a soundtrack so I had the opportunity to be sufficiently creeped out by it. This opens with some very menacing strings, then moves along to a haunted space station, an ominous walk though along creepy hallway etc. Lots of tension building, unsettling, WHATS GOING TO HAPPEN NEXT?!? moments. Very cinematic and spooky. This is very ominous and unsettling. Stoker meets Alien. Its great!!! Now I have to see the movie. Enjoy 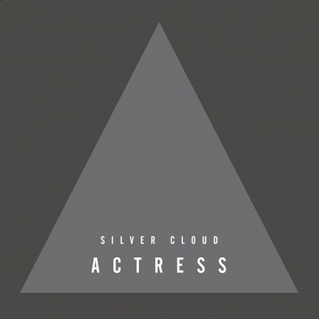 aka British artist Darren Cunningham. Known for more Techno/beat based tracks, this has a much more stripped down raw feel to it. This is deep, dark, sludgy metallic beats. Lots of static, crackle, hiss and subtle metal tinges. I imagine this would earn the Cythoth stamp of approval for its dark and menacing nature. Beats if you like them, creepy for the creepers, crunch for the metal heads and trippy enough for everyone else. There are beats but you cant dance to them. 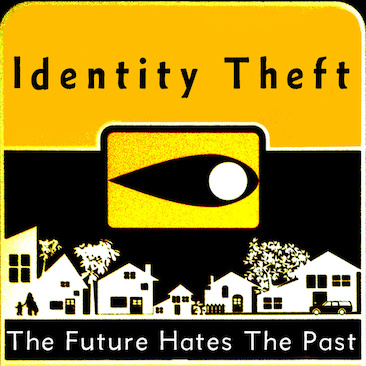 Identity Theft – “Future Hates The Past, The” – [Katabatik]

aka M. Buchanan AKA Djynnx Ogo, based out of Oakland, the home of Katabatik Records. This is self proclaimed ‘Slimewave / Abandoned House/ Death Trance / U.B.M. / Synth’. I like the Slimewave reference, this really reminds me of old skool electronic industrial of the early 90s variety mixed with some electroshock punky-ness. Lots of sampling and quirkiness, drama and beats but of the darker variety. Some slowed down vocals which make my head hurt but overall its very catchy and addictive. Theres a theme here if you really listen, you’ll get it.