Noise-Experimental-Soundscapy music can be great. When it strikes you just right, it can be ridiculously awesome. That being said, it can and often does also suck. Rarely does it leave you feeling like you can take it or leave it. It’s like eating raw fish, or Geddy Lee’s singing voice – you’re either for it, or against it. You either love it or you hate it. There’s little middle ground. When it’s good, it’s good and doesn’t need a lot of explaining. When it’s pretentious and inaccessible, it’s retarded. When it’s both, which is rare, you have something akin to this effort by Richard Youngs and Simon Wickham-Smith. 5 Years. Five tracks on this CD, each named after a year. We have 2002 through 2006. First track is nine minutes long, remaining four are almost exactly ten minutes. All tracks are really two very different compositions taking up roughly equal length on each track. I assume we are to take this as representing the first and second halves of the year. Or, whatever. Songs abruptly change and become something else entirely midway through the track, which comes across as rather gimmicky. A competent but pretty pedestrian ambi-noise affair.

*-Track 1 starts off, managed to take a sonic snapshot of a mosquito buzzing in your ear when you just want to sleep. Quickly moves to soundtracky tension, plucking the same chords in anticipation of?’ Nothing. What sounds like a harpsichord constantly strumming the same two notes accompanied repetitive monosyllabic nasally humming building to a climax that never arrives. Instead, midway into the track, a pulse tone that sounds exactly like my morning alarm is used as a jarring segue, and the track becomes a new-agey spacey sound that is that is, well, quite lame. What sounds like synth punctuated by a BEEP BEEP BEEP for four minutes. This track had me at hello, then quickly lost me.
*-Track 2, nothing like the first. Glorified version of an eight-year-old twiddling the knobs on an FM receiver while his buddy runs a power sander over corduroy, while some hippies next door have a drum circle and play hackeysack. And again, almost exactly halfway through the song, it turns into something completely different but equally unappealing to your mom.
*-3 Track 3, Starts off kinda Queen Flash Gordon-y, but doesn’t go anywhere. Synth reverb endlessly, then part 2 of the track becomes a bouncy-ball metallic slinky falling all around that Escher picture of the impossible stairs. Plus some UFO-spacey BEEP-BOOP-BEEP sounds thrown in with a sense of ‘why the hell not, we need some spacey sounds here to round out our theme of capturing the latter half of the year 2004 in sound.’
*-Track 4, Meh. Chimes and such. Second part, more chimes with some synthy organs and guitar and more twirling the knob antics.
*-Track 5, First part sounds like snake charmer music if playing only two notes and heavily processed through a screen door. And the final chapter, the current final half of 2006 when we currently reside as of this review, is arguably the most ‘upbeat? of the tracks-within-tracks. Swimmy underwater dances-with-starfish kinda stuff.

Excepter reminds me of a mysterious, dusty demo tape that once changed my world. It is very lo-fi, freaky, dancey, and electronic. They can’t really sing, so they murmur and rap too close to the mic. It is a cool muffled style but the underlying music is crisp and clean. All the tracks run together nicely for a hip trek on the lightrail or your world-watching venue of choice. This video game dub sound is a great companion on any trip.
-anjl

Like electromagnetic medicine… lulling, comforting, undulating tones form from part of your body energy, then feed back through your ears. Paul Griffiths speaks so strangely, pained and soft, wandering through the labyrinth of the mind. The words are the words only spoken by Shakespeare’s Ophelia, to create a new character in a new story. It is all somehow familiar to me: the questions about lost and found love, fear, and confusion. Uitti’s cello is an old friend who consoles the troubled speaker. It all creates a theatrical setting, surrounding you in the scenes. The cello becomes edgy, the speaker almost frantic, simultaneously ascending and descending a staircase to saneinsanity… the rebirth of the world…
-anjl

Antye Greie {Fail} weaves many beat-driven songs, the others are sporadic beatnik echo accent ambient: German. Sparse but carefully chosen English words make the mundane seem fascinating! An established clicker, she has collaborated with others but is quite comfy on her own at delicious electronics and the in between sounds that most would not use. Introspective pondering of Chinese restaurants, electric Tokyo, human nature, language, and awareness? soothing inspiration from clothing, fabric, words, art, coincidence, and profound experience. Beautiful. -anjl
+ Saxophone by Michael Schmidt
+ Mastering by Joshua Kit Clayton
+ Dedicated to Vladislav Delay

These are works that Mr. Menche submitted over the years to various labels for release on compilations. He compares these tracks to his full-length albums as ‘short stories vs. long books, small paintings vs. large paintings.’ His technique is sound sculpture: producing tangible noises! Compared to other releases, these are very harsh tracks. No computers used here, so it is all very organic, primal, and invigorating? very bright, loud, and clear, like sitting in the middle of cleansing fire.
-anjl

Great poetry of his/their own on the back of the record cover!
-anjl

Tim Sparks = guitar
Greg Cohen = bass
Cyro Baptista = a vast array of percussion
Sparks made guitar adaptations for traditional Yiddish, Sephardic, and Oriental Jewish songs and shared them with some friends. The sounds are homegrown, heartfelt, nostalgic, dreamy, refreshing, and rocking! Music from different regions of the world can sound so similar. Persian, Blues, Brazilian, Klezmer, and The Far East: These musicians and composers bring it all together beautifully!
-anjl

Carla is a howling, engulfing power, who takes you just past the brink of all misery and then comforts you back to surreality, in her arms . there are some guest musicians, including other singers, violin, viola, cello, contrebasse, rained-on piano, guitars, drums, rain, cat sounds (#4), casio, bass, mandolins . an organ bellows into the infinite darkness . strange instruments and samples creak and quiver, like the confines of a troubled brain . move through ebbs and epic flows, an orchestra of Earthly rage, from soft whispers to torrents of sound .
a continuous work of art, cut into seamless tracks
a symphony of gleeful sorrow
a desperate plea for reunion
-anjl

Here are thoroughly inspiring examples of the potential of the human brain combined with machine to create mathematics, pictures, ideas, emotions, and spirit, in music and sound. The trans-global artists use computers to compose, computers to emanate, and other machines to weave other dreams. They create their own instruments, programmes, layers of process, patterns, equations, collages, and concepts: figments as noise and noise as music and music as a physical experience. Abstract to melodic to spacey to inexplicable, this is a glittering array of drones, tones, blips, static slurps, natural environments, and voice. Halim el-Dabh’s 1944 piece is a recent discovery and pre-dates the work by Pierre Schaeffer that was previously credited as the first musique concr’te. The booklet provides fascinating biographies and historical notes. It is vital to preserve these descriptions, techniques, processes, and recordings! Bless the people who recognize that and release works like this series! I would have preferred more from the WWII era, but that may be already amply included in other collections. This series is good at blending the old masters with underground brilliance. Over two hours of material, from 1937-2005, highlights certain artists, certain eras: sparks in human evolution, our leap from a type zero to a type one civilization, terrestrial to planetary? *
– anjl 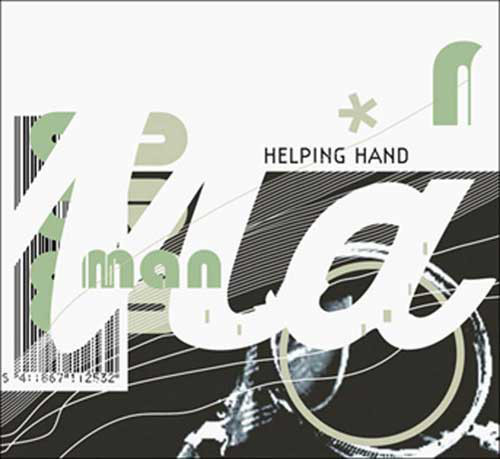