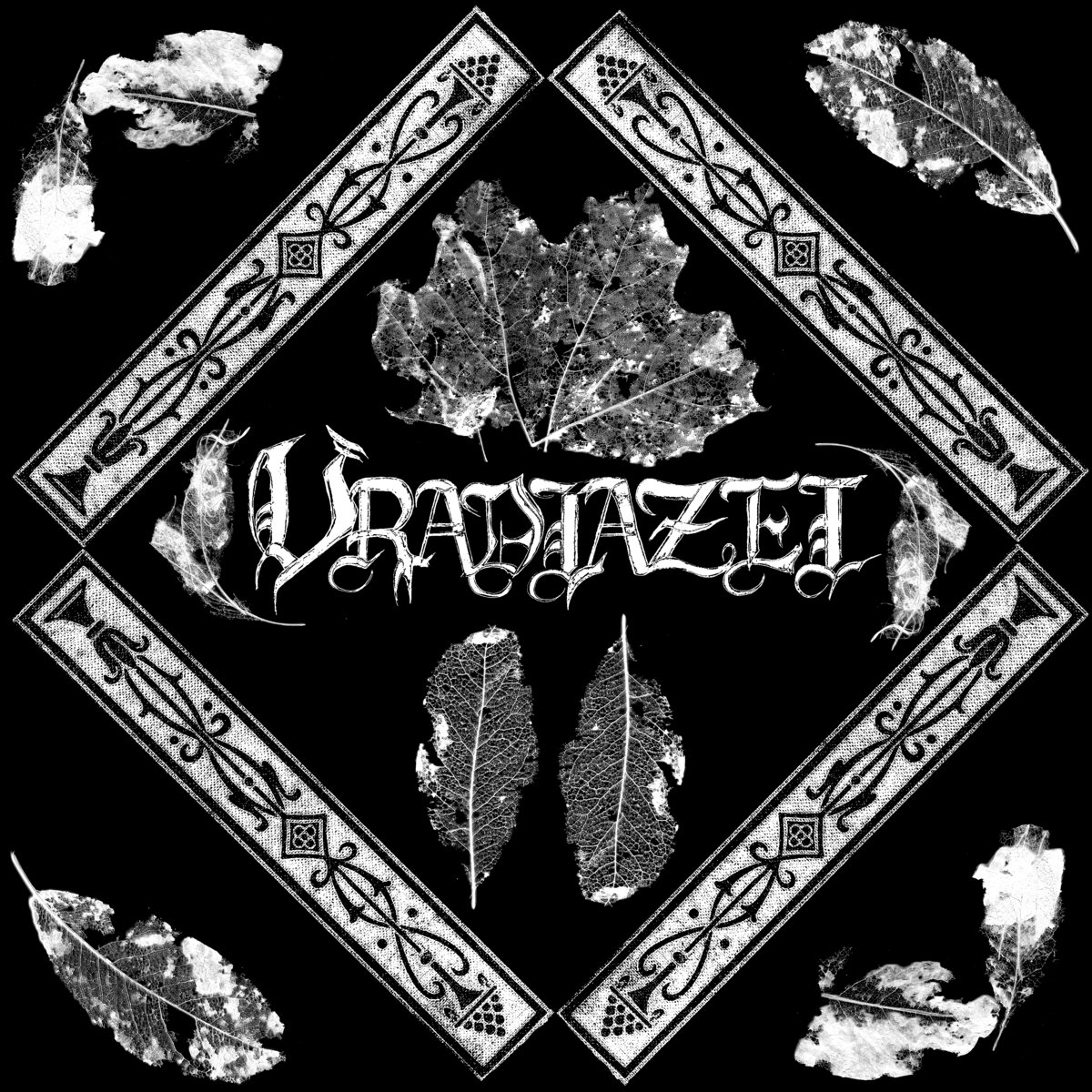 cascadian doom folk of the apocalypse, this group of ladies from Olympia perform acoustically and by candelabra because when the end comes there will be no electricity. somber, sparse yet uplifting in the most dismal of outcomes, vradiazei literally translates from Greek to “getting night” or “darkness comes” they lost their banjo/bouzouki player to motherhood, life eats away at us all one by one. vocals on the B side 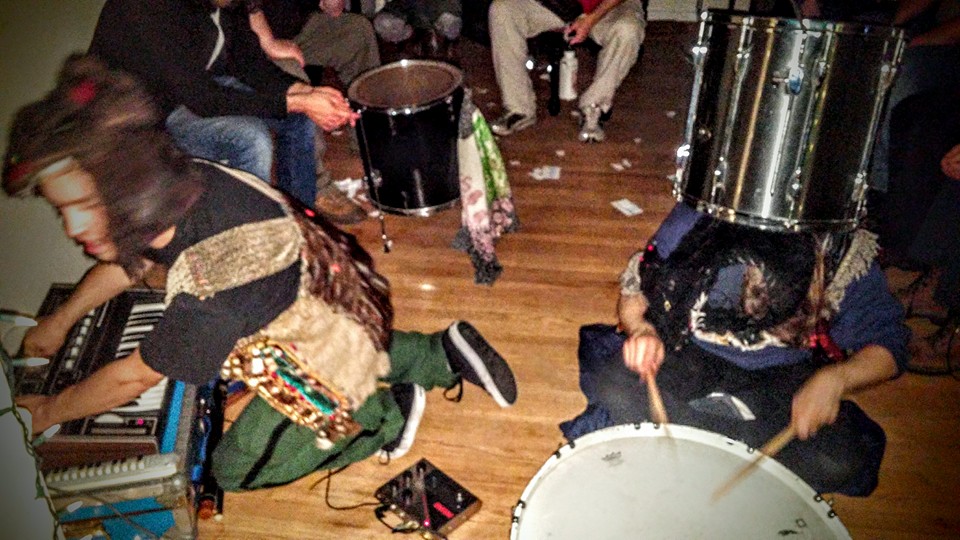 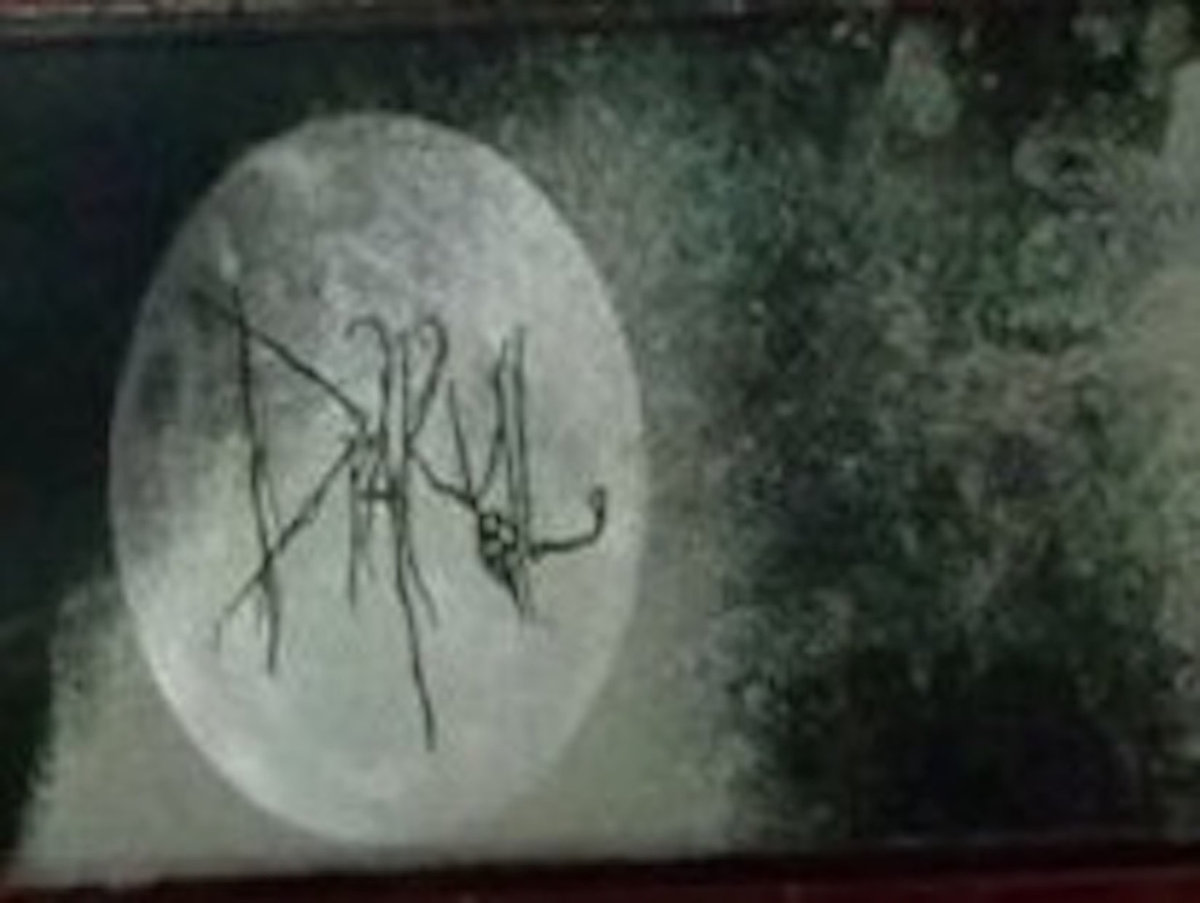 Anguish of Enlightenment, The [coll] – [Self-release] 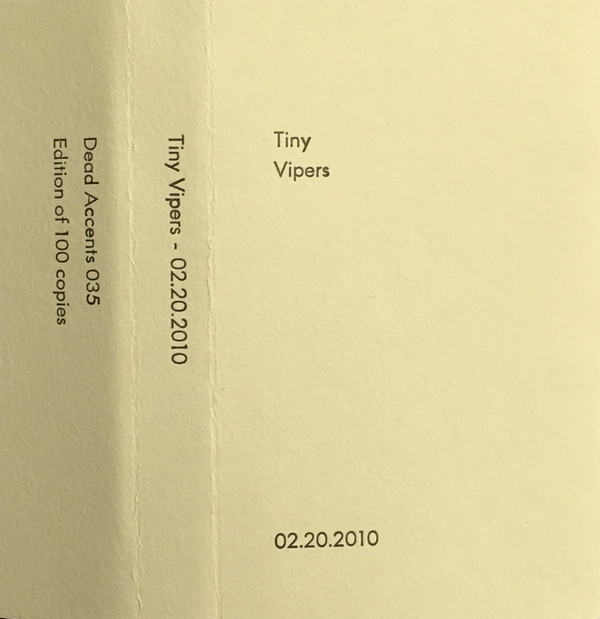 sparse guitar folk narratives from Seattle’s Jesy Fortino; recordings from an era ago, recorded at the Josephine; gentle yet haunting plunges into the weight of a heavy spirit; her voice is rustic yet somber, a real heartbreaker, evocative; live performance so the songs track together, just play them all and weep. 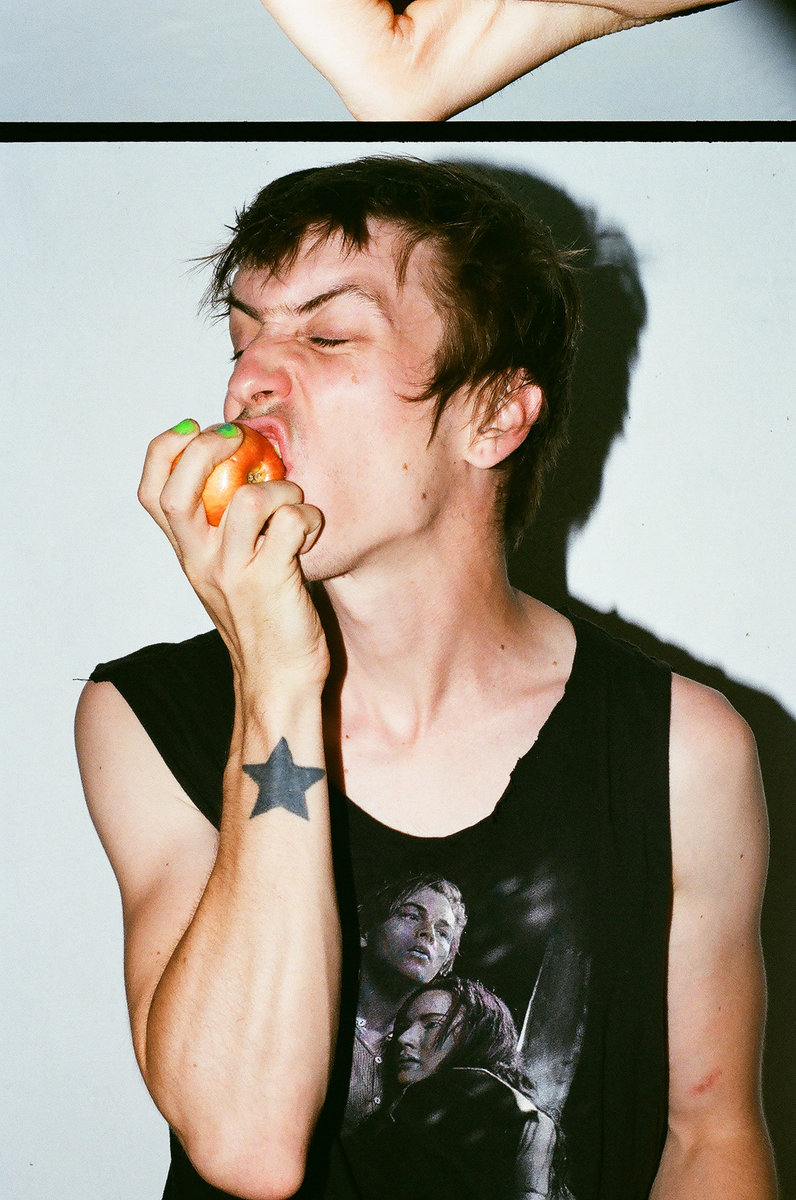 thrashing primitive soul and dance through vocal loops and an antagonistic drum machine, Portland’s Mall Palenske is everywhere in the City of Roses, crashing every experimental show he can with his lopsided frenetic party music. joyous seizures of acid glitch hop that jerks and jumps all over the floor. originally from Michigan then Chicago, Matt’s been jamming PDX since 2013 and seems to have endless shows on the circuit. shake, rattle and roll 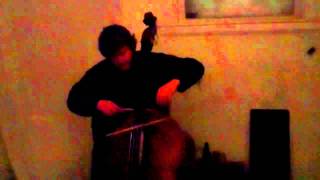 Seattle’s Andrew Scott Young is creeping up to be a heavy hitter in the free improv experimental world, hitting the scene playing alongside Weasel Walter’s ‘American Free’ release in 2009 and steadily giggin around the country since. here we have a 2013 release that strays from his usual extended technique free-scrape for some out-of-genre experimentation. the A-side opening with sawed bass string bird calls and spiderleg piano mashing, a tribute to his HS music teacher this feels a sort of new-classical tribal-ritual; blistering reeds sing a windsong with buzzing voices mumbling along and a Himalayan clatter of percussion explodes into a fireworks finale. the B-side plays around electronics, squelchy circuit beats with a parent’s garage sort of lo-fi feel in an 80s action flick aesthetic. the title track seems to have lost the beat and got fixed on a groove skipping about a bit before catching the glitch again. not enough recorded works yet but definitely a name to keep an eye out for. 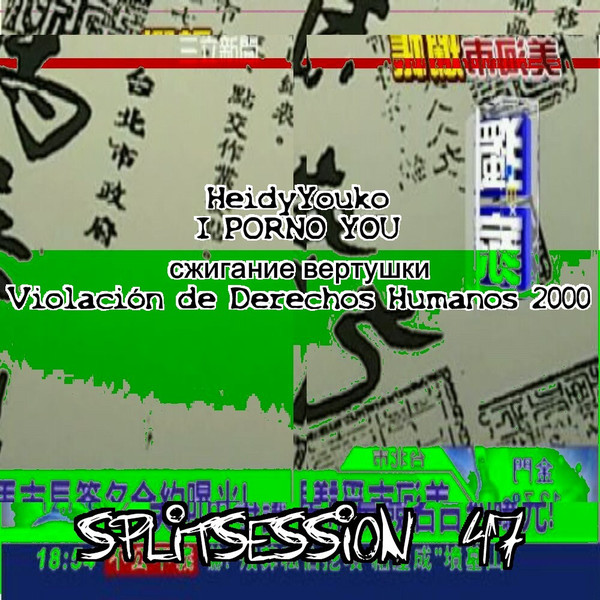 malevolant 4 way split session of mischievous nonsense makers from round the globe on hyperactive German SHITnoise label. HeidyYouko from Japan a gender stretching penis jiggler of muffled mumbling mambo beat smashing. from Ecuador I PORNO YOU aka herector espermatozombie opens with delinquent street yammering that erupts into hacked and mangled breakcore terror. the mysterious cyrillic translates to burning pinwheel, a duo of Henry C. Rial from Pennsylvania and Bee Spit from Minnesota: an overblown wall of grinding gray static. the final track from another mysterious group from who knows where with countless aliases including Asshawl, Flowerdiva and Transbreak Girlcore Queerbass brings one grueling long slab of minimal power electronics full of distant clatter and bang drowning in its own murky muck. all tracks pleasantly disruptive in their own way and a splendid introduction to this worthless label full of too many worthless releases. 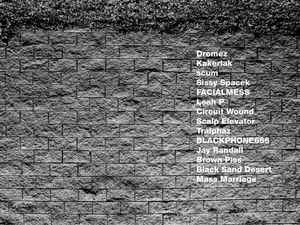 the best in fuck-all-music harsh noise screeching electronics dark drone drivel safari guided by Oxen headmaster Matt Purse aka Fenian collecting garbage collectors from around the globe: FACIALMESS and BLACKPHONE666 from Japan, or Dromez from Ohio, KAKERLAK from Oregon, Black Sand Desert and Leah P from LA, etc, etc… cracked cut-ups, feral feedback foaming, hateful horror hardwares… for the self-loathing in all of us, music to murder listeners to. 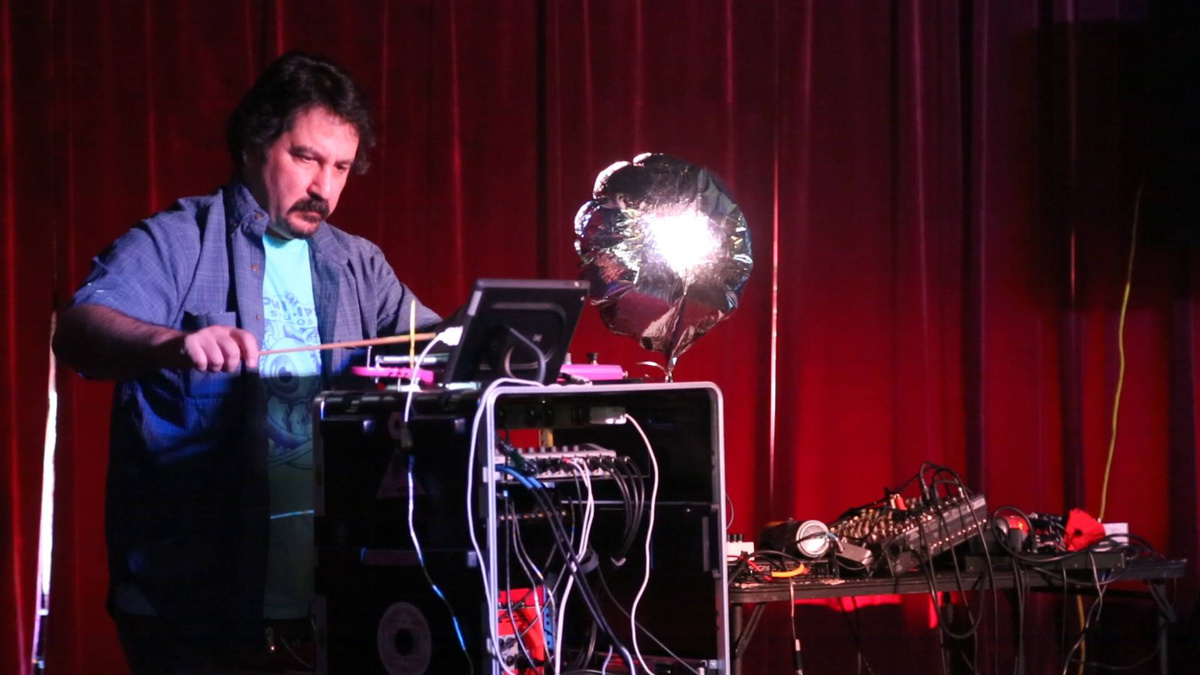 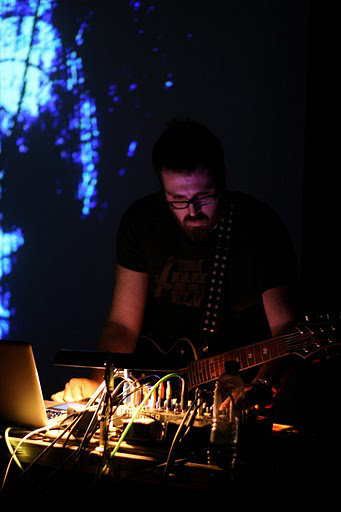 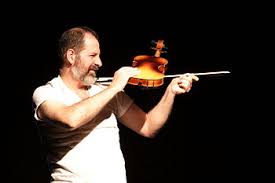 composer, sound artist, musicologist: Luciano Chessa is a highly prolific figure in the avant-garde / modern classical / experimental sound world grossly underrepresented in our library for the fact that he has been active for decades and is based out of the Bay Area. anyways, what we have here is a collection of compositions ranging from 1987 to 2013 covering a huge expanse of compositional styles and formats:

-the first piece (1-4) a percussion-piano duet reinterpreting Pier Paolo Pasolini’s final unfinished novel, an examination of gender politics and identity psychology.
-the second piece (5-8) a selection of free compositions commissioned by the Bologna Conservatory where he studied in the 90s set to vocals performed by Chessa himself and controversially incorporating his popular music influences resulting in a more playful, almost catchy delivery.
-the third piece (9-11) a string quartet commissioned by and dedicated to a couple for their wedding tells the story of Italy’s most prominent post-WWII luthier.
-track 12 is a piece for solo guitar/voice, based on a poem about Amadou Diallo, a Guinean immigrant murdered by NYC police officers in 1999. this piece, he explains, carries a nihilistic tone resulting in a “painful overdose of silence.”
-the fifth piece (13-15) is a series of “salon dances”, piano compositions for four hands that involve intersections of actionism outlined thoroughly in the liner notes”
-the final two pieces are a repurposing of earlier compositions for solo violin requiring the performer to wear two green “jingle-bells” bracelets.

the compositions contained here are serene, cerebral, provoking, challenging, surprising, playful… a wonderful sampling of Chessa influential compositional styles and a wonderful introduction to his work. 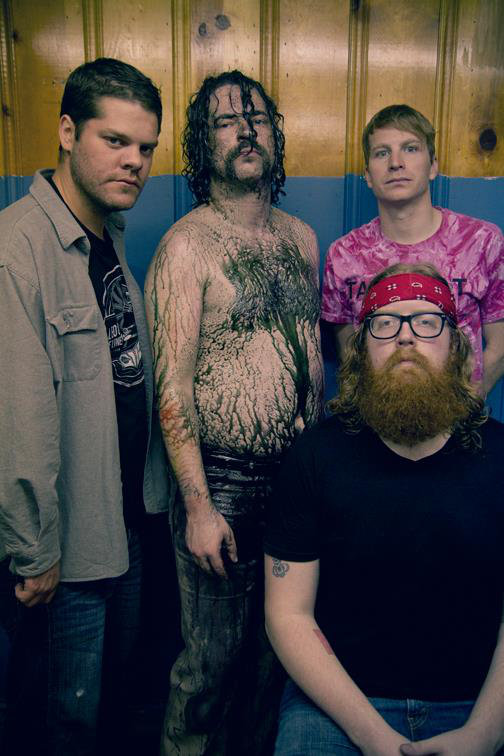 yet another example of how shit towns make shit music in the best kind of way: Reno noise-rockers bask in the squalor and trash that their hometown so proudly sweeps under the carpet; after the viral opening, dying piano keys and all, they kick you in the teeth with a good ol’ Bone Voyage. the ceaseless punk-tinged ruckus that ensues chews on the obscene inhumanity that the names’ theme suggests, pushing masculinity to the point of parody. their bandcamp tags definitely touch on some relevant motifs: bleached bones, cadillacs, cannabis, canyons, death, decomposition, hardcore, horses, minimal, motorcycles… side A closing track seems like a sorta anthem to the Nevada wasteland they’re doomed to wither away, the B side packs some sludge, some Dead C sorta drone noise, and a long-drawn teetering dirge to close it all. real rollicking rock and roll music for those that don’t pull punches 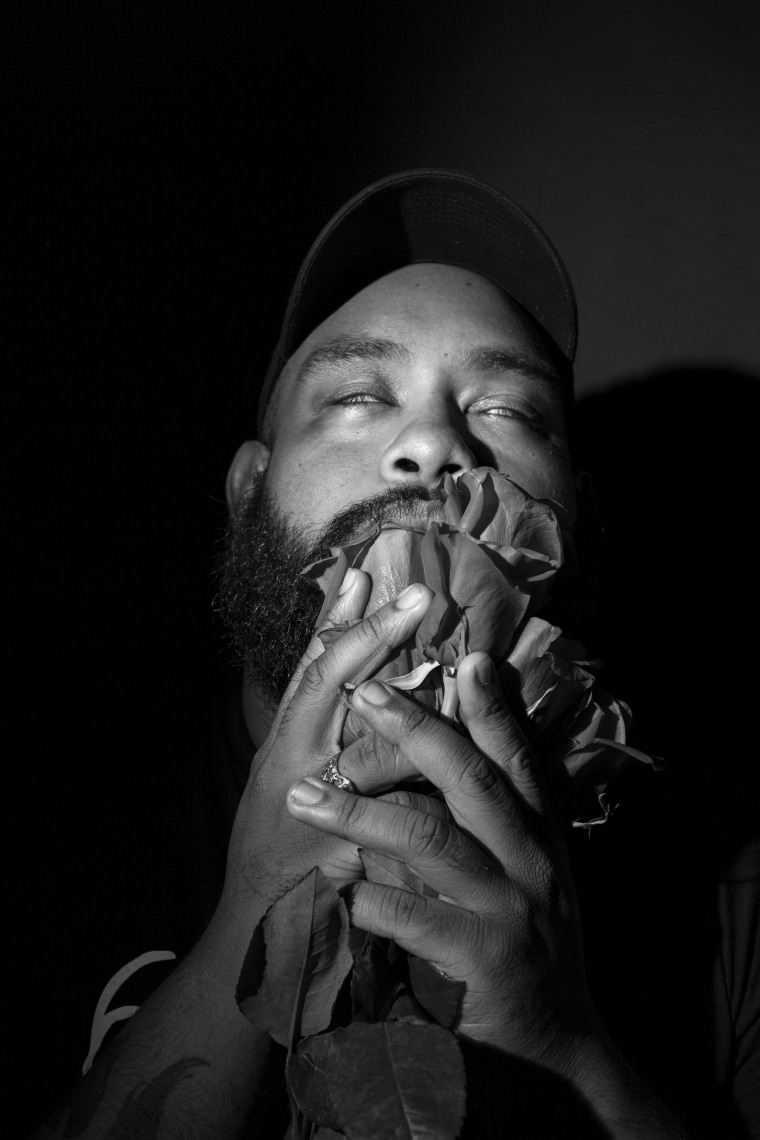 newest EP release from LA-based rapper with south-bay roots; this is some real Bay Shit to an almost ironic extent: bingeing on local crunk/trap genre tropes in a hedonistic self-loathing purge. the lyrical content leans tongue-stuffed-cheek like the sex-obsessed 16 year old he always will be gettin loose in the club. his punk/hardcore background shows in the humor, with an i-don’t-give-a-fuck delivery, equally juvenile as it is critical while constantly maintaining personal elucidation. apparently he spent the past five years in isolation writing/recording this; i’d hate the world too. 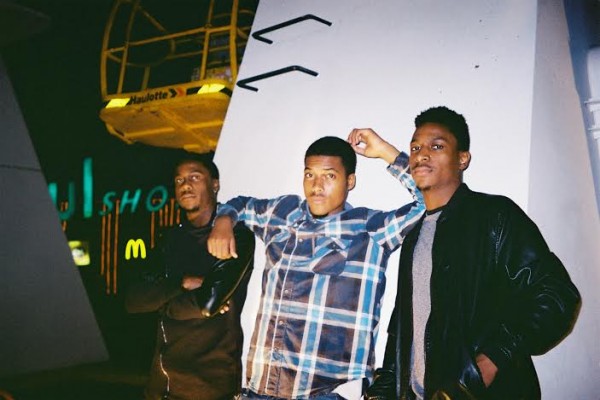 based out of Lisbon, the Principe Discos label has been pushing electronic music from the city and its suburbs internationally for the past 5 years or so, focusing on African influenced sounds and releasing their vinyl with individual hand-painted stencils; BNM is no exception.

dense off-kilter tribal rhythms of afro-portuguese derivatives (Funana and Kuduru amongst others, drawing from Cape Verde and Angola) with hints of Batida, a more locally sourced fidgety/frenetic style (the fruity cachaca cocktail from Brazil is equally relevant). 3 producers: 2 brothers in their early 20s, DJ Kolt and DJ Noronha, and the 17-year-old DJ Perigoso. some more emotive harmonies in the mix, even an insurgent house repetition amidst the step, but mostly pure jungle music (not in the breakbeat sense, but in the environmental sense).

dance so hard you get dizzy 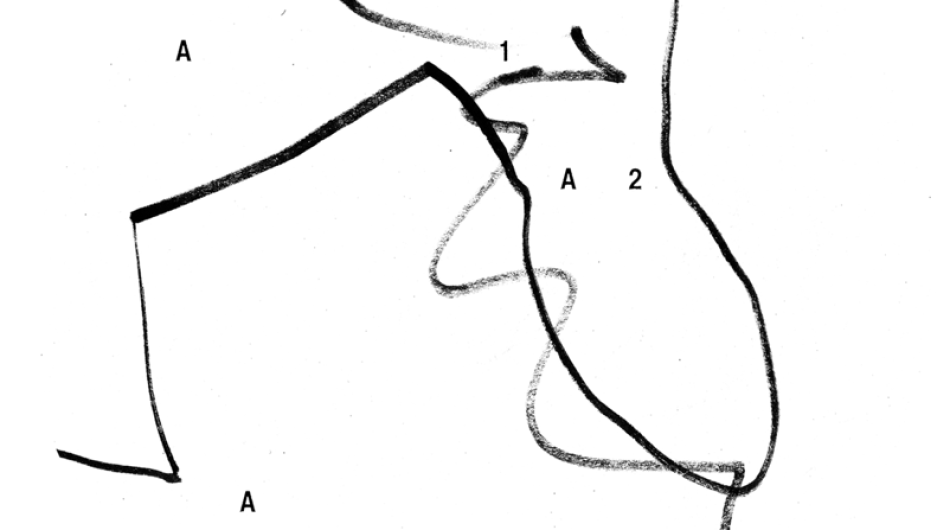 Metrist – “This Is For Sore Is Just There” – [Black Opal] 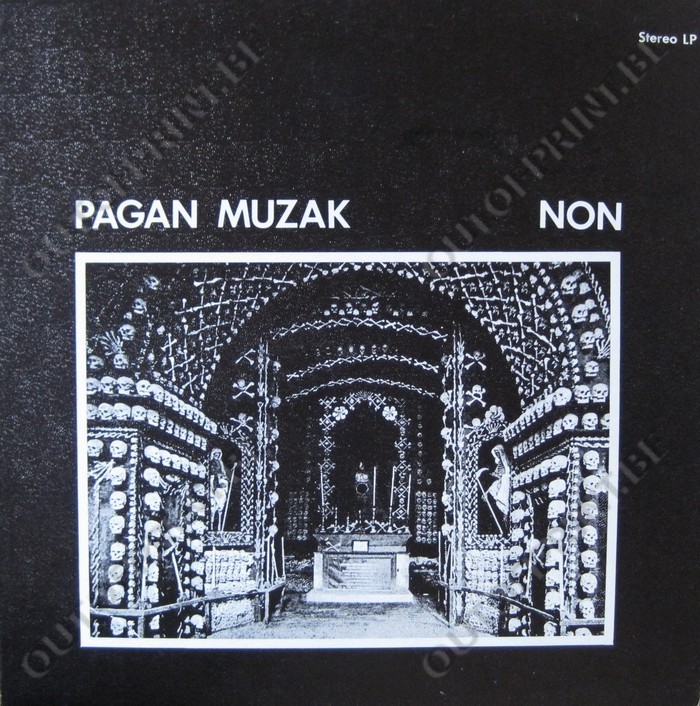 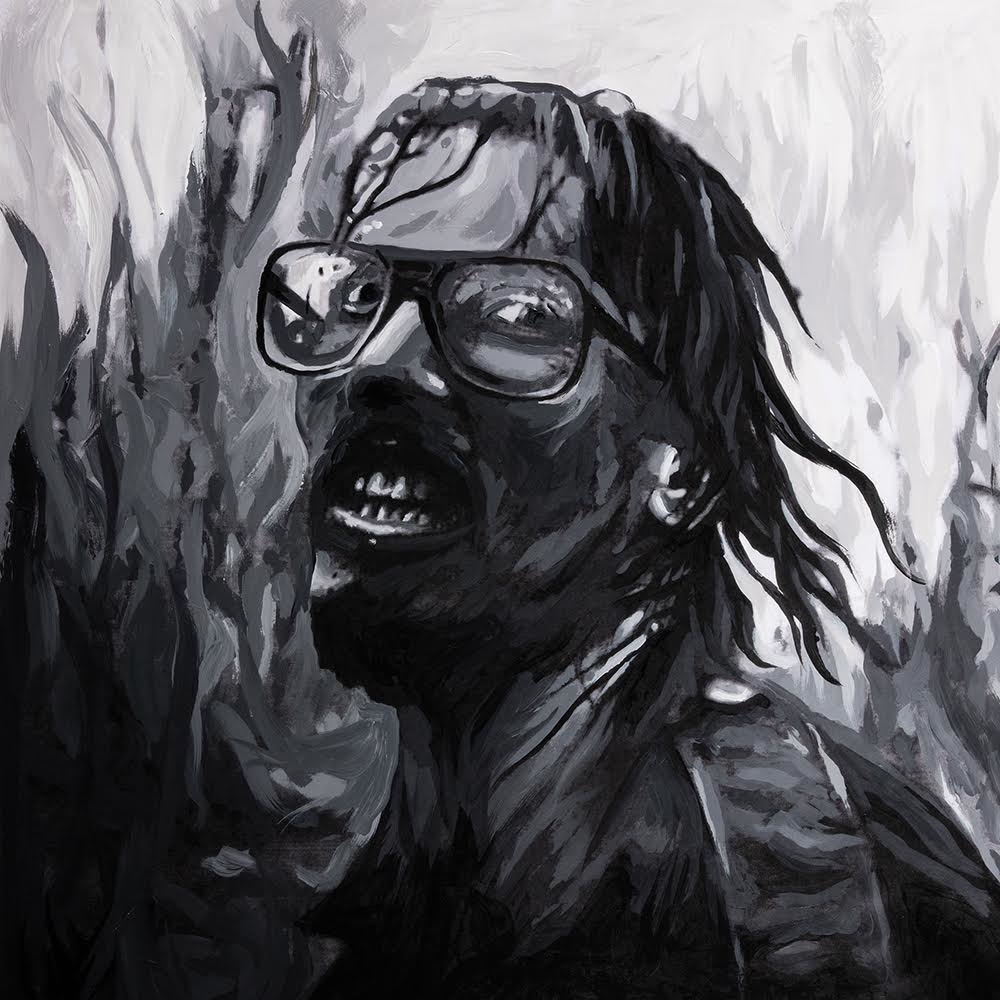 rank-stink cheese-grade horror movie soundtrack for COVEN (pronounced like woven not like oven) the legendary failed 1997 short film by Mark Borchardt (see: American Movie). the worst kind of pre-packaged cheap keyboard library music with hilariously creepy bone-chilling interludes. reviewers try to lure you with words like “ominous”, “dilapidated”, and “stark” but don’t be fooled, this shining example of creativity gone wrong is the most satisfying disappointment you’ll ever force yourself (and your listeners) to suffer through. perfect on any playlist and essential for our bulging library of blow-hard overpriced horror movie soundtracks. suck it Death Waltz 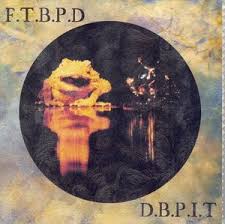 double mini CD release from Feine Trinkers Bei Pinkels Daheim out of Germany and Der Bekannte Post Industrielle Trompeter from Italy. the trumpeteer plays the toad side: a number of short tracks carrying juvenile delinquent flatrumpence with sci-fi lullaby calypso grooves and twisted future jazz industrial breakdown. the trinkers play the bug side: one long track of warped mash into factory-grade steel drone drifting gently through the void carrying echoes of voices and melody trailing behind, monastic memories and creeping carefully to the forefront. haunting oddities for sleepless nights 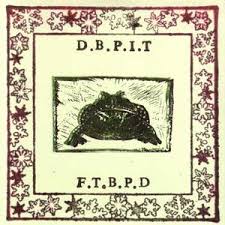 experimental post-industrial split between Flavio Rivabella aka DBPIT out of Italy and German duo FTBPD. Flavio has been active since the early 2000s and contrary to name, not particularly well-known despite his huge output and collaborations, having worked with Mushroom’s Patience and others. his side is a warped sleepytime hallucination with echoing trumpet carrying us along, an alien ambient soundscape. FTBPD roughly translates to “the dope drinkers at home” or something… active since the mid-90s and quite a bit active, with extensive touring around Europe. their side starts off significantly more abstract and absent, post-classical drone emanating out of a dank sewer-ambiance, until we creeper deeper down the tunnels and find a rhythmic-concrete ritual grooving by candlelight on the inside that devolves into a non-locked loop fading away. beautiful aural oddities to waste away the day 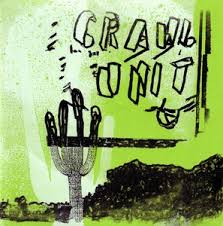 second pressing of live performance from Crawl Unit’s only tour played at Big Storage in Tucson, a relic from a criminally underrepresented sound artist. distant wavering tones on the hazy horizon, sparse industrial tinkering litters the foreground, the scattered detritus flickers in the hot desert sun. the B-side has more of a looped rhythmic feel. stroke delusions