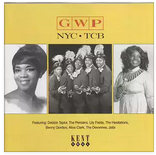 GWP = Gerard “Jerry” W. Purcell a [white] “colorful New York music business man who used the best back music talent to produce fabulous soul sounds for his GWP label”. In addition to his record label, he was a TV, concert and music producer, songwriter and artist manager (he managed Al Hirt, Nancy Wilcox, Eddy Arnold and Hugo Montenegro). These 24 tracks were recorded between 1969 and 1970 for one of these 3 labels: GWP, NYC or TCB. Some of these artists did a number of recordings but none became big stars. AArbor

Nickodemus [Nick DeSimone], who runs Brooklyn’s Wonderwheel label, is a very accomplished club DJ who knows and has DJ’ed with some of the world’s best DJs and musicians. This is his 2nd album from 2009. He collaborates with people from all over the world to create a lovely variety of sounds and ethnicities which showcase his work beautifully. Quantic (with whom he produced the well-known Mi Swing Es Tropical) appears as co-producer on tracks 3 and 8. You go from Africa [1], to Baltic flavored [2], to Cuba [3], to Jamaica [4], to bellydance [5], Arabic dub [6], gypsy instruments/NY beats [7], South Asian/Latin [8], Brazil [9], Puerto Rico [10], Arabic beats [11] and African vocals [12]. AArbor 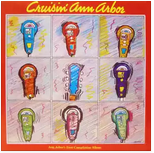 From what was billed as “Ann Arbor’s First Compilation Album” this 1982 release by the Ann Arbor Music Project is a compilation of bands from lovely Ann Arbor, MI. Note that our own Dan Gunning was on the stage crew for the events on September 15-18, 1982 at Joe’s Star Lounge, at which this was recorded. This was an attempt to put Ann Arbor which had earlier spawned Bob Seger, Iggy Pop, the MC 5, Commander Cody, the MC5, Destroy All Monsters and the Silvertones, back on the “musical map”. Roger Miller’s brothers Ben and Larry (Laurence) show up here as “Non-Fiction” playing Larry’s song “Walkie Talkie”. In 1982 they had already recorded as a part of Destroy All Monsters. Some very fine up and coming bands. It’s a good variety of bands and music. AArbor 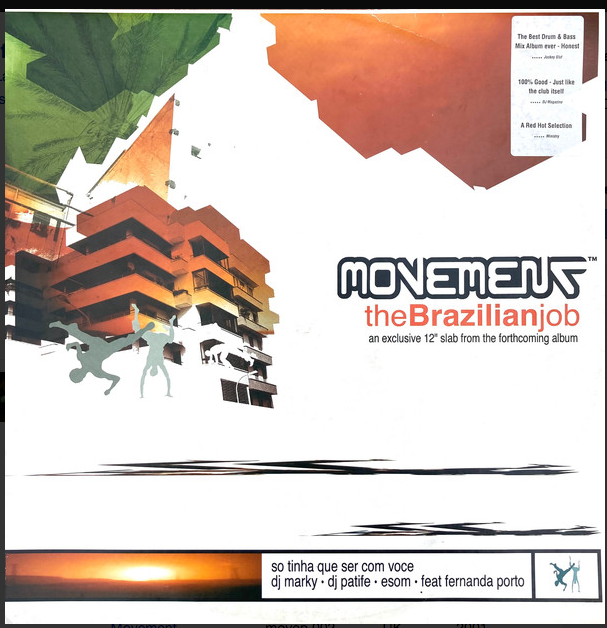 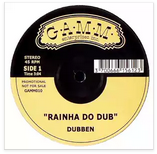 Three very dancey latin tracks here remixed by Dubben (who may be from Sweden):

A. Rainha Do Dub [pron. Rayna-ya doh dub] 3:04 the original is called “Nereci” which can be found on the album called “Djavan”.

B1 Cuba Cabana Strand 4:10 the orginal is called “Take Me Back to Piaui” from a single by Juca Chaves. 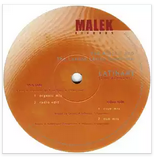 This is Kad Achouri’s very first record release from 1999. It’s a dancey latin tune with 3 re-edits. Achouri who is of Algerian-Spanish ancestry, was born in France and has lived in Barcelona before settling in London. His friendship with Natacha Atlas boosted his career when she recorded 3 of his songs for a 2001 album. AArbor 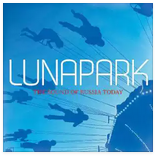 Relatively little new alternative rock and pop from Russia has made it over the collapsed Iron Curtain. Here’s a collection whose intention is to introduce us (in the West) to the up and coming musicians and music from all over the former Soviet Union. In fact the Eastblok does this for music and musicians all over the “New East”. Think of what’s here as a “vodka-fueled, polka-driven Russian Sound”. Check out these bands, read about them in the CD booklet, check out their websites. The lyrics are mostly in Russian, the styles vary from rock, to electro punk, to rap, to social criticism, soulful ballads to electronic. There’s plenty of talent that we don’t know about in the New East! AArbor 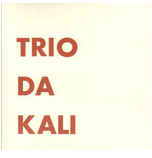 Trio Da Kali are from Mali in West Africa. They come from illustrious musical ‘griot‘ families which makes them “hereditary musicians” – very clear from their excellent playing and musicianship. Da Kali means ‘to give a pledge’. In this case the pledge is to a musical heritage that dates back to the early 13th century. The line up of balafon (a xylophone) bass ngoni (a lute) and female singer is also based on ancient tradition, although these days it’s an endangered tradition. This is their first recording from 2015. Their subsequent recordings were all done in collaboration with the Kronos Quartet. These 3 are arguably the best of the up-and-coming generation of musicians in this tradition. The first track is unaccompanied vocal and the rest have instrumental accompaniment. AArbor 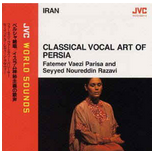 Poetry is very important in Iran. Between the 10th and 15th centuries a succession of important poets from Iran made poetry the national art of Iran. The most frequently sung lyrics come from Iranian poetry. Here we have poems by Rumi and Hafez, who were strongly influenced by the Sufi tradition of Islamic mysticism, set to music. It is a poetry which is both religious and sensual. Passionate love for God and longing for union with God is represented metaphorically by the desperate passion of a man for a woman of incomparable beauty. There are 4 long-ish tracks, each from a different composer. AArbor 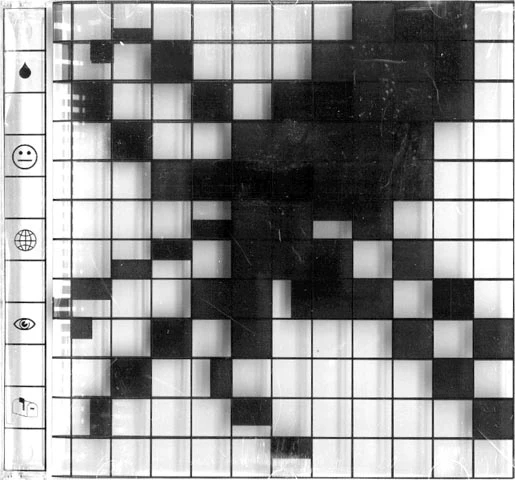 Octopus Inc. is Noah Sasso of Chicago. This is his very first release from 1999. He’s definitely playing with sound here. The music is either gentle, subtle or sustained, then sometimes crunchy or chunky. He plays rough against smooth, metallic beats with a smooth melody. Or sometimes [as in track 5] squitchy liquid beats. Sasso is still creating and releasing records under several aliases. AArbor 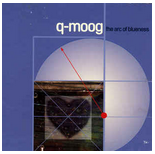 Q-Moog is Roy Parker who was born in Brooklyn and relocated to the Detroit suburbs at age 12 when his mother died. There he was influenced by the music and musicians he found there. This is his first full length release from 1997. Some have described it as “leftfield” I would call it experimental – in a good way. He’s playing with contrasting sounds like crisp or sharp beats paired with amorphous sustained sounds. For me the standout track is Angela [7] which has lovely warm strings with beats. He took a break from the music industry and has re-emerged in recent years with new tracks and releases. Definitely a guy to listen to and to watch. AArbor 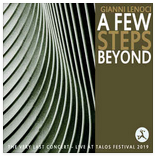 Gianni Lenoci was an Italian jazz pianist, composer and educator who departed this life in 2019 at the age of 56. This (posthumous) album was released this year. It’s a live concert at the Talos Festival September 4, 2019 – his last concert, he died later that month. Here he’s a jazz pianist playing other people’s work. It’s an Ornette Coleman sandwich, with Jerome Kern, Paul and Carla Bley, and Gordon Jenkins as the creators of the sandwich innards. Classical themes sublimated in noir semidarkness, meditative glimpses, unexpected diversions. AArbor

José Enrique “Chelique” Sarabia is a Venezuelan poet, musician, publicist, and television producer. He has written more than 1000 songs. In 1971, he recorded an album of traditional and folkloric songs but gave them a modern touch, using specially developed electronic equipment. Chelique took traditional Venezuelan instruments like the cuatro and the bandola llanera, filtered them through oscillators, playing with feedback, tape delay, synthesized frequencies, echoing sounds. The result was this album. Originally, the album was sponsored by the Shell Company in Venezuela, given away to customers, employees, and friends of the company as a Christmas gift in 1973. It was called 4 Phases of Four – Venezuelan Music Electronically Developed by Chelique Sarabia. Once the exclusivity period with Shell was over, Chelique did a commercial release, this time using the current name which translates to The Electronic Revolution in Venezuelan Music. As a result, Chelique and his team were considered electronic music pioneers in Latin America. This album is a classic, some would say it’s ahead of its time, even today. [Tracks to check out: 2,5,9,10, 11, 12] AArbor 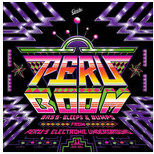 Compiled by DJ Chakruna, this is an introduction to the movers and shakers of Lima’s tropical bass scene who are taking traditional folk music and cumbia into more modern dance styles like dubstep, techno, grime, house and electronica. Lima is where the Andean, African and European cltures meet, and that shows up in the music. These artists often use old rhythms and melodies, splicing and cutting up original tracks then adding in new electronic textures and beats. Chakruna’s ‘Sonido Chichero’ [12] is probably the standout track, but there are plenty of other worthy tracks [4,5,10,13,14,16] Enjoy! AArbor

Another project/persona of Laurence Miller is Larynx Zillion’s Novelty Shop. Here’s how one critic described it: “Mozart meets Beefheart and starts a theatre punk band.” Adam & The Ant’s glam-slam punk pop LP, “Kings of the Wild Frontier” was definitely an influence according to Miller.  Other influences from his past: The poly-rhythms of Charles Ives, the maniacal ravings of The Crazy World of Arthur Brown, Captain Beefheart’s free-flow rhythms, Cheap Trick’s power pop, Killing Joke’s primal perspectives, and Frank Zappa’s unorthodox approach to music and Rock ‘n Roll parody. AArbor 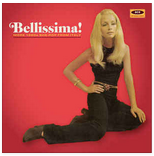 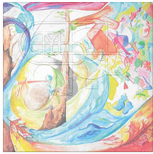 Empool – "DOES Do Did Done" – [Feeding Tube Records]

Empool is Ann Arbor’s Miller brothers: twins Laurence and Ben and older brother Roger (of Birdsongs of the Mesozoic and Mission of Burma). Andre Cynkin plays guitar and farfisa on some tracks and Rick Scott plays acoustic piano on 1 track. These are recordings from 1977 and 1978 written by Laurence and released by Feeding Tube Records in 2018. The band improvised over pre-recorded background tapes which one of the brothers created using sound on sound analog recording equipment. Ben and Laurence evolved from Empool into members of Destroy All Monsters (another Ann Arbor band) in 1977. They have since recorded another album as Empool in recent years and are now looking for a label. Many thanks to Laurence Miller for donating this record to KFJC! AArbor

John Mayall's Bluesbreakers – "Diary of a Band, The" – [Decca]

The subtitle is “Selected highspots from sixty hours of Bluesbreakers club recordings 1967” Since the Bluesbreakers excelled live on stage Decca wanted to capture live performances. Mayall was against having recording engineers at their performances feeling that it would be too much of a strain for the band. He took a portable reel to reel tape machine to their live performances in the UK, Holland and Ireland during November and December 1967; recording each performance. Volume One showcases the band playing as well as the camaraderie between the musicians. Catch the humorous speech following Blood on the Night [1] and the insistence by a venue manager in Northern Ireland that the band play God Save the Queen [6] and their performance of it. Volume Two includes banter[6] between Chris Mercer and Keef Hartley during his drum solo and [3] a joke at the expense of Keith Tillman. AArbor 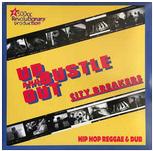 An unusual album from Up, Bustle and Out in that it focuses on Reggae, Dub with some Hip Hop as well. In addition to the usual Up, Bustle and Out beats, cuts, scratches and keyboards, the sound is musically even more diverse: flamenco guitar, a Jamaican DJ, trumpets, darbukas, even a Talkin’ Tabla dub featuring Nitin Sawhney. The lyrics are rife with revolution and dissent. Enjoy! AArbor 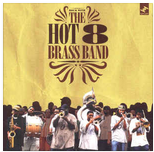 The Hot 8 Brass Band is from New Orleans. It’s a 20 year old band forged from 2 separate groups who all went to Fortier High School: the High Steppers and the Looney Tunes Brass Band. Sadly 4 of the original members are gone due to illness and street violence. Hurricane Katrina displaced band members as well. The Hot 8’s funk style is a blend of influences from the Dirty Dozen and Rebirth brass bands, with more elements of contemporary R&B, Rap and its local variation called “Bounce”. The Hot 8 have been featured in 2 Spike Lee documentaries. This release from 2007, the band’s first on Tru Thoughts, includes many of the original members. Enjoy! AArbor