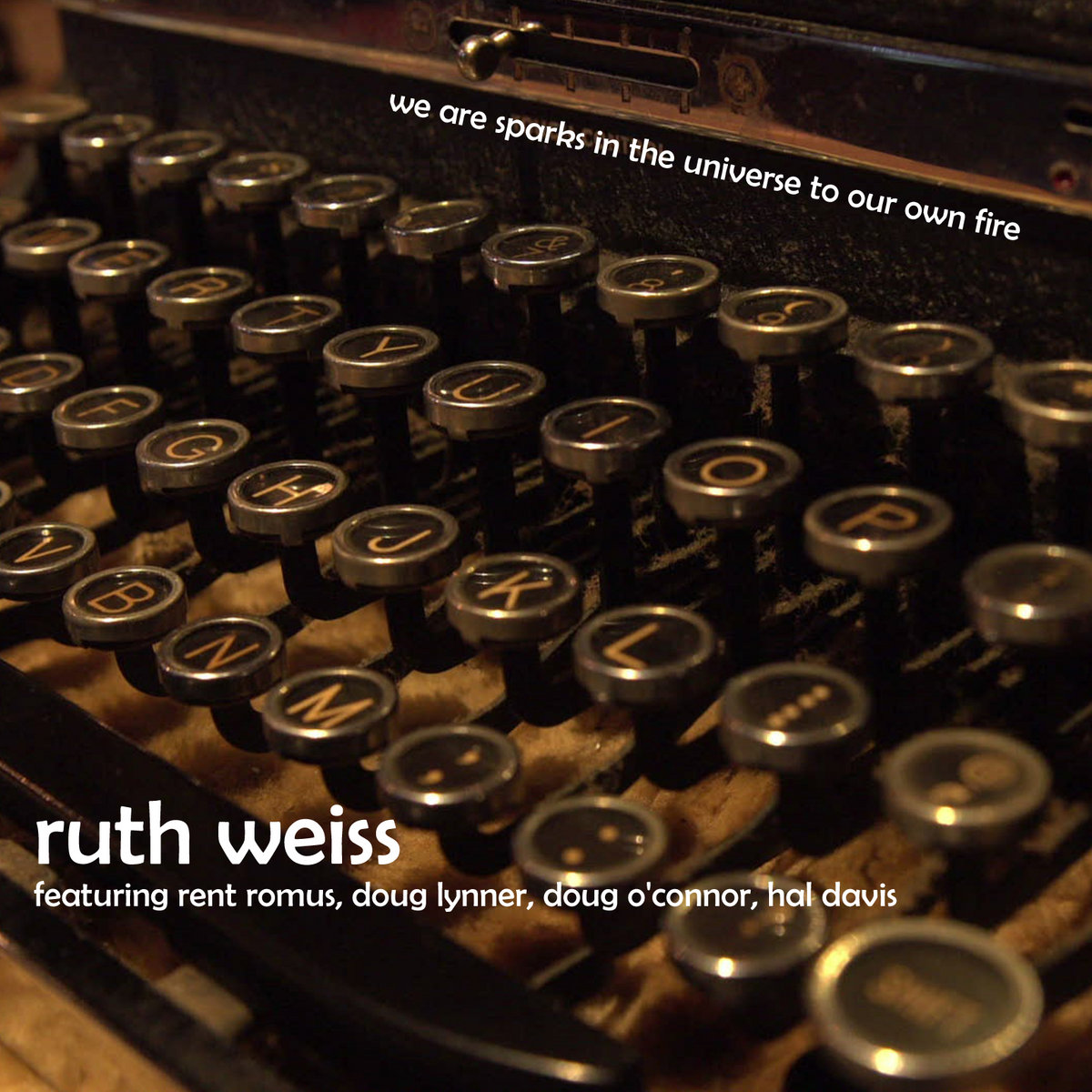 weiss, ruth – “We Are Sparks In The Universe to Our Own Fire” – [Edgetone Records]

Absolutely amazing record off Rent Romus’ Edgetone Record label released last year after the passing of word shaman and beat poet goddess ruth weiss. In the late 1940s Chicago, weiss was one of the first to recite her poetry to jazz music, a tradition she brought with her when she moved to San Francisco. This inspired the then-unknown “beat” generation writers to do the same. Although she was incredibly inspirational, she (quite sadly) never gained the notoriety she deserved (Ferlinghetti himself at one point even refused to publish her b/c she was a woman). Despite the discrimination she faced throughout her career, weiss’ dedication to her craft remained unwavering.

This release is 9 poems performed in two sets. The first with Doug Lynner on synth and Hal Davis on the wooden log, and the second with Rent Romus on saxes and flutes, Doug O’Conner on double bass, with Hal David returning on the wooden log. As natural as her voice sounds to the more traditional jazz music sounds, I am drawn to her voice contrasted with the electronic/log music, at least for this record. Because she was getting up there in age, her voice has a very jazzy/smoky quality that was very obviously her instrument, and her handle of it is pure art.

There will never be another poet quite like ruth weiss.