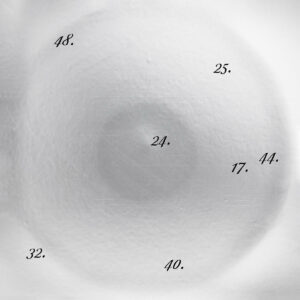 This Illinois hardcore-math-punk band was around throughout most of the 1990’s, unbeknownst to me. Here is the 25th anniversary deluxe 2-LP reissue of their ‘Discipline Through Sound’ album and it’s surprisingly great. Record 1 is the original LP, recorded by Steve Albini so you know it’s going to be satisfyingly loud and sharp. Record 2 contains demos of the songs and some outtakes, and tracks from a split EP they did with Oxes. Solid playing throughout. One of my first impressions was that Big’n sounded a bit like US Maple would sound if you owed them money and they came to your house and slapped you around. Then I found out the guitarist is USM vocalist Al Johnson’s brother. So there’s that. Speaking of vocalists, the singer in this band is the epitome of full-tilt throat-wrecking mayhem. These are love songs about doubt and torment and misdirected passion. Add to that some precise, angular guitar, bass, and drums and… man… this thing rocks hard. Super hard. Turn it up!