Released in 2005 on Columbia out of Japan, this is an incredible collection of Japanese psychedelia and garage rock from 1965 to 1971. It’s fun, garagy, funky and full of 1960s psychedelic energy. Think groovy go-go dancers, more so than the “punk” mentioned in the title. Plenty of keys, guitars, and lovely ladies doing vocals on several tracks. There’s even a little Beach Boys-ish harmonizing on a track by Five Candles. Artists include Jackie Yoshikawa and the Blue Comets, Amy Jackson, Jacks, and Flower Travellin’ Band (with apparently their first single). 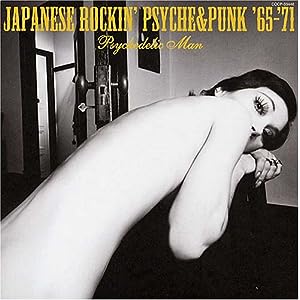 you heard it 74 times on kfjc! most recently: