A summer 2009 LP release by Samara Lubelski, “Future Slip” is a dreamy, wistful ride from the NYC music veteran of Hall of Fame, Tower Recordings, and many other projects. This is her 5th solo release and it was produced by Thurston Moore. Samara has a crispy, whispery singing style that has a tad of the folky retro feel of Vashti Bunyan, a smidgen of the girl-group jangle of Softies-era Rose Melberg, and a hint of a sedated Stereolab. Her breathy, spare vocals combine with piano, Rhodes, guitars, etc. And, as long as we’re mentioning Sonic Youth, this would also fit comfortably alongside some of their quieter and Kim Gordon-voiced pieces. Beautifully breathy psychedelia. 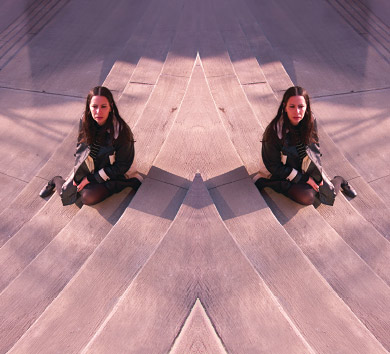