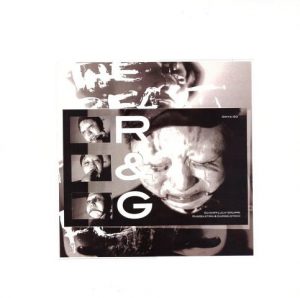 Split 12″ released in 2005, but featuring early works from both artists recorded a decade earlier.

Holy hell! Demonic moans and primal screams. Repeated punches to the face. Emergency whistles. Long periods of silence that only increase the tension before the sheer terror and panic kicks back in. Will leave you nauseated and sweaty.