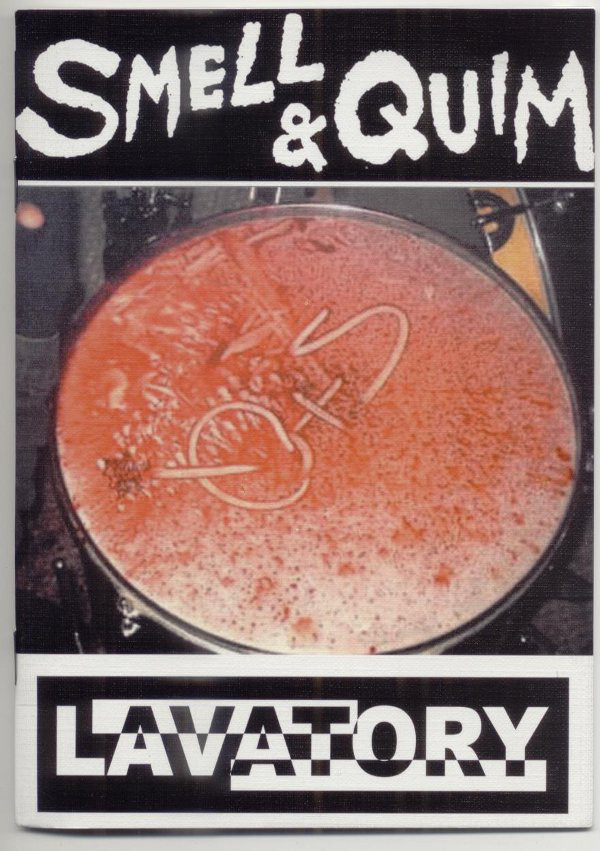 More filthy fun to wallow in on this 2011 CD from the decades-running Leeds, UK noise collective. Abusive rhythms, excruciating demonic screams, persistent ringing squeals, layers of echoed voices and, at the most unexpected times, snatches of hilarious pop music. The assaults are punctuated by quick intervals of ringing bells, dead air, coughs and phlegm, moans from a low-budget porno, and Hitchcock saying the word “cock” over and over again. Through the 11 tracks, S+Q reveal the depraved underworld of the UK – the sex cults (T9), school shooters (T3), and its most beloved serial killers, as on the T4 Sutcliffe tribute and the Hindley and Brady (very friendly) set piece on T5. The album gets stronger as the it tears on, with the heavy, horrifying dance track “In The Brown Girl’s Ring Piece” (T9), the looping insanity of “Fishy Flirting,” and final sneering onslaught “Sniff Your Fucking Pee Pee” (T11). Totally offensive, disgusting and hilarious, like some of KFJC’s best programming. Not appropriate for any time ever, but you might get away with a daytime play if it’s not T1 T2, T3, T5, T6, T9, T10, T11, all FCCs.