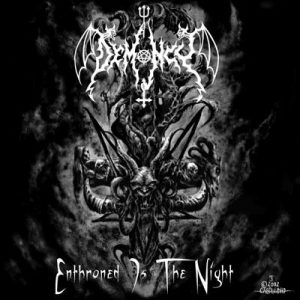 Slithering forth from the accursed swamps of the Deep South, Demoncy was one of the earliest American acts in Orthodox Black Metal, formed in 1989 by core member Ixithra, who also played with the legendary Profanatica for a time (he was the one guy wearing shorts in their infamous “dicks out for Satan” promo photo). This is his 4th full-length album, released in 2012 after 8 years of silence, and recorded without assistance from any other musician.

Ixithra seems to be pretty serious about the spiritual dimension of this Satanic music and in this there is perhaps a kinship to early Black Funeral, another foundational USBM monster. The artist does not so much play here as practice, because at its dark heart this is ecstatic ritual music for the devoted. He’s based on the West Coast these days, so go see him with his live band if you don’t believe me.