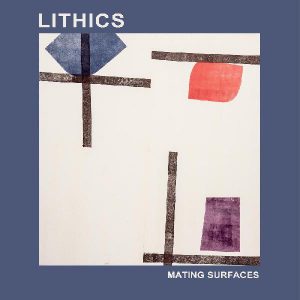 Portland Oregon four piece deliver the first full
length, picking up where their “Borrowed Floors” EP
left off. Angular anger, packed in little brittle
post-punk cuts. A weird blend of panic and calm,
especially in the husky numeric singing of Aubrey
Hornor. Her guitar combined with Mason Crumley’s
spark up a kind of minimal take on Television.
Mostly barre-chord-free, “Still Forms” has a sleazy
breeze to it, half chords on the half shell. Is it
their accidental take on reggae? “Boyce” closes side
A with a sort of slow police siren guitar interplay.
“Cheryl” is a steady song of unsteadiness, sounds
as if Aubrey’s singing “I’m not sure…I’m not sure.”
Vocal repetition and tight riffs chase themselves a lot.
Most of the album though builds energy when bassist
Bob Desaulniers can get a little more involved, and
drummer Wiley Hickson can pick up the pace. Songs
like “Edible Door” (!!) and “Excuse Generator” hit
like tiny TIA’s. With lyrics that saw your corpus callosum
in half, they feel like they are left over from a redacted
diary. But your knees are still working…old punk
dancing guy. That last track has a nice bizarro break,
beat poet with noisy improv.