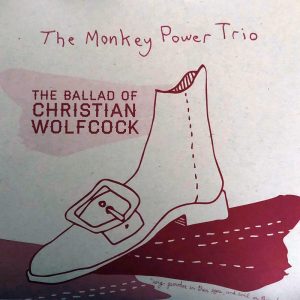 MPT have their way with the expanded 10″ format this time. The five-member trio is back with recordings they laid down in 2014 and 2015 –OK, so things don’t move terribly swiftly in The Land of MPT– and it is one of their best releases in a while. If “Left Behind” was MPT’s “Exile on Main Street”, and I think we can all agree that it was, then this new one is their “Let it Bleed.” One surprising song style after another, yet it all hangs together somehow. Highlights for me: “Gordon Muir, Time Traveler” must be heard to be believed. Remember “Kraken” from a few years ago, with its grinding guitars and weird falsetto vox? Well, this is its geeky cousin. “Deadhand Button” is an uptempo, knee-slappin’ little ditty about nuclear holocaust. The drugged-out funk of “Black Wig” moves nicely into “Under the River”, a country-ish strum-along reminiscent of the Glimmer Twins after several too many bottles of wine. “Hello Cleveland” ends the record and this song is so pretty it would have been at home on “eMPTy”, the band’s prettiest record to date. Even the weird (w)rapping toward the end can’t derail this one. We never do find out who Christian Wolfcock is, by the way. I give this record four and a half fingers, maybe five.