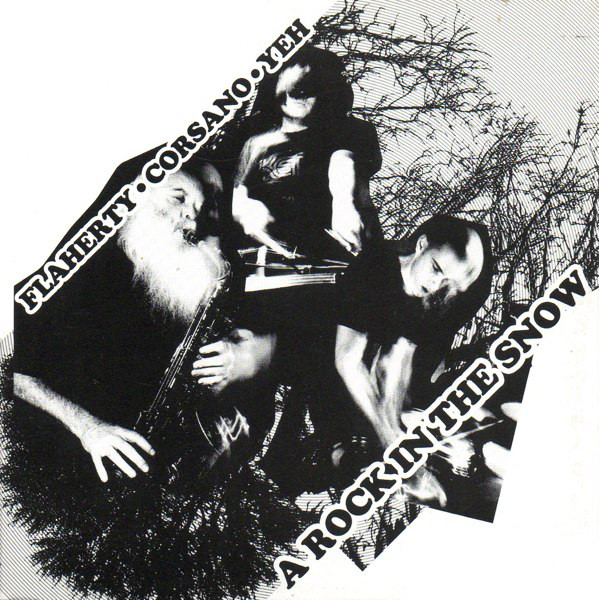 Live recordings from 2004 from avant saxophonist Paul Flaherty, drummer Chris Corsano, and C. Spencer Yeh aka Burning Star Core. Flaherty and Corsano had been developing their high energy free jams as the Flaherty/Corsano Duo for years before these sessions, and here Yeh adds violin and vocals to the mix. Yeh’s distorted playing moves in parallel with Flaherty’s white hot saxophone solos, like a form and its fuzzy shadow that follows along until it suddenly finds a life of its own. At times Yeh escalates the intensity into some Flynt-style fiddling freakouts. Corsano’s drumming is, as always, a total pleasure to hear – thoroughly precise and powerful, but still free, artful, brilliant. When he steps away from the action in the middle of T2 and T4, it feels like being in the eye of a storm. Yeh’s vocal stylings – from his throat-scraping utterances in T2, crazed yelps in T4, and last dying gasps in the final aftermath of “Swamp-Like Heartache” – add another weird dimension to the tracks. I’ll stop now and refer you to the much more entertaining track-by-track liner notes from Johnny Coorz, aka John Olson, who got to know the trio well when they toured with Wolf Eyes (and Prurient, damn… and that probably explains the title of T2) in 2005.