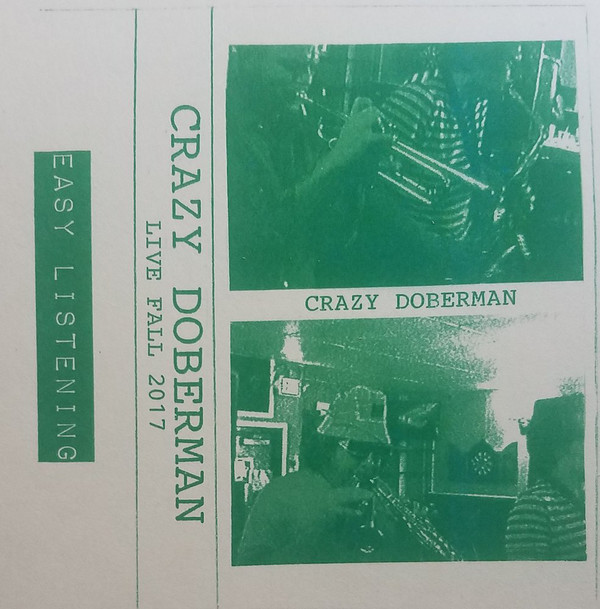 Inzane Indiana trio of Drew Davis, Tim Gick, and John Olson of Wolf Eyes. This cassette collects recordings of live sets from around the Midwest during the Fall 2017. The first two tracks on Side A are slow burning, late night jams recorded at some dude’s apartment. Droning horns, temple chimes, and what sounds like a harmonium give these tracks a heavy, ritualistic feel. The next two tracks are live recordings from one of Olson’s infamous Psy Jazz nights at Trixie’s bar in Detroit. The first is a thick, twisted throng of brass sounds (T3) while in the second, deep electronic drones and distorted recordings of chanting provide the backdrop for the horns in the foreground (T4). The final track was recorded (secretly?) in the Japanese gardens of Michigan State University, with the chanting voices and echoing sax rising again from the dark mists of Lansing. Now That’s What I Call Psy Jazz!