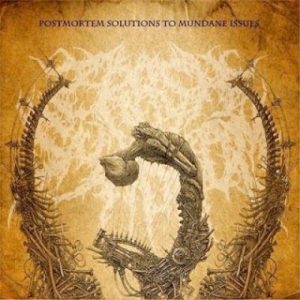 C.R.A.S.H. Syndrome (AKA M.A.S.A. syndrome) is a rare X-chromosome-linked recessive neurological disorder, characterized by Corpus callosum hypoplasia, Retardation, Adducted thumbs, Spastic paraplegia, and Hydrocephalus. To the lay-observer, the condition would likely seem a case merely of R., and that’s what they call a synecdoche.

Crash Syndrom, meanwhile, is a Japanese Grindcore band with two members (I hear they recently added a chick bassist, but anyhow it’s just two guys on this CD). Their drummer is Japanese and their vocalist/guitarist seems to be an immigrant of Ukrainian origin. Together they make beautiful traditional music. Bitch-mutilation and whore-embalming are the general themes encrypted in the bloody gargles. The guitars are surprisingly ‘wanky’ at times, but a little flourish can go a long way in this kind of thing. A nice balance of brutality and panache on this 2018 CD, their first album, with traces of the guts of Repulsion, Exhumed, Wormrot smeared here and there. The duo display tight synchrony, but not in a gay way. Deadpan nurse sampled inscrutably on t.14, which, at 3m27s, is about a minute longer than the second-longest song.

T.s 1 and 15 are proggy guitar instrumentals. T.17 is an a capella cover of Taylor Swift’s ‘Should’ve Said No’ sung by a young female wearing loud headphones. An older brotherly clandestine recording prank perhaps? Regardless, it may be the most blood-curdling thing on here.