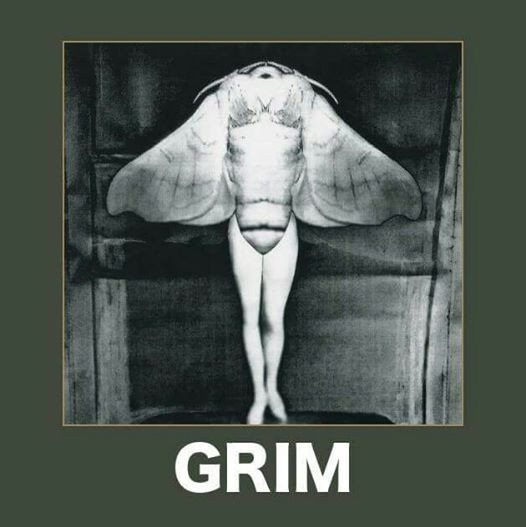 Grim is the Japanese industrial/power electronics project of Jun Konagaya. Previously, Jun worked with Tomasada Kuwahara in White Hospital, releasing one full length album, 1984’s Holocaust (in our library), before parting ways. The first Grim album followed shortly after in 1986, the incredible Folk Music. Jun continued releasing work throughout the 80s (including some surprisingly gorgeous folk), and then took an extended break to pursue his tenkoku practice. He returned to Grim in 2013, and his new material caught the attention of Tesco Organization, who released 2016’s Orgasm and brought Jun to Europe for his first international shows. Since then, both his old and newer material have been more widely released and his work has deservingly found a larger audience. This cassette EP was originally released at a show in Tokyo in Spring 2017.