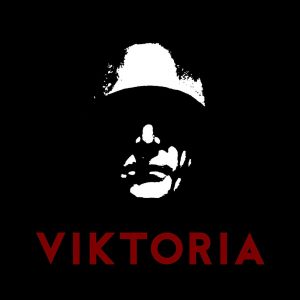 Sweden’s Marduk, founded in 1990 and named after the patron deity of ancient Babylon, is truly one of the ‘O.G.’ Scandinavian Black Metal bands. Despite many lineup changes, the core brand has been preserved, and pressed ever forwards, by guitarist ‘Morgan’ (real name Patrik Niclas Morgan Hakansson)– who, by the way, allegedly still possesses skull fragments from the suicide of Mayhem’s vocalist ‘Dead,’ which were mailed to him by that band’s guitarist Euronymous.

Marduk have shown a more-than-passing influence in Third Reich history for a long time, perhaps culminating in 1999’s divisive ‘Panzer Division Marduk,’ an album of start-to-finish, hammering ferocity and speed that declared Marduk’s intention of being the world’s fastest Orthodox Black Metal Band. With each album since that time, Marduk seem to have gotten faster AND more politically provocative; and like Slayer before them, every album has had to have its ‘Nazi’ song, e.g. ‘The Hangman of Prague,’ the masterful opener of 2004’s ‘Plague Angel.’

Vocalist (since 2004) ‘Mortuus’ has said: “A band that claims to play Black Metal must always have Satanism and nothing but Satanism as the highest priority in their music and concept as well as in their personal lives.” The occult cannot be political. The brutal experiences of German soldiers during WWII (such as half-German Morgan’s grandfather) seem to be the focus on this album. The Nazi Total War machine seems to resonate with the band’s Satanism, and they’d hardly be the first.

When Marduk announced a gig in Oakland in 2017, the Bay Area Antifa all got their periods at the same time. Some of these sad individuals (none of whom would have lasted five minutes on the eastern front) must have even gotten it into their heads that Marduk are in the propaganda business. Anyway, the cows mooed, the AK press paperbacks fluttered, and the show (to which we did have tickets) was cancelled by Oakland PD following threats against the venue.

As if in defiance, this new album is a cold-blooded killer, incorporating absolutely merciless pummelling of the kit and pithily original riffs that flicker across the surface of the battlefield, bloody shreds of Beethoven scores repurposed as munitions. Iron-throated Mortuus also manages to growl melodically on t.2. Air raid sirens and falling bombs both make appearances. The last track is CyThoth’s favourite. Marduk have always approached their sound like a Death Metal band, prioritizing hyper-disciplined musicianship and polished production, an approach that works very well here.

Tl;dr: this is ruling traditional Black Metal and a slow/painful/non-negotiable death to all members of Bay Area Antifa.