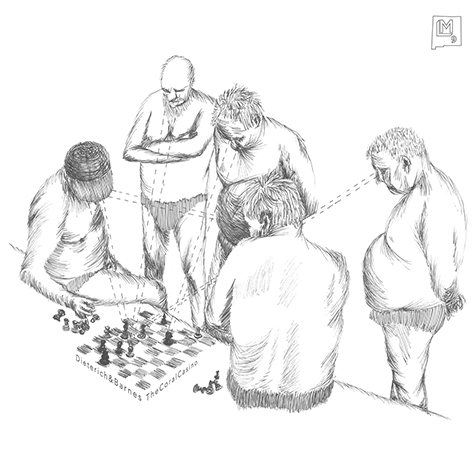 The day after they met, John Dieterich of deerhoof & Jeremy Barnes of Neutral Milk Hotel sat in a room and attempted to ignore each other while improvising. The resulting music is synthy, polyrhythmic, a bit like Ghanaian pop music, a bit like fusion jazz. Soulful.
Jeremy heads LM Duplication, they’ve released Eastern European traditional sounds. This makes for a provocative contextual wrinkle.