Chrystal Oaks is Swedish rapper, Prosperous. According to his bandcamp page, Prosperous has been on the Swedish Rap Scene in crews PLANT OF TRAILS, ASSIMILATED SPECIES, and BRIEFCASE ROCKERS. This release is from the Finnish Hiss Tapes cassette label. Considering that Prosperous has collaborated with Subtitle, it’s no surprise that the tracks are experimental and alternative hip hop. There isn’t little to interpret, his skills rapping in English are clear. There are noisier elements in several tracks, begging the question as to what is used in production. With a growing trend in indie hip hop heading towards angst/rap/scatter/assault, this cassette is refreshing. It’s more palatable for those fearful of the more aggressive sounds. I am looking forward to learning more about Prosperous, his previous releases, and the Swedish rap scene. 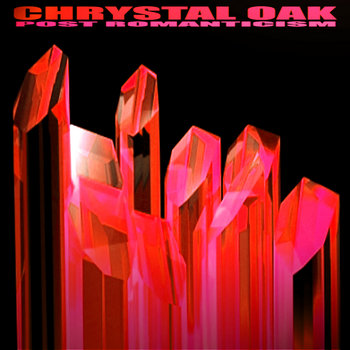 Thanks man! here??s our new release. The 1st Plant Of Trails album in 12 years! http://prosperous1.bandcamp.com/album/plant-of-trails-game-over