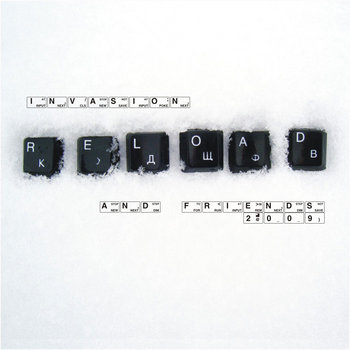 2009 Collection released in Belarus. Tracks by 15 artists ranging from hard techno to gabber and dutch hardcore, drill and bass, death industrial. The album starts off with Asche’s “Deadeyed Little Man” with an unrelenting 909 techno kick and just gets darker and harder as the album goes on. I’d never heard any of these artists here, but I will definitely be on the lookout for them from now on. Often very industrial sounding, hard, and punishing, especially some of the gabber efforts like Synascape’s “Luka” and Winterkalte’s “Ban Uranium Depleted Weapons 2k9, ” and Punish Yourself’s “French Pigs” which reminded me of being 16 and listening to Ministry. Danceable and incredibly fun, bassface all around. The album is finished off with Xabec’s “No Disko,” one of the most evil ambient tracks you could ever possibly imagine. Great album, not for the weak of heart or ears.