Antanas Jasenka – “an Artist and a Plane” – [Electroshock Records] 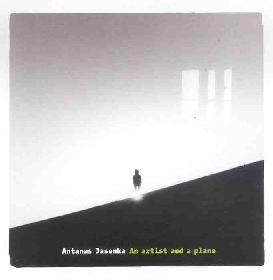 Lithuanian artist Antanas Jasenka’s 2004 release is electronic musique concrete. There are elements of ambient and drone, lots of manipulated vocals, cut up samples and digitally generated tones. At times it almost borders on industrial, but never really gets too harsh. There are times where the sound can kick you in the face, but it’s not (entirely) overwhelming. Well made, conceptual, and artistically executed.